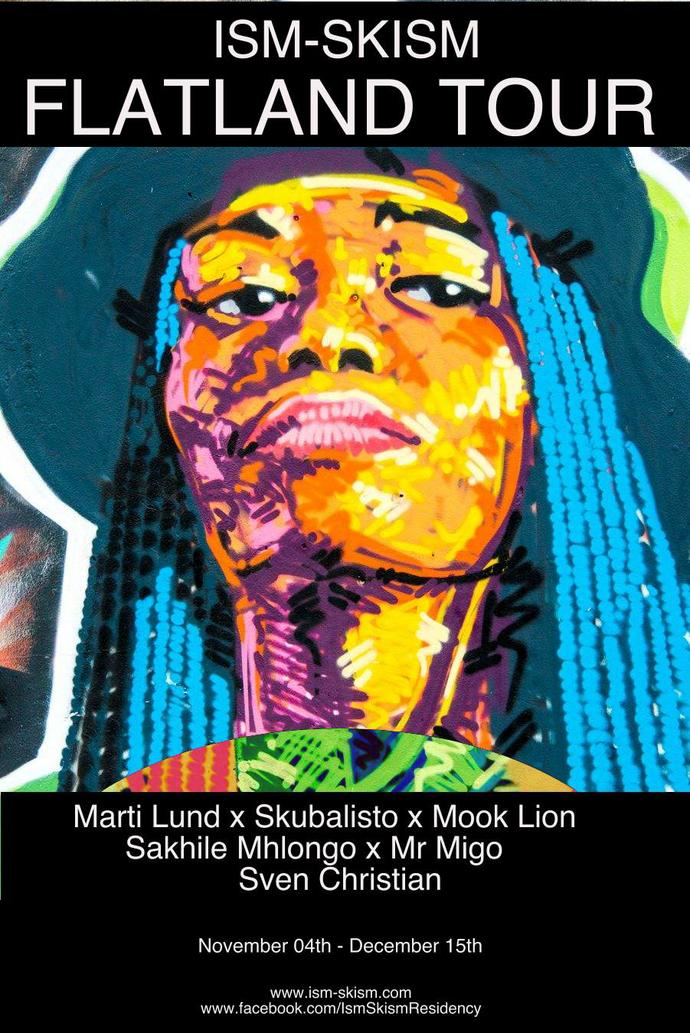 Popularly known for its art scene, the small, tourist town of Clarens in the Free State has recently born witness to a new creative wonder – so-called urban art.

As with many galleries – seemingly elitist and inaccessible - most of the local community does not get to experience the beauty and fascination of art. However, recently, this practice has been targeted by a new artist residency that aims to break down these barriers – 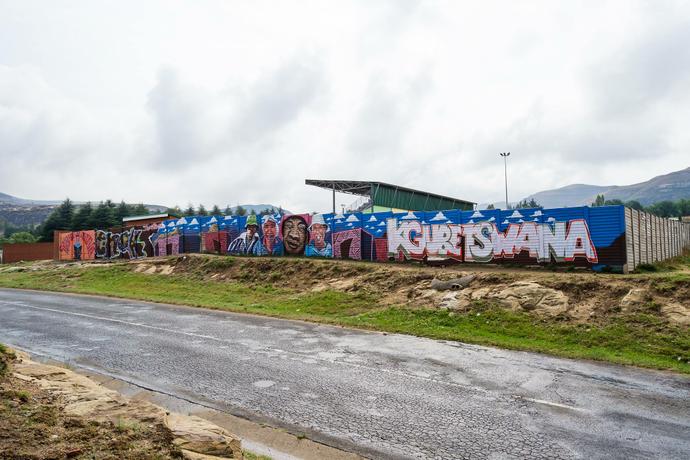 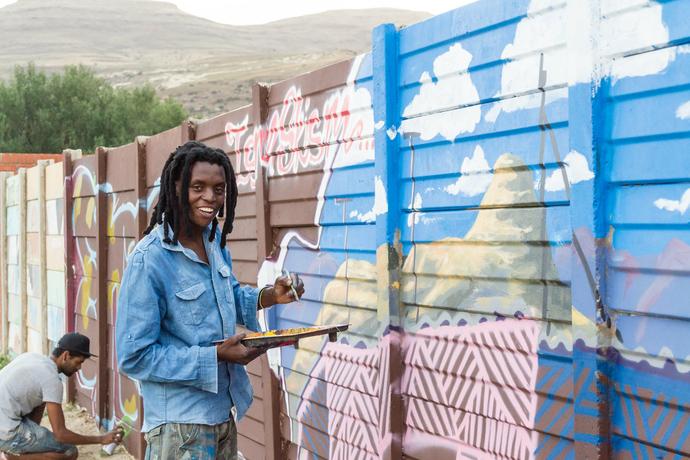 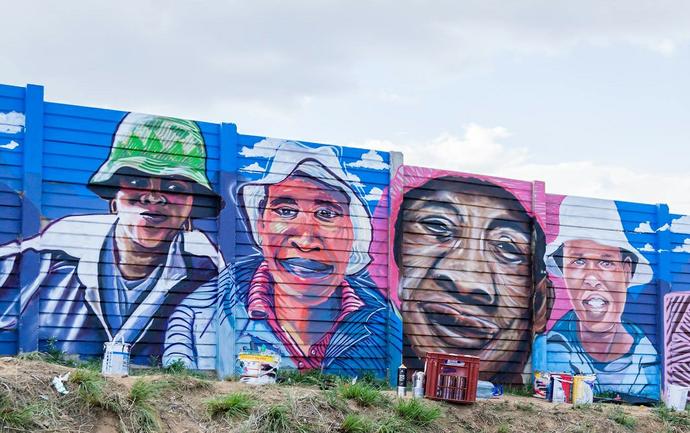 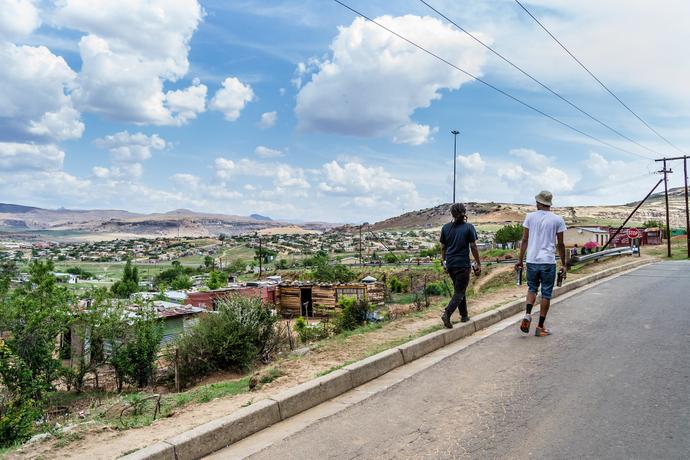 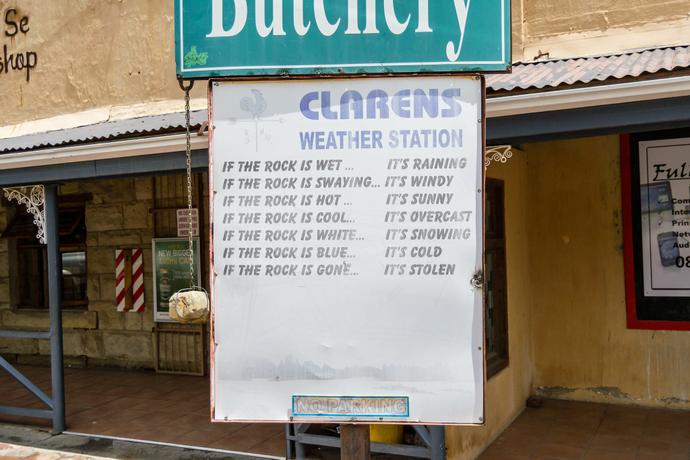 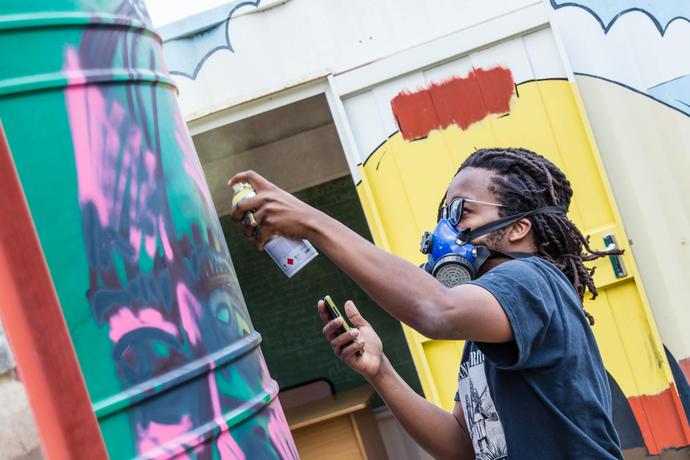 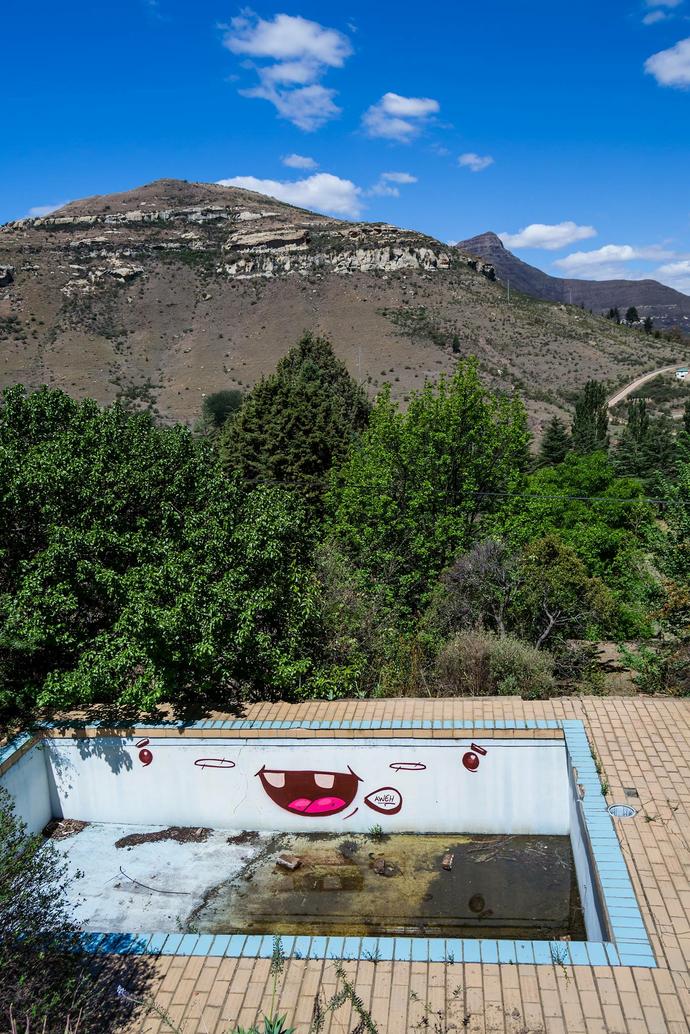 “The idea behind the residence is to bring artists up for a while and have them working in the space, producing their own work and engaging with the local community. We wanted to make work that is there for everyone to appreciate, rather than just those who could afford to frequent the more affluent town square.” – Sven Christian

Armed with spray-cans and paintbrushes, the artists began to create work throughout the town and nearby township. They collaboratively painted the Tshepong Care Centre, followed by a number of other spots in the days that followed; walls, boards, storage containers, water tanks, tuck shops, houses, shebeens, even the Kgubetswana Stadium.

“We were painting murals during the day and working on our own stuff at night. We would’ve kept going had we not run out of resources.” 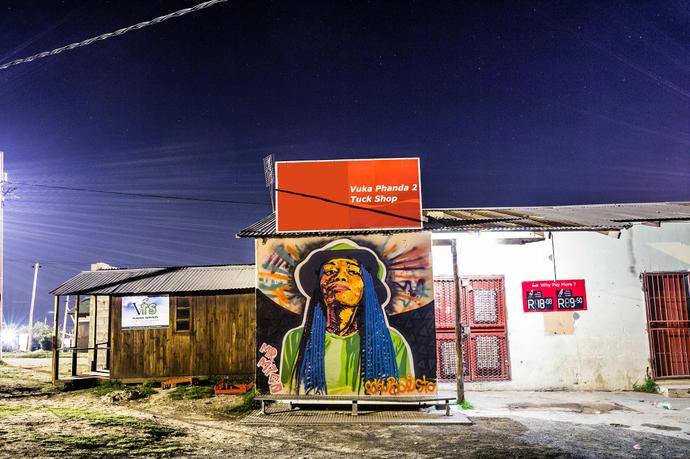 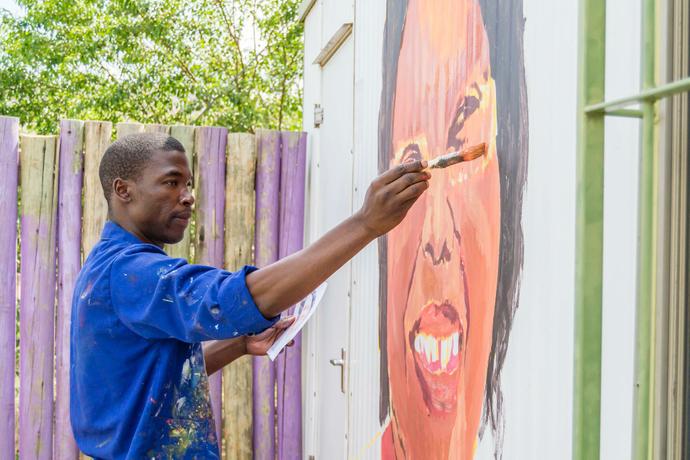 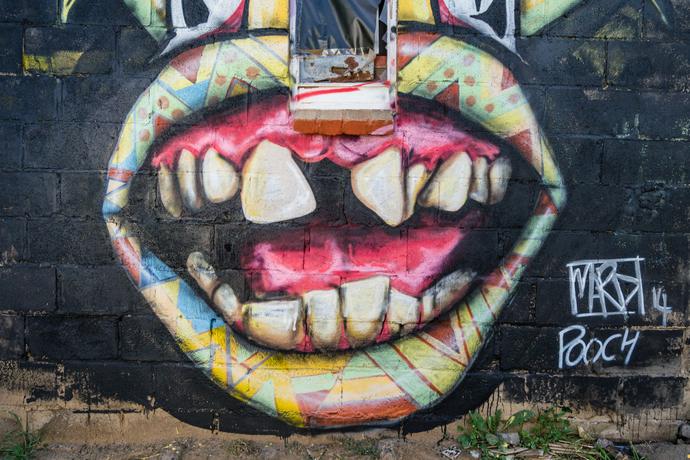 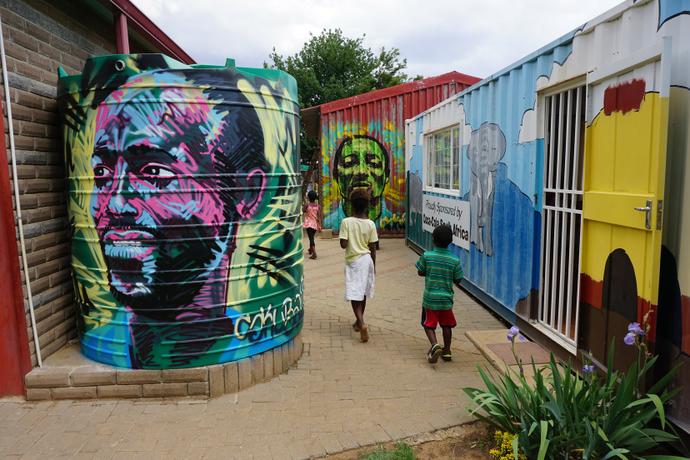 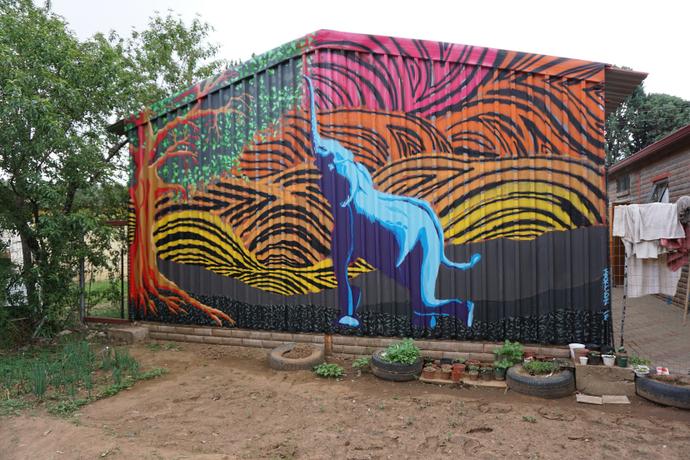 The presence of the residency echoed throughout the landscape to people of all races and classes. The town had embraced the project, its youthfulness and its energy, both directly and indirectly. The residency was truly embodying its manifesto.

The climax of the tour was an exhibition of the week’s work within the Ism- Skism gallery space. Aside from work produced for the exhibition, the group have chosen sell photographic prints of their mural work in an attempt to both raise awareness for these spaces and help fund the next gig. 50% of these proceeds will be donated to the Tshepong Care Center, while the other 50% will go towards the next venture.

The exhibition is not only an attempt to both showcase and support these artists, but a fundamental effort in order to regain the money spent on creating these murals and create a platform for future projects.

As an off-shoot from Ism-Skism and the Flatlands Tour, Sven and some of the artists will be heading to Durban to indulge in more art making – and more community work. Functioning as the Crate Collective, they will continue their momentum and conduct workshops within various spaces, in hopes to reflect creative energy that could become a catalyst for the community’s own enrichment.

“Our next venture, the Shore to Shore Tour, attempts to move forward to Durban with the momentum and experience gained from the Flatlands Tour in Clarens. We’re heading that way on the 21st of November.”

“For the first project we will be working hand in hand with the Hillcrest Aids Centre, focusing on underprivileged community centres within the Inanda Valley, namely; the AIDS centre, a local school, the community hall and the children’s hospital. We’ll then head further north to the Mkuze area where we aim to take the art to severely under-resourced educational areas. We will be working with Mdolomba High School and Ezimbidleni Primary School.” 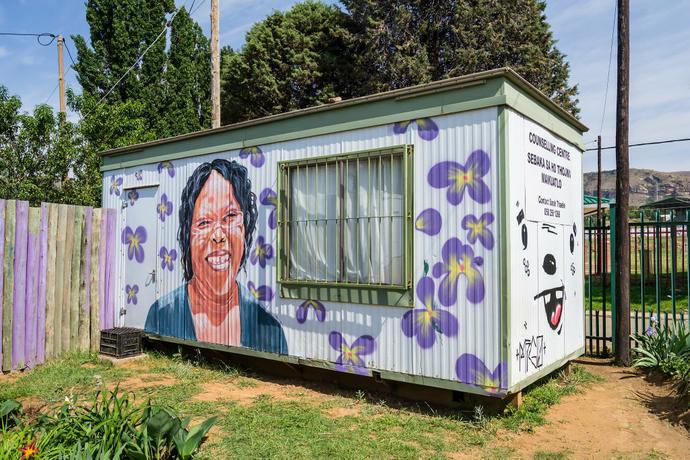 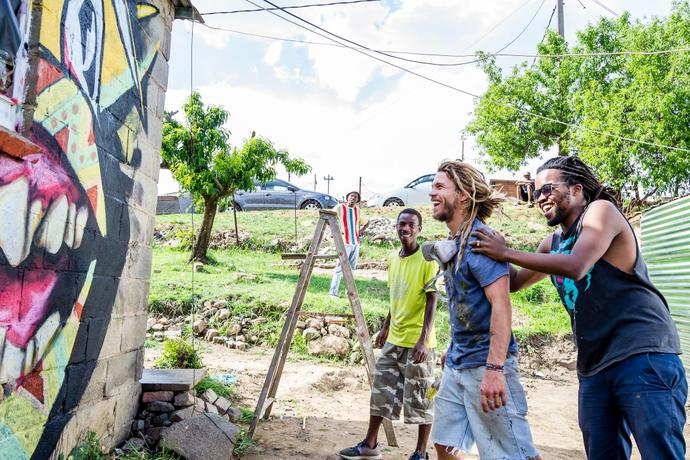 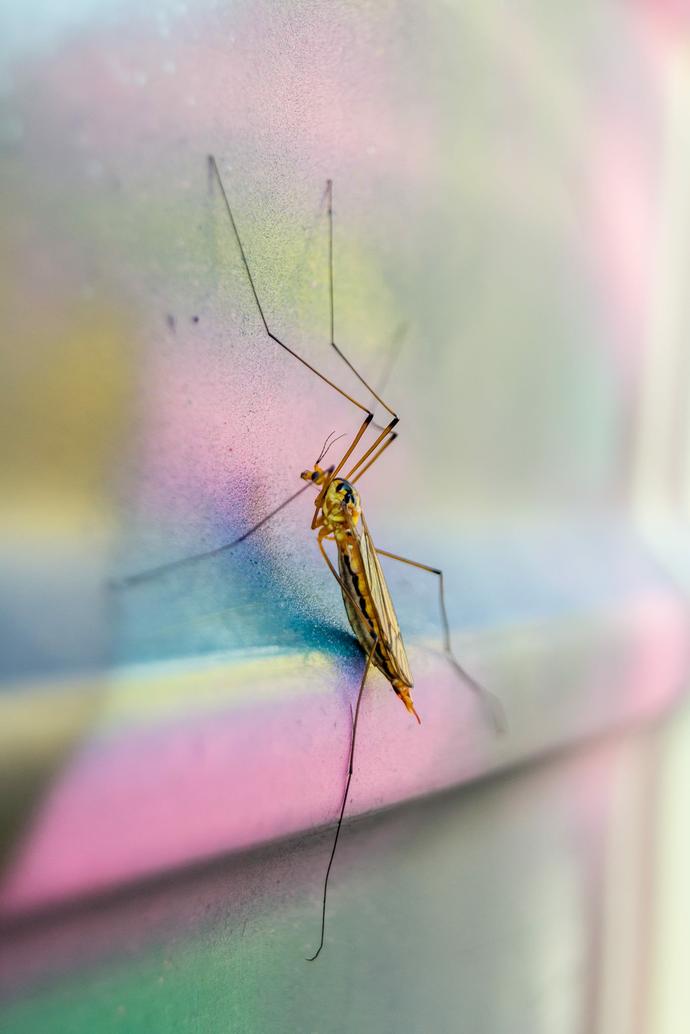 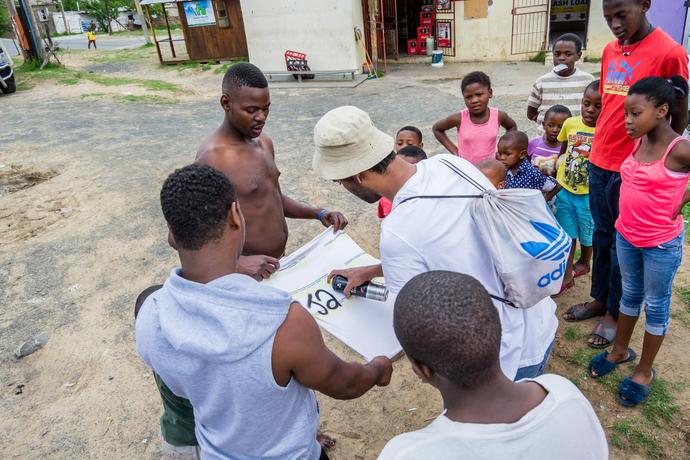 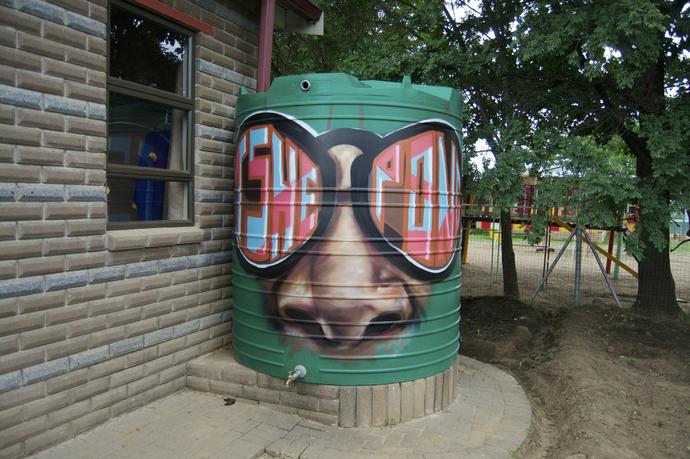 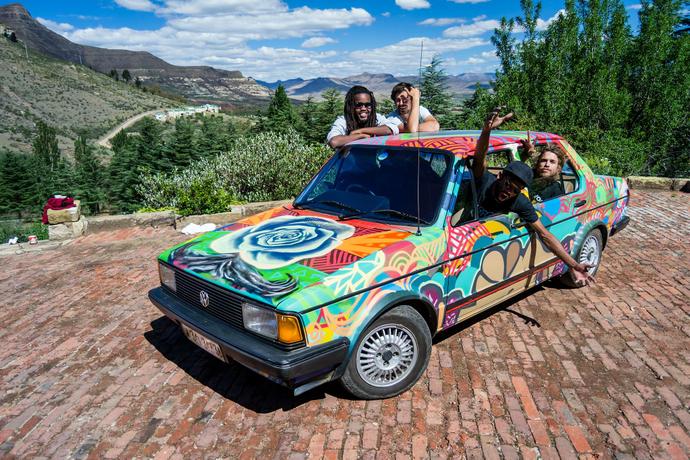 Ism-Skism is an artistic residency that is constantly looking for artists who wish to explore, engage, and catalyse change. If you are interested please go to www.ismskism.com or email sven@ism-skism.com, for more information. Likewise, if you are interested in getting Ism-Skism involved in your own community, please do not hesitate to get in touch.

Special thanks to Sven Christian and the Ism-Skism residency.