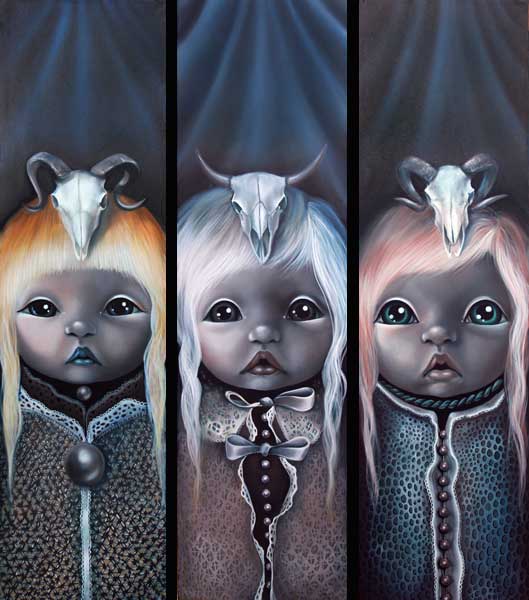 The artwork of Jade Doreen Waller is characterised by an ethereal punctuation of symbols, whispering of a magical momentary fusion of the past, the present and the future. Waller’s allegories, a glimpse into her world, are superbly realised with meticulous detail, reminiscent of Dutch and Flemish styles. Her works are inescapably alluring, enticing one into a deep oceanic subconscious, aesthetically aided by the classical yet uncluttered compositions, the smooth sumptuousness of paint, cold pearlescent colour, tangible and accessible detail, and the radiance of dark contrasts.

Like the jellyfish, Waller says, one can easily become suspended between the beginning and the end of life, carried away by the ocean of circumstance between the surface and the seabed. Ironically, though preoccupied with birth and death, Waller’s work captures the transient currents between these two points. The corruption of heavy experience hangs on the eyelids of innocent dolls, whose thick black lashes gaze downwards intensely, contemplating their own vulnerability. Suspended in Satin cocoons, they hover between the end and the beginning, between the beginning and the end - like pupas without agency, programmed to hatch. Images of dead trees, brittle skulls, classical clocks, busy rats, graceful hawks and puffy moths are all part of Waller’s symbolic vocabulary, suggestive of experiences which, for her, have the tendency to steal both an authentic self and the real ‘here and now’ moments of life. Such reflections are necessary, Waller says, because, “continuously faced with the arrival and departure of life, we often lose the sense of what everything in-between means.” 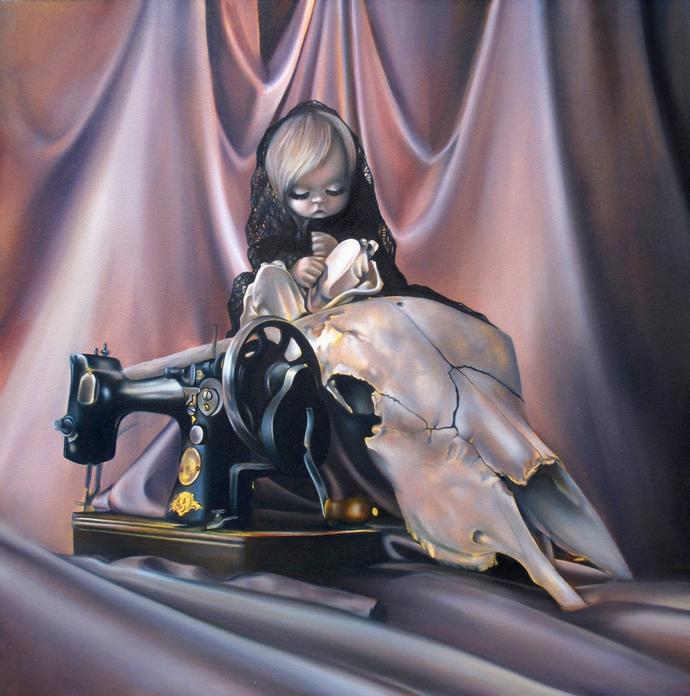 The scenes of Waller’s works are set for performance, transcending their permanence; she sets a stage, reinforced by the theatrical drapery of symbolic punctuation, all composed with a discerning design sense. The bizarre juxtaposition of objects, their unexpected arrangements, and their realist but metallic execution all work to create artworks that speak to the discourse of Pop Surrealism, in which young artists use traditional methods in contemporary ways.

Her ability to innovatively manipulate and combine contrasting images offers a lucid insight into how Waller interprets and perceives her surrounding reality. Although this young and innovative artist is freshly graduated, she is making waves in the interdisciplinary visual art industry with her unique approach to Urban Contemporary art. 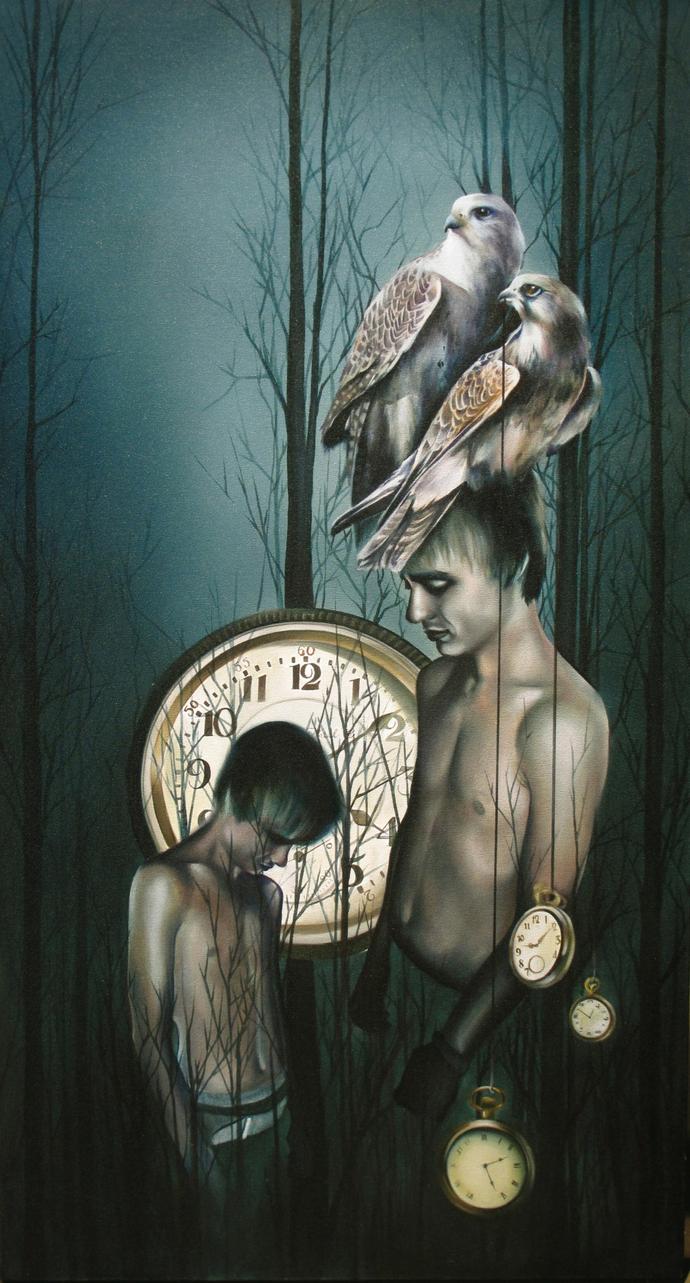 News › EVENT \\ Exhibition: Between Ourselves