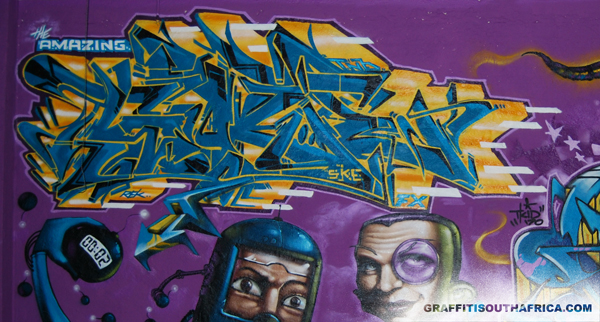 Can you please introduce yourself…

Where do you come from?

I am from a town in Puerto Rico called Carolina.

I started in 81. By that time some guy from the school I was in showed me some pictures of the New York City trains painted and a couple of outlines from NYC legend, Phase 2. Immediately I was like ‘wow’ I have to do this, so I started to write there and then. Soon a lot of other writers started to write too. I was one of the first writers in Puerto Rico.

What does graffiti mean to you?

Graffiti is my passion, my life - a way to say a lot of things without talking.

You are a versatile graffiti artist with 3D and wildstyle letter sets, as well as realism and cartoon characters. Were you ever a bomber?

Yes, when I started I used to bomb a lot to get my name up.

At which point did you start making a career out of graffiti, and why?

When I was getting better people wanted me to paint on they stores and on their houses.

What are your views on the commercialisation of graffiti?

It’s good because you are doing what you like and getting paid for it.

What do you want people to get out of your work?

I try to inspire people and show them what you can do with a couple of spray cans. 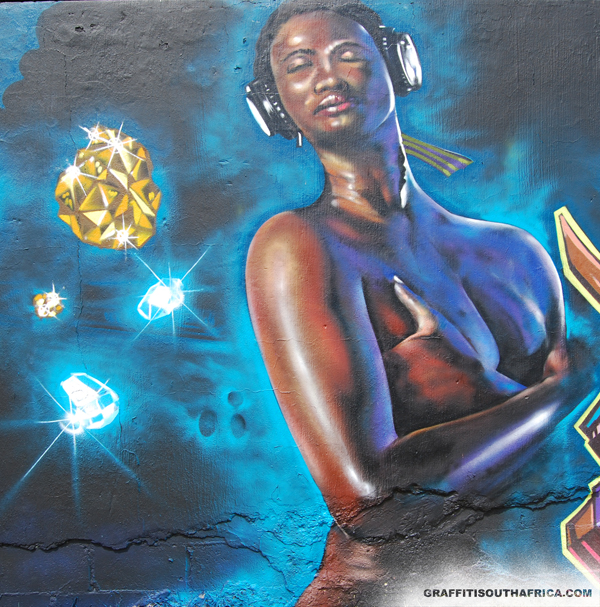 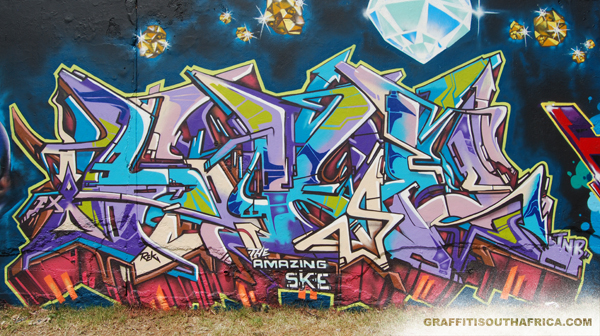 Where has graffiti taken you?

Graffiti has taken me all over the world. Travelling, meeting new people, and experiencing different cultures.

You have recently been in South Africa. Please tell us about why you came here?

Yeah I was there with T-Kid for the City of Gold festival.

What are your thoughts of the South African graffiti scene?

I like the scene in SA. They have a lot of different flavours.

Did you enjoy your time here in South Africa? What do you think of South Africa as a country in general?

I enjoyed South Africa. I feel at home and everybody treated us like family. I had a really good time and it was also good to see a part of my roots because Puerto Ricans are a mix of Taino, Indian, African, and Spanish.

Which writers in South Africa were you most impressed by?

The PCP crew are a really good combination of styles and characters.

Would you come back to South Africa? Do you think your visit has influenced the scene here?

I would love to go back again. I think that what we did is going to inspire a lot of people. Every time you paint you learn something new.

What do you think about the future of the South African graffiti scene?

The graffiti scene looks like its going to keep growing and growing. 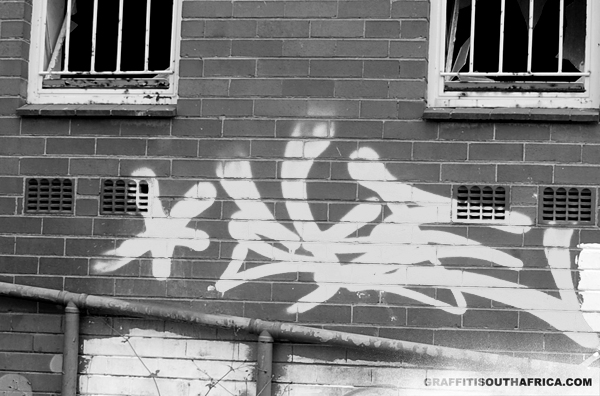 What do you think of graffiti in rest of the world? What styles or artists are you impressed with at the moment?

Now, there are a lot of good writers and different styles all over the world. I like every style.

What do you think about street art? Is there a difference between graffiti and street art?

It’s all part of the culture.

How is your work evolving? What do you think you’ll be doing in the future?

Keep travelling, inspiring people, some gallery shows… I will represent my island.

Who are some of your favourite artists? Past and present.

Do you think there is life on other planets? What graffiti would be there?

It’s possible. I have no idea.

I’m going to France and Spain but I would love to go to some Asian country.

Any advice for the South African graffiti scene?

Keep doing your thing and keep this art alive… Peace

Videos of The Amazing Ske in Johannesburg, South Africa. Made by Ske himself… 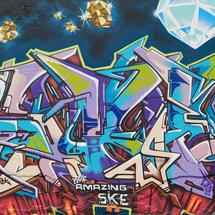