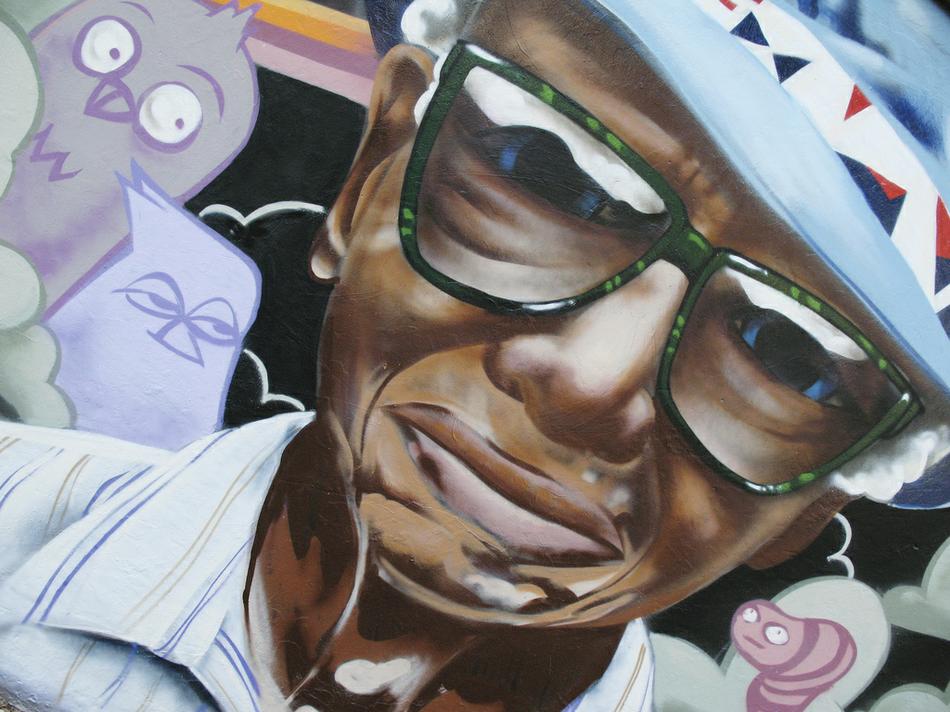 Can you please introduce yourself…

When did you start doing graffiti and how did it come about?

I started in 1999 in London. The track-sides and trackside rooftops were impressive. The mystery of who and how and the energy and work ethic that went into those pieces was a life lesson. I was into art and it was a time of defiance and this was the natural path.

London streets were also fluid, colourful, varied, with strong systems and quality. I could see this on street process and saw the structures within the culture, and it became like a code for me. I could relate similar rules to life.

What does graffiti mean to you?

I’ve always enjoyed that jam atmosphere when people are chilling and painting. It’s becoming more about the artwork now, but I still think it’s a good way for people to collaborate and socialise. It’s a visual medium and so it carries a message. It’s like a voice – it becomes an educational tool, good or bad, to other writers and also the public. I think it’s a good diversion for everyone.

We haven’t seen your presence on the internet for a very long time. What have you been up to?

I started saving pictures for Roadkill Magazine. I have been painting, but not as much as a couple of years back. I have been trying to plot the way forward…

How would you describe style and what would you call the style that you paint?

Style is not only an artists individuality, but more about a level of skill reached by a writer that is working in a traditional graffiti style - wildstyle, euro, realism, cartoon, etc.

I am drawn to more technical work. I am working on a drawing-based style for characters, realism, symbolism, patterns, and special effects. Overall wall design and combinations of styles is always fun and also working on strange shape walls or locations.

You paint both characters and lettersets. Which do you prefer painting? 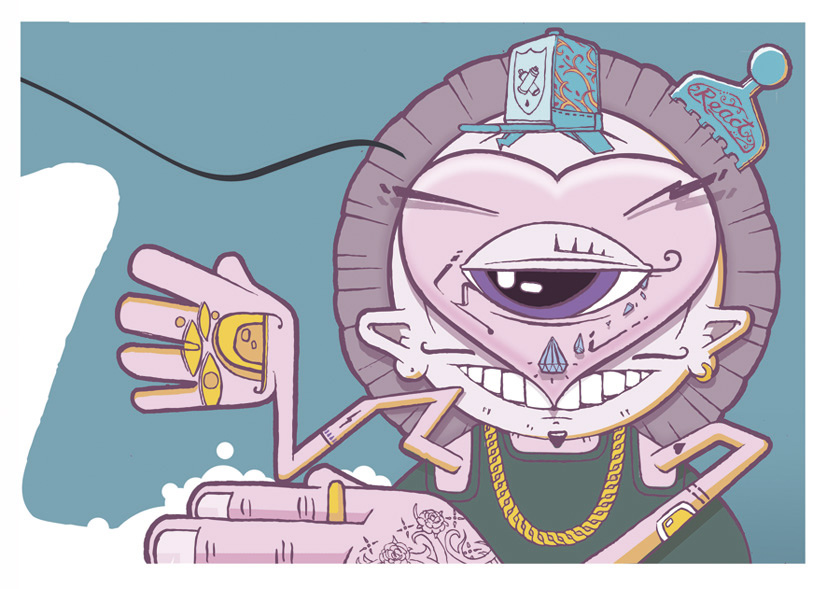 How has your style changed over the years and what are you keen to explore in your new works?

I was never in a crew so I’ve experimented a lot, searching for a style – bubbles, euros, wildstyles, blockbusters, bombing, track-sides, and productions. It’s all part of the process.

The change from local to imported paints improved quality and can control and is allowing us to try more things. I want to explore things like colour, space, proportion, detail, message…

What do you think of current graffiti trends, if any, and where do you think graffiti is going as an art form in today’s society?

I think street art is splintering in a million and one directions but graffiti has essentially stayed the same. It’s just getting more and more polished and impressive. As the original masters mature, graff will also mature – there are more gallery shows, with big money and attendances.

The internet seems to be a big trend and is opening up all the latest work to an international audience. The graffiti art festivals in Europe and South and North America are also pushing the scene a lot lately.

The work by Dabs, Myla, Penfold, Malarky, Inkfetish and a few others is like a new direction, in that geometric vector style. Mural art has always existed, the mediums change but there will always be a place for graff.

Any interesting/weird/uplifting/funny stories from your graffiti adventures?

Fleeing from cops, security and thugs with bullets flying is always fun. When you get out into the streets and neighbourhoods you are always faced with something real and on the ground. In South Africa, it has a lot to do with poverty and it’s humbling. It’s a world that we are increasingly becoming disconnected from as we motor around from place to place.

What is your day-job, and what other hobbies do you have?

Full time ad agency and I balance this with getting outdoors and road trips. 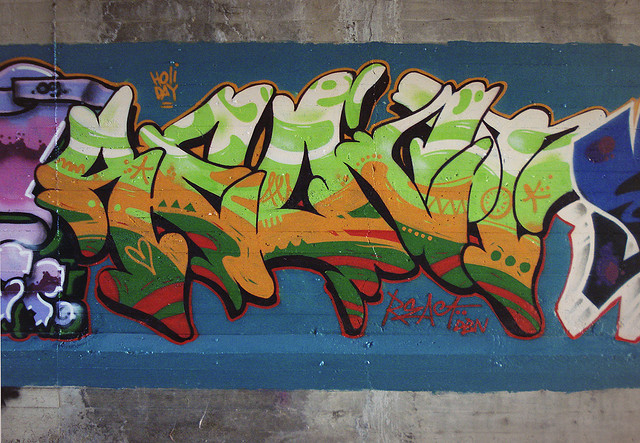 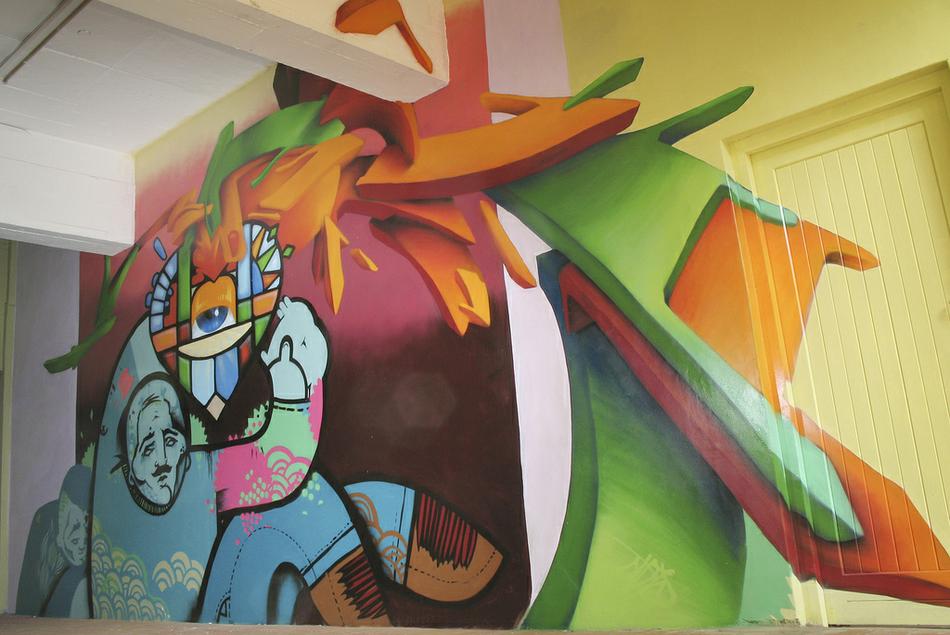 Name a few of your favourite graffiti artists? (Local and international)

Lately, I like the way PCP have worked as a crew. Freddy Sam is doing some big walls and travelling. Faith 47 and Mak1one are up in Cape Town. Rekso characters, Trash realism, and Webz letters are all new and adding to the scene… Due respect to all South African writers who are staying positive!

French graff for me is at the peak of big production walls at the moment. Lead by Da Mental Vapours, the crews out there are tight. They collaborate on a bigger picture, but they are also super skilled individual artists – characters and backgrounds are as important as the pieces and all combine to tell the story.

What are your views on the graffiti scene in Durban? And how are things since the whole 031 Seven saga?

Durban is really quiet and there are only about five serious artists working at the moment. The overall energy levels are low, no man is an island and it is difficult for one or two artists to keep the fire burning alone. Graffiti is very viral so when there is movement it’s catchy. We need more movement and better artworks as this will attract more viewers and will promote the art form. There are a lot of young artists coming up, but time will tell if they stick to it. The 031 Seven saga hasn’t changed much, there were a few walls that went down soon after the arrests but I don’t think they were to full potential.

At some point, some interest and backing from council or corporate companies is good to get some really big projects done. Their conservative approach and the bureaucracy involved here is really difficult to deal with, but they also need a reason to believe and when they see some work that strikes the balance, we will get more space and sponsorship.

Collaboration in Durban and South Africa in general is not happening. Why don’t we have MOS in this country? Write 4 Gold was short lived… Maybe it is a teething problem as this new art form grows in SA, but it would be a pity if the kings can’t work together to claim the kingdom.

I’m looking for more permanent walls and filling the black books. I want to get the ladder out. Working solo but I want to collaborate and try something a little different. 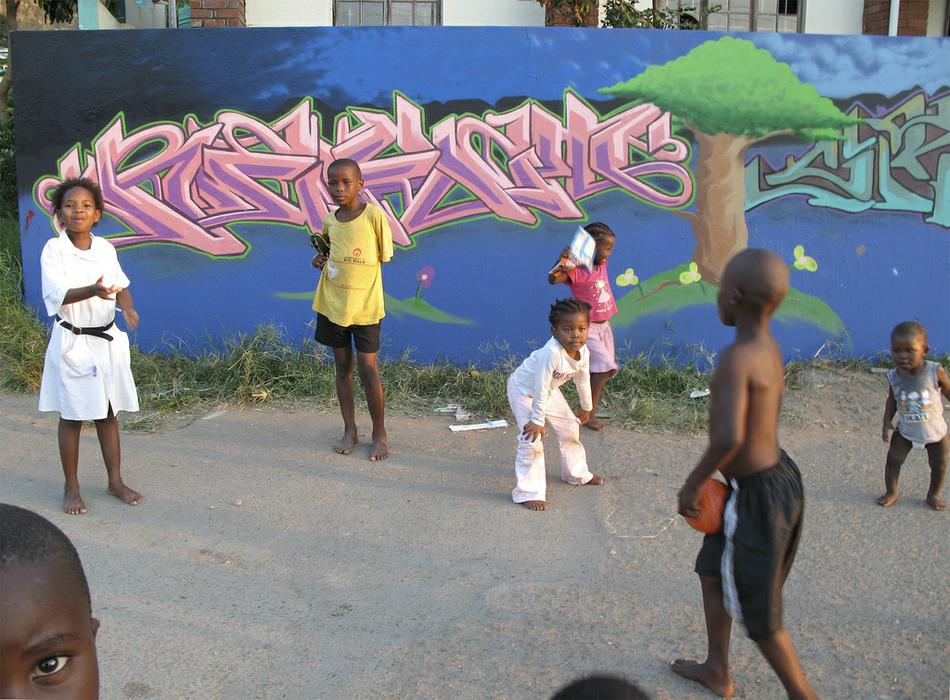 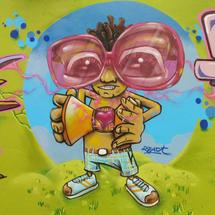