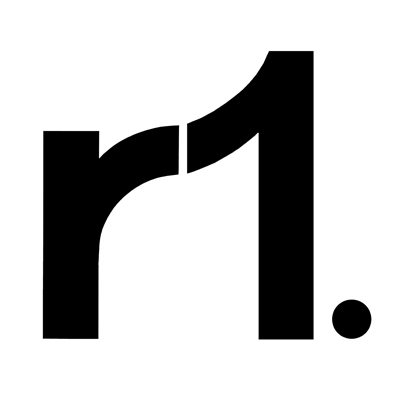 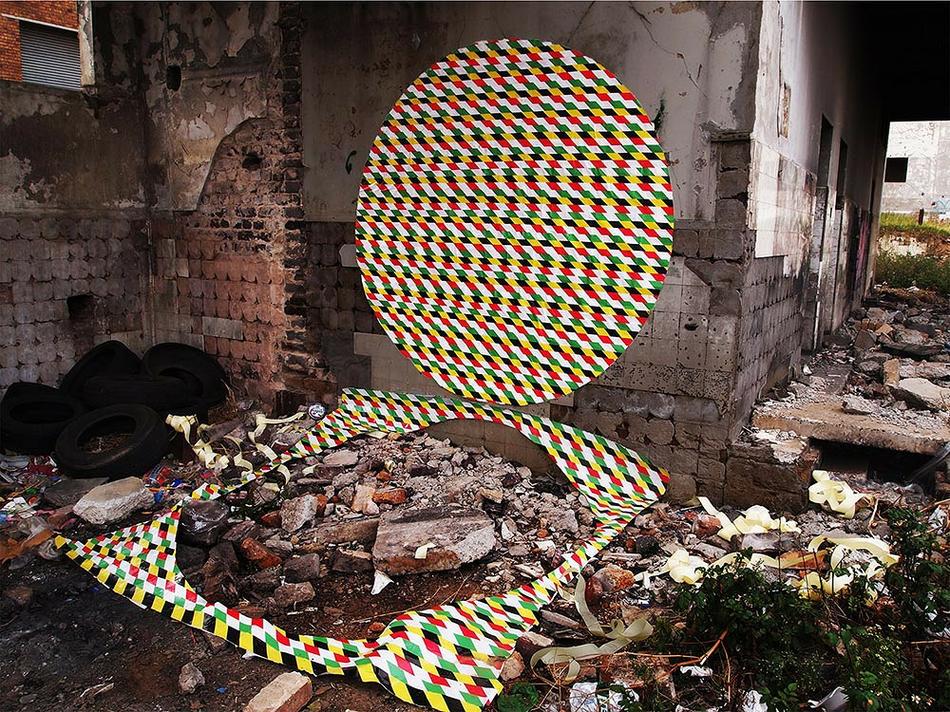 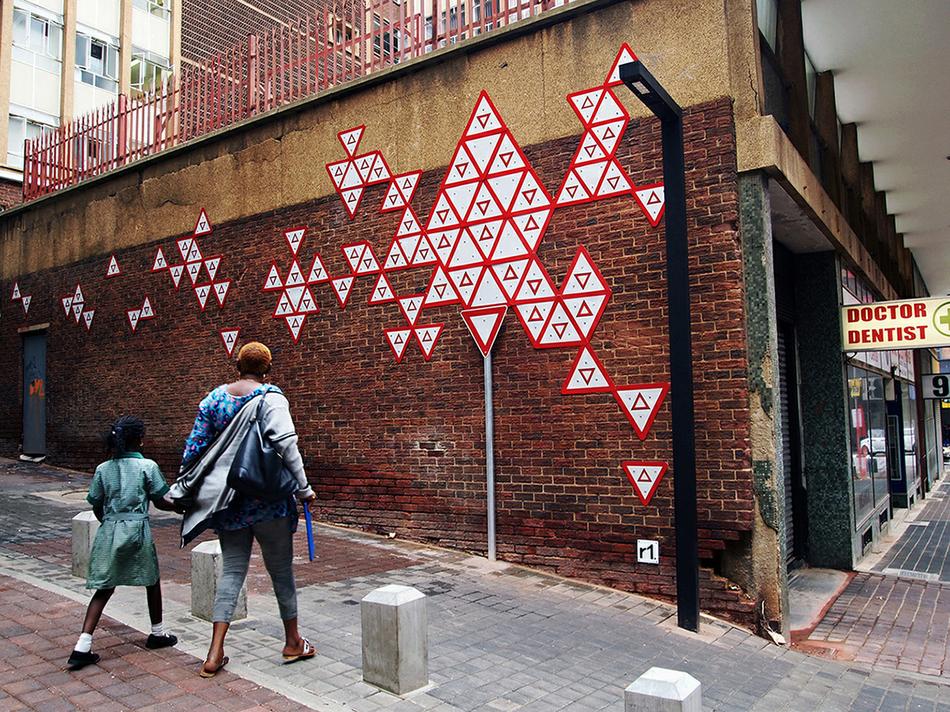 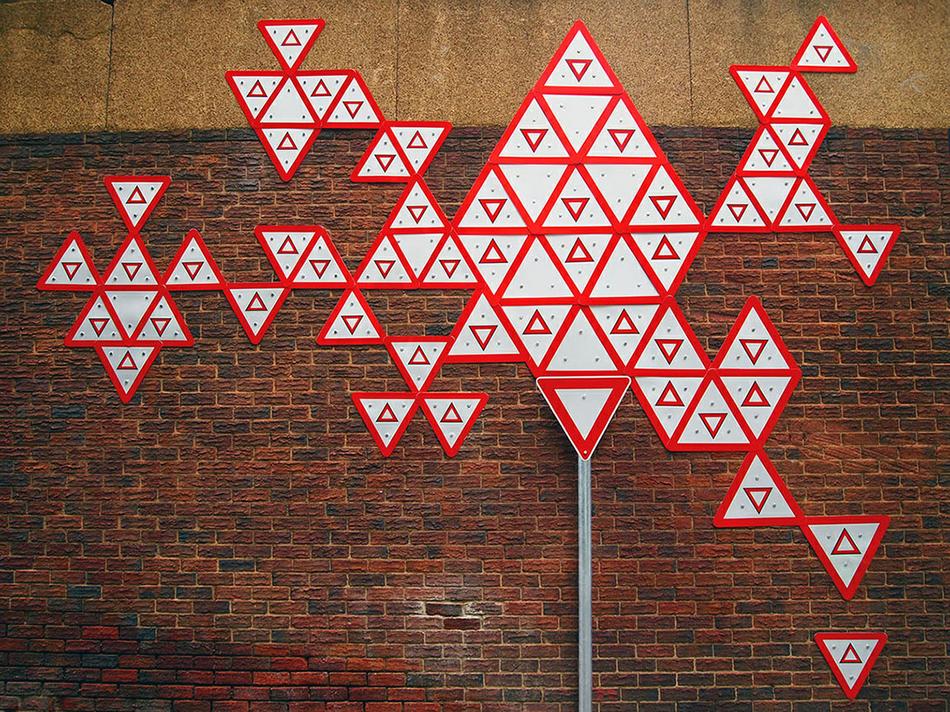 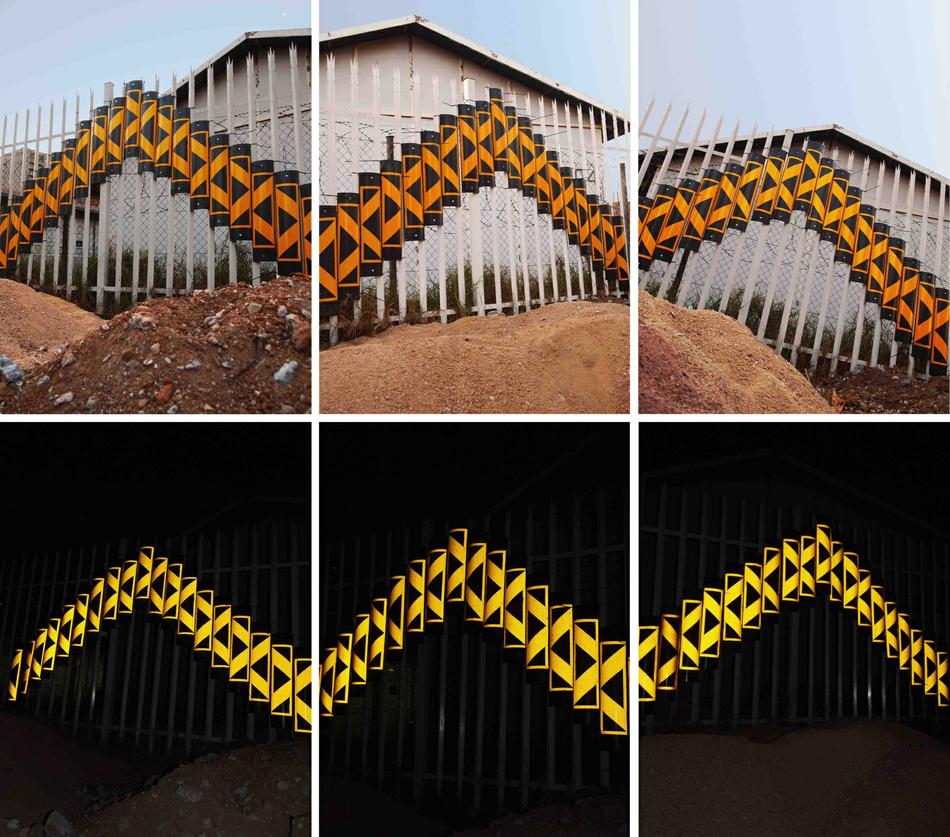 First things first, please tell us about your name, r1.

r1. is a personal abbreviation and has become my street name. Also, in South Africa, if you get something for R1, then you are getting a good deal ;)

Your artist statement is very interesting and is a great introduction to your ideologies. Do you create the work for yourself, for others, or for both?

Both. The streets belong to everyone. What I find fascinating about working in the street is the interaction that takes place between the passer-by and the art piece. As soon as you put a piece up it gets a life of its own and becomes open to interpretation.

To me, it is important to stay true to my craft and maintain personal creative expression. But with this craft also comes a responsibility. Ultimately, the artwork belongs to the street and the people that live in it, and the mark that each artist wants to leave (aesthetically and as a message) is something that each one needs to figure out for his or herself. 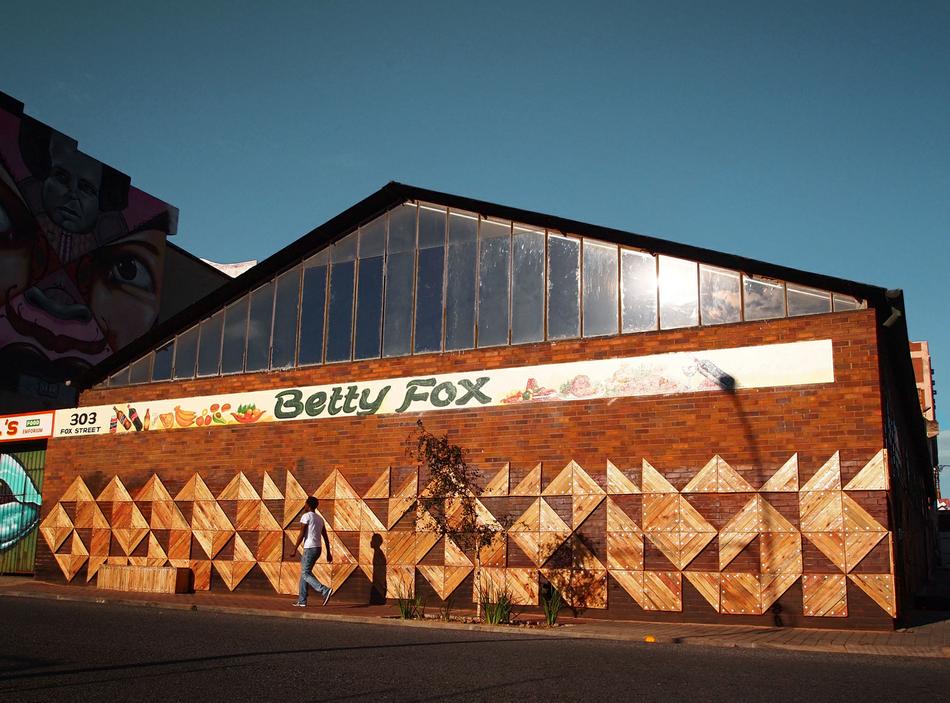 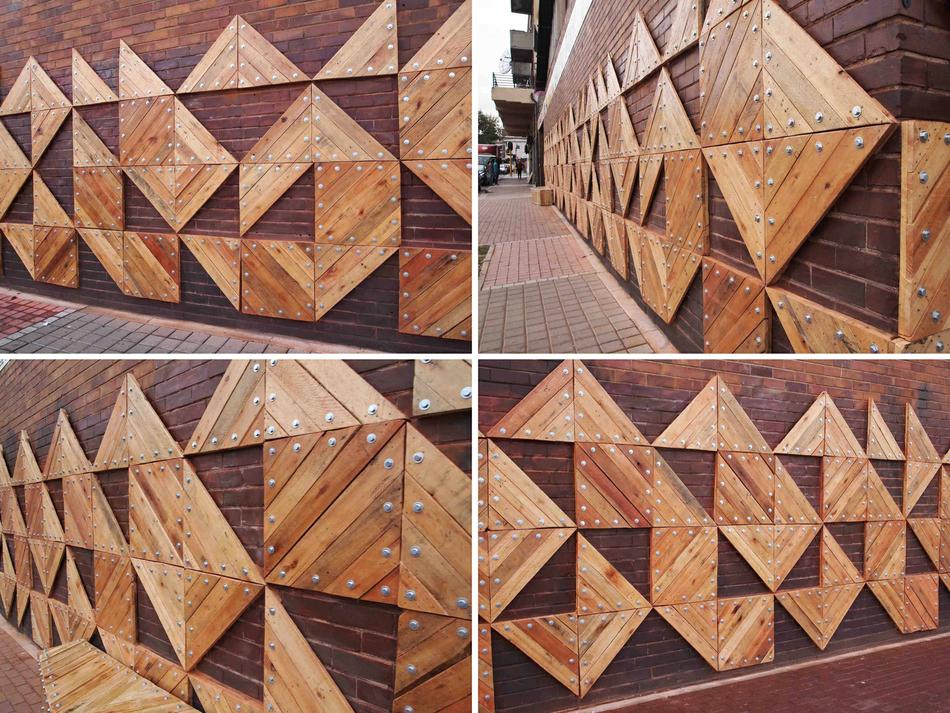 Your work is quite mature, almost as if you have a fine art education. Did you study art? You are also very hands-on with your work.

Yes, I did study fine art, and that stage played an important role in my creative development. But the most important thing I learned from my studies was that I wanted to do ‘art in the street’. At the time, it seemed that art could only happen in a gallery space. The funny thing is that as soon as you build walls around it, art itself and its interpretations start falling into conventional norms. What I like about making art in the street is the freedom of expression. It has challenges but is never restricted. I believe it is different than most forms of art because it is not limited to a specific space. The ‘nature’ of the street is never to retract; the streets only expand.

In my early years, I experimented with different media, sculpture, paintings, light-boxes installations, etc. It’s always been ‘hands-on’ for me. Using different materials, tools and equipment helps me expand my range of work.

You spent a fair bit of time overseas before settling back in South Africa where you really started pushing your work. Where were you based, and did the international street art scene inspire you to take your work outside?

Yes, I lived in London and Brighton.

The international street art scene had a major impact on me. I was admiring what these guys were doing and a particularly street artist that inspired me was JR. It was not necessarily his artistic medium (paste-ups) that fascinated me, but rather his creative drive and passion. In England, I started with a new body of work and r1. was born.

Tell me about your process before you create a new piece?

My creative process works in different phases First, I discover a material, without knowing the intention of what to create with it. Second, I let my material show me the location, where it would play a most effective role (for instance in a derelict building, in the middle of a square, etc). The relationship with the material and the location becomes something new and of its own, I facilitate this process.

Then, I execute the action. I plan it carefully, I take a lot of details into consideration, I develop a method, and I have a vision of how it will look, but it is commonly the case that the project can turn out different than I expected. Especially in the street, I cannot fully control my environment, so to some extent I must let go and become the mediator, the tool through which the piece acquires its own life.

The most important thing for me is to follow and document this journey. Although the material and creative method can change over time, the process stays the same. It all comes down to action and the end result leads to exciting and fulfilling new discoveries. 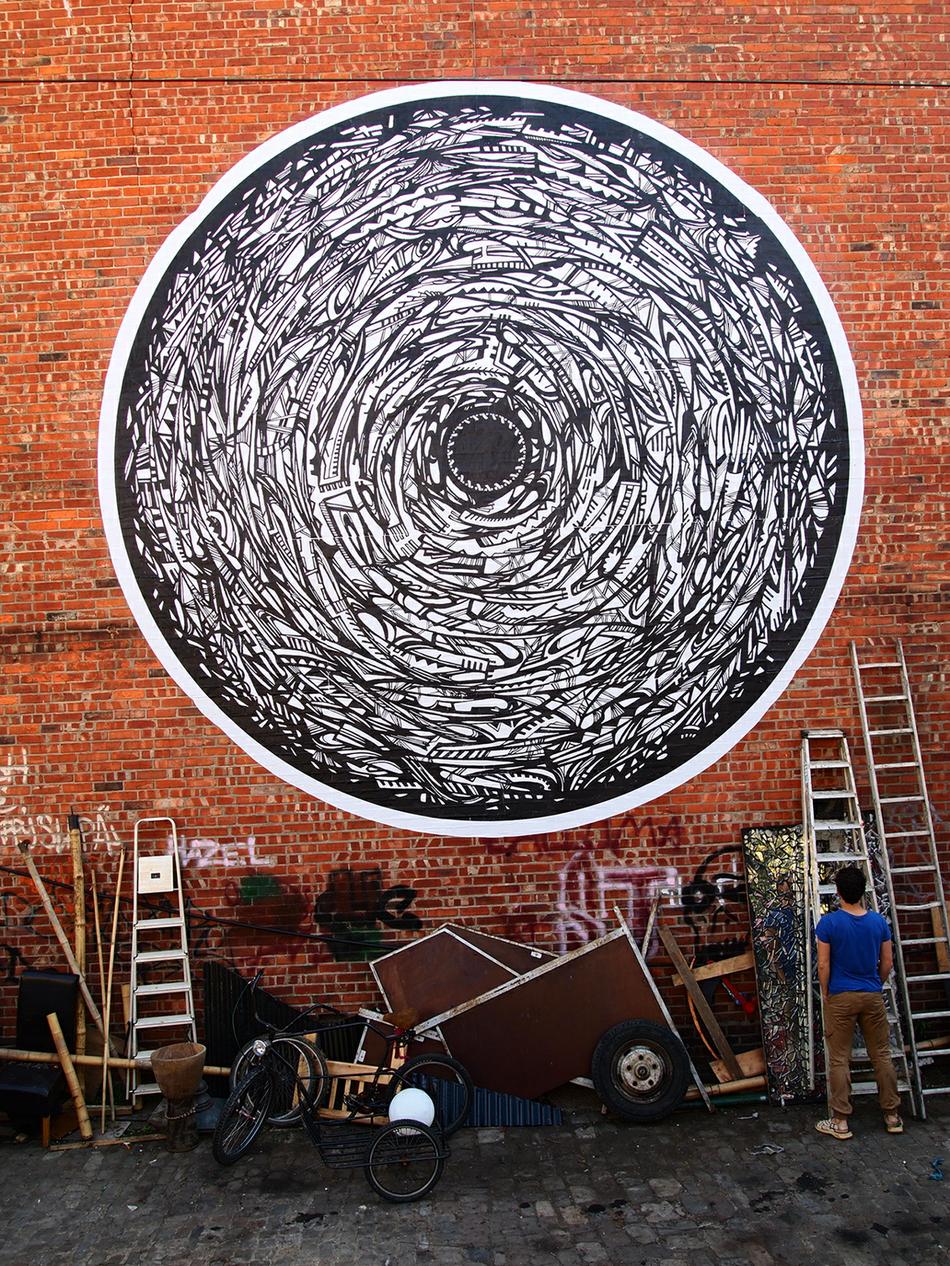 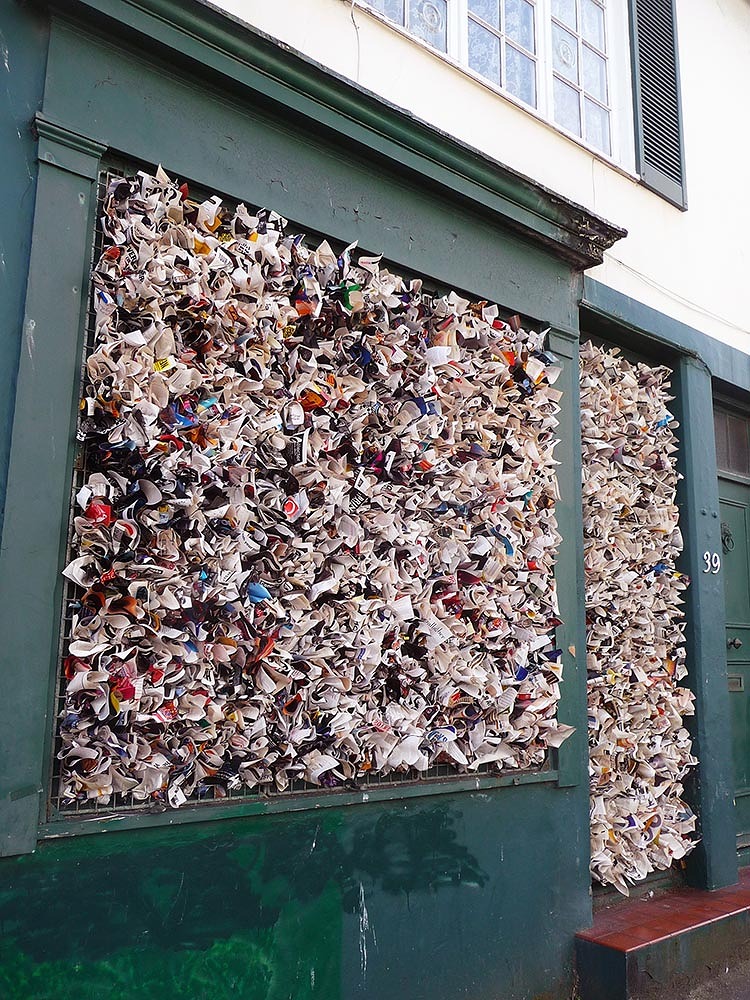 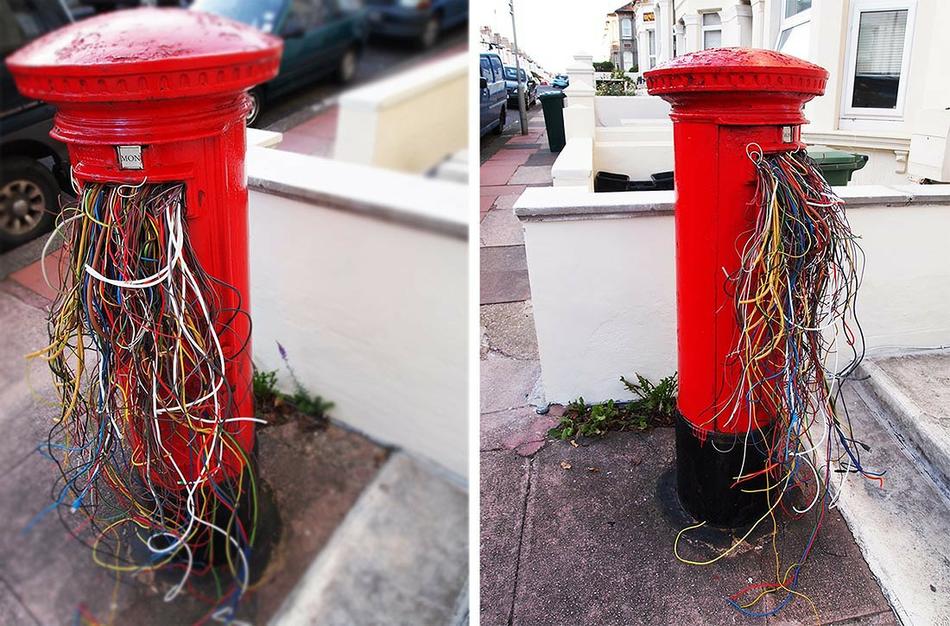 Some of your work falls into the public art sphere. Have you had any commissions?

Yes, I have executed commissioned artworks from Special Area and Improvement Districts
(SAID), Trinity Sessions and the Maboneng Precinct. These projects gave me the opportunity to establish myself and manage large funded permanent public artworks.

What are some of your favourite pieces that you have done?

It is difficult to say. My favourite piece is always the one I have just finished :) If I have to choose; there are two that I have a particular soft spot for: 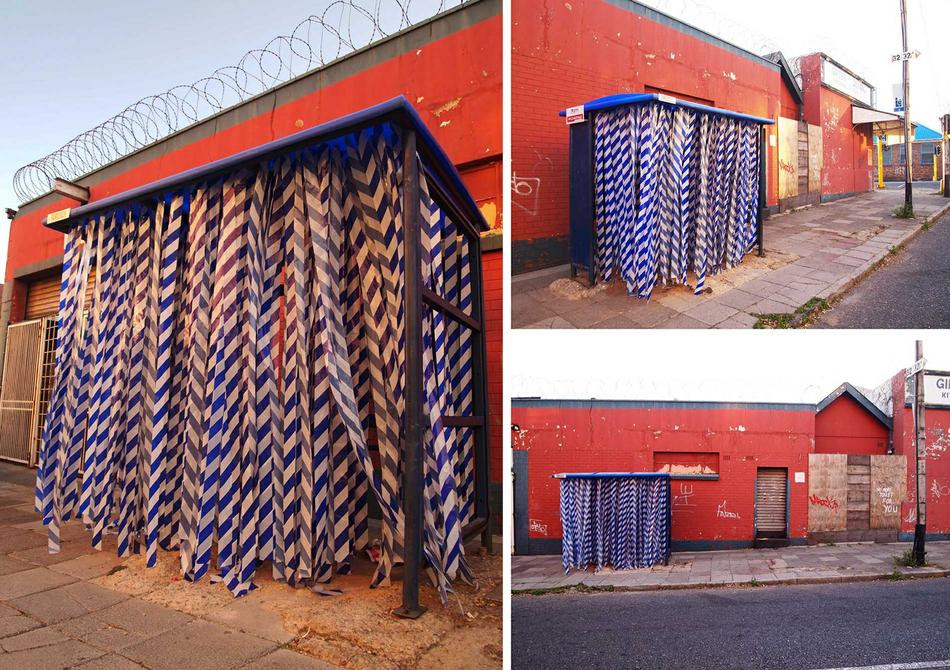 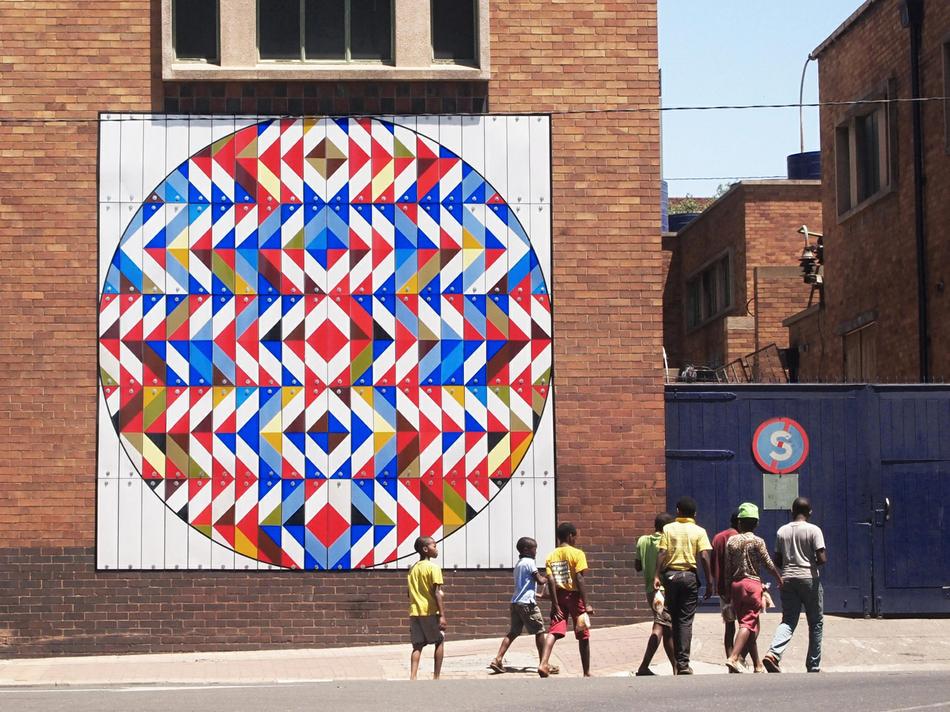 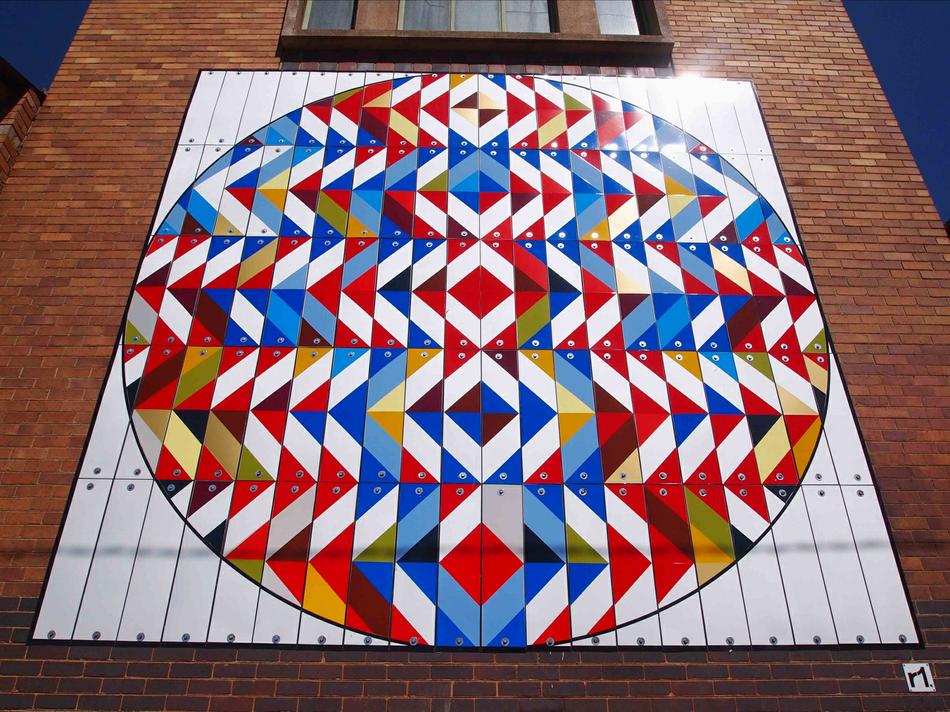 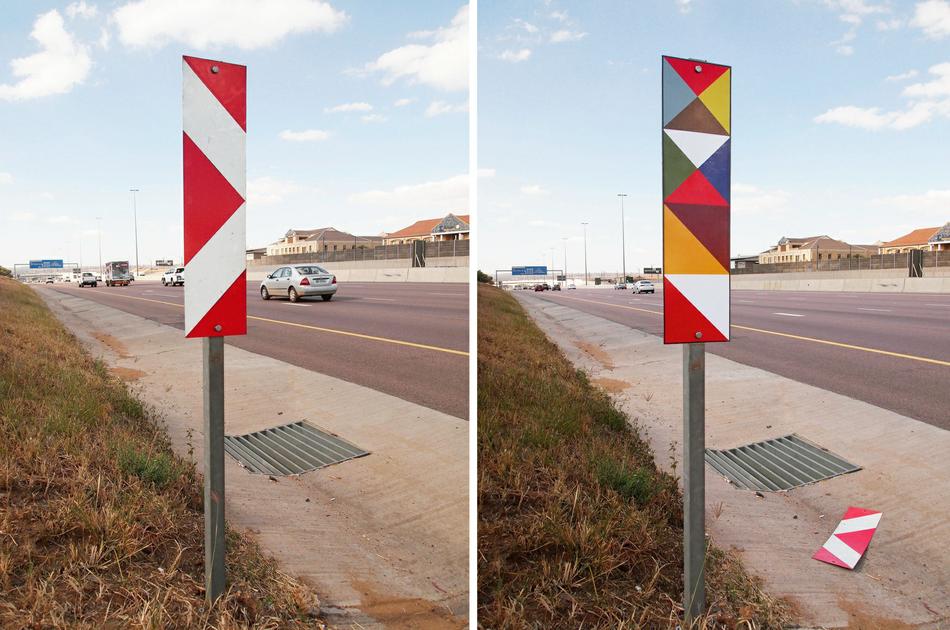 Hidden Trophy from r1r1r1 on Vimeo.

What stands out for you when you think about working in the streets? South Africa has such a vibrant mix of cultures and landscapes, and I’m sure you have had lots of interest in your work by passers-by?

Every city has its beauty but Johannesburg’s is of a special kind. There is a sense of freedom in the inner city that I don’t experience anywhere else. It is quite unique. People are open for engagement and I get fascinating opinions from very diverse backgrounds. So rich culturally but still somehow a hidden treasure!

You say that you don’t know where to place yourself within the local street art scene and that you just keep ‘pushing’. I think this is a great philosophy for any artist, and because there isn’t really an established street art movement in South Africa in comparison with London, Paris or New York City. Why do you think there is a lack of street artists in SA?

Making art in the street comes with a sense of “ownership” of public spaces and a search for engagement. We are working on these…When we compare ourselves with big cities like London or New York, sure, we still have some way to go, but there is so much potential. We have all the right ingredients in South Africa and I believe that this craft will flourish sooner than we think. 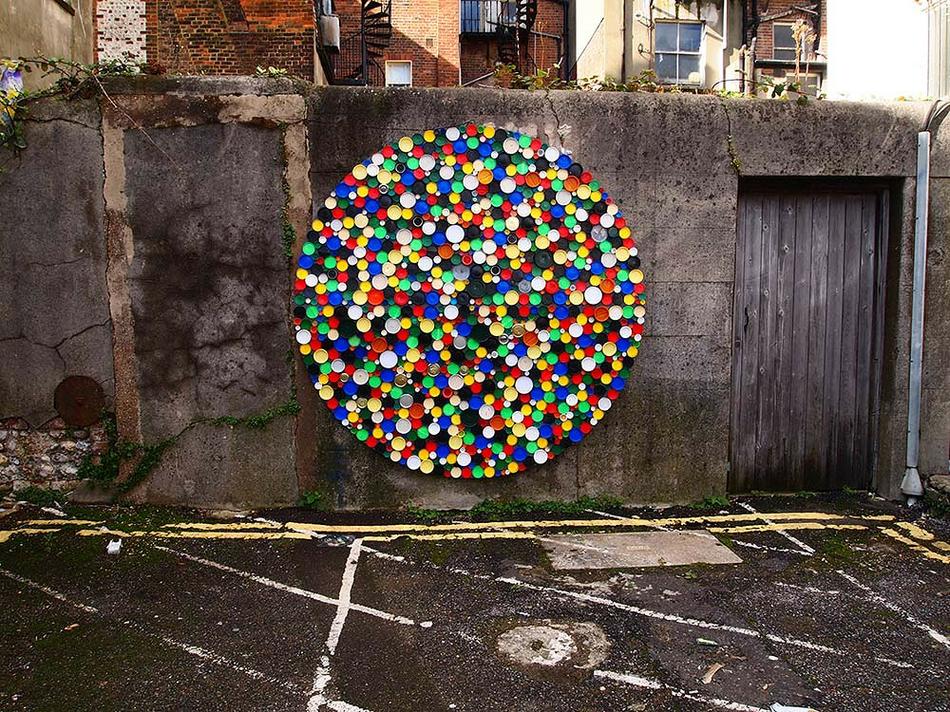 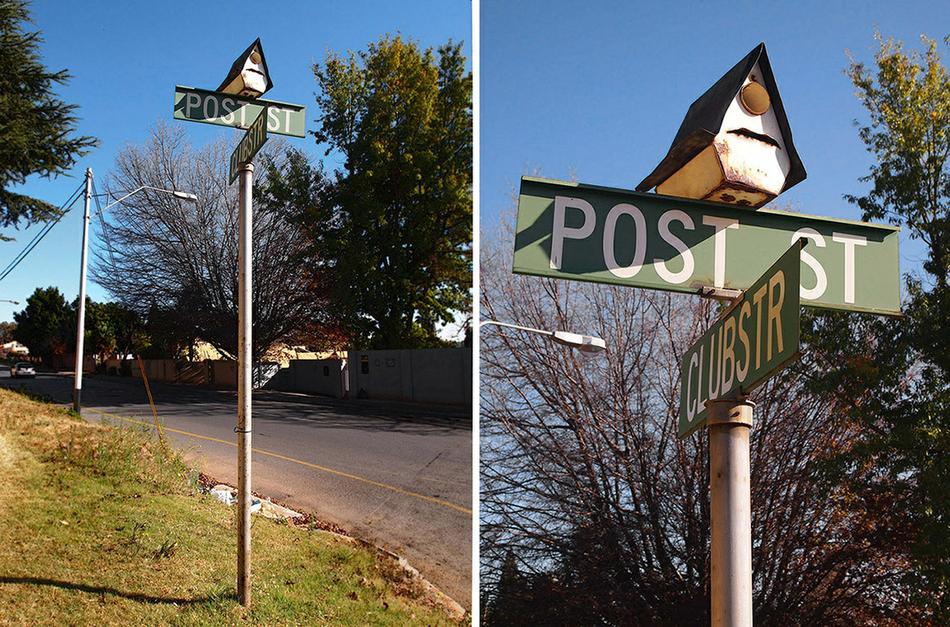 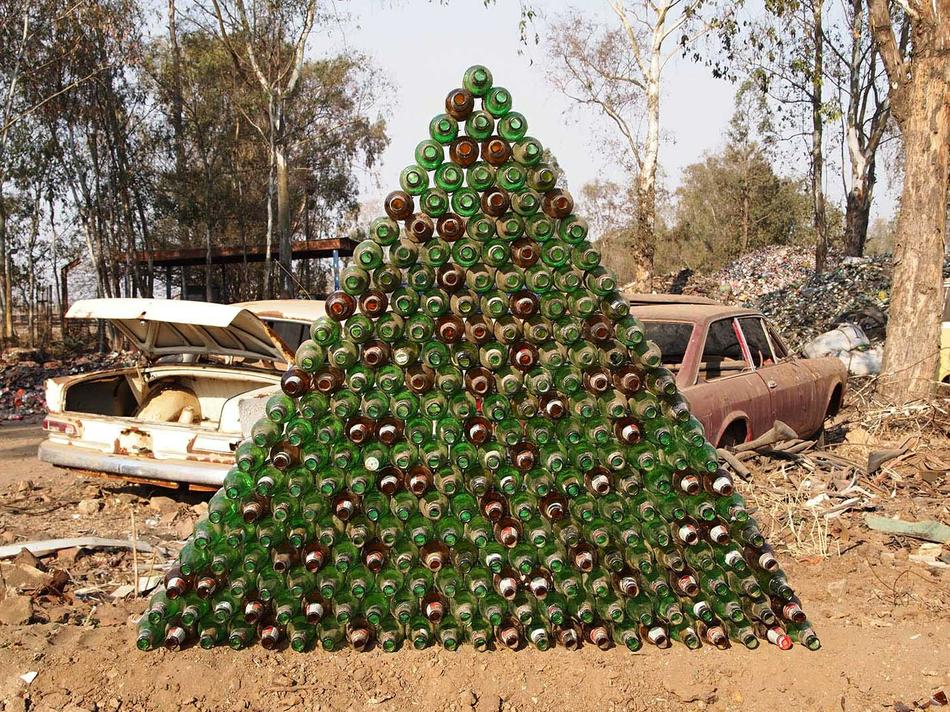 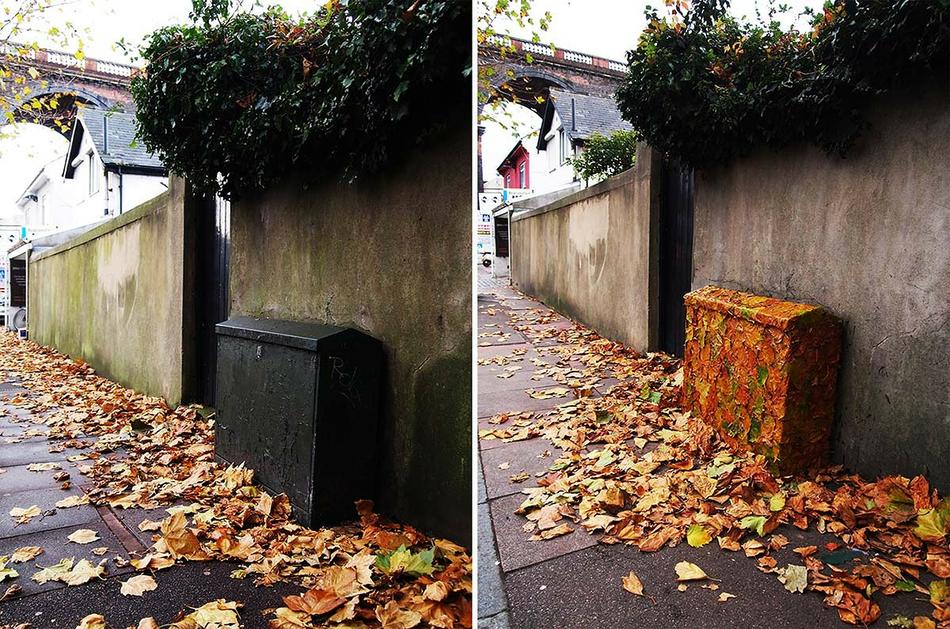 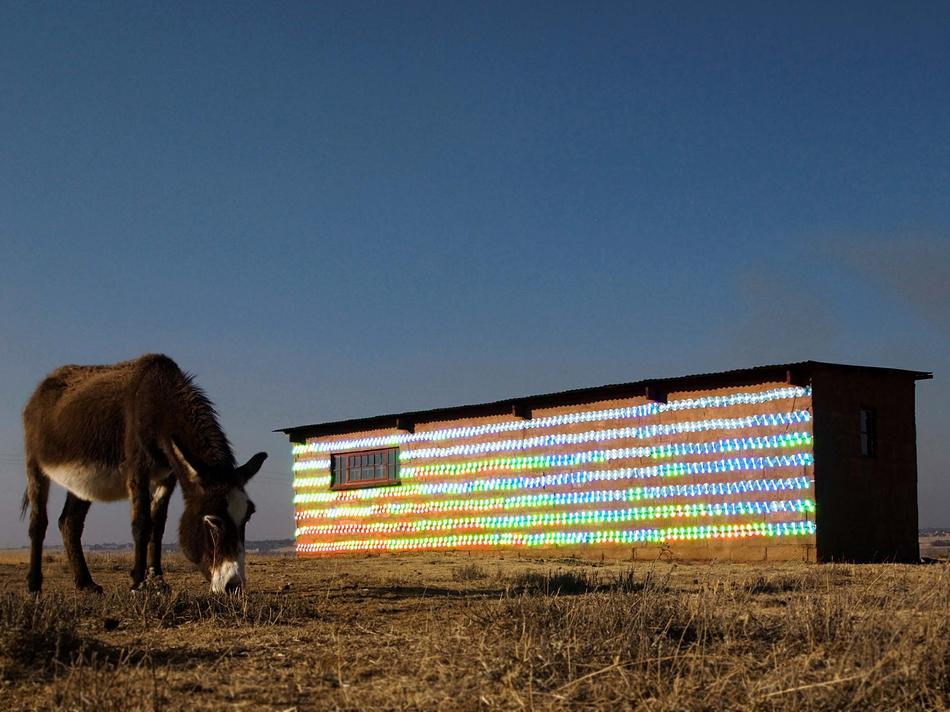 Johannesburg is still re-defining itself and I believe art in the street can have a big impact on the regeneration of the city. You see it happening already, but only in a few areas and through a few events. However, these platforms are changing communities and give artists the initiative to put their work out there.

You are always promoting your new work – sending it to blogs, creating videos, capturing the work and surrounds with good photographs. How important is this?

Even though my work is to be seen out in the street, it is also important to cater for those that spend most of their time in front of a screen. Good documentation helps re-adapting the work to the viewer’s means and expectations. The final work is not only the end product, but also the entire narrative towards its completion.

You were recently featured in Thames & Hudson’s new street art book, ‘Street Craft’. Tell us about how you felt being included in such a dynamic book, and has it helped to open new doors for you and your work?

It was great to be featured with artists I have admired for years; such as Mark Jenkins, Olek, Slinkachu. The book has definitely put me on the international street art scene and it has led to other future publications. I consider myself very fortunate. 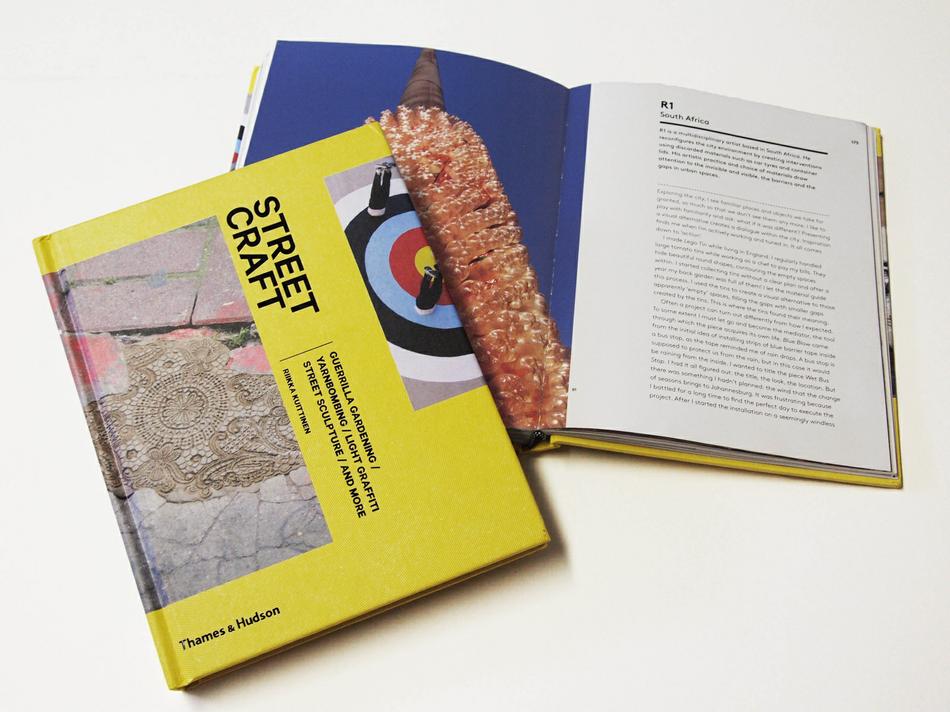 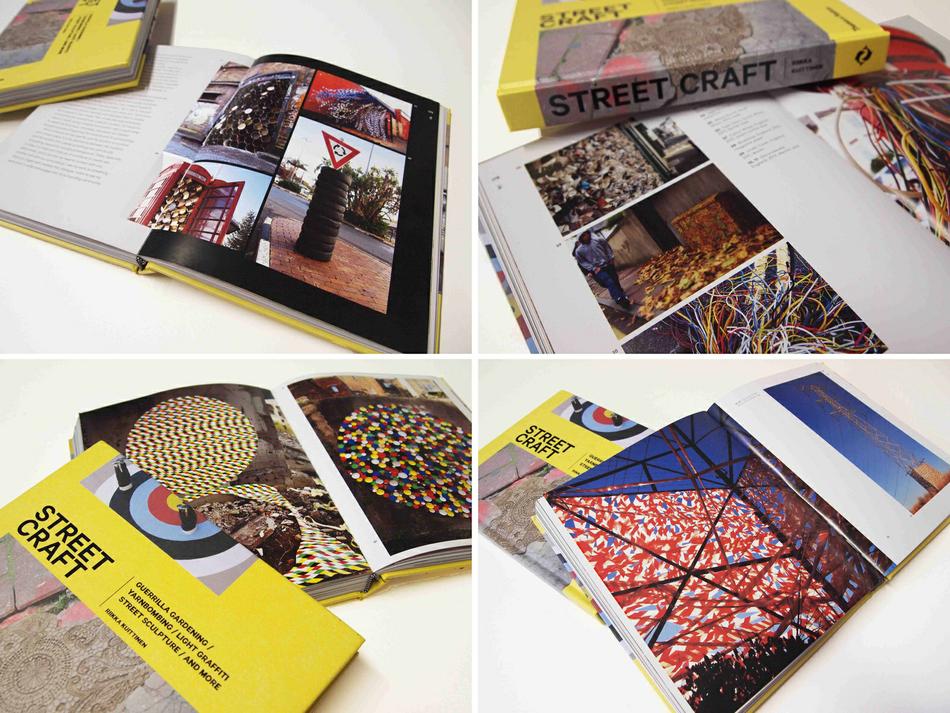 What projects are you planning to work on in 2016?

Over the next few months I will be busy with a community art project in Troyeville called ‘iThemba Tower’. This is a 20 meter-high permanent art installation made with over 4,000 recycled bottles, surrounding a redundant communication tower.

After that, I have been working on new material over the last couple of years and I want to re-invent myself. You will have to wait and see! 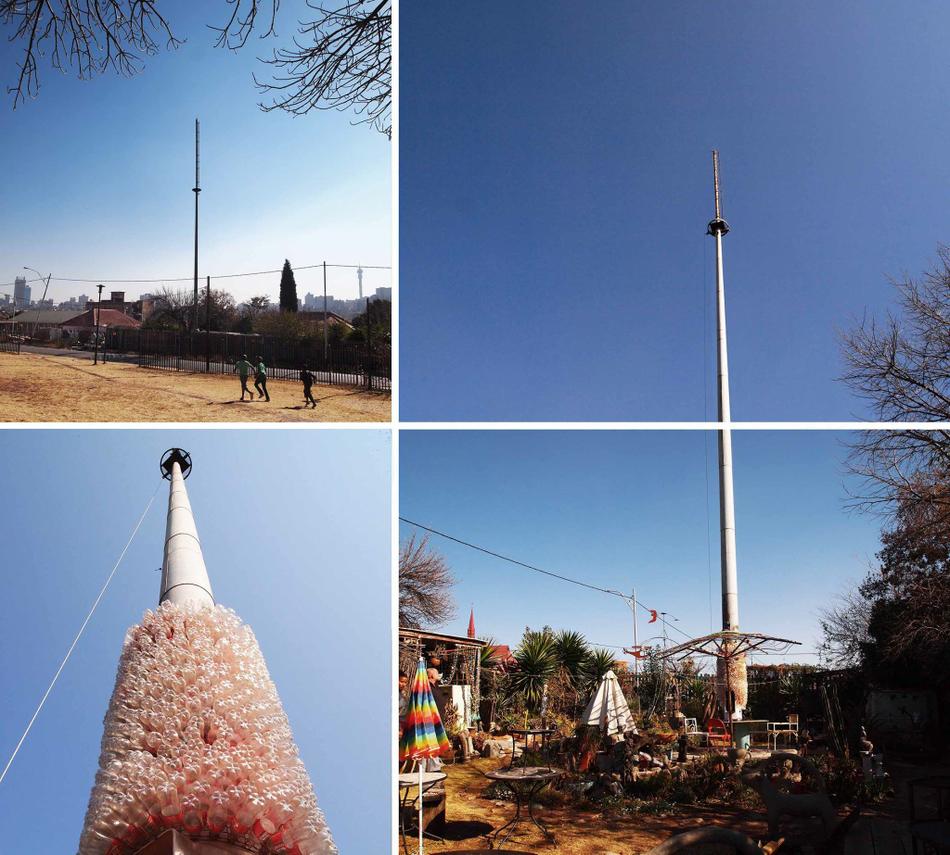 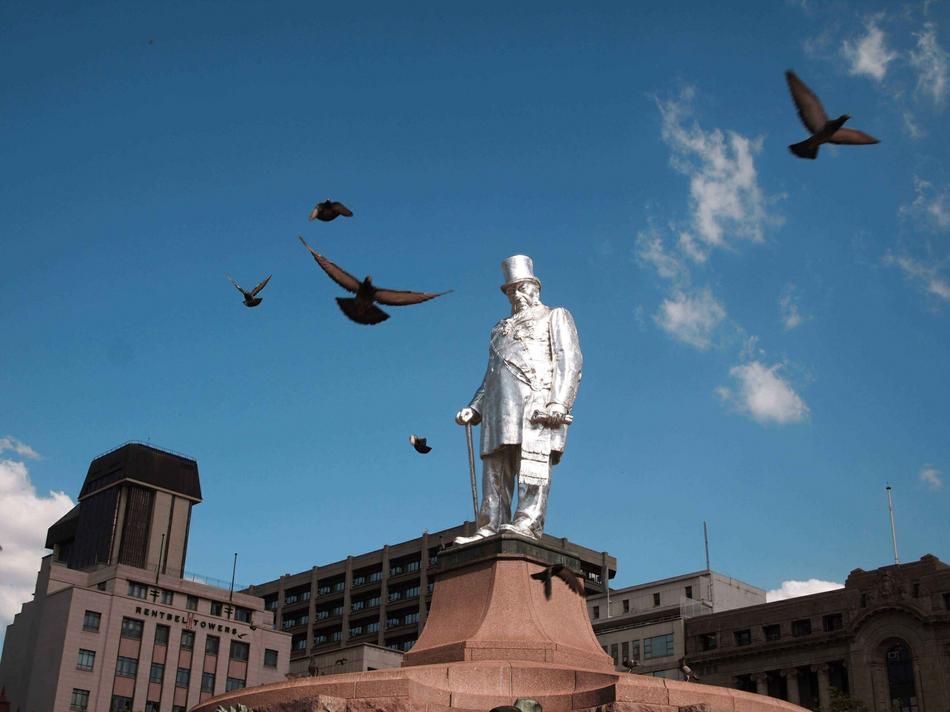 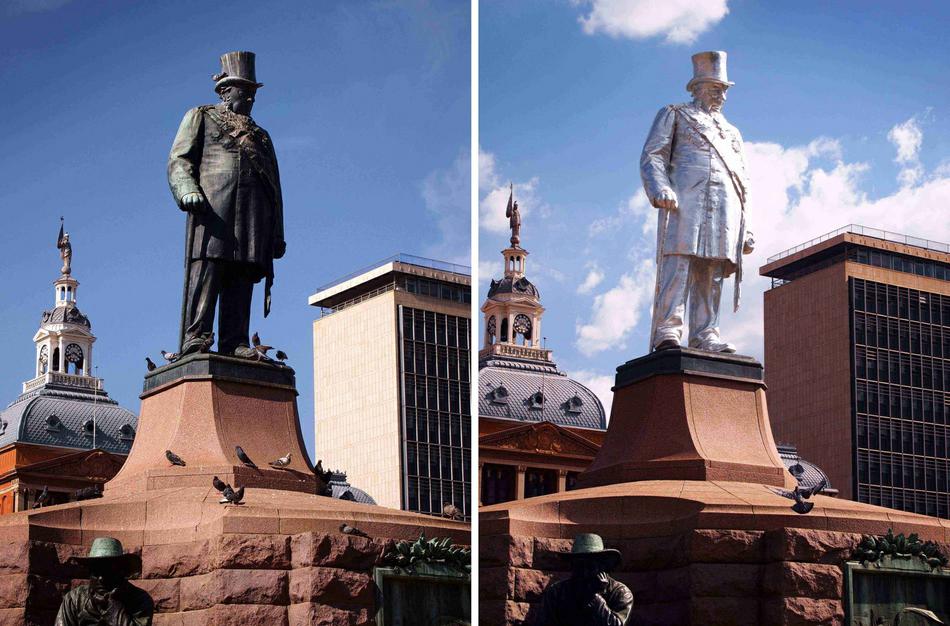 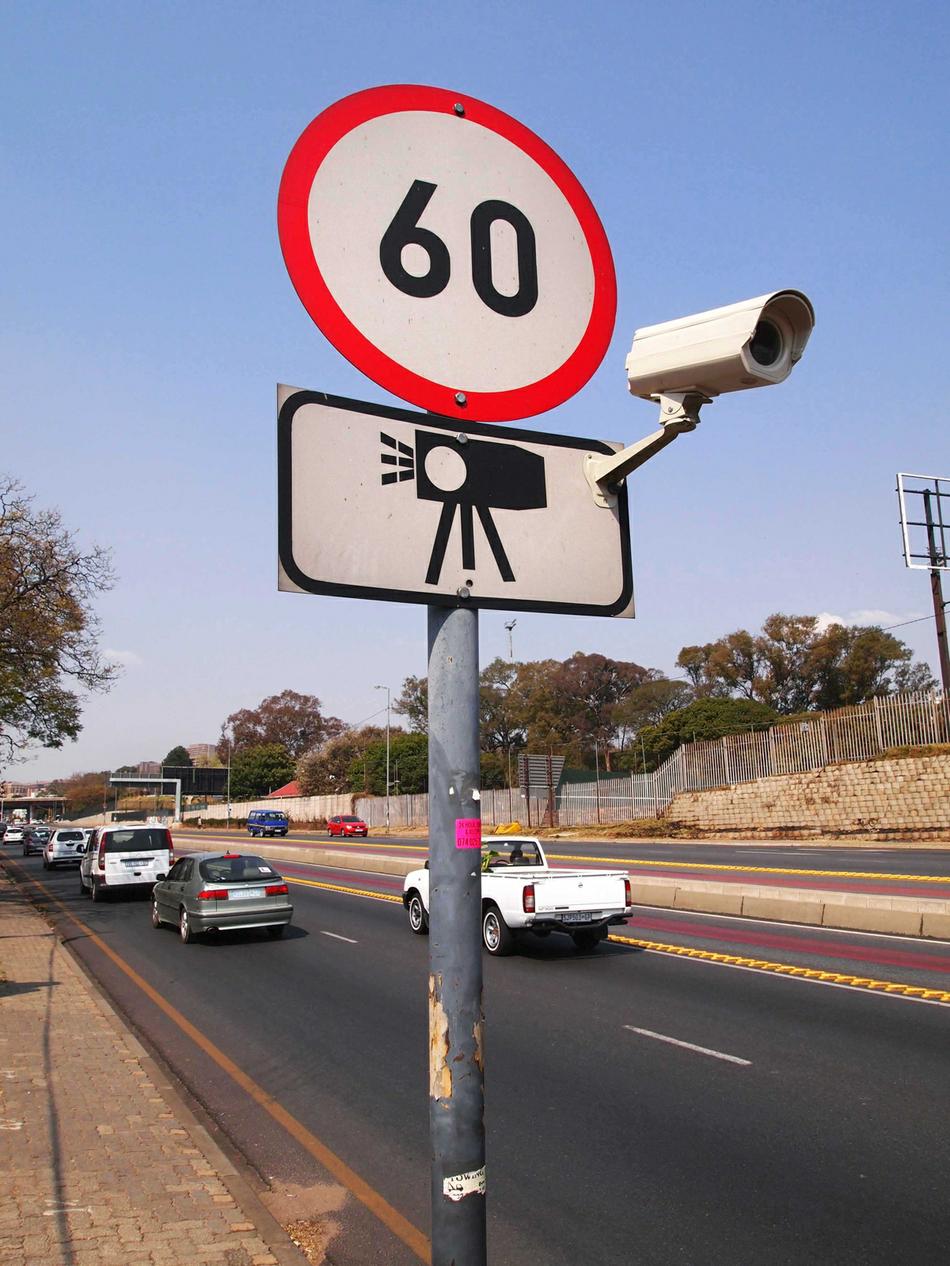 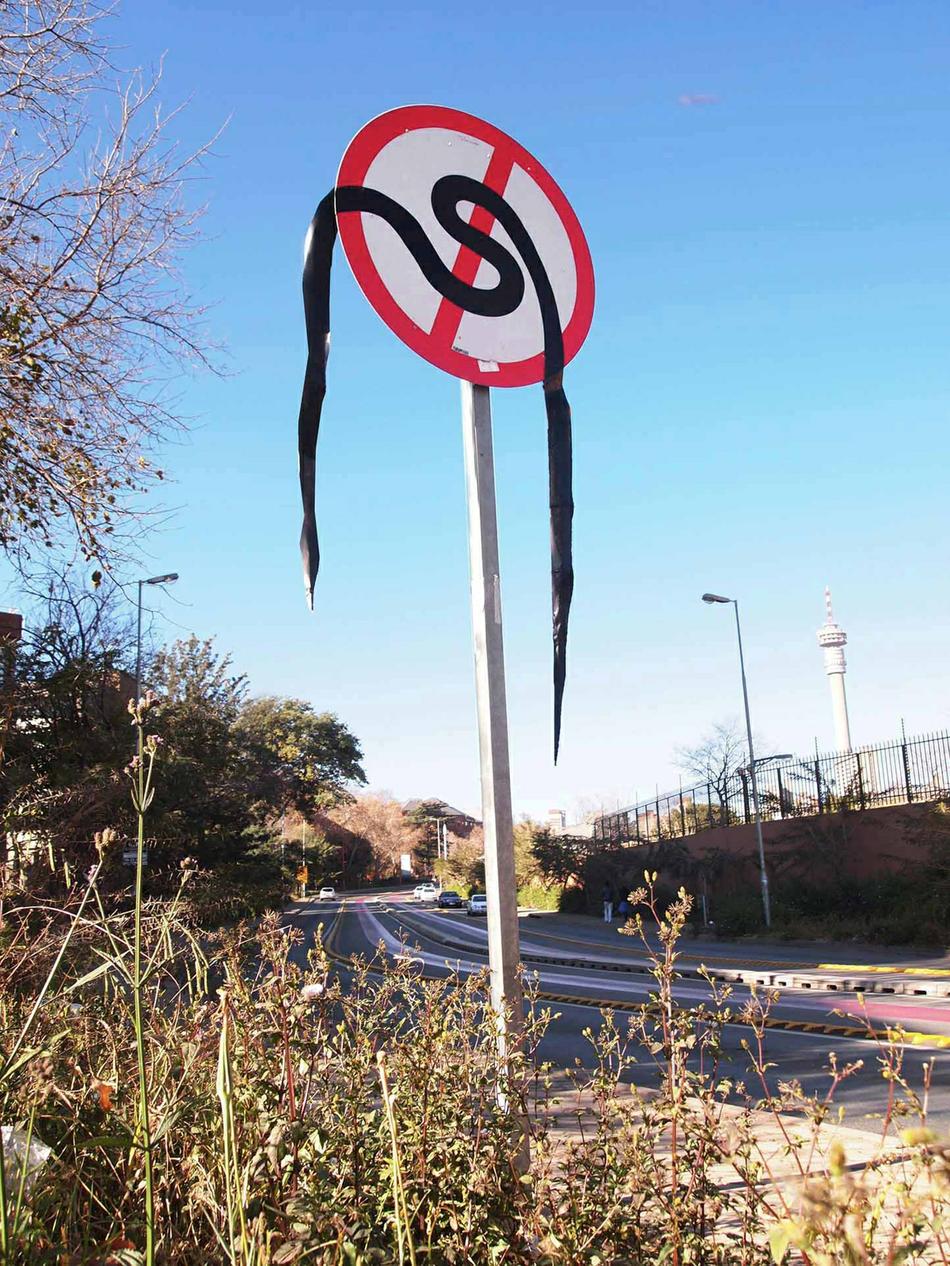 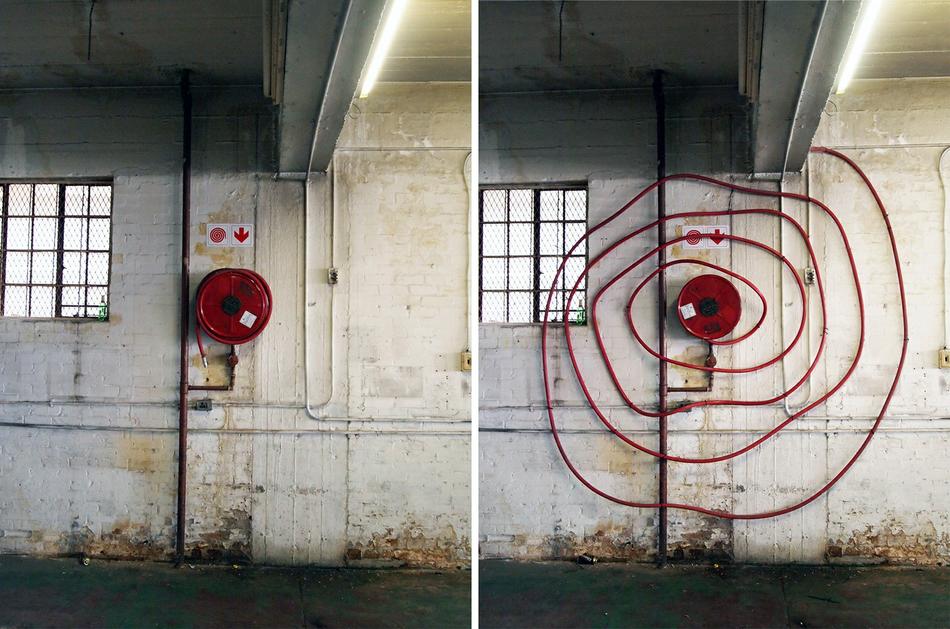 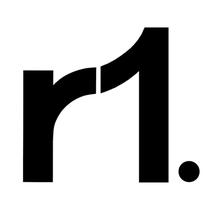