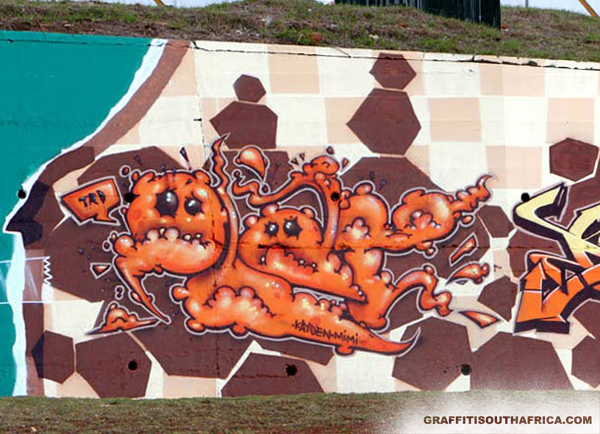 You seem like a crazy guy. Let’s have some fun and do this interview a little different. Aren’t you tired of the usual graffiti interview questions?

Well, I’ve never had a question that starts off calling me a ‘crazy guy’, my granny speaks like that! This is the 2nd time I am being interviewed as a writer. Graffiti interviews in general are kak. 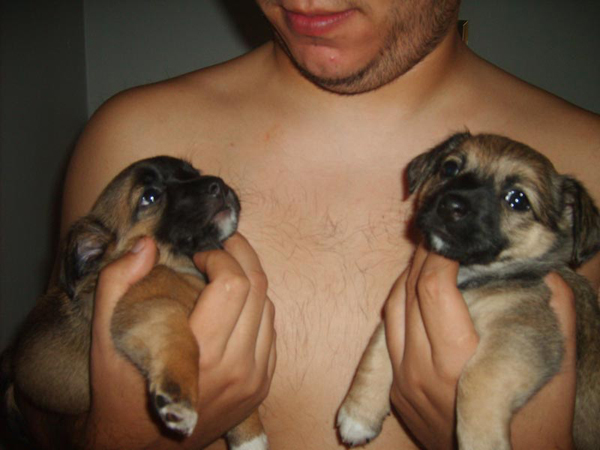 Siff teeth and a huge mouth to complain about everyones style.
No eyes because he can’t look at anything he didn’t paint himself.
A nappy for every time he shits himself over his own handstyle.
300 arms (i will not draw 300 arms).
Maybe a fat cap tattooed on his stomach.

(The doodle is probably gonna look nothing like what I’ve just explained.) 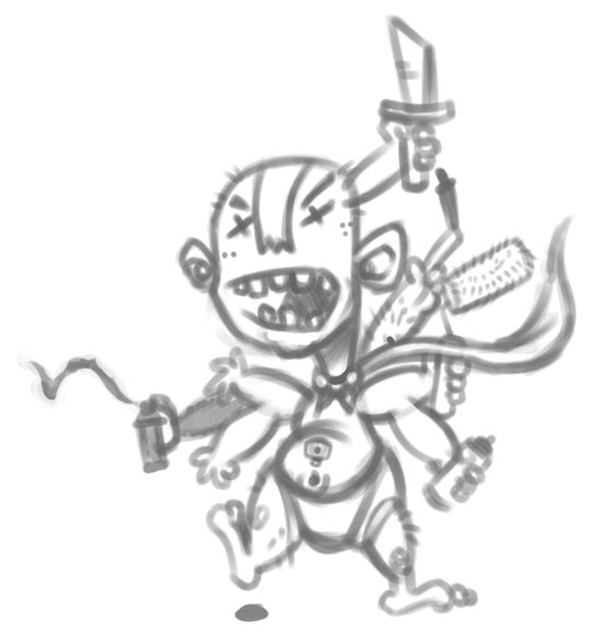 Your characters probably mess with the average person as they are quite wild and monsterish - but really awesome and humorous. What are some comments you’ve received?

Well, I just try make them as siff as possible. Being in Cape Town means they get the usual reactions like:
“Yor Taaariq that’s you, you naai!”,
“Ekse Yahsien that bra got the same goiters like you”,
“Wat kine with that mans teeth?”,
“That bra, he’s dying of aids ne uncle?”

What’s the worst place you’ve painted and why?

Durban is the worst. The weather is mothers poes hot and the winter is a rain shower during the day that lasts 10 minutes. It’s unbearable. You constantly have a cup of water sloshing around your asshole. The mosquitos in Durban are like cats with wings!

But, food is kak cheap - so is booze - and great homies live there. 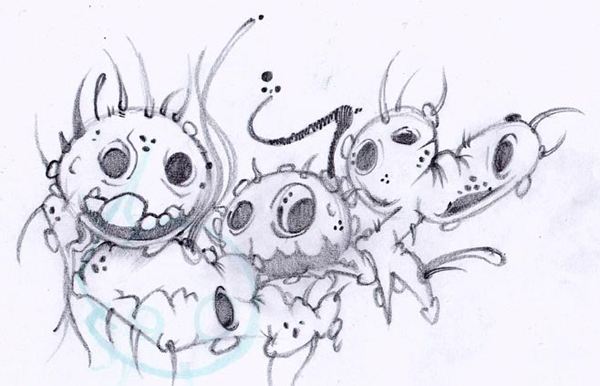 Are you still Ekon’s bitch? 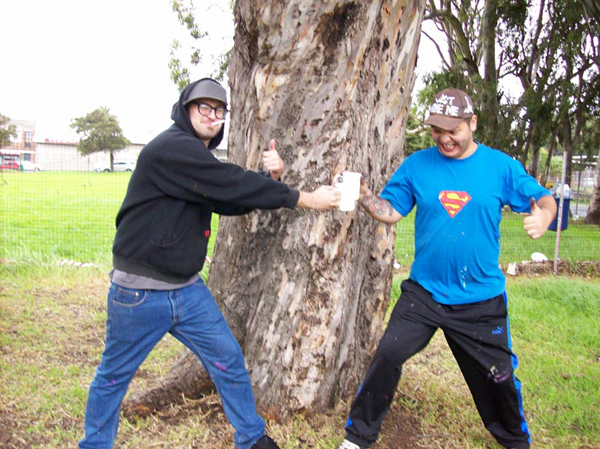 You never really paint the same thing twice. You like to keep things fresh. What’s the most boring thing in graffiti that bugs you?

Painting the same outline over and over with different extensions must get boring. Just paint it once and photoshop it on new walls. Unless you name is Smet, because you can’t paint anything else.

The other thing that bugs me about graffiti is that I haven’t done it in like 5 months.

Since becoming a freelance illustrator you don’t have to work a regular 9-5. How the hell do you manage to get yourself out of bed in the morning?

My son wakes up between 4.30 and 6.30 every morning so that’s my wake up call. What keeps me motivated is his need for food and nappies… And Tanja. She keeps me going!

Swap an existing animal for an extinct one…

Horses don’t need to fucking exist. They are not beautiful, they are shit. There’s a website dedicated to how kak horses are!

http://www.horsehater.blogspot.com/
(Unfortunately this blog has been taken down – GSA)

I would rather see a dodo birds J&B, so I’m gonna say dodo birds should replace kak-stupid-serve-no-purpose-fuckin-horses!

Draw us a combination of these two animals… 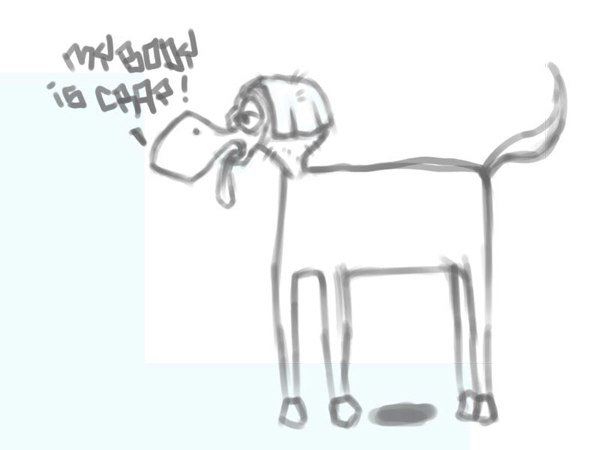 What gives you the creeps? 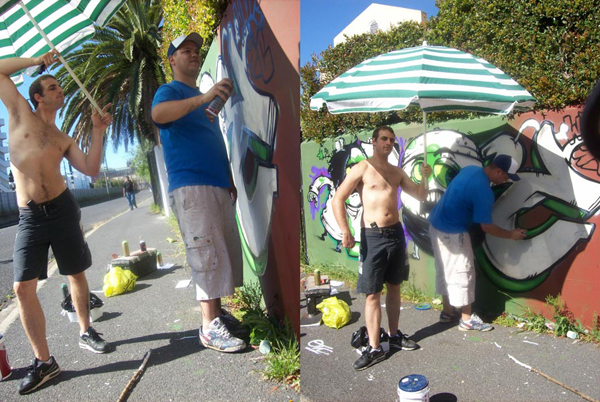 Who/what would you go as for a dress-up party with no specific theme? 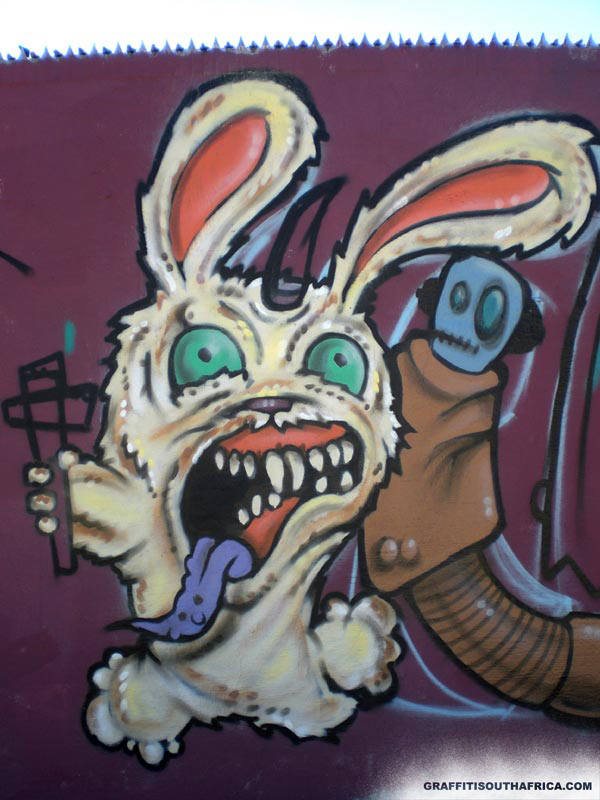 Your most treasured material possession is…

I don’t treasure material kak. Though my toy collection is massive and in storage because we don’t have place for it! 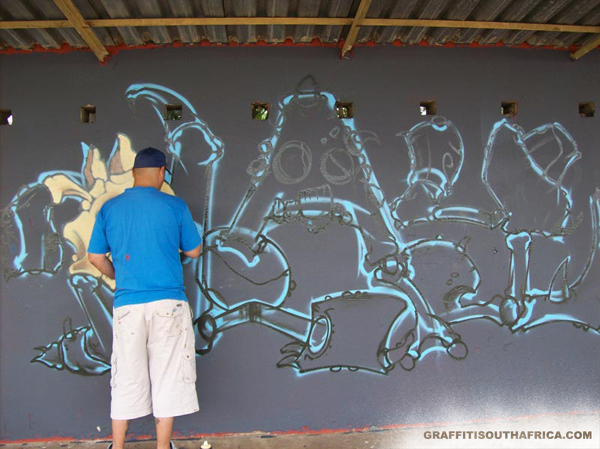 Which celebrity would you like to punch in the face?

Punching is gay. The only celebrity I’d round house kick to the face is Danny K. I hate that naai. 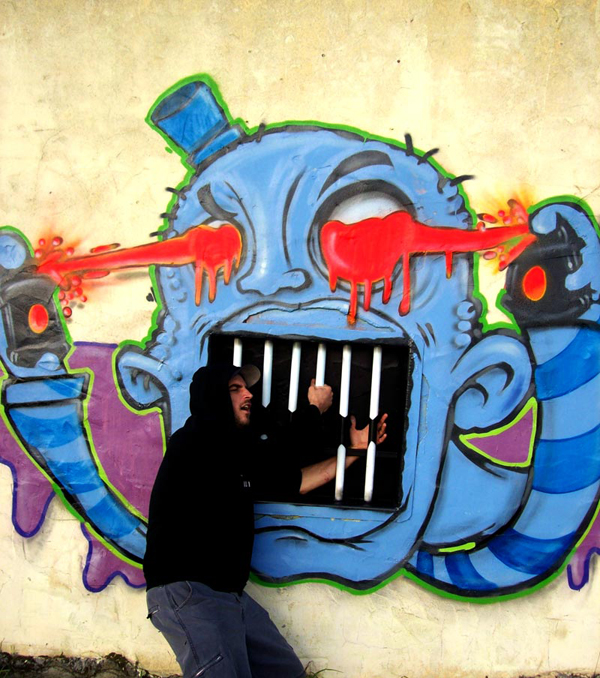 When we were at a High School camp, homie fell asleep and shoved shaving cream up his arnuse. As he woke up he farted and said “Naai man ouensa I think it was a wet one!” 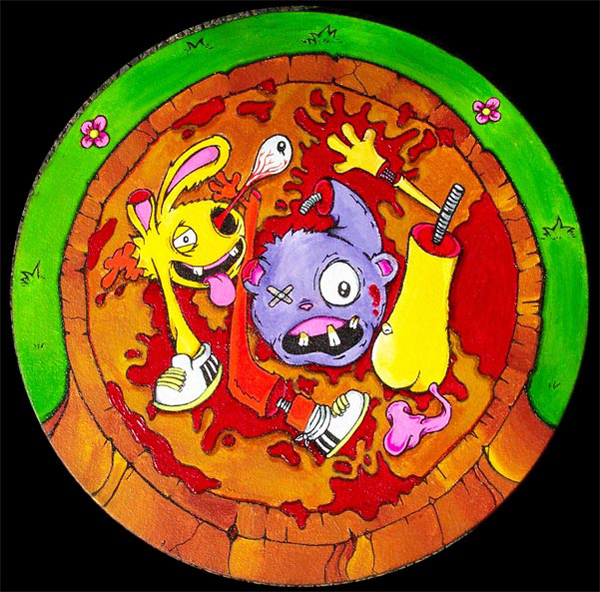 Most ridiculous idea you’ve ever come up with? 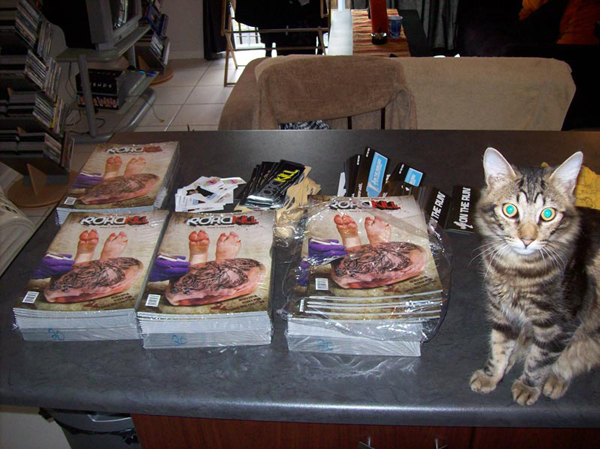 If you could give life to a cartoon character, who would you choose to hangout with for a day? 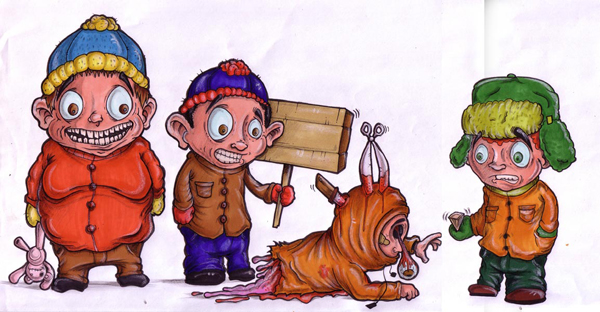 The best piece of advice that you have ignored?

“Don’t study graphic design. Every 2nd poes is studying that!” - my Dad 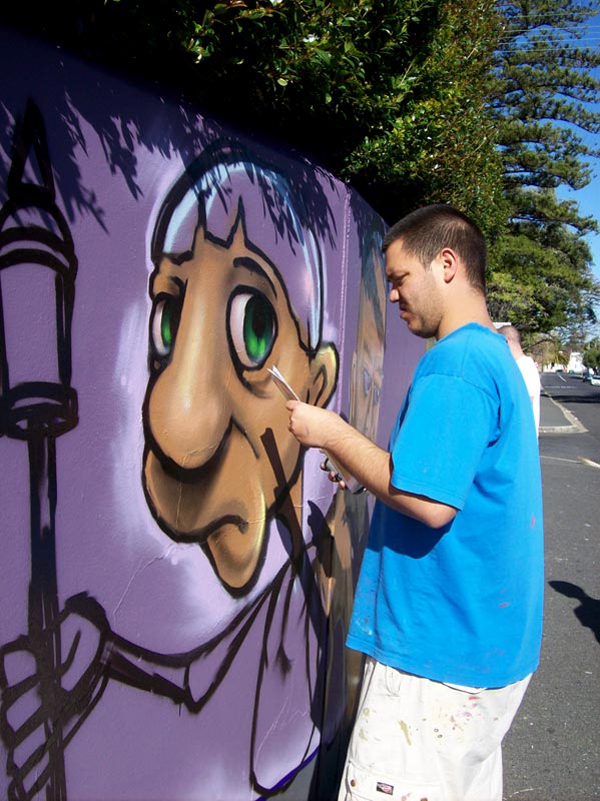 You get to ask people this awkward question on your One Eyed King blog, so we thought we’d ask you… Pink or brown?

There is only one right answer to this question:
2 in the pink and one in the stink aka “the shocker” 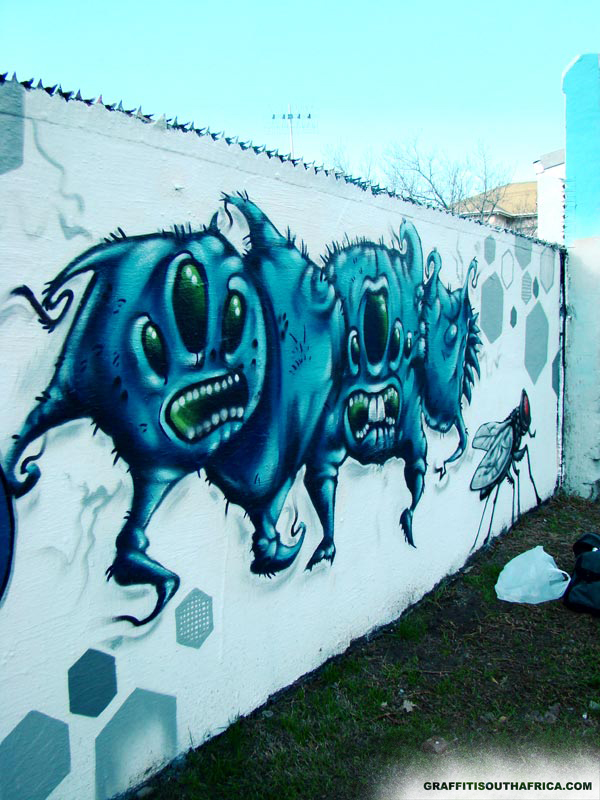 Let’s get serious to end this off…

What is One Eyed King?

One Eyed King is a small clothing brand we’ve started with decent prices for people who can’t afford to pay through their poes for clothing. The blog is a way to get exposure for local talent (mostly friends of ours). People have been great at supporting us and our vision. 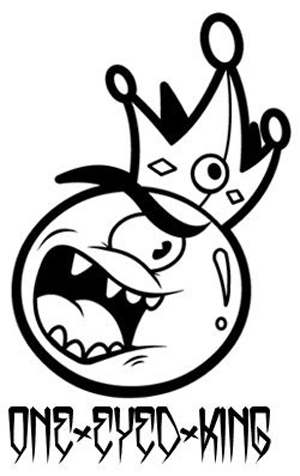 What other projects are you busy with at the moment?

Do you think you’d ever get round to making your own animated cartoon?

I’ve been working on an animated pilot – a spin off from a comic strip I did for Daily Voice newspaper - called Drie Skelms. It’s been about 5 years of trying to get a pilot made on no budget. But, things are looking on the up and up! 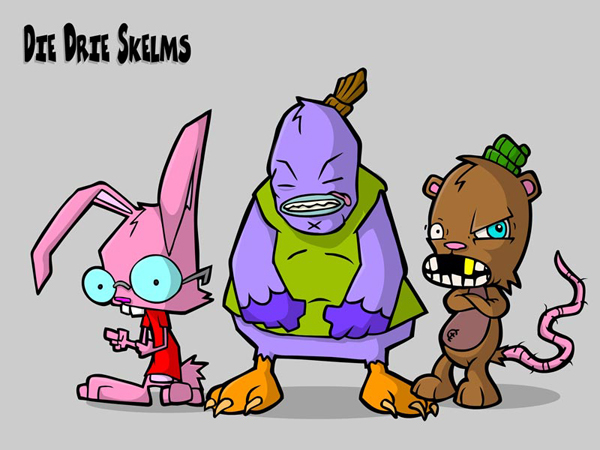 What makes a good graffiti production? 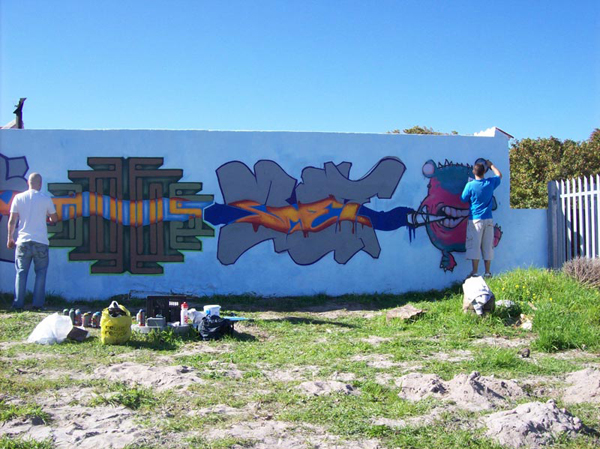 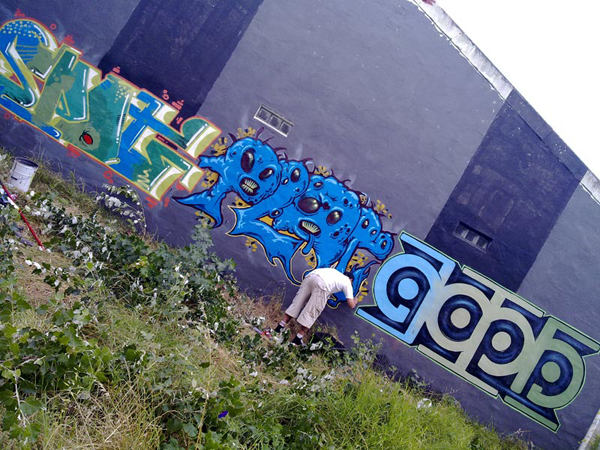 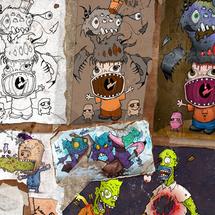