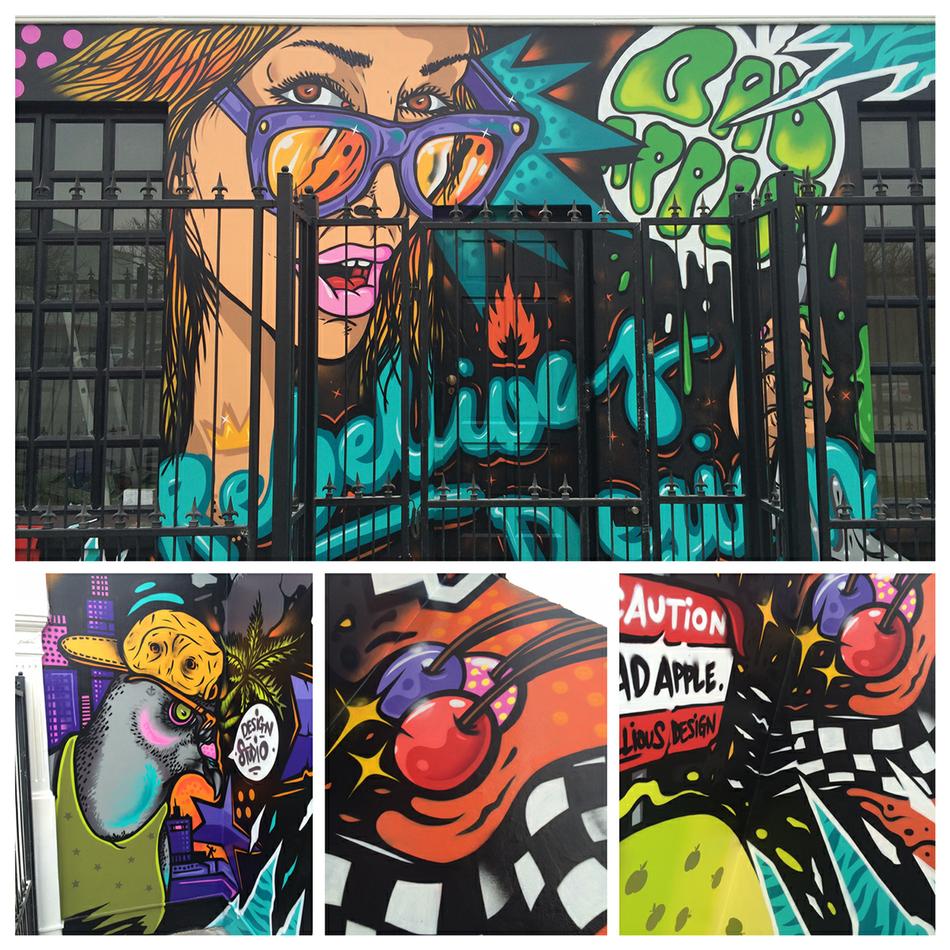 My name is Shaun Oakley AKA Damn Vandal, 28 years old. I’m an illustrator and graffiti artist. Been painting for 13 years. Have a degree in visual communications. Based in Durban. Sponsored by Posca.

What’s the story behind the name, Damn Vandal?

I was putting up stickers and marker tags and my wife and friends used to say, you “Damn Vandal” and I thought it was a name that could stick. I knew it would cause a bit of controversy among the graffiti artists and getting them talking about it and that’s what I wanted.

Your works feature a diverse colour palette, and strong references to comic-style graphics. How would you define your style and what influences you?

I would say my style is a fusion of vector illustration and graffiti. I try mix the two as much as I can. Everyday I work with vector designs and my own illustrations and thought it was quite fresh to bring it across into my graffiti. I loved comics growing up and not many people were painting that style at the time, so I thought I’d give it a go. 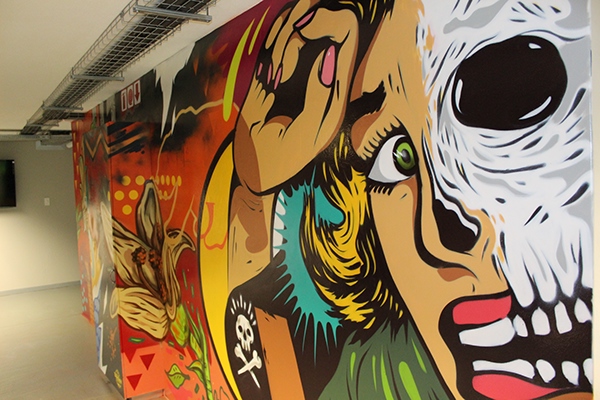 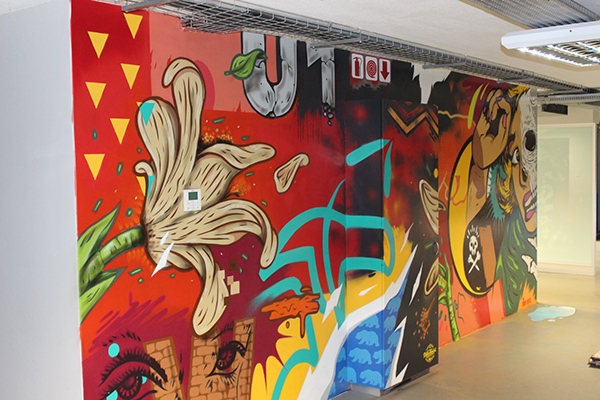 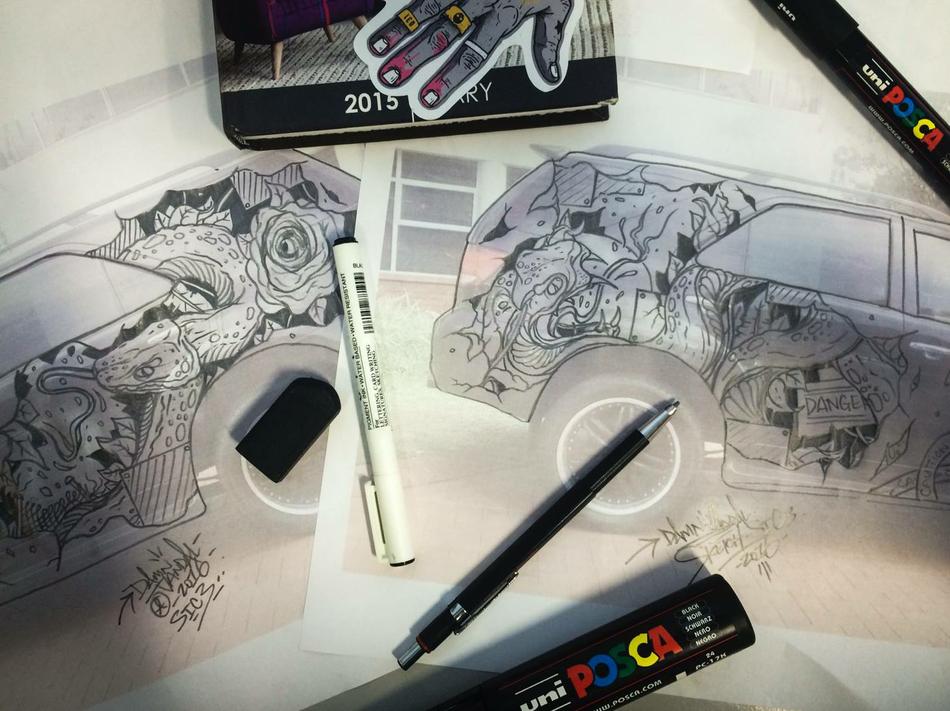 Snakes in the City sketch-up

Snakes in the City commission

Over the years, you have created a few themes in your work, or maybe it’s just things you like (such as plants, cracks, typography etc). Please tell us more about your approach when creating a new piece?

Working as a designer in the clothing industry offers a variety of different design styles and techniques such as type and visual imagery and I’m often trying to include aspects from current trends. Sometimes I am nervous to step out of my comfort zone but when I do, I’m usually stoked with the outcome. I guess I need to stop playing it safe.

You first started off, like any typical graffiti artist, by painting letter forms. Tell us about your progression and how your style evolved?

I often struggled with lettering, some guys just had it and some didn’t - I was one of them. I battled with lettering, hence the name changes until I eventually stuck with a name. My style usually represented an organic aspect mixed with lettering or characters within my pieces, then I wanted to only paint characters as I saw a lot of artists overseas doing it. I really liked how they looked and most of the gents at the time were into their lettering so I was more keen to get into backgrounds and characters. I’ve only recently been keen to get back into lettering, but not graffiti lettering, more typography. I think it’s a great contrast to the streets - clean versus dirty. That leads me to where I am now, just throwing elements together to come up with something visually pleasing. 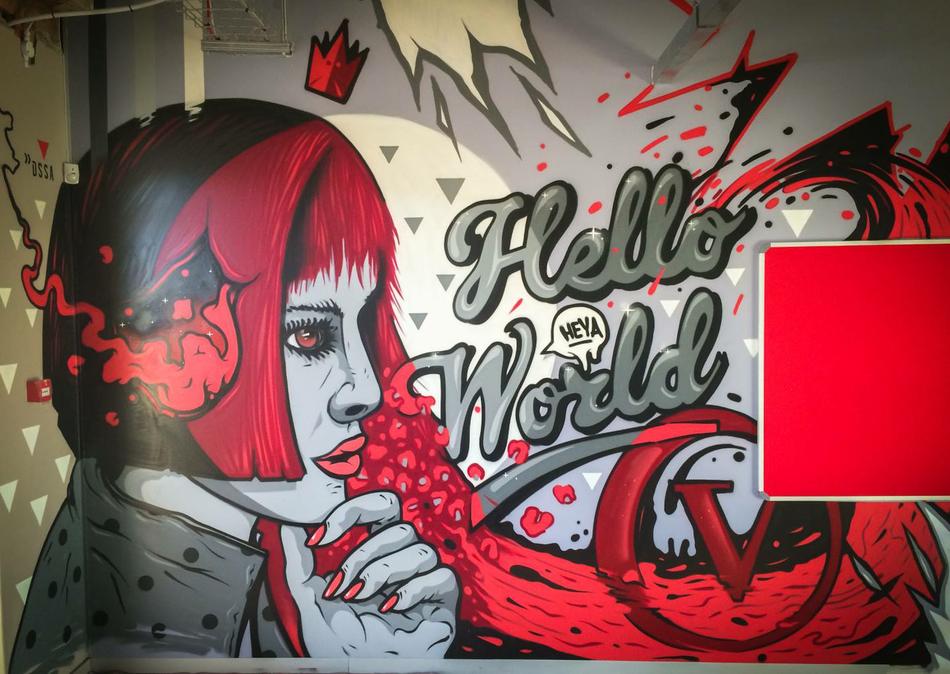 You’ve had the pleasure of spray-painting many custom cars. Can you tell us more about this?

We’ve all painted trucks and trains but cars are another story. I was approached by a company called ‘Wicked Dips’ to paint her new “dropped” VW Golf 6 for a car show and as keen as I was, I was shitting my pants. She wanted something, didn’t know what, but just had to be super sick and catch peoples’ attention. The car did super well, and lead to several custom paint jobs including an Audi TT, BMW and a Lambo. I’m super privileged and grateful to have had the opportunities to paint these sport cars, and I hope I get many more.

You’re quite a busy guy, juggling a graphic design day-job, family responsibilities and any other interests. How do you manage and what keeps you motivated?

I think its good to juggle, it keeps me on my toes. I have a passion for what I do and I’m a perfectionist at heart which drives me. I’m lucky to have a job and family where I get the support and time to do my extra graffiti work. But its hard work, and you have to have time management. On average I try to have 5 projects happening at a time, whether it be logo design, illustrations, event posters or graffiti work. 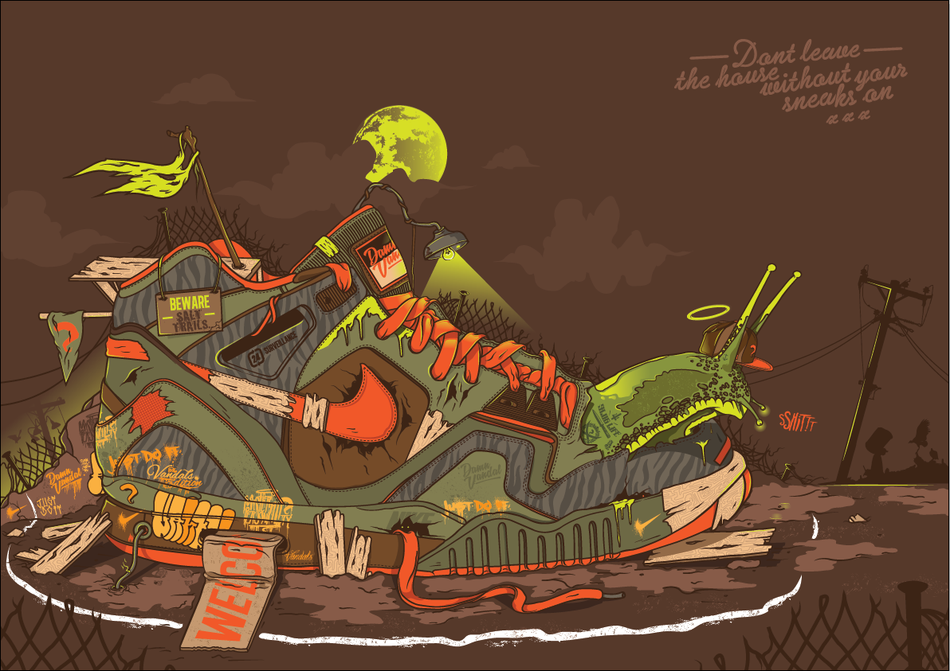 Some of your work (mainly your vector illustrations) has been featured in magazines overseas and club flyers. Care to share some highlights? And how has the response been to your work from this kind of exposure?

I’m on many artist platforms, but Behance has given me the greatest work. This site allows such a wide range of work, where companies are often scouting for artists. No Cure Magazine (Australia) commissioned me to do two illustrations for two different articles. They also interviewed me and used my artwork for their cover in their latest issue where I was featured alongside artists and companies such as Rebel 8, StayBold, BoyWolf, Travis Price and Dabs & Myla. They sent me a hard copy of the issue, that’s probably my highlight. I also did work for ‘Outdoor Life’ Magazine (USA). With regards to the event posters for Origin, I’m lucky enough to do those as I see the flyers and marketing, pretty cool!

Tell us about your upcoming debut solo exhibition in Cape Town this April?

It’s my first solo exhibition, and it’s happening in Woodstock, Cape Town at Side Street Studios, from the 28th of April to the 5th of May 2016. It’s called “Otherworldly” and basically portrays my view of life and how I see things and manipulate them in my head. Translation of the graffiti mind. Pull in! Should be wild. You can visit the Facebook Event page for more info.

What other projects do you have coming up?

I’ve been commissioned to paint three more big factories, a 1967 Ford Mustang, two more cars for Gas Magazine and their upcoming show which will be live on the day. There’s also a new project I want to get on throughout the city called “Hype for Type”, playing with graffiti and reverse graffiti. This should be interesting. 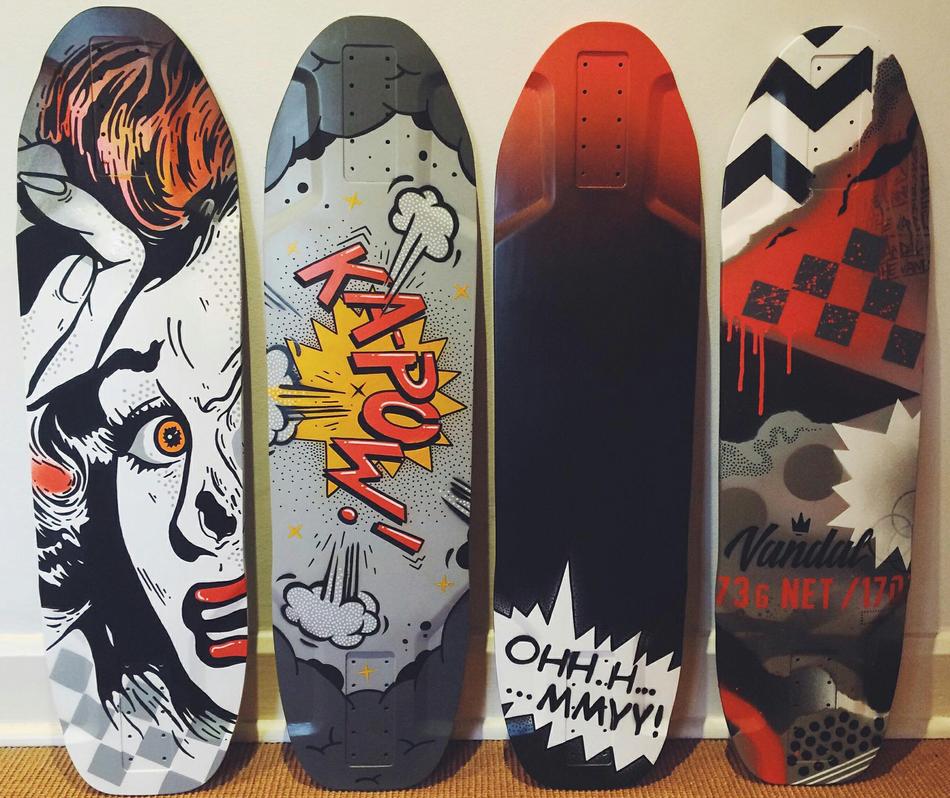 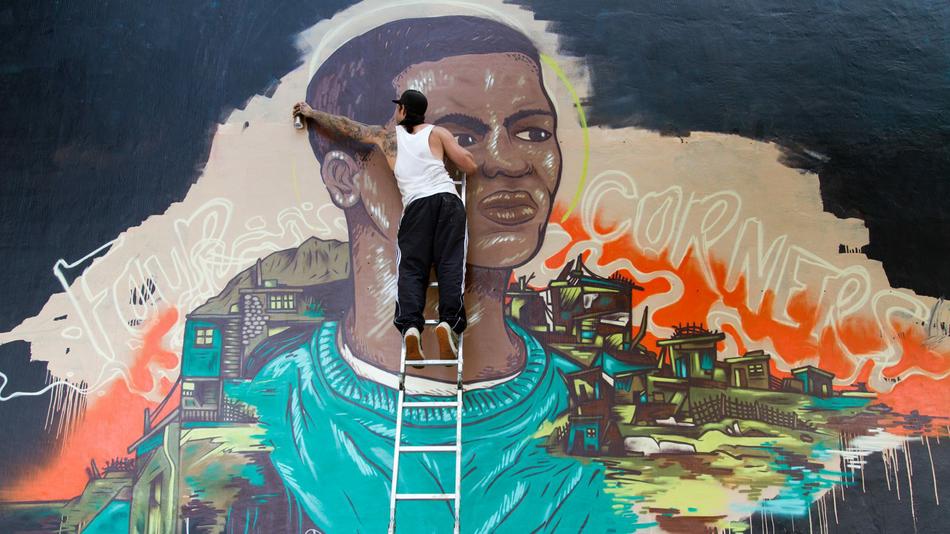 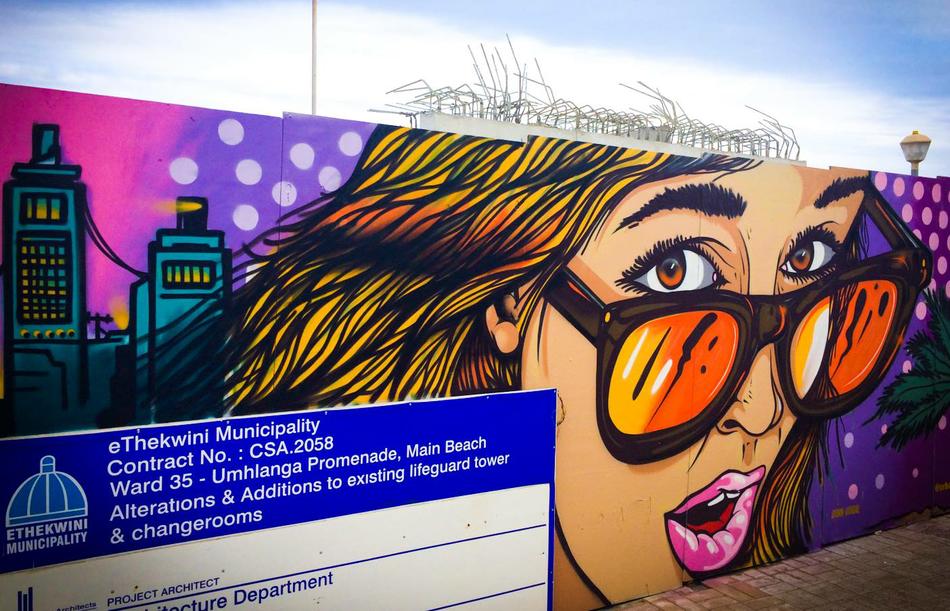 Images via That Damn Vandal. 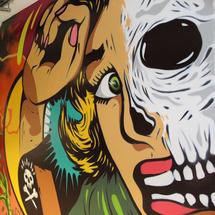