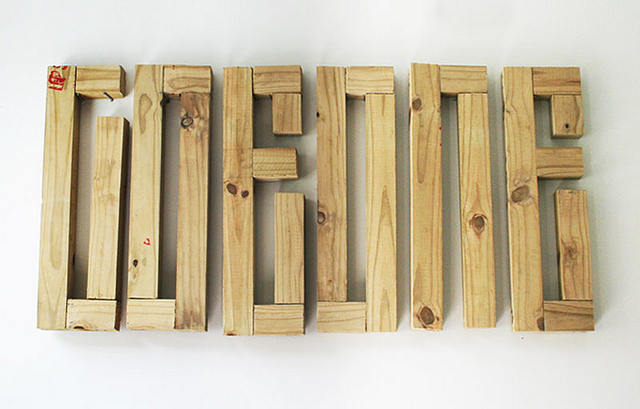 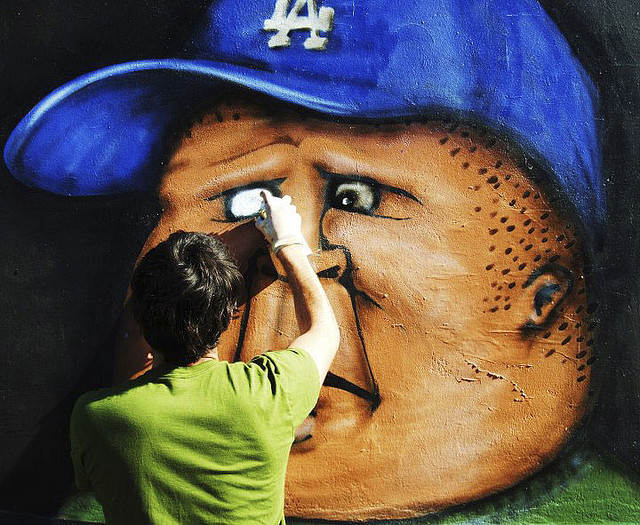 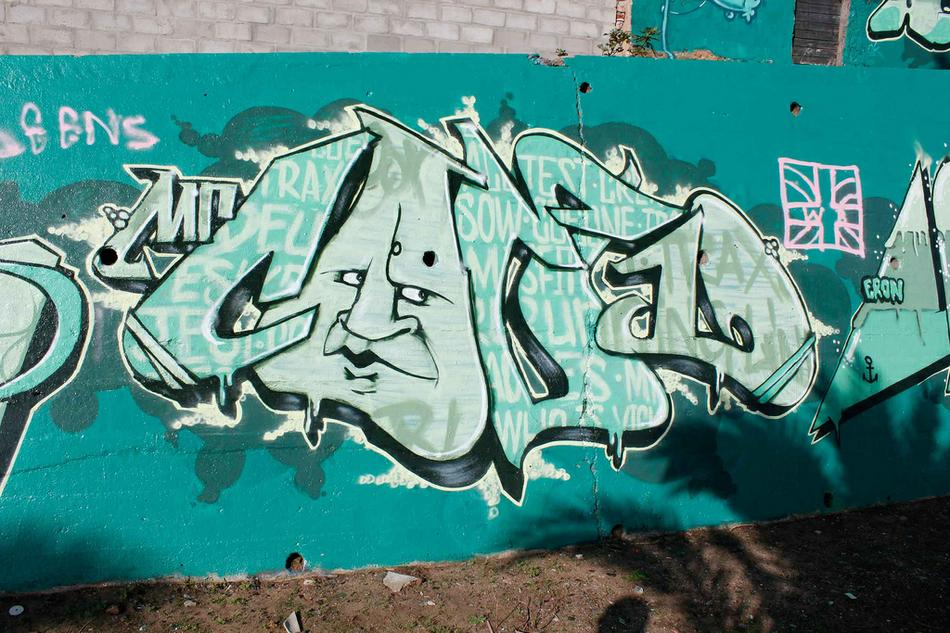 Please will you tell us who you are, where you’re from and what you’re all about…

The carnivorous CoeOne. Born in London, moved to Joburg as a kid then to Kaapstad where I’ve been ever since (minus some travels).

After all the time in the graffiti scene what keeps you interested and passionate?

Seems like a while but there were periods where I wasn’t as active as I could have been. I think in the beginning it was much more about just getting up, then I went through a patch where I slowed down. What really got me back enjoying it all again was when I stopped painting for everyone else and just started painting for myself. That’s when I started doing a lot more faces and experimenting with different things.

But besides all that, graffiti isn’t just putting up a piece, it’s everything in between – it’s the mission, having a laugh with your friends, that feeling when you walk away and it all went smooth, seeing the panel roll past or passing your piece on the train or in the car.

How long have you been doing graffiti and how did you get into it?

I had to catch the train to school, and from day one of my daily commute I was interested in all the graff that I was exposed to (from the tags on the insides, to the track-sides, to the panels). Coupled with the fact that I enjoyed drawing, and being a 14 year old snot-nose, it was only a matter of time before I would pick up a pen and start entertaining myself on those long one hour train trips home.

I started writing Mos7 and dropped my first piece in 2001 (a really ugly roller piece) and from there on it just never really stopped. 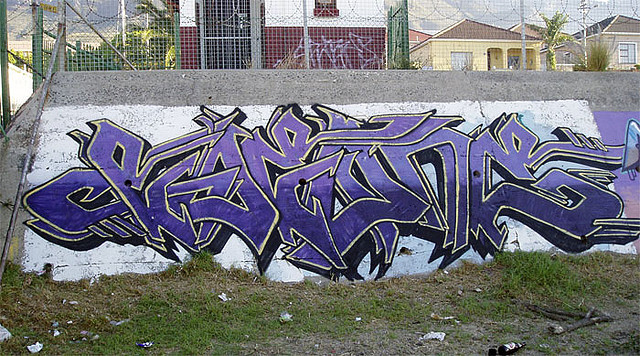 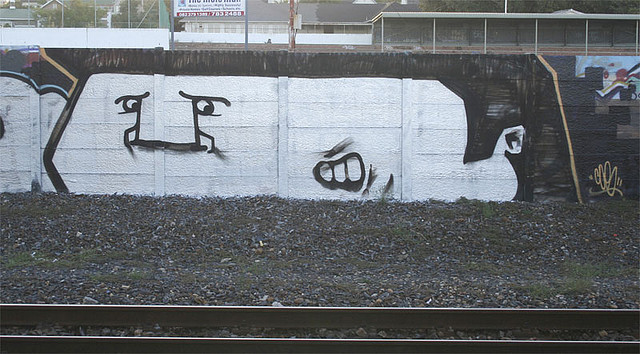 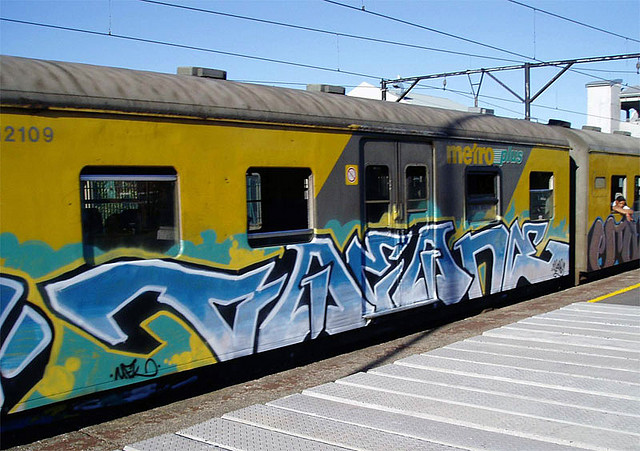 You are part of one of Cape Town’s most infamous graffiti crews. Tell us about this.

Running Lines. Wealz started the crew with Deus and Crem around 2001. They were killing it with big rollers and burner end 2 ends. I was at school with Crem and he showed me the ropes a bit when I was just getting into things. Deus and Trax lived round the corner from me and we became pretty good mates.

In my gap year, in 2003, me, Deus and a couple of other friends all shared a house in London – a good combination. We got a fair amount done and when we got back to SA I started putting up RL. Sow got put in for the need of young blood and later Sure, to help stoke the fire. Although the crew has been quite, it’s still there, it’s still alive. We are all still good mates.

You have painted in London on more than one occasion. What would you say are the differences between the two scenes (if there are any)?

It is two completely different scenes. Deus and I painted there a fair amount in 2003 and I try to get stuff up whenever I go back. I got to paint with some cool dudes and made some good friends. The London scene is huge with ten times the amount of writers. There are a lot more walls and a lot more trains. There is an anonymity there which you don’t get in Cape Town.

You get writers there who just do trains or just to dubs or just do legals. Cape Town is smaller and it feels like everybody knows everybody, which has its pros and cons. Highways and track-sides are more do-able here and I think that that has led to big burner illegal pieces, more than you would find in the centre of a lot of European cities. 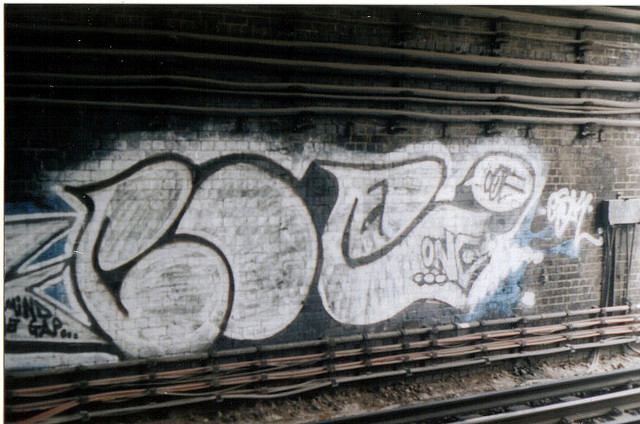 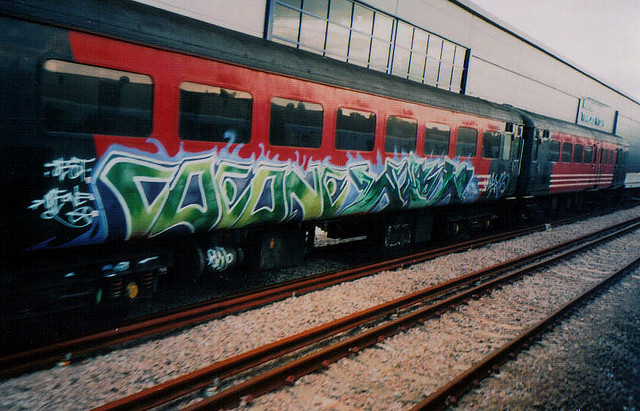 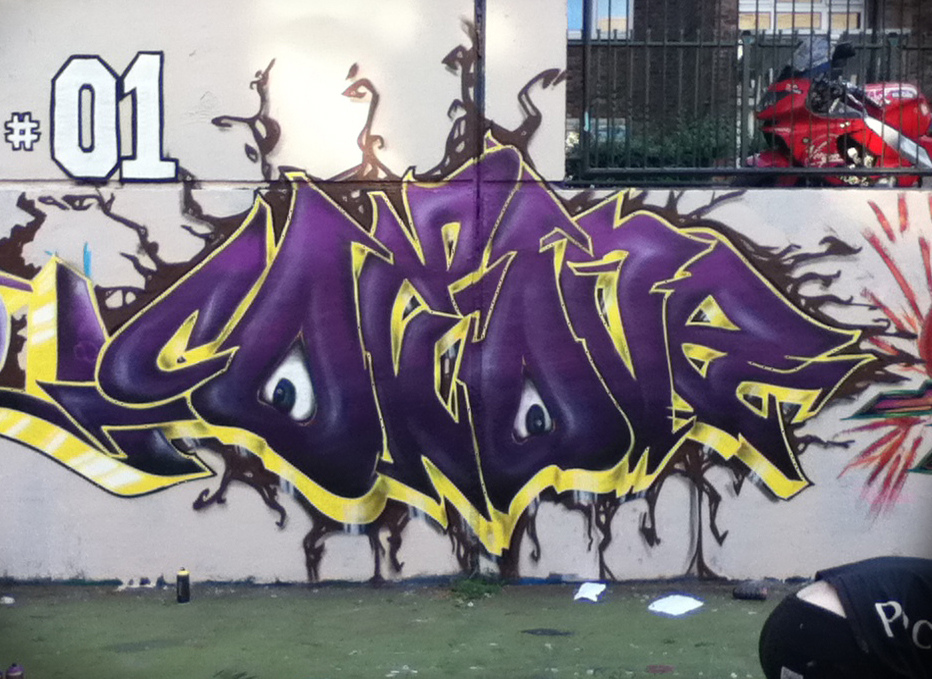 Do you have any particular meaning your work? Any thing that you hope to convey?

Not really. I think regular graffiti pieces I do for the fun and process of painting. Maybe slightly more with more ‘mural’ walls or postings and for those it’s more a case of seeing a spot or a space and having an idea that I think would work well there. There is definitely not the intention to have a deeper meaning.

How often do you paint?

Not enough. For the past couple of years I’ve been working a job which has the habit of robbing me of my nights and weekends. I’m trying to change things up a bit, so I have the freedom to get out more.

I want to get back to painting at least once or twice a week. I have maximum respect for the few writers who have been hitting it consistently for years.

Aside from graffiti, what other art work do you do?

I work as an art-director, which basically means I get to think up ideas and create stuff for a living. Some of which is cool and I’m happy about, other projects are as far from any definition of art as you can get. Besides that, some design and illustration work. Anything closer to ‘art’ I think should be kept for the streets.

What sort of reactions have you received about your art? Give us some examples from all the times you have painted.

I get a lot more reaction to my characters and more physical things I put up. It’s strange, it feels like when you do a piece you will only get reactions from people within the graffiti scene, but when you do a mural, character or put something else up that is when people outside the scene start to take interest – like they are immune to pieces.

On the whole the reactions are good. I think it’s a case of where people are used to seeing pieces so when you do something different they take notice. 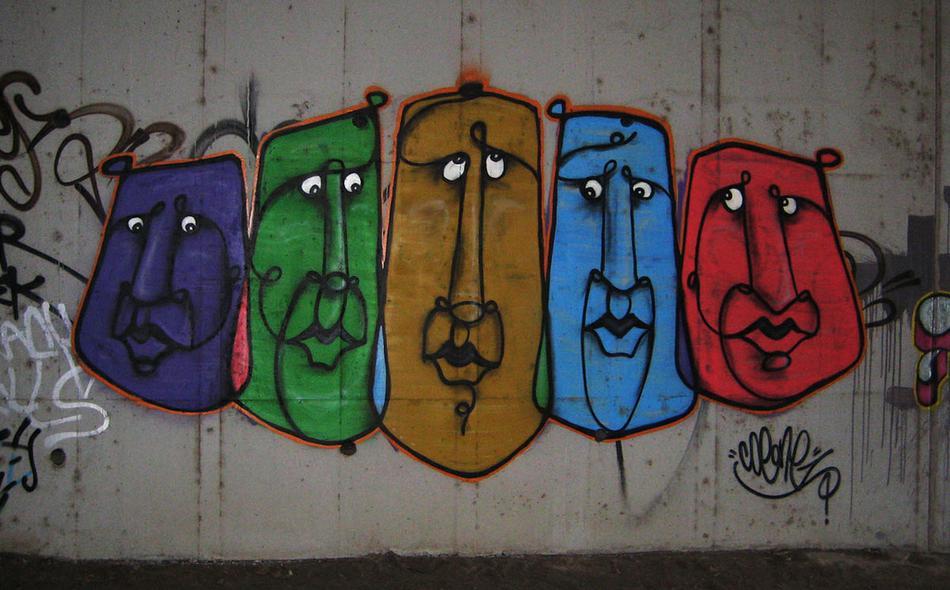 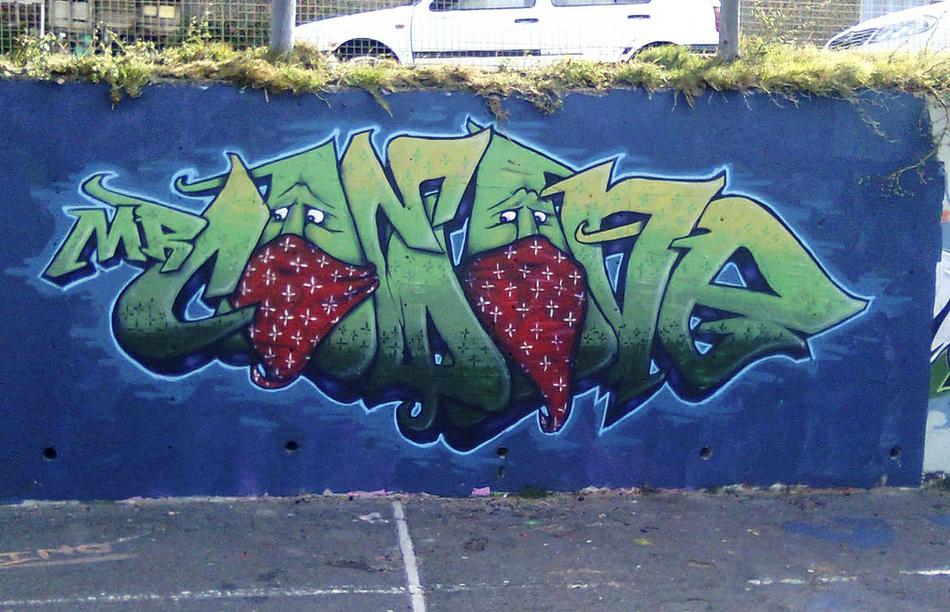 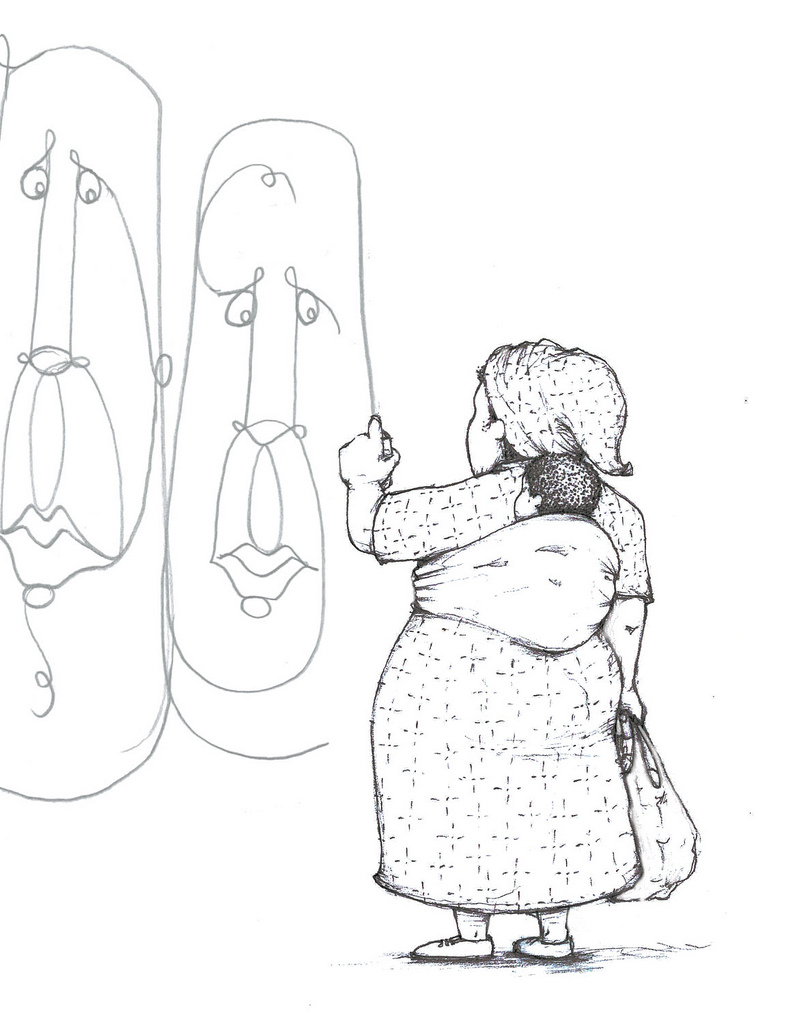 You have ventured into the realm of street art. Many SA graffiti artists dislike the street art scene and therefore it has never really picked up. What are your views on this?

Firstly I don’t know if you would call some of the things I’ve done ‘Street art’. I think it’s a silly argument however you see it. Graffiti as a whole is supposed to be this thing you go out and do by yourself or with friends as a means of enjoyment, expression, general having a laugh and fucking around. The whole point behind it is that you don’t have to abide by the rules and conform to everyone else’s judgements.

I think it is silly to say ‘It has to be a piece’ or ‘It has to be done with a spraycan’. Put up whatever you want, if it makes you happy then its doing the trick. Just whatever side of the supposed divide you are on, don’t take yourself too seriously.

Do you think graffiti is changing? If so, how?

I think access to the internet has been the biggest change. The problem is for a lot of writers they see more graff online than they do on the streets. What this has meant is the level of style has accelerated, but what it also means is that you see a lot of the same fills and outlines. Websites have their place as a tool for documentation for sure, but people abuse that and use it as a tool for getting up or getting fame. Graffiti lives on the streets. 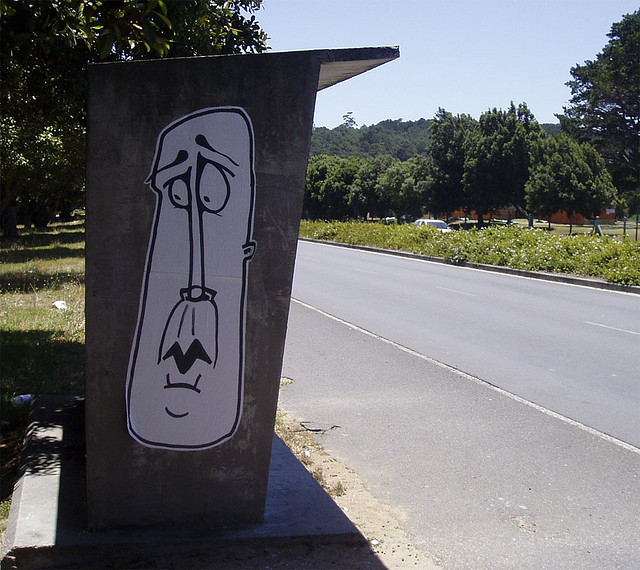 What is your favourite surface to paint on?

Steel. It’s been a while though.

Any interesting stories relating to your graffiti adventures?

Lots. I’ll tell you over a round of beers.

What do you think of the South African graffiti scene?

Small, but kicking. There are only a small handful of writers who are really tearing it up consistently on all levels, but there are a lot of other people doing interesting stuff. I think that we should have a more defined SA style though. We’ve had such a unique history and such unique cultures but 70% of the pieces you see wouldn’t look out of place in Europe. Look at Brazilian graffiti for instance, the style sets it apart.

What genre would your art be if it was music?

Ha, chilled hip-hop. The Roots I would like to think. 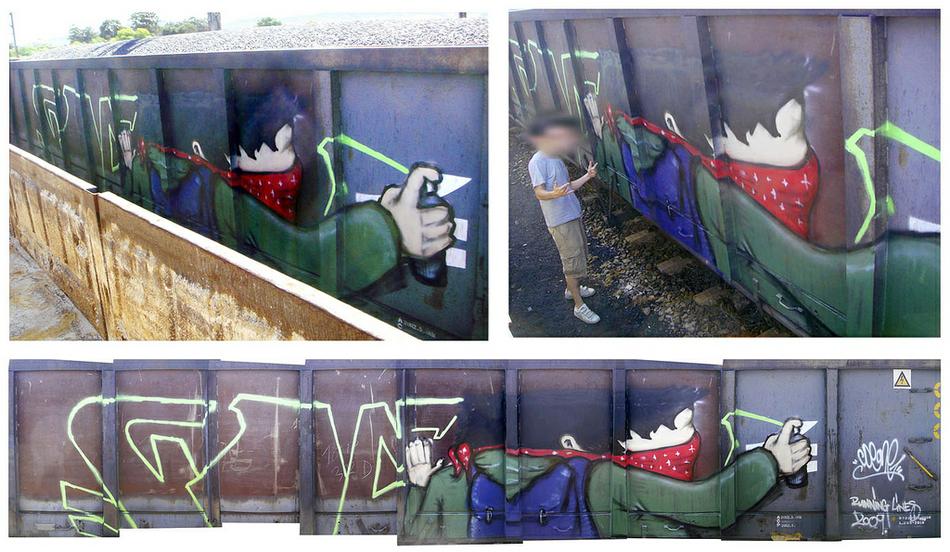 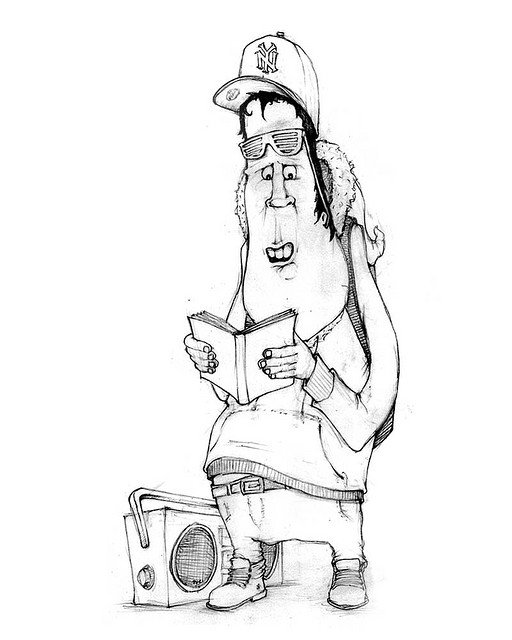 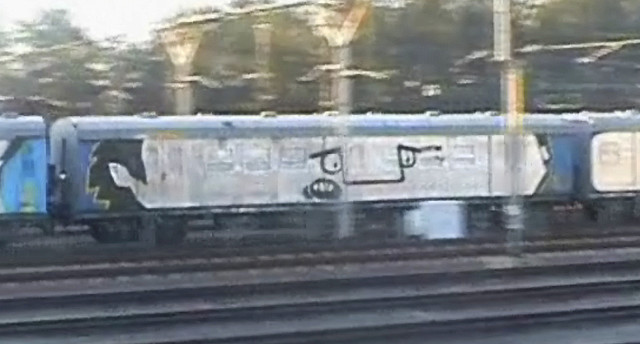 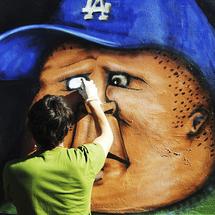