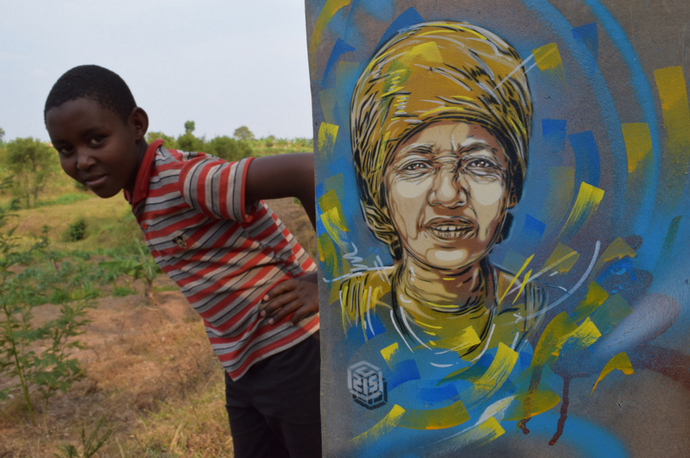 French stencil artist, C215, was invited to paint for a project in Rwanda towards the end of 2015. After wanting to visit for a while, a relevant project came up via EGAM (European Grassroots Antiracist Movement).

C215 did not know much about the genocide of 1994 but wanted to make a positive impact. “Not only did I want to work for reconciliation over there but also help the French understand the [current] situation in Rwanda better.” - C215 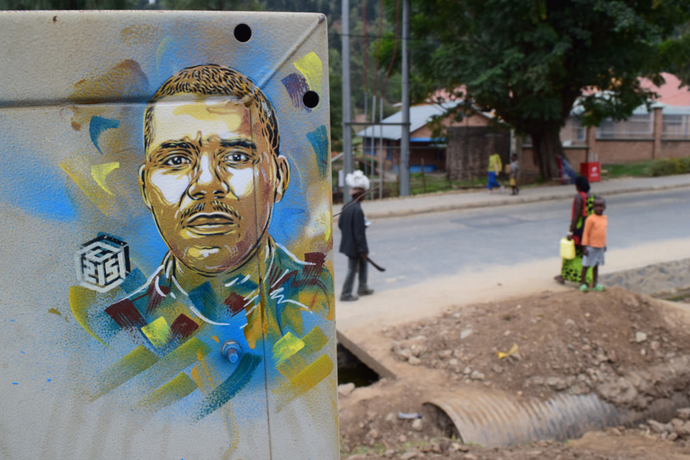 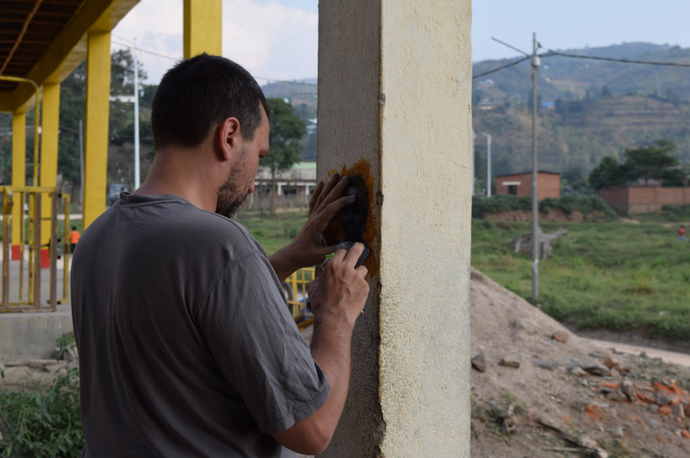 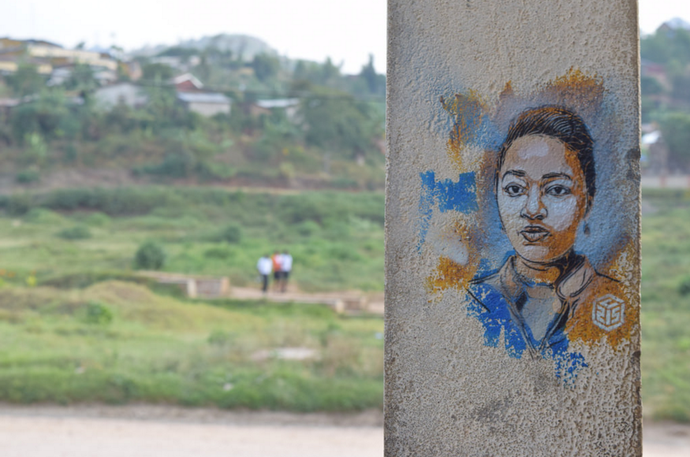 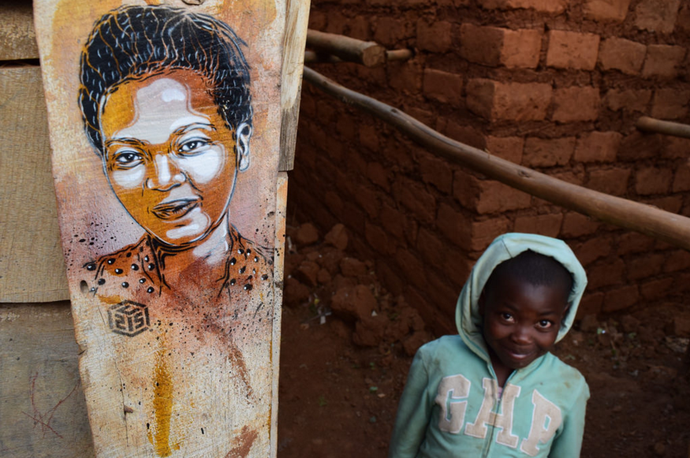 Proposing to paint portraits of the Righteous of Rwanda, the rescuers, he wanted to focus on life rather than death. A list of heroes to be honoured, as well as people saved, was drawn up thanks to EGAM and the National Commission for the Fight against Genocide (CNLG), Ibuka.

“I wanted to make something positive and I did not want to intervene as a prosecutor on the walls of Rwanda. I [also] think that a reconciliation process is what matters the most.” 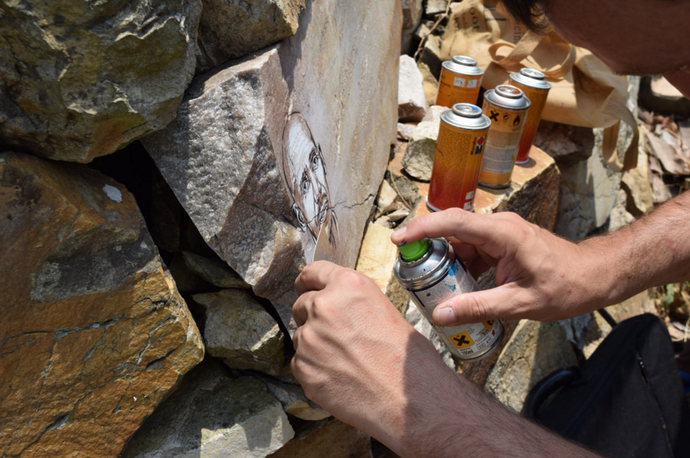 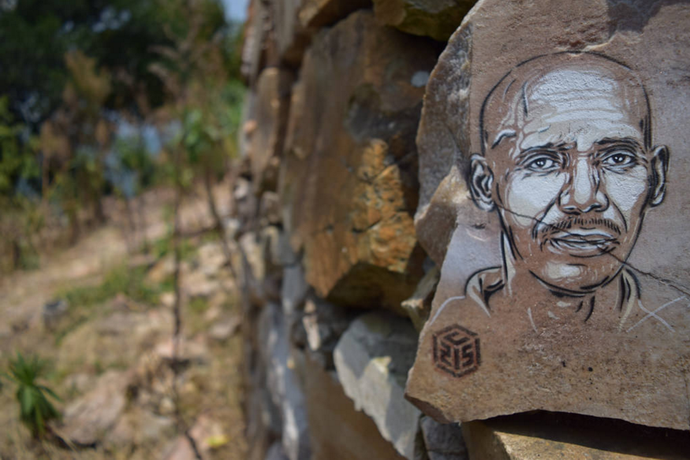 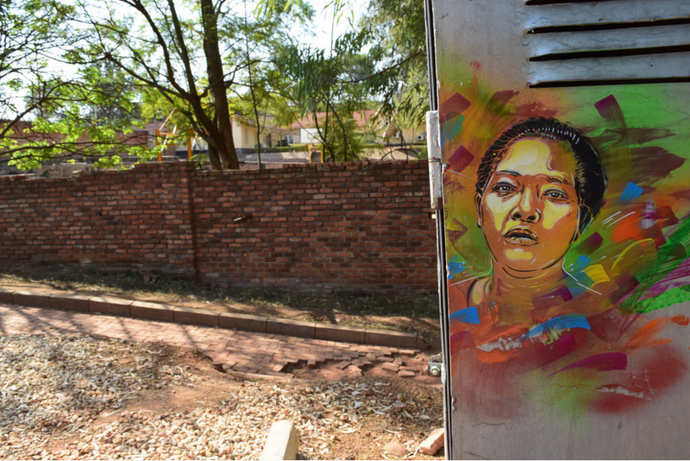 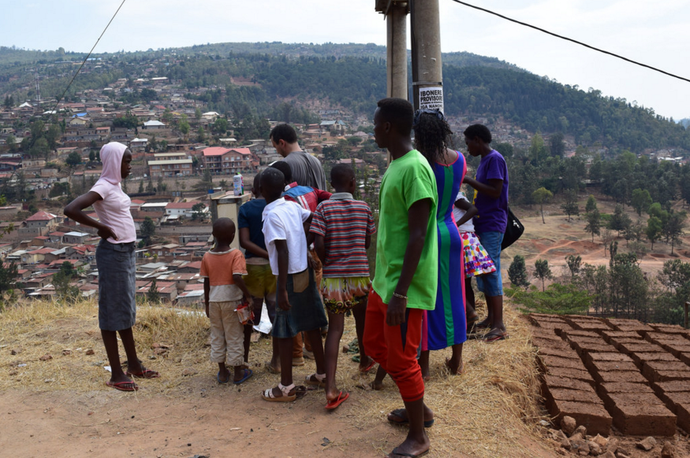 The artist strayed away from painting grimy doors and in car parks, like he usually does, in order to preserve the dignity of the characters represented. Contacting associations like the National Commission for the fight against Genocide helped find more convenient spots in a better setting. He also refrained from painting any other subject matter as to keep a consistent focus on the message. 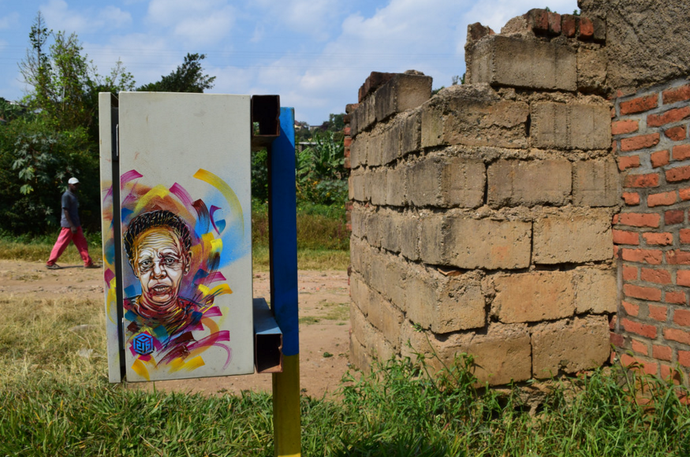 It took a while for permission of a final mural to be granted, but every little stencil (even palm-size) helped to lay the foundation for the climax. A total nineteen small stencils were painted across the country.

“As I was discovering the country I felt that it was possible to disseminate those paintings without polluting or disturbing the local landscape. I insisted on being discreet. For me it was out of the question to intervene in the streets and make propaganda in a street art manner.”

His guide, Liza, helped to explain to the people what C215 was doing, sometimes in front of a growing crowd.

“The audience grew rapidly because the people were very curious about this new thing. They called me ‘Umuzungu ashushanya’ - the white man who draws.” 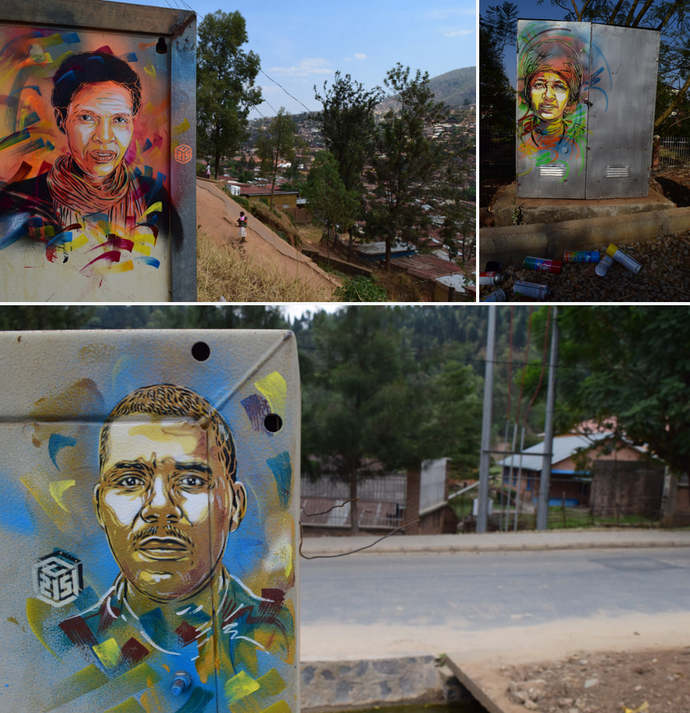 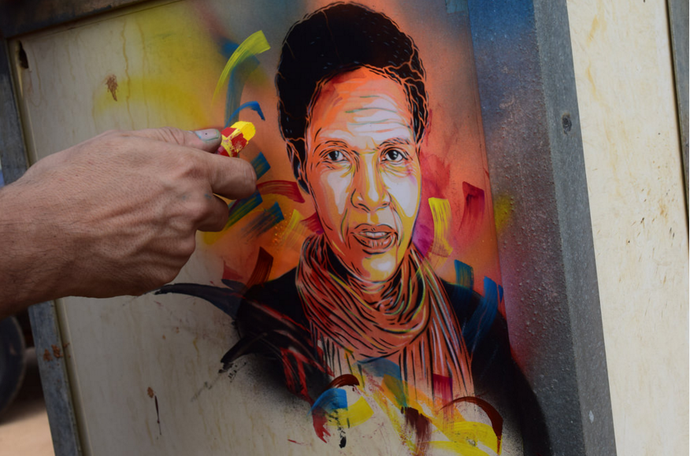 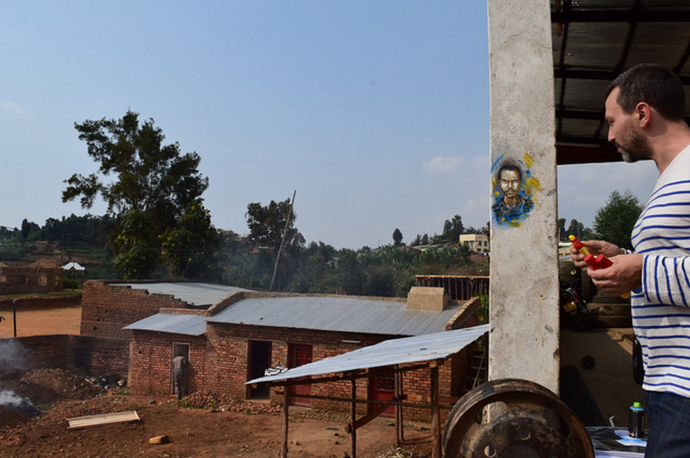 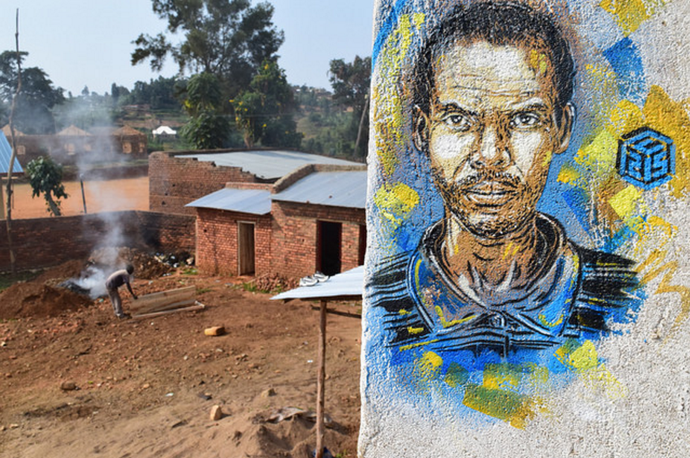 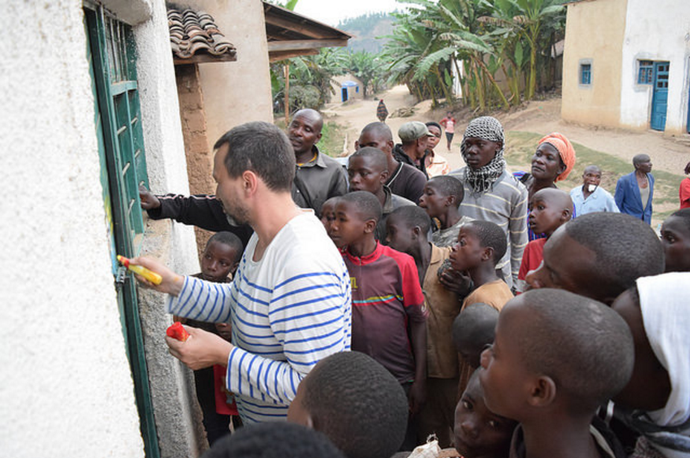 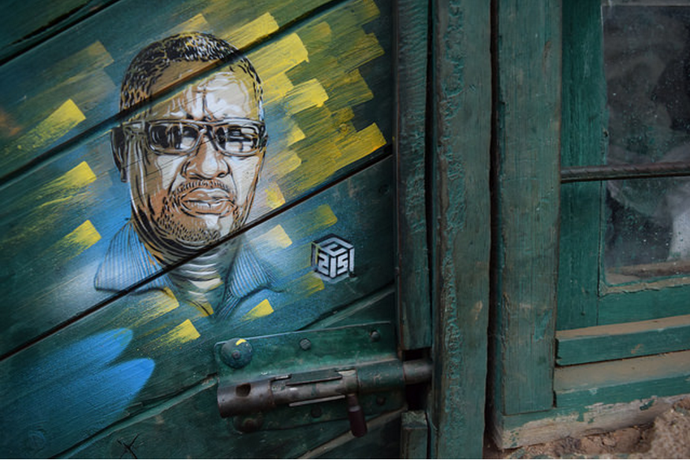 Along the journey, he learnt more about the genocide and of previous tragedies in a similar vein, realising that one visit would not heal all the damage.

“I was confronted to situations of resilience that overwhelmed me. I managed to see a country that is standing, even if it is militarised or full of police. A forced peace but that may be the only alternative in this context. I hope that as time goes by, generation after generation, scars will heal. The government and the community work for the well being of all and send signals of truce. It is an extremely dynamic country.” 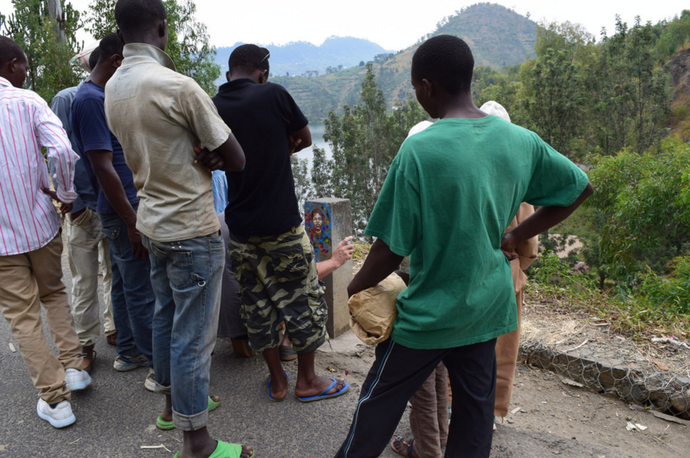 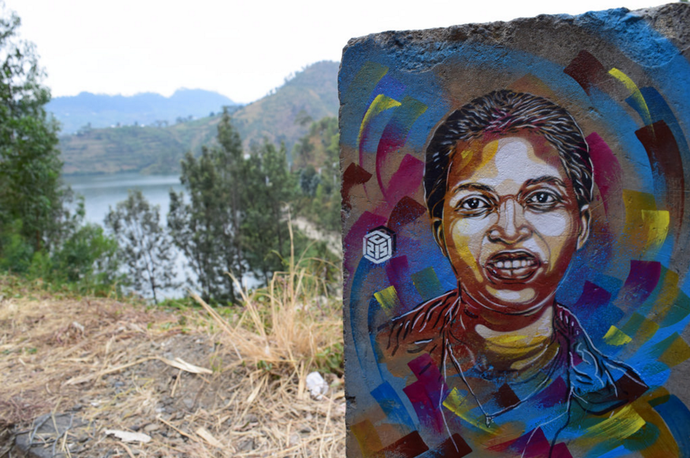 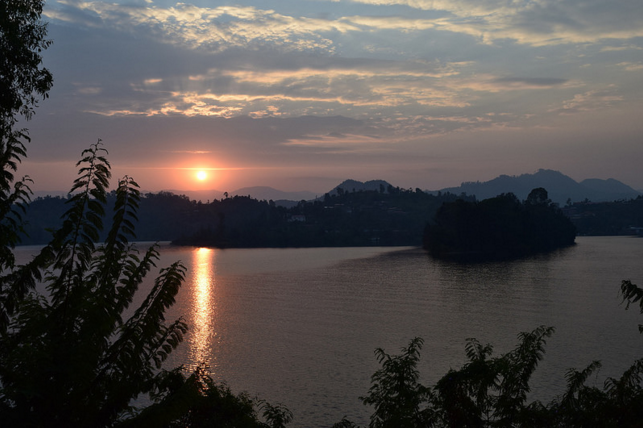 C215 was welcomed by Rwandans, despite having French leaders back home who supported the genocide perpetrators, even welcoming and harbouring some of the killers. He also got to paint a mural inside main memorial where more than 250,000 people are buried.

“I raised awareness and hope that this modest action will contribute to help things change at last.” 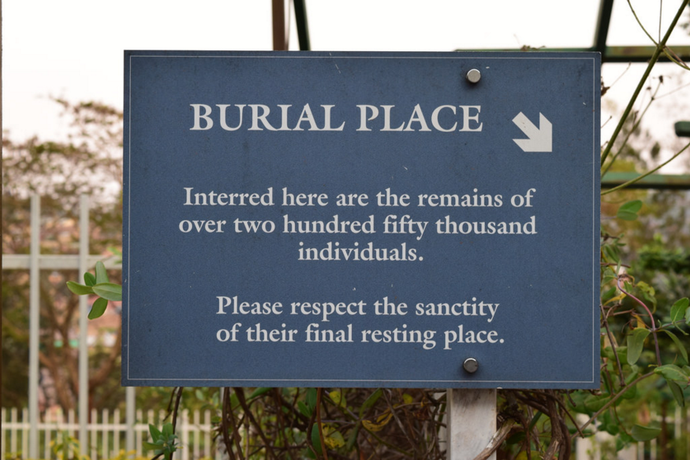 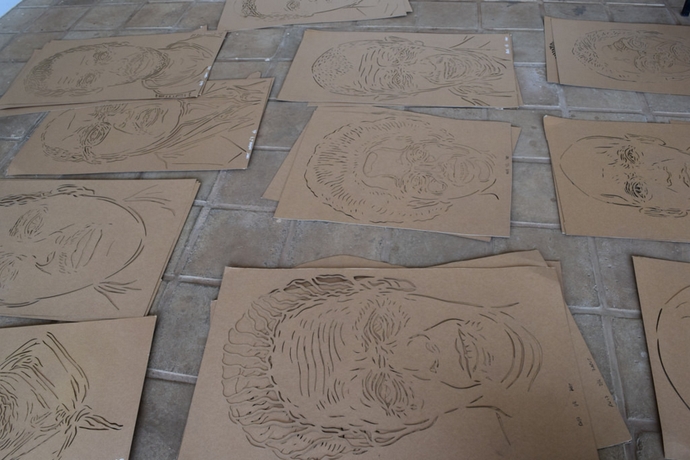 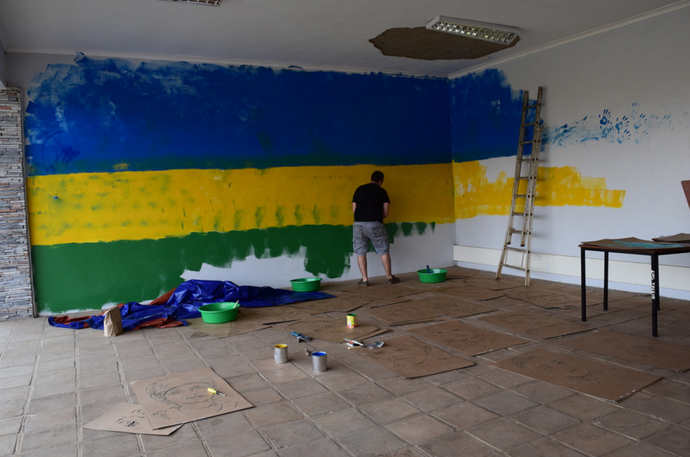 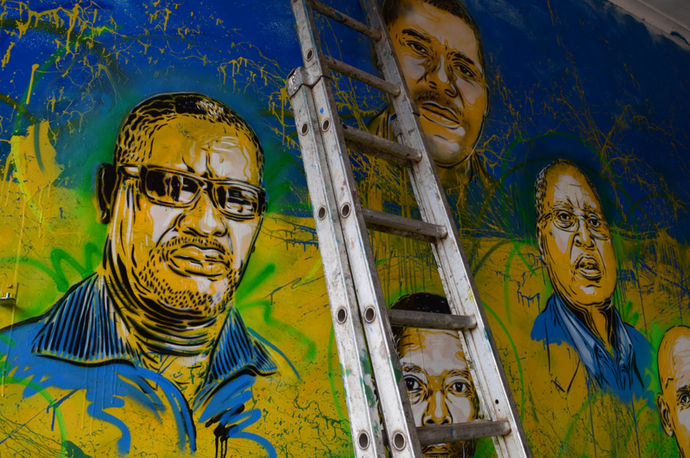 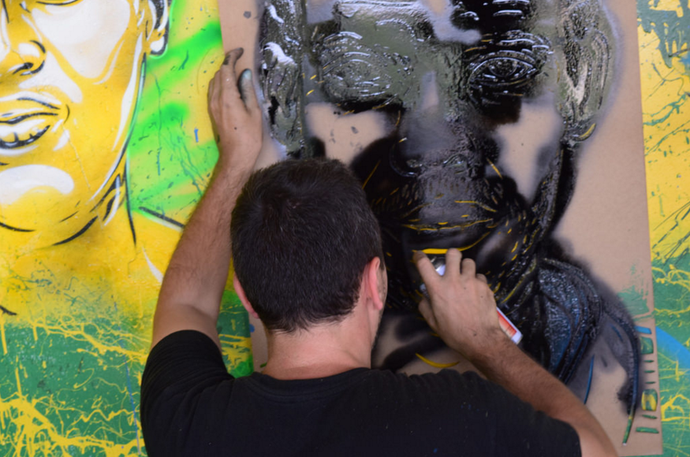 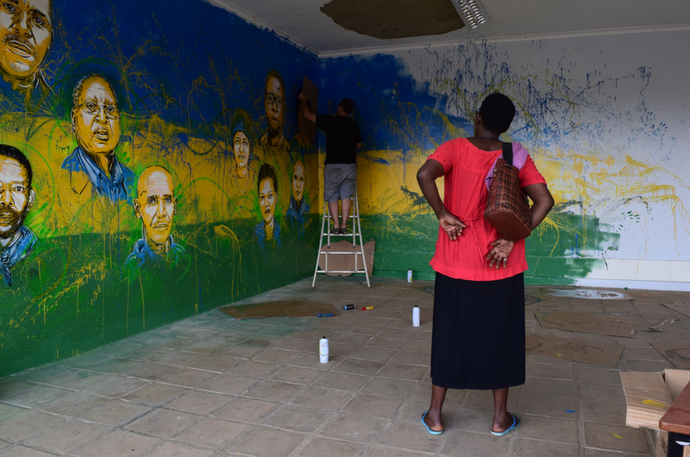 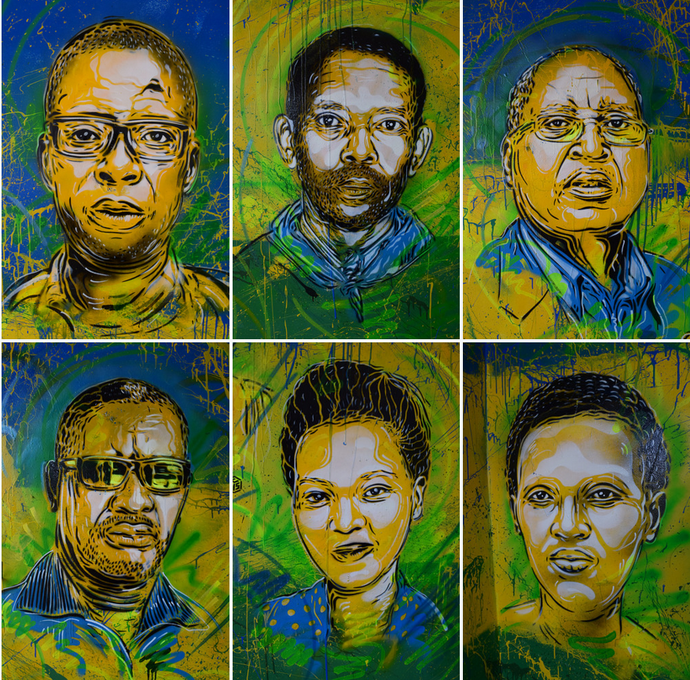 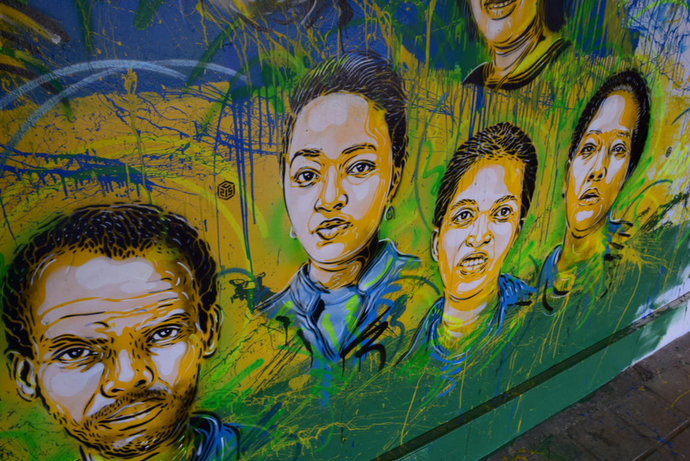 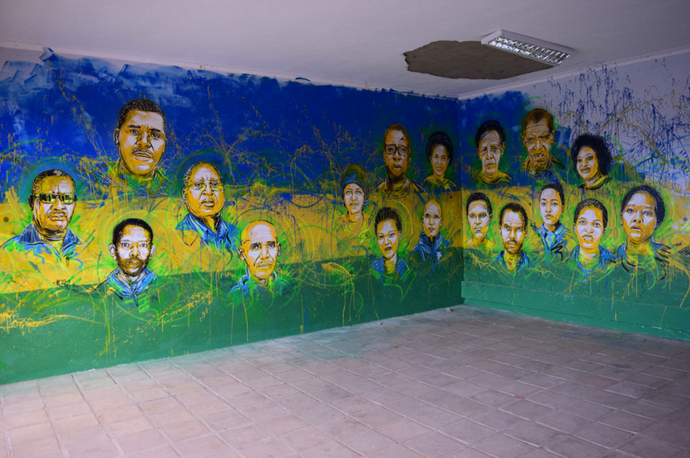 Extracts taken from an interview with the artist by Sylvie Coma and Benjamin Abtan.

Check out the full set of images HERE.