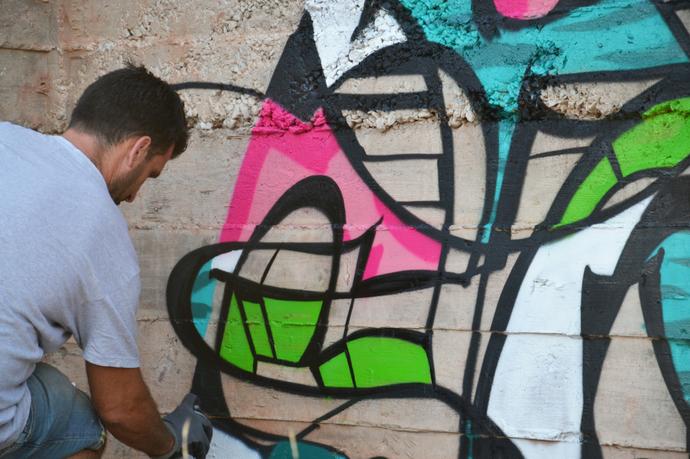 The exhibition ran from October 12 to November 15, 2015 and featured new paintings and sculptures “both a tribute to urban footprints and a reflection on memory”. 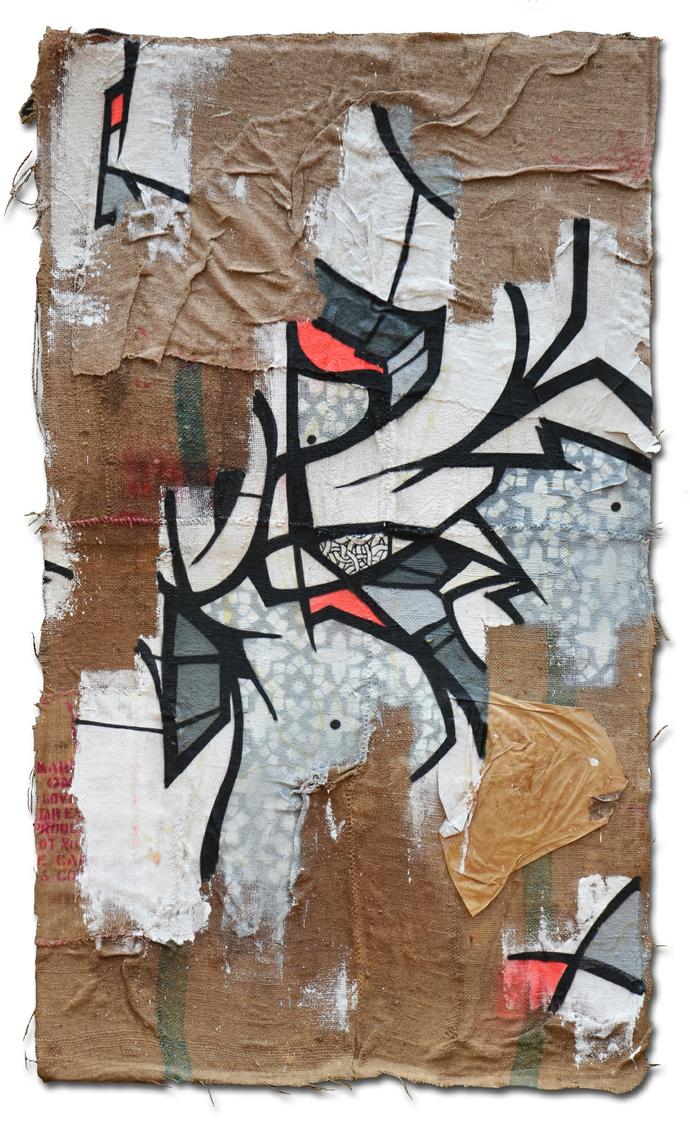 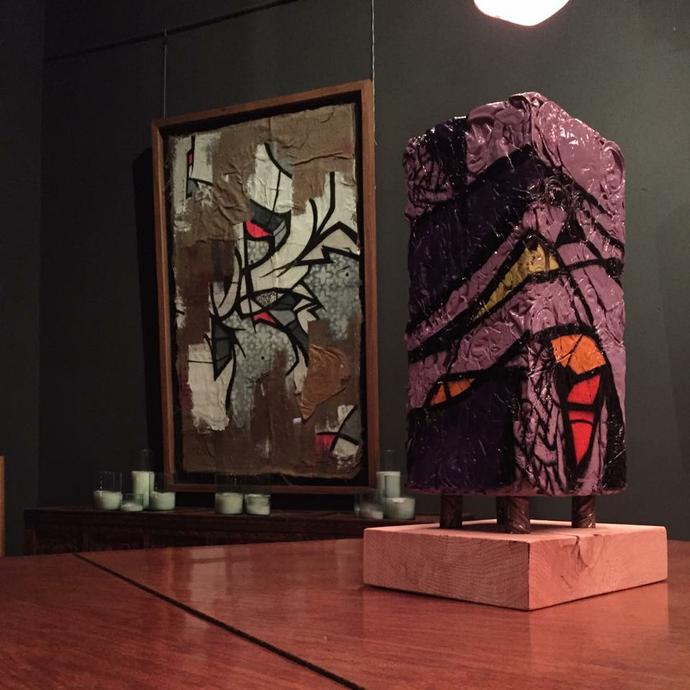 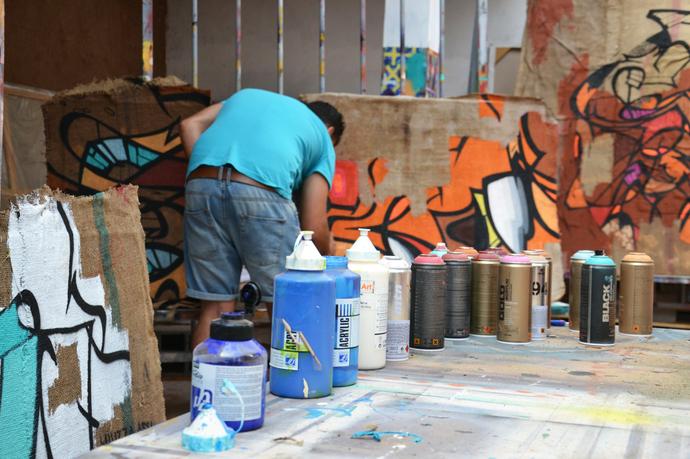 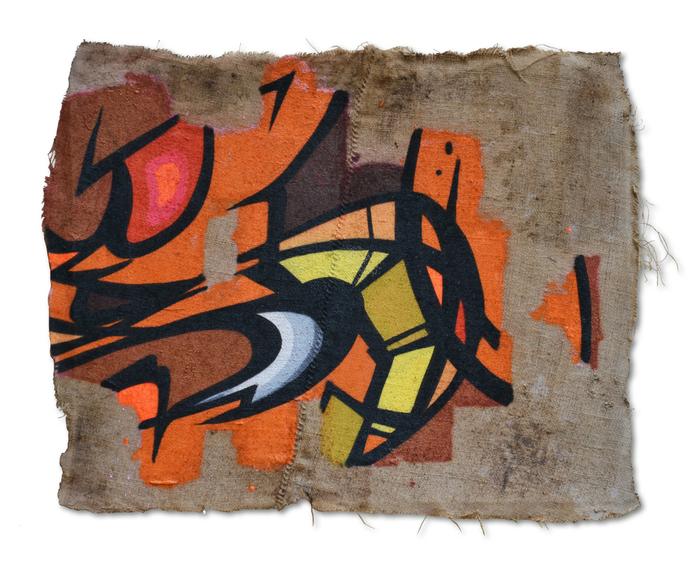 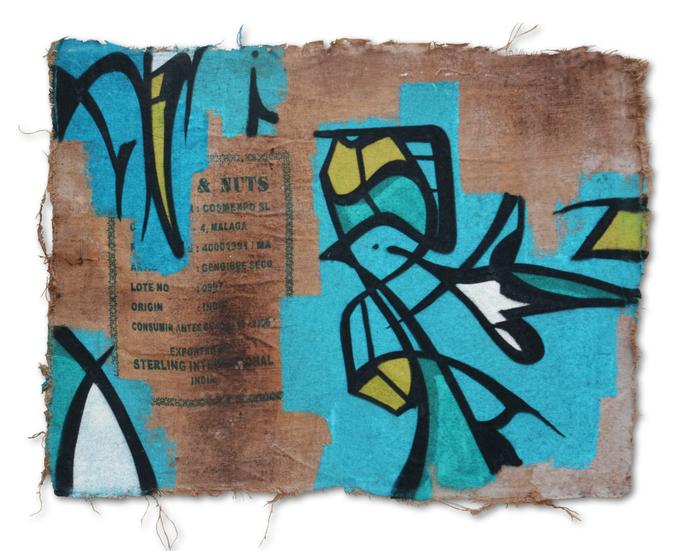 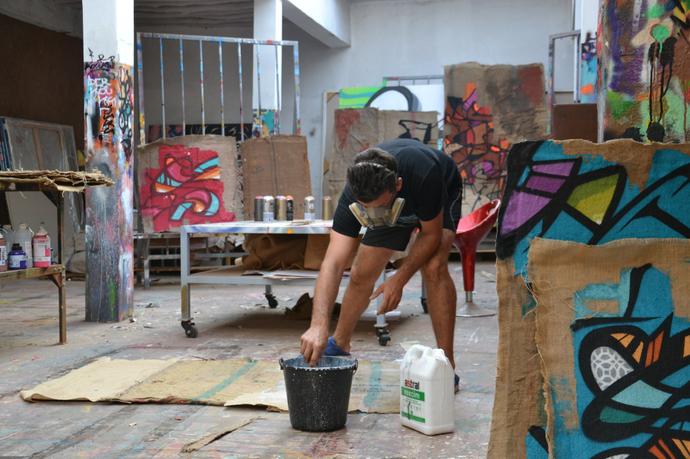 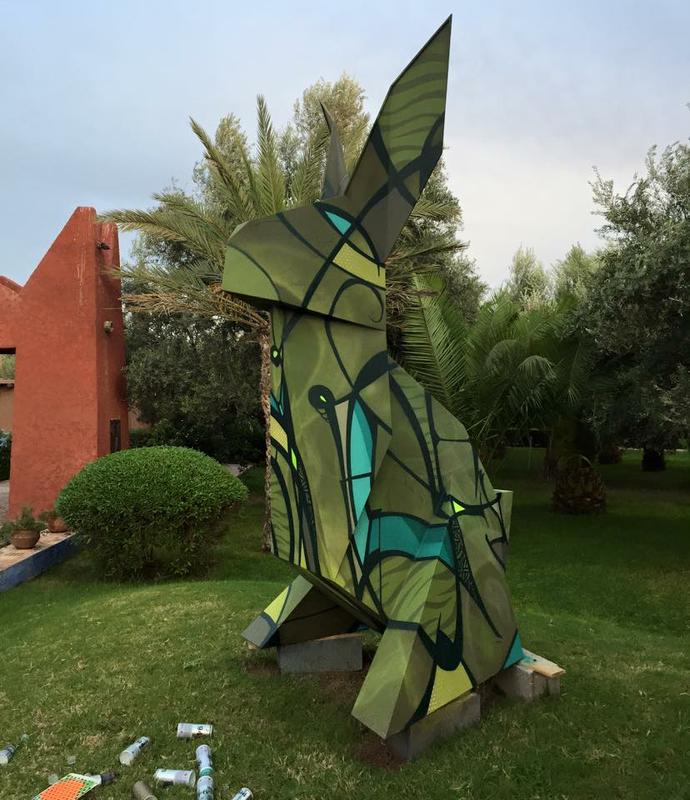 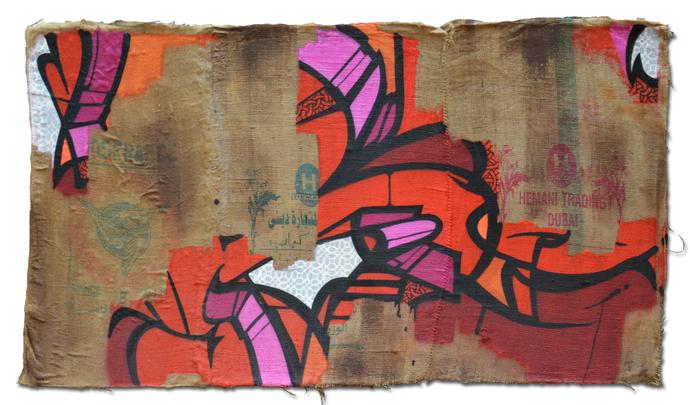 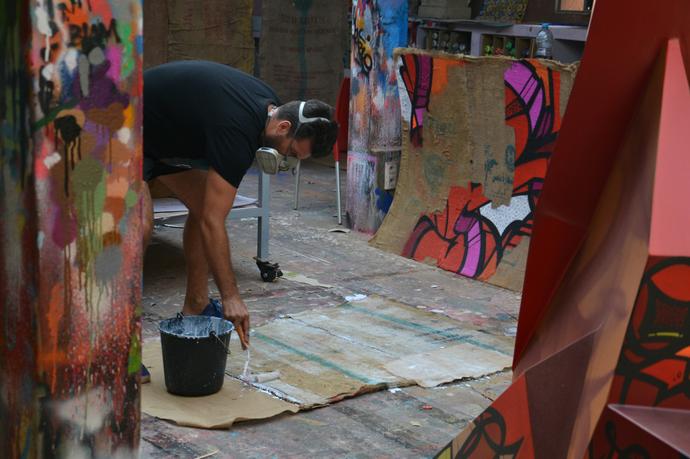 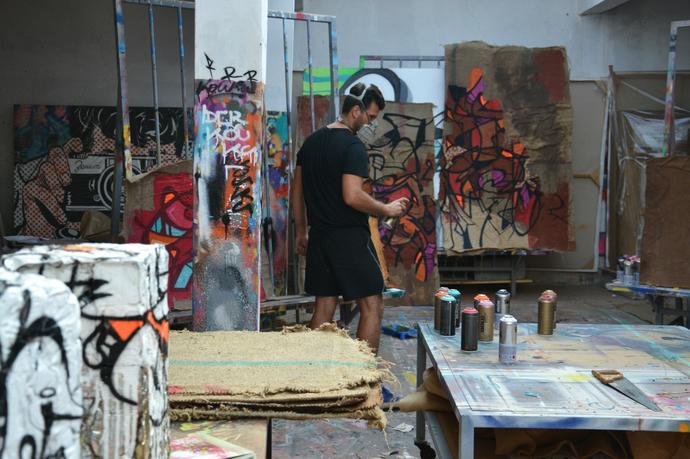 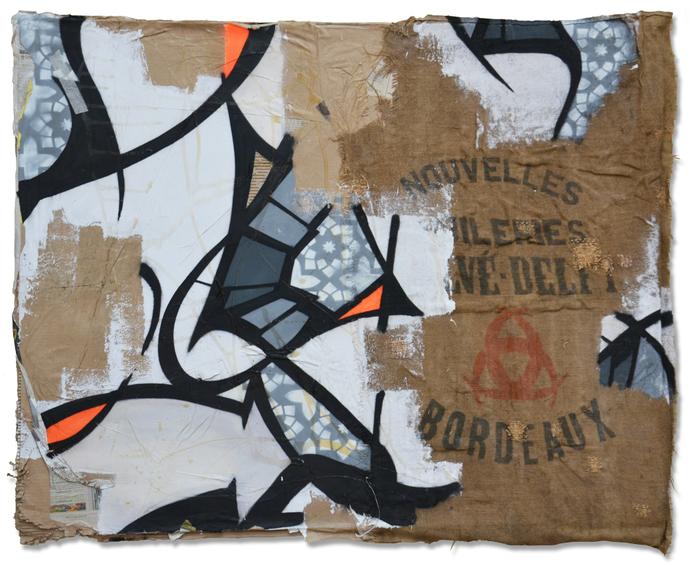 RESO is a key player of the graffiti scene but does not claim affiliation to any artistic movement. On the contrary, his creations utter a call to life and mankind that needs to be heard. The existentialism of his canvases and urban productions displays the abstraction of what could merely be mistaken for a series of signs. His symbolic alphabet draws from his artistic playgrounds. Consequently the artist has built his universe on these territories, reproducing them in colourful paintings with underlying black patterns in which he chants his name.

During his Moroccan escapade RESO used raw materials to model his creation, playing with objects like jute bags, tin cans and old papers. He makes colour dance within these limitations, and wishes to communicate with elementariness - reds, blues, yellows, greens wander through his works. Repetitive forms make his paintings instantly recognisable. 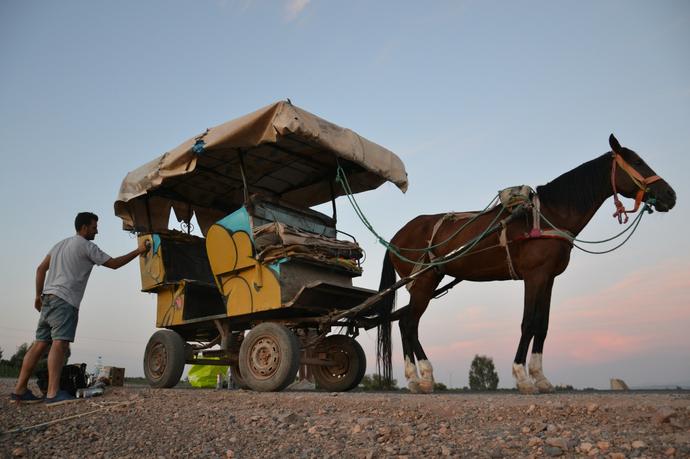