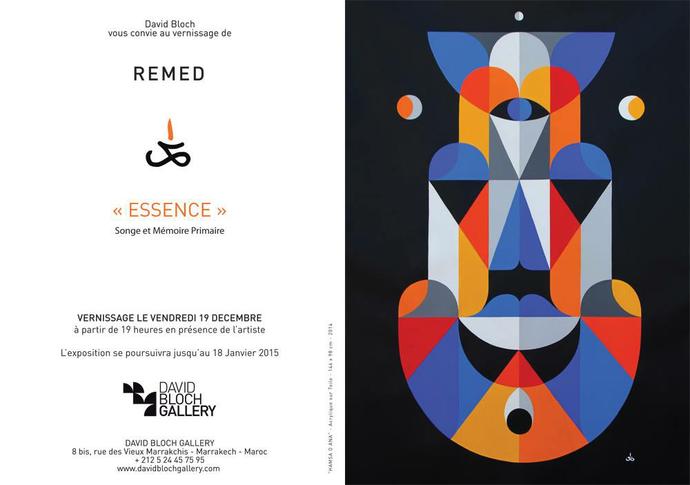 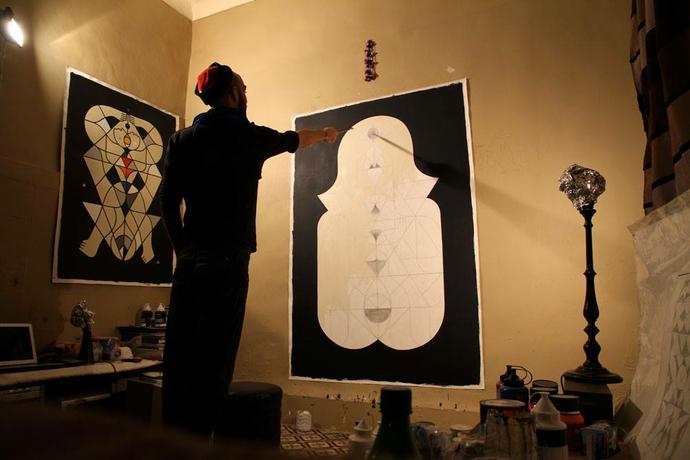 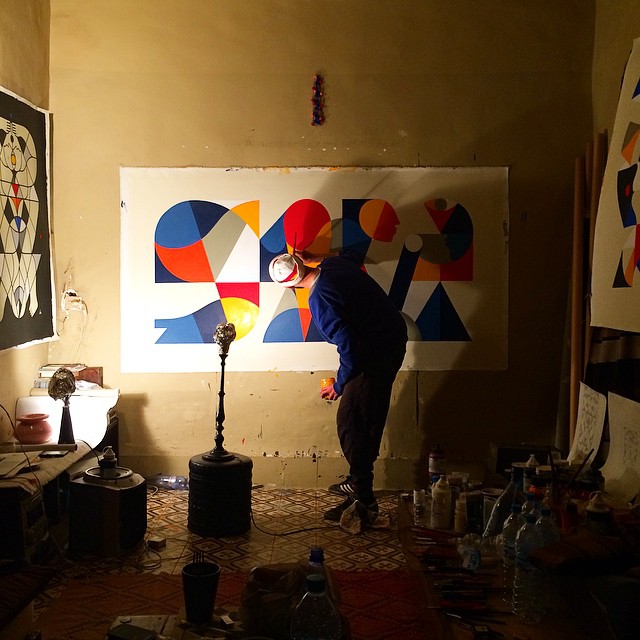 Influenced by both classical 20th century artists such as Modigliani or Lightweight, by the Moroccan art of Zellige, the work of ReMeD is unique and immediately recognisable. Working in conjunction with geometry and calligraphy in the search for mathematical perfection, combining the organic dimension and energy of the line, ReMeD seeks to find the truth through the simplicity; to discover the universal language of form and colour.

While residing in Madrid, and after completing a cycle study into “communication space” in a school of applied arts, ReMeD seemed destined for a career in graphic design before a friend introduced him to graffiti. After working a year and a half in an advertising agency, he left his job to devote himself to teaching in schools and graffiti in social institutions (the intervention at Children Art Museum in New York in 2011 being a result of this vocation). A chance meeting with the artist Mahjoub Ben Bella was the first real turning point in his artistic career. 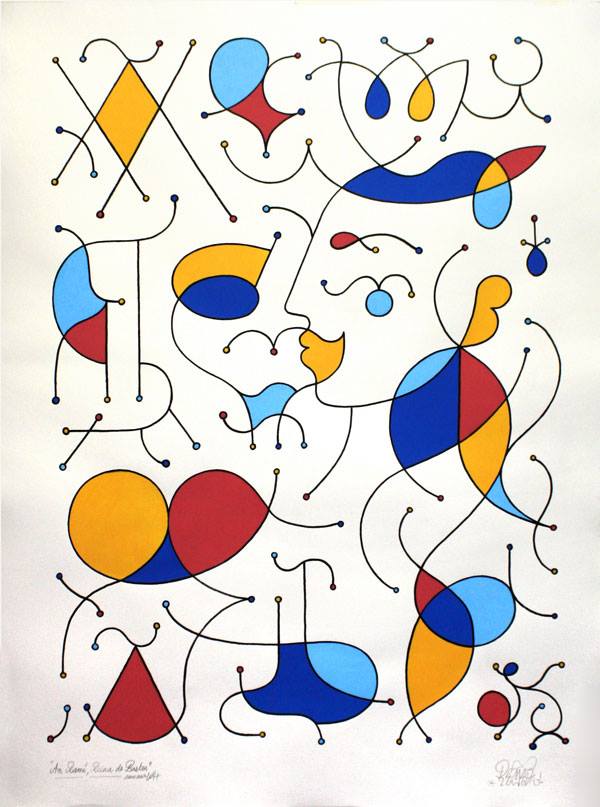 Realising that an artist could work purely and sincerely, beyond the commercial pressures, ReMeD found the strength to embrace his own path and began to focus more seriously on his work. In 2006, he moved to Sao Paulo and his style started to take shape, developing its own language, focusing on cosmology and spirituality. He weaves complex stories in each of his images, almost like religious parables or folk tales, carrying a deeper meaning often neglected because of their “beauty”.

An obsession is born in him, the relationship between mathematics and aesthetics, pondering the harmony of the “whole” - an impregnated balance and contrast features of Islamic art, a visual code in which all parts of the image are involved in a synchronous search, where nothing is left to chance. The aesthetic experiments emerge from a very personal universe as he describes his painting as “a diary, a book or philosophical inventions essay”, aiming to transcend the “self” in order to reach the other.

Trying to create a universal dialect, a language capable of crossing the values social and cultural through the creation of a speech that’s mainly visual, ReMeD attempts to communicate the classic themes and the dualities of life - the life and death, sickness and health, good and evil - his job is on the border of the figuration and abstraction, to find common ground with the viewer. 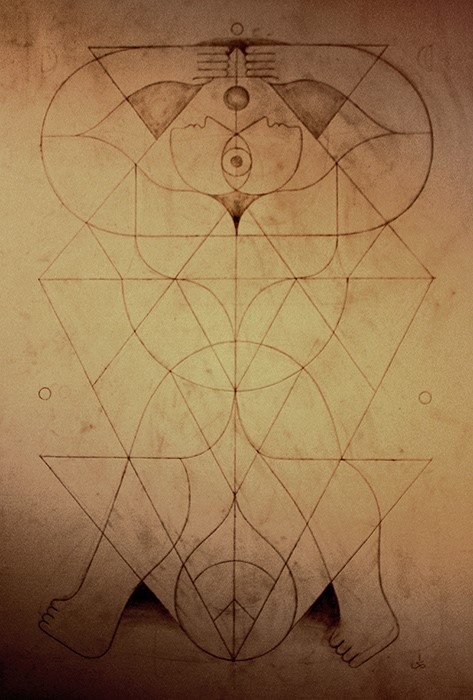 Since his return to Madrid, where he is now installed, the work of a ReMeD continued to refine, developing what is now an inimitable style. While he produces more and more work in the workshop, ReMeD continues to cultivate a strong link with the street, through the “tag”, albeit in a very experimental way. Today he writes philosophical messages in calligraphy (often with chalk) on the walls of his city as well as produces more elaborate and monumental mural paintings.

For ReMeD, all activities are as important as each other. Each of these disciplines is a opportunity to rhyme with colours and shapes, an opportunity to communicate and experiment, the chance to vibrate, and to live. For him, art is simply a way to heal the soul, a cure for the mind, as a form of nascent introspection therapy, opening to each other by expression. For him art is the marriage of science and the soul, a way to cope with pain and happiness, love and hate, light and dark, a cure for life itself. 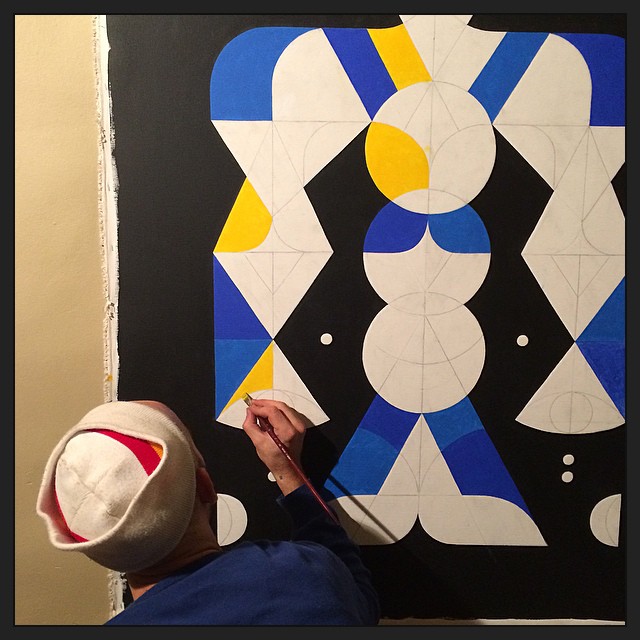 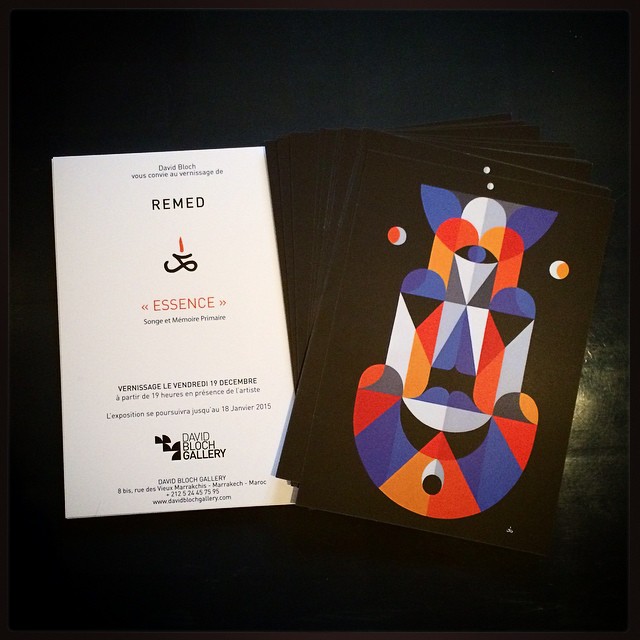 The gallery has played host to some very exciting exhibitions in the past, featuring some well-renowned international artists like Augustine Kofie, LX One, Nawer and Remi Rough, usually attributed to the graffuturist movement.

Click ‘next’ to browse through the gallery of images below: