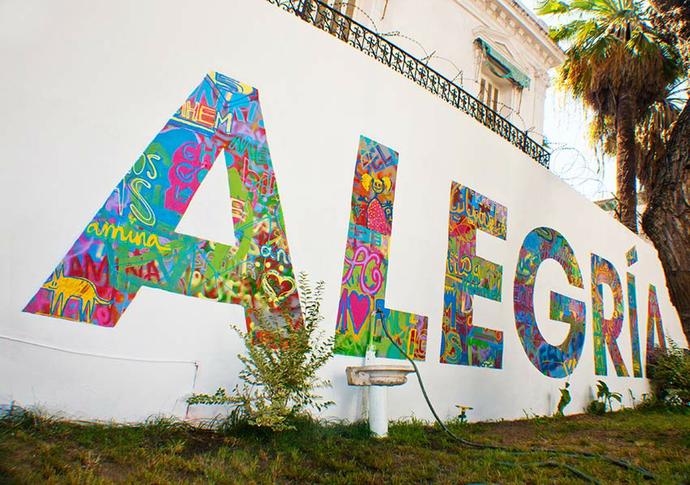 Multidisciplinary Spanish collective, Boa Mistura, headed across the Mediterranean to paint a collaborative mural in Algiers, Algeria in July 2012.

Invited by the Cervantes Institute of Argel, the mural, entitled “Joy In Argiel”, was a painted with the help of the local community.

“The piece was made in two stages: the first one is collaborative and everybody is welcome to participate. We generate a colour background with messages and drawings by every participant. In the second stage, we partially cover that background with white, framing the coloured background inside the word.”