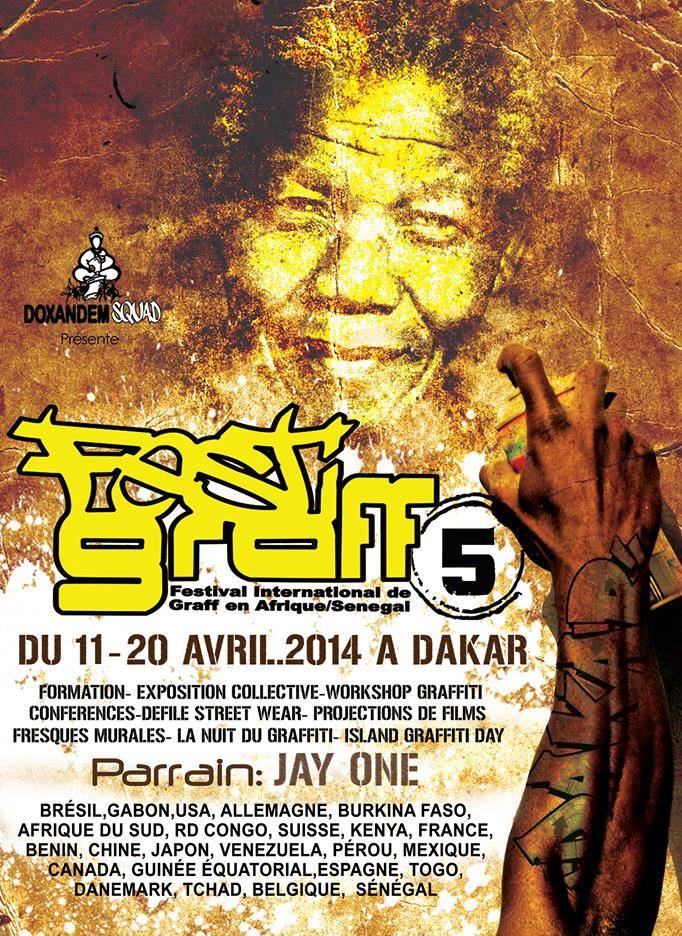 Festigraff is a festival of artistic experimentation - an exhibition of paintings, graffiti and pictures, as well as workshops and lectures. It seeks to strengthen the capacity of African graffiti, and bring them through exchanges with artists from around the world, a reflection on media and alternatives, techniques specific to an “African School” graffiti.

This event, initiated by Docta and structured by Doxandem Squad, will bring together street artists from around the globe. The 2013 edition of the festival brought twenty graffiti artists from around the world, including France, Switzerland, Canada, Brazil, Gabon, Guinea Bissau, and Tunisia. This year, 35 artists have been invited, including JayOne from France & Kasi and Falko from South Africa.