The local graffiti world is buzzing after news of what happened in Durban on Sunday. Seven graffiti artists were arrested at the Eiy5 Memorial Graffiti Jam in Sydney Road and are now appearing in court on September 14. This event was organised and publicised weeks before, with permission from the perceived owner of the wall. It now seems like the wall had been leased from the municipality and was never a legal graffiti wall.

The Citizen and The Mercury newspapers published articles on Monday stating that these men were related to gangs and that this was gang graffiti. Find these here

The overwhelming response is that these articles were sensationalist, melodramatic and pieces of irresponsible journalism. A new website has been set up to create awareness and respond to what has happened…

Some interesting responses from both sides of the fence.

A graffiti jam that took place in Durban yesterday took a turn for the worse when seven people were arrested on charges relating to vandalism. The event was created to pay tribute to a deceased friend and was held at a location where several graffiti jams have taken place over the last few years.

Read what the press had to say: 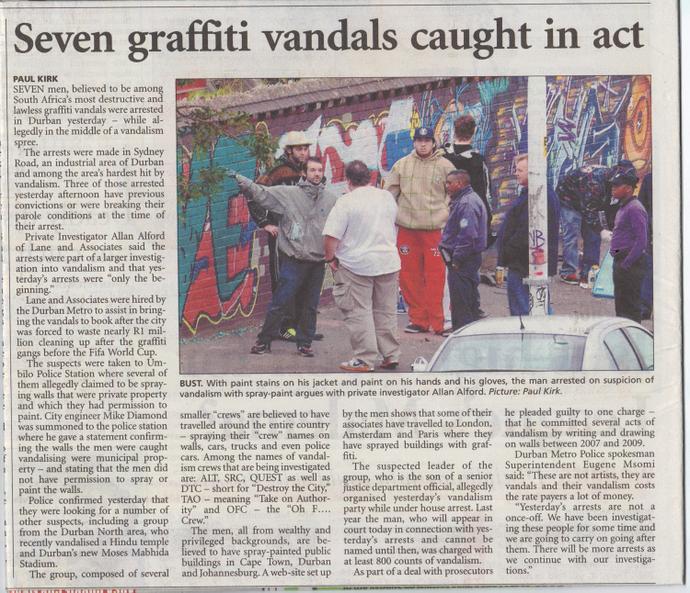 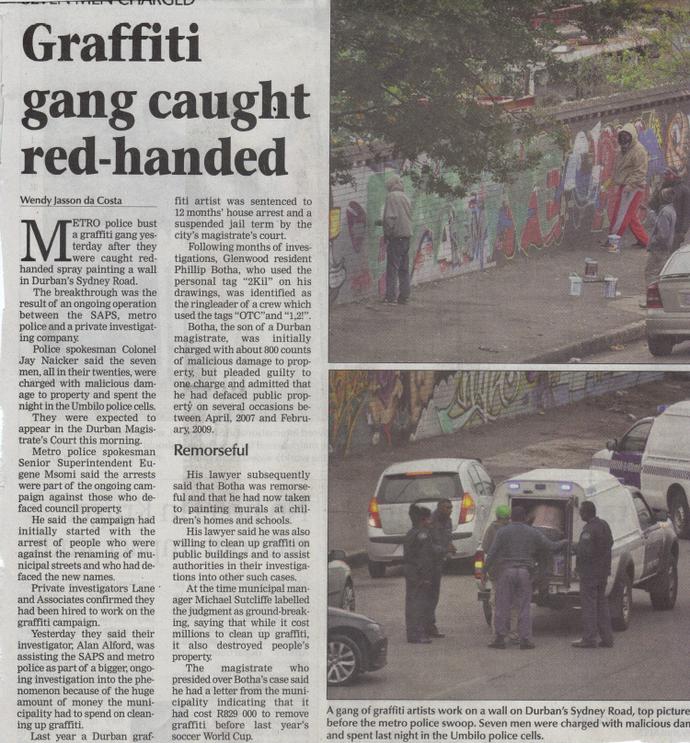