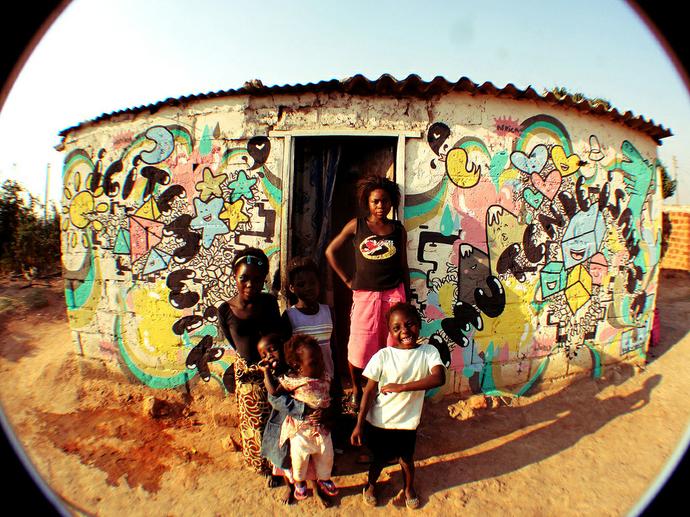 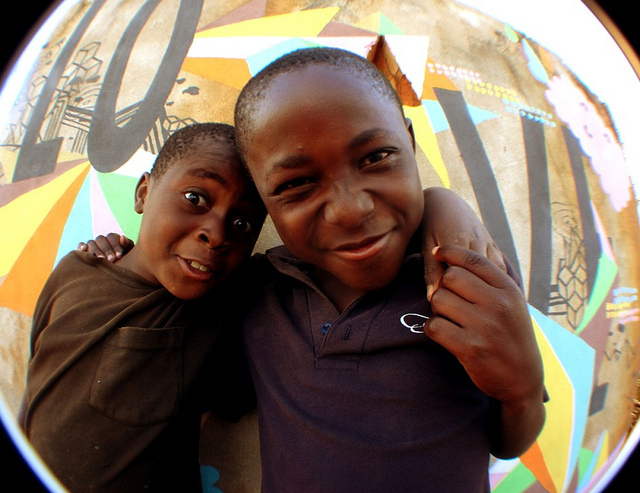 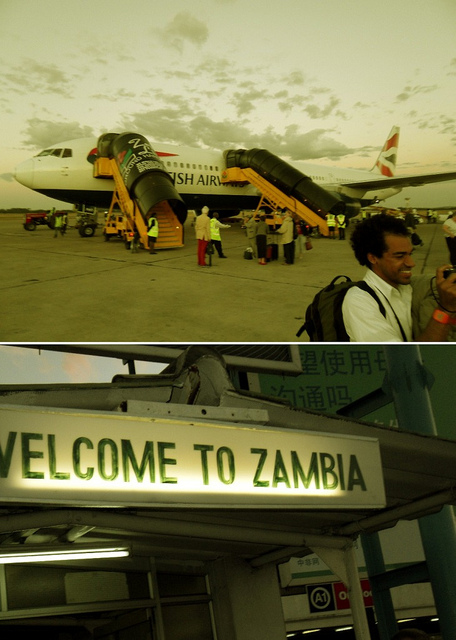 Brazilian artist Zéh Palito spent 6 months volunteering for an American/Danish N.G.O in the rural areas of north Zambia in 2010. He educated people about water and sanitation during the week, mainly working with the children. Then on weekends, he could show off his artistic talent. 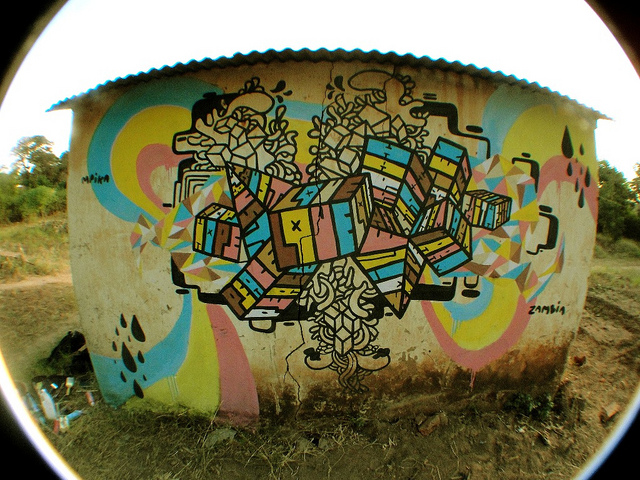 On Saturdays, Zéh Palito and another friend from Korea, Sim, held classes where they taught the kids about geography, sport and art. They realised that there was not much entertainment for the kids besides them playing games with stones (kabulila), playing with tyres, and soccer. These new interactive classes became the Saturday Club. 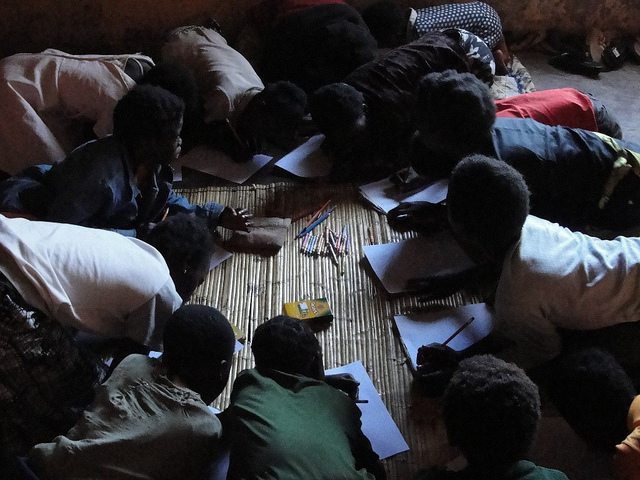 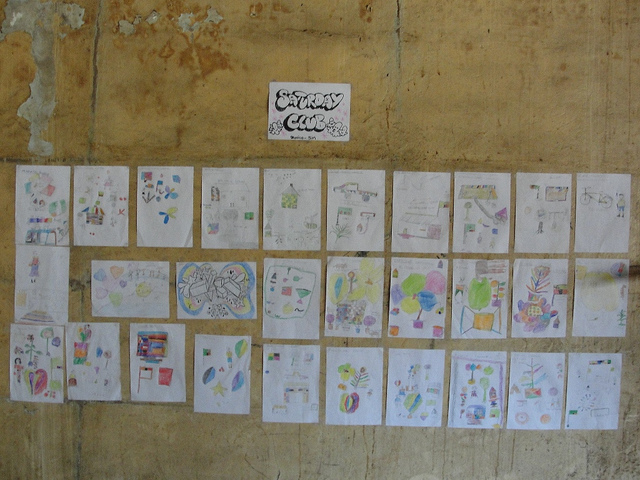 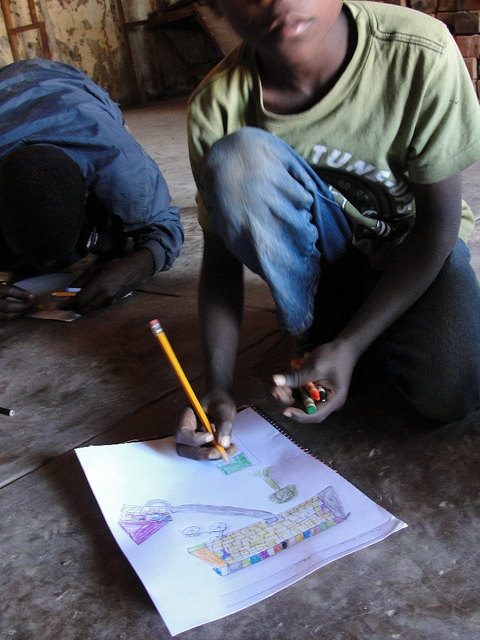 On Sundays, it was Zéh Palito’s day off - painting time! 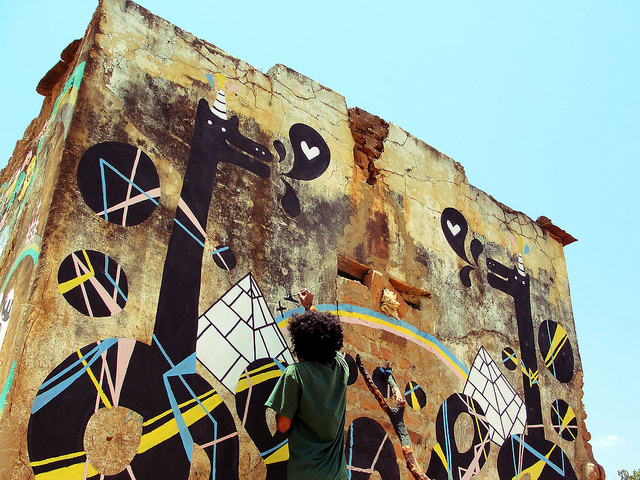 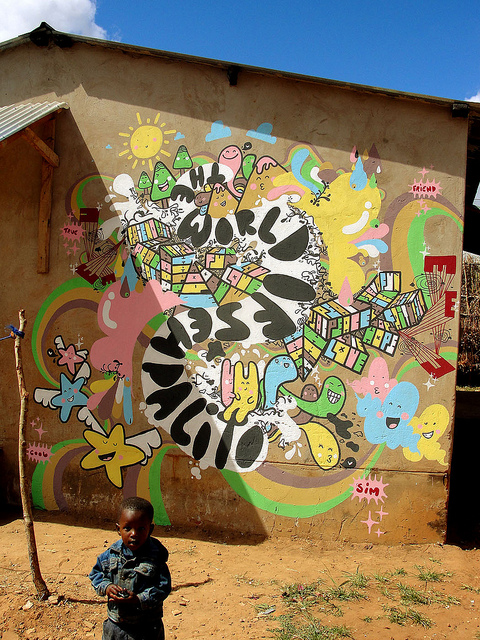 Having only come across spray paint twice in his whole 6 month trip, which was very expensive, Zéh Palito mainly used water-based paint and was lucky enough to have a friend get him a much needed red pigment and gold pigment which became the most prized possessions during his stay. 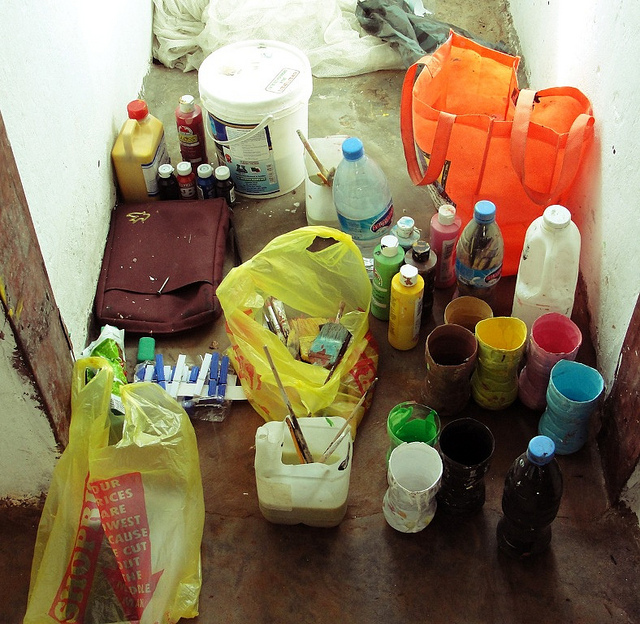 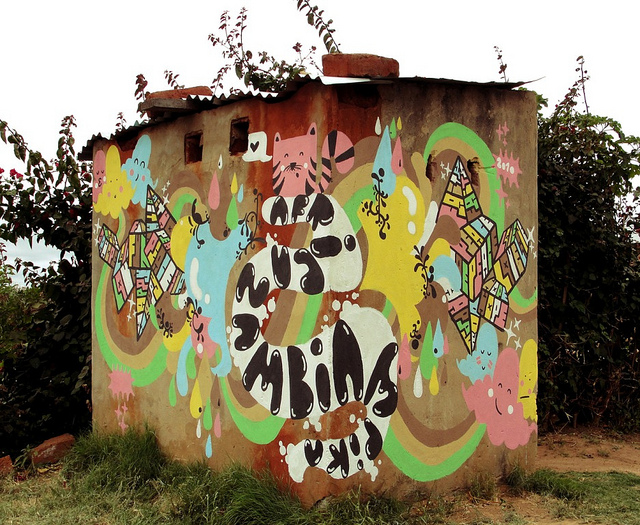 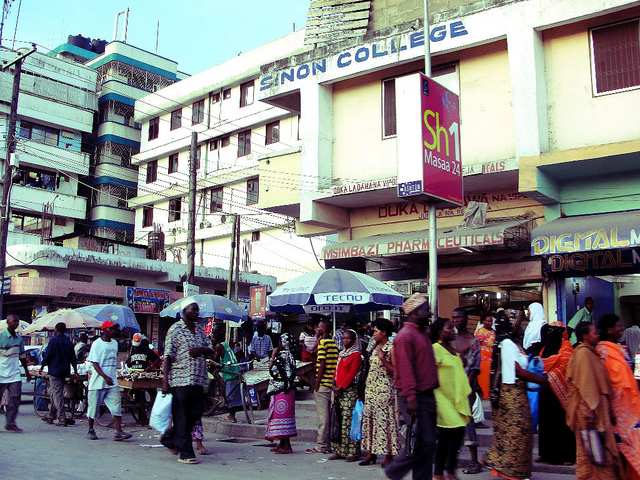 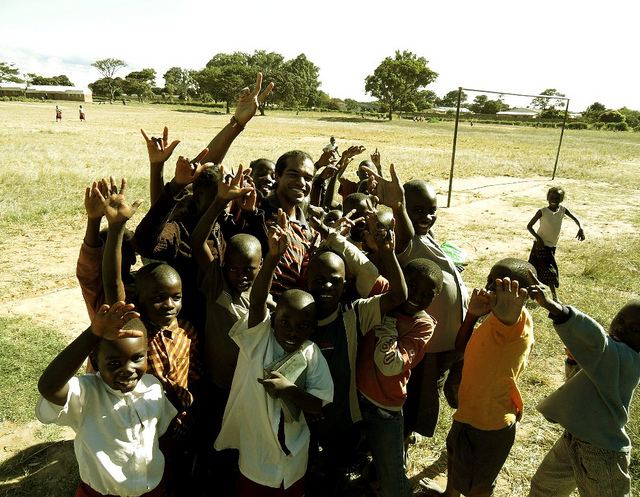 One does not get to see pictures of Zambia very often, especially street art in the rural areas. Because Zéh Palito took so many great photographs and painted some pretty cool pieces, we decided to share some more pics with you.

Below are more pictures from his trip. Be sure to check out his Flickr page for even more pictures of his first African adventure. 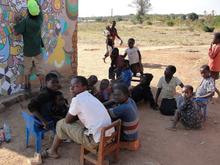 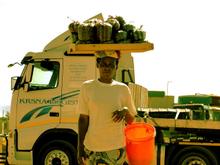 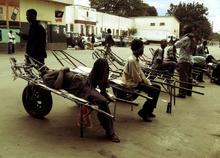 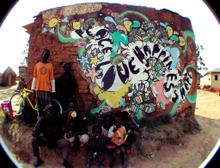 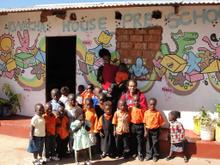 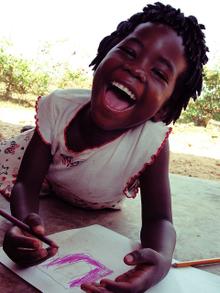 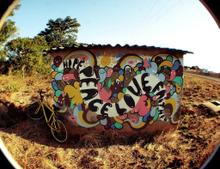 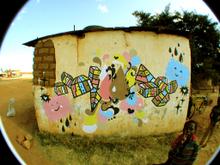 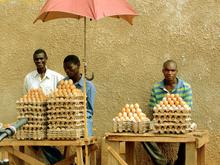 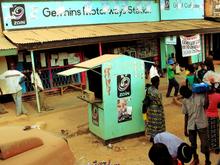 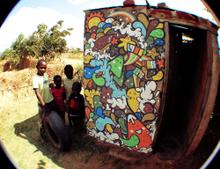 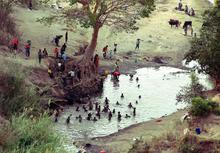 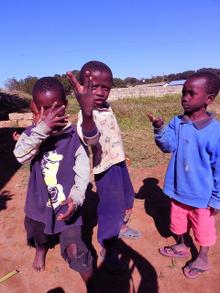 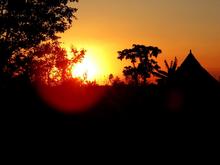 “Anyone can’t do everything, But everyone can do something.”