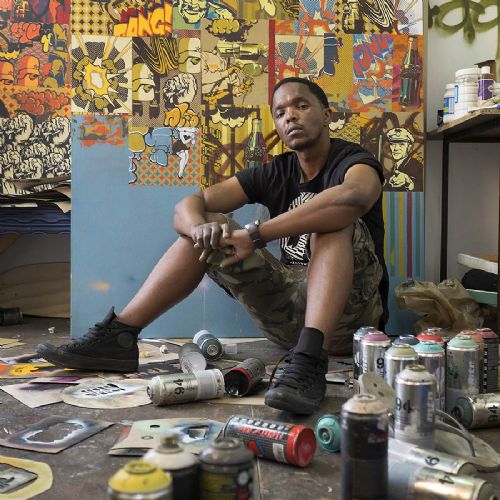 This top 40 finalist for the SPI National Portrait Awards 2013 explores the socio-political reality of democracy in South Africa. His visual language is drawn from city walls and urban underground culture and he uses stencil techniques and oil painting to create his urban style paintings.

Titled ‘My people, let Pharaoh go’, this exhibition asks why people are faithful to an institution that does not seem to serve them when it is clear that it is just another system of oppression.

“It’s like playing a defence game. South Africa is not moving forward at all. What does it mean especially going into an election? If we buy into the belief that things are okay, we aren’t getting any closer to a solution,” says Witbooi. 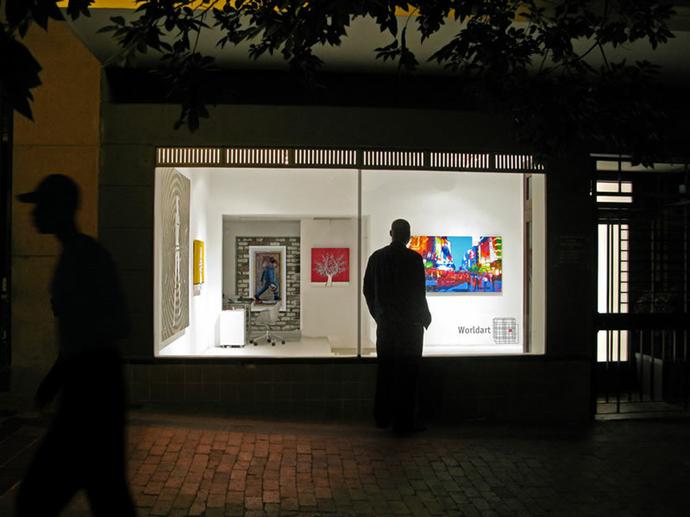 Worldart is located at 54 Church Street, Cape Town. The exhibition closes on 30 April 2014.