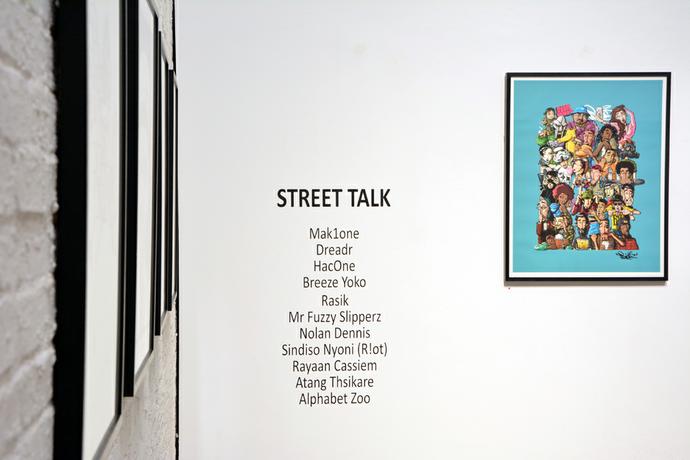 The Street Talk (a.k.a. Talking Streets) exhibition opened on Friday 22 May in Johannesburg. I was very excited to attend as I have known most of the artists and their work for many years, plus it is always interesting when street art enters the gallery space… 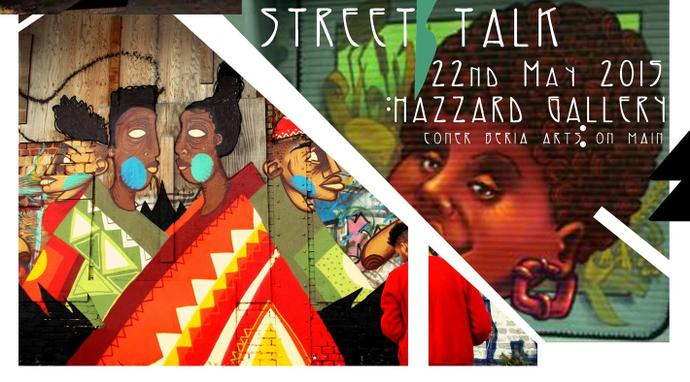 Super excited about this upcoming exhibition as it is probably one of the ultimate collaborations of African-influenced street painters. Each of the artists’ diverse portfolios is rooted within our soil; ‘Africanism’ is a constant theme. 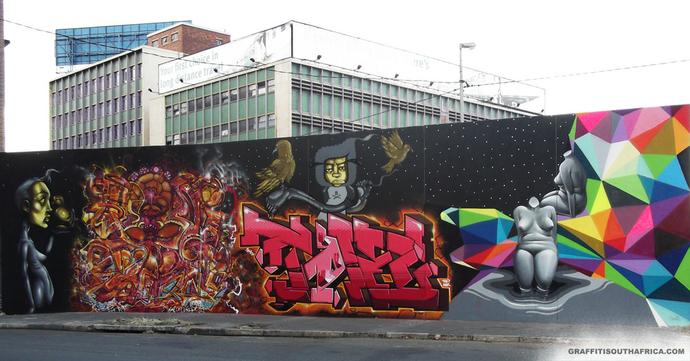 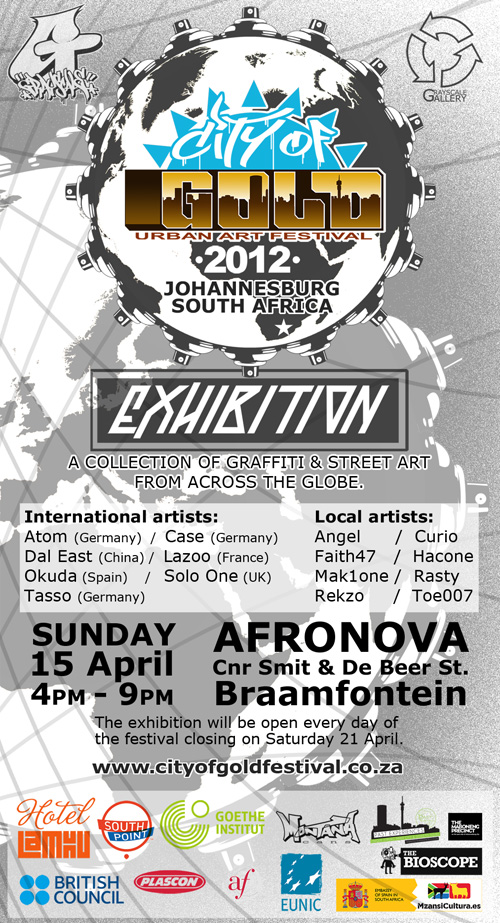 The festival will kick off with an exhibition featuring local and international graffiti artists. This will be a chance for the public to meet the artists, and get a sneak peak as to what the week of collaborations will bring. The exhibition will be the first of its kind in South Africa, bringing together highly respected artists from around the world and pioneers of the local graffiti scene. Featuring a broad spectrum of artists and styles, audiences will experience the dynamic and versatile nature of this misunderstood art form.

The exhibition will be open to the public every day for the week of the festival (10am - 5pm) closing with a walkabout on Saturday 21 April at 12 Noon. 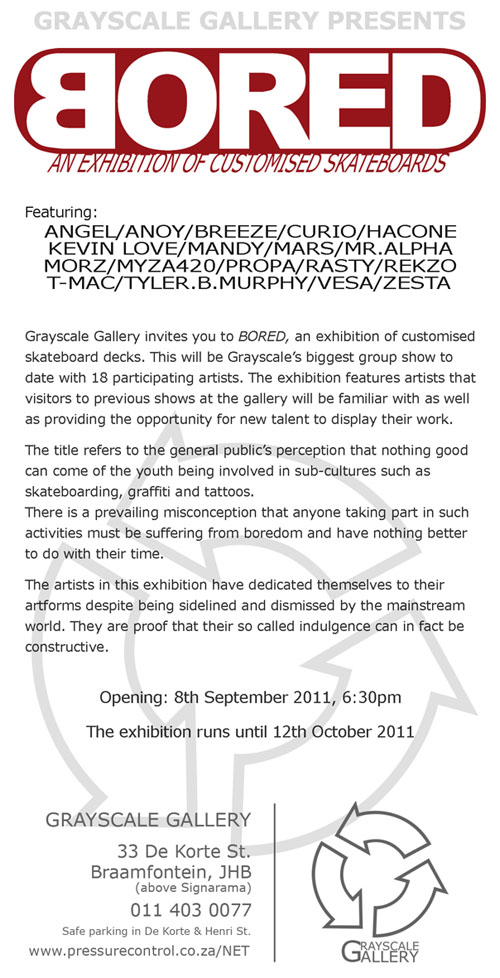 Johannesburg-based graffiti artist HacOne grew up in Soweto and has since moved to the city. He began drawing at an early age, making comics as a kid, and slowly getting into the graffiti scene. This love for the graffiti art form inspired him to take his art more seriously and he began a course in graphic design after finishing school. This was his ‘first formal creative training’…

When did you first start graffiti? What got you into it and why did you start?

I started writing around 97-98. I had been sketching before then because I had seen graffiti before in rap videos and stuff. When I got more into the hip-hop culture graffiti art became a more natural element for me.

Tell us about your name and why you chose it.

I started out writing Icon but always struggled with connecting the I and the C so I changed my name to Hack. Later, I found out that there was a Hack in Cape Town, so because I had already been using the name, I just changed it to HacOne. I liked the way the letters worked together.

You are one of the first-generation writers in Johannesburg. Give us some insight on the early graffiti scene there.