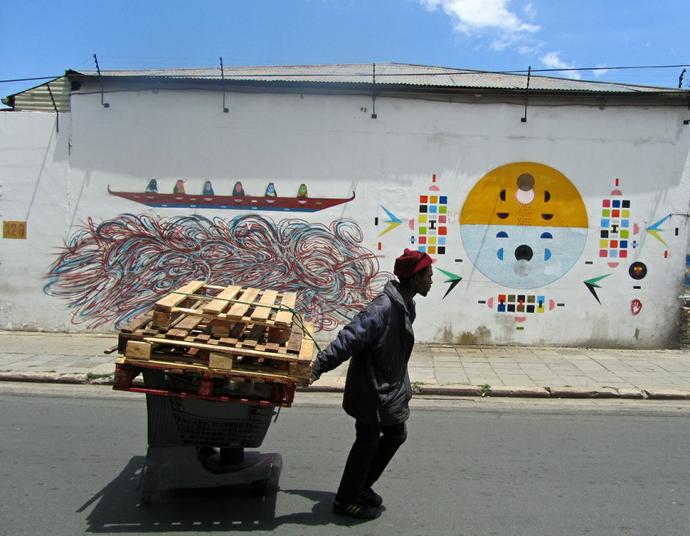 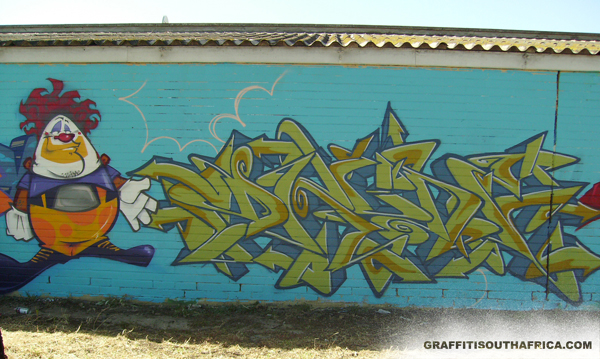 Drone grew up in Mitchell’s Plain in Cape Town – what he calls the “mecca of hip hop culture in South Africa”. He was always interested in sketching characters like Robotech, Mech warriors and Thunder Cats, but only started sketching letters around 1992. It wasn’t until 1996 that he painted his first tag on his way to school, using Aerolak spray paint.

Co-founder of the graffiti crew, NME, Drone mostly paints with his brother and “partner in grime”, Skiet. He has mostly painted in Cape Town and Johannesburg.

What is graffiti?
ART.

How do you think you have influenced the Cape Town graffiti scene?
Doing my own thing and not following what… 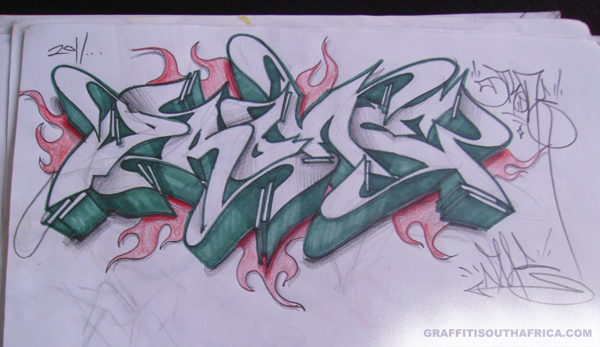