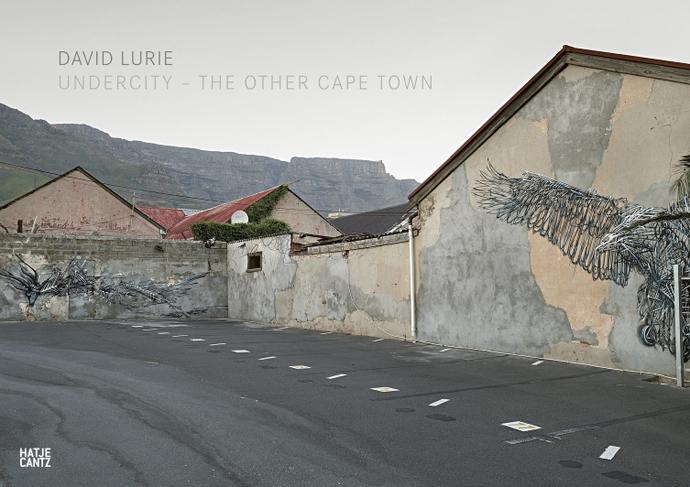 After exploring graffiti and spaces with his Writing the City series, photographer David Lurie has a new book out that further explores the relationship of the city and its inhabitants: Undercity - The Other Cape Town, published by Hatje Cantz. 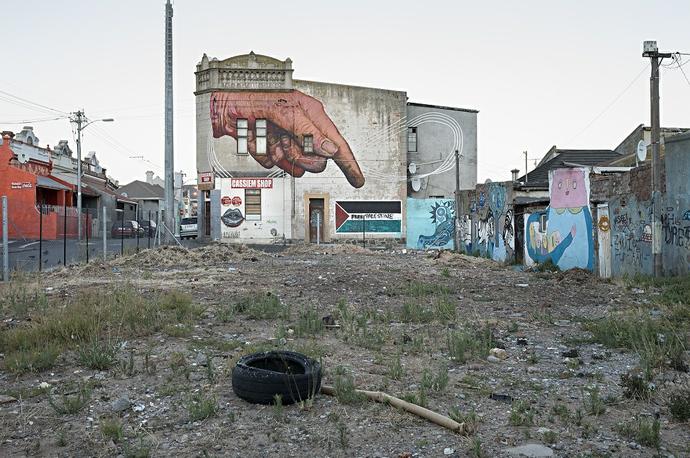 Since the end of the apartheid era, Cape Town, South Africaʼs metropolis par excellence, has become a major tourist destination, offering sunny backdrops for commercials and homes for the moneyed classes. Obscene levels of unemployment and the daily struggle for survival among the impoverished are rarely visible behind this veneer. The South African photographer David Lurie unmasks the “other” Cape Town, in the early morning hours, when the city is still asleep, delicate and vulnerable. His series Morning After Dark deals with the infrastructure of public and private places and its influence on the city’s residents—from rich to poor. The second series in the book, Writing the City, considers the city’s surfaces: urban landscapes that include billboards, street signs, graffiti and street art. What are they saying? Who are they speaking to? How do they direct society, and to where? Lurie offers a highly pensive study in fascinating and original images. 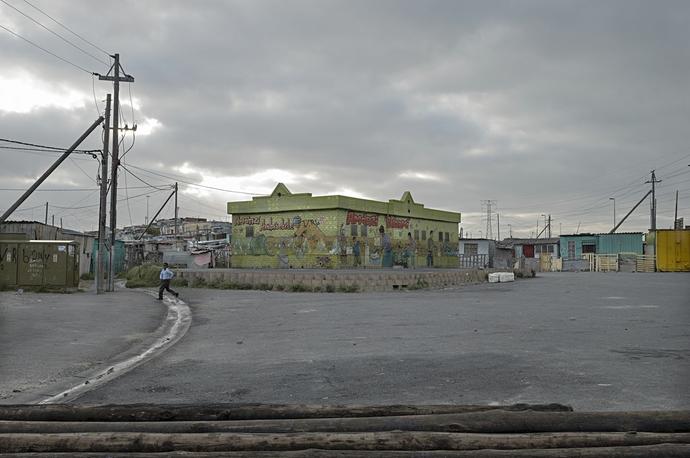 Writing the City – the artist’s statement

In Morning After Dark, I considered structures and infrastructures in the formal and informal parts of Cape Town (as part of my ongoing work on urbanization), and what they tell us about inclusion and exclusion of different communities in the life and prosperity of the city. In Writing the City, I turn my attention to surfaces––the plethora of placards, banners, billboards, posters, words and images, which inform and direct us, regulate our movements, mould our desires, and sometimes surprise and disturb us, to further explore these issues.

All cities have been, for a very long time, full of public texts: all the signs of capital and commerce (signage, advertisements), indications of private property, and elements of systems of public ordering and regulation (street names, numbering of buildings, signs with prohibitions and directions for circulation). The public space of cities is constituted in important ways by these public texts: reading and decoding them, much of which is so naturalized as to be completely unconscious, is part of what it means to inhabit a city.

However, in recent decades, new inscriptions in the form of graffiti and murals have become omnipresent and especially visible. As a result, the public space has changed, exposing in new ways the tensions that constitute deeply unequal, albeit democratic, societies. The production, distribution and consumption of these artistic interventions is what interests me. 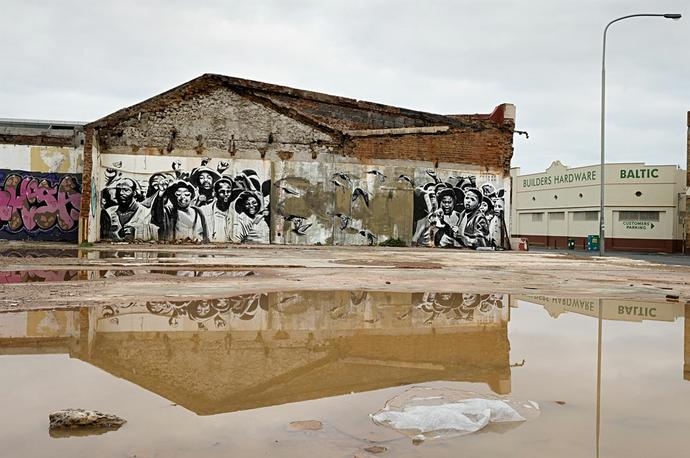 Travel around the city becomes an adventure of discovery where the search reveals creativity in unexpected places. I have not simply photographed murals; my aim is to create urban landscapes in which artistic interventions are somewhere visible. This series is about the act of looking at interventions, about how we read and understand them, rather than the interventions themselves.

The whole city, its public spaces and surfaces constitute one giant canvas that captivates the imagination. Not so much because of the intrusiveness and visibility of these interventions, but also because they alter the rules of who does the ‘writing’, who the intended audience is and what the discourse is about. To understand this new mode of production of signs and murals is to understand significant transformations in Cape Town.

These are by no means always radical voices of dissent, alienation and provocation; they are often commissioned––even unwittingly co-opted––to ‘rebrand’, gentrify or beautify parts of the city, doing the bidding of property developers, money-makers and establishment, municipal interests. This is also highly revealing.

I hope these images reveal things viewers may have missed, forcing them to look…again, making the invisible visible and thereby transforming their ways of seeing the city. I probe the urban reality of aging, disuse, destruction and renewal, of lingering historical fragments and evidence, of current disappointments and failures; of an evolving setting, where present and past are forced to coexist in discordant flux.

Clearly, Cape Town, like most South African cities, remains deeply divided; it fails the majority of its citizens. Who are these cities being built for? How will the excluded survive? What strategies will they choose? Cape Town, for all its beauty and energy, is a city in crisis––a failed city that somehow works. 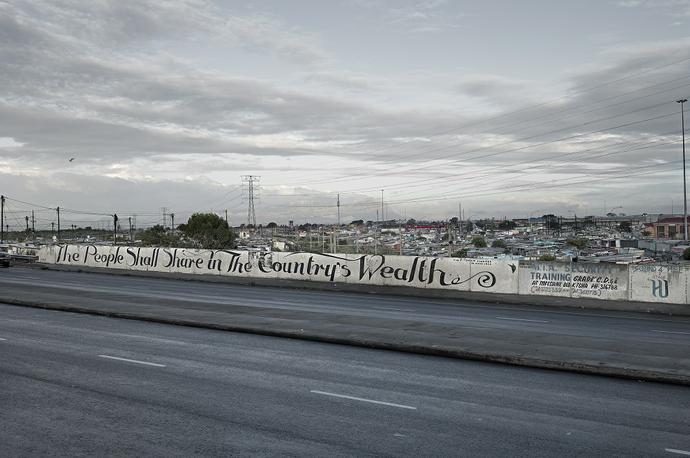