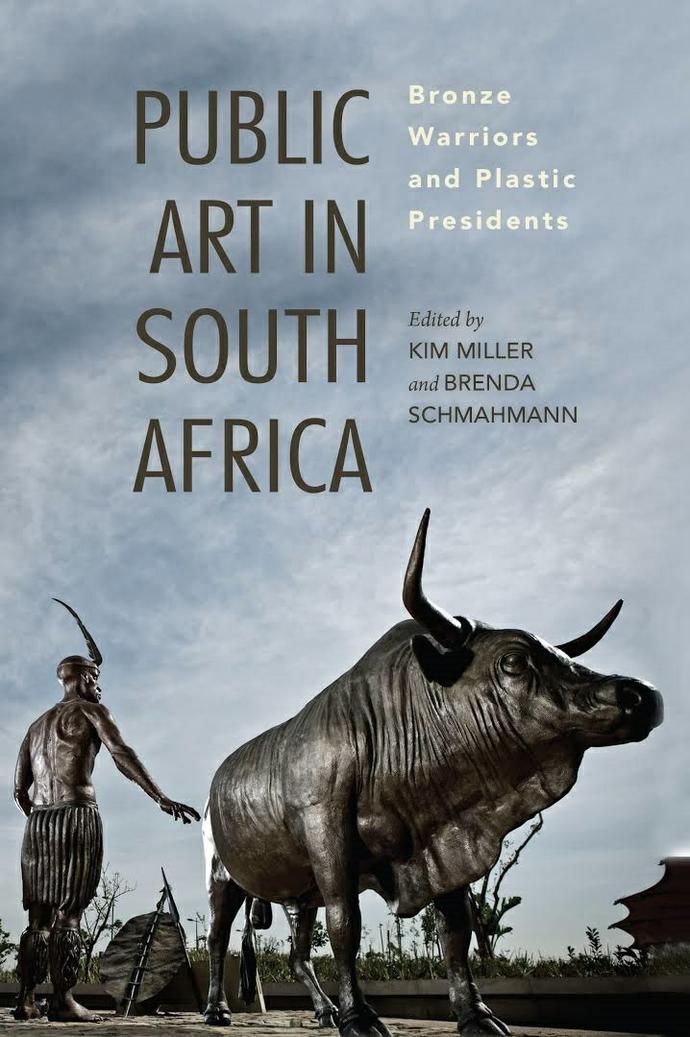 How does South Africa deal with public art from its years of colonialism and apartheid? How do new monuments address fraught histories and commemorate heroes of the struggle? Across South Africa, statues commemorating figures such as Cecil Rhodes have provoked heated protests, while new works commemorating icons of the liberation struggle have also sometimes proved contentious. In this lively volume, Kim Miller, Brenda Schmahmann, and an international group of contributors examine statues and memorials as well as performance, billboards, and other temporal modes of communication, considering the implications of not only the exposure but also erasure of events and icons from the public domain. Revealing how public visual expressions articulate histories and memories, they explore how such works may serve as a forum in which tensions surrounding race, gender, identity, or nationhood play out.

Part 1: Negotiating Difficult Histories
1. A Janus-like Juncture: Reconciling Past and Present at the Voortrekker Monument and Freedom Park / Elizabeth Rankin
2. A Thinking Stone and Some Pink Presidents: Negotiating Afrikaner Nationalist Monuments at the University of the Free State / Brenda Schmahmann
3. The Mirror and the Square—Old Ideological Conflicts in Motion: Church Square Slavery Memorial / Gavin Younge

Part 3: Erasures and Ruins
7. The Pain of Memory and the Violence of Erasure: Real and Figural Displays of Female Authority in the Public Sphere / Kim Miller
8. Transgressive Touch: Ruination, Public Feeling, and the Sunday Times Heritage Project / Duane Jethro

My chapter for the edited anthology Public Art in South Africa: 1999-2014 engages the much-neglected visual discourse of graffiti-as-public-art and its complex relationship to political discourse, historical trauma, and strategies of remembrance. While my chapter may loosely reference Cape Town and Durban, my case studies focus strictly on Johannesburg, where many of South Africa’s seminal street artists including Gogga, Mak1one, and Falko have worked and lived. I approach this chapter with a critical background in autobiographical studies, specifically autobiographical visual art, having written extensively on the rhetorics of affect, trauma, and memory. Thus, my research will be driven by the graffiti artist’s desire to punctuate urban spaces with ephemeral and transitory markings, criticism of corrupt political administrations, provocation of new ideas to shatter established ideology, and their offers of hope for the future. The desire for lower-class graffiti and street artists to speak out from a previously silenced position is an articulation that scholars such as bell hooks see as being largely political. Ultimately I am interested in answering how and why Johannesburg-based graffiti artists engage with apartheid, the reign of Thabo Mbeki, the death of Nelson Mandela, and the “born-free” generation of free-election voters. I intend for my chapter to be organized into four distinct sections: “Individual Pieces and Murals,” “Bombing and Tagging,” “Street Art” and “Indoor / Outdoor Exhibitions.” This categorizational strategy attempts to locate and define the prevailing modes of art-related graffiti and street art present in Johannesburg while comparing and contrasting how each constitutes a different working relationship to the political order and the urban environment. My critical methodology centres on scholars such as Gillian Whitlock and Anna Poletti who have written on the ways that social class serves as a strategy of self-expression and identification. Although street artists such as Banksy and interventionist tactics such as his are slowly gaining acceptance in the art community and with the public, “tagging”—a signatory marking of territory / identity in public spaces—have remained “resistant to this recent wave of respectability.” Most communities view tagging as egotistical, pollutive, or vandalistic, whereas I will position tagging, and much street art in Johannesburg in general, as a strategy of expression affiliated with historical trauma. Leigh Gilmore has elucidated concerns such as these while admitting that there is much to ascertain in traumatic self-narratives: to “read and learn about [other people]… you will learn more about history and, perhaps, yourself and what you are capable of.” - Matthew Ryan Smith

Read Smith’s piece on the Academia website, and purchase a book via Indiana University Press or other good online book stores. 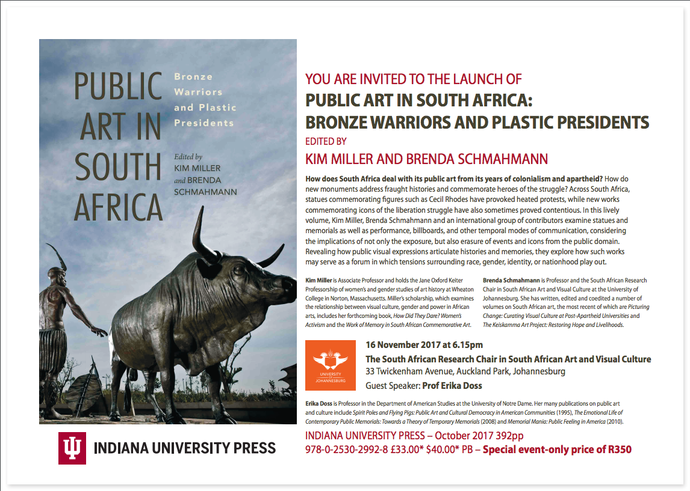