The exhibition consists of work completed in partial fulfillment of a Master’s degree in Graphic Design. This body of work is an investigation into the artistic exploration of the nude figure. Stops explores various aspects of social media and the internet and their contextual influence on contemporary society. The internet and associated media have influenced the way we communicate and represent ourselves through selfies, emojis and hashtags.

Stops looks at the contemporary overlap between public and private spaces and plays on the relationship between these two states; connecting the privacy of nudity and figure drawing with public art forms such as graffiti and advertising media. Almost all of the images that make up this exhibition were sourced online through Google searches and Tumblr sites.

The work on show makes use of a number of techniques, from traditional painting and drawing to print media and spray-paint. 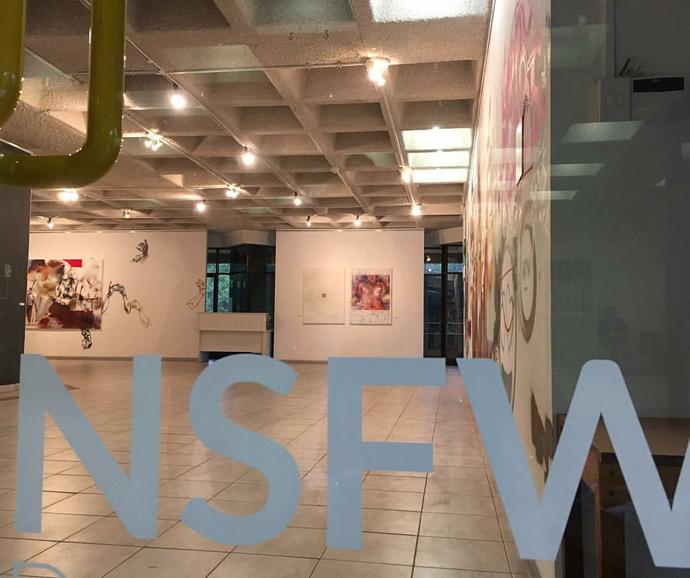 PS: NSFW = Not Safe For Work 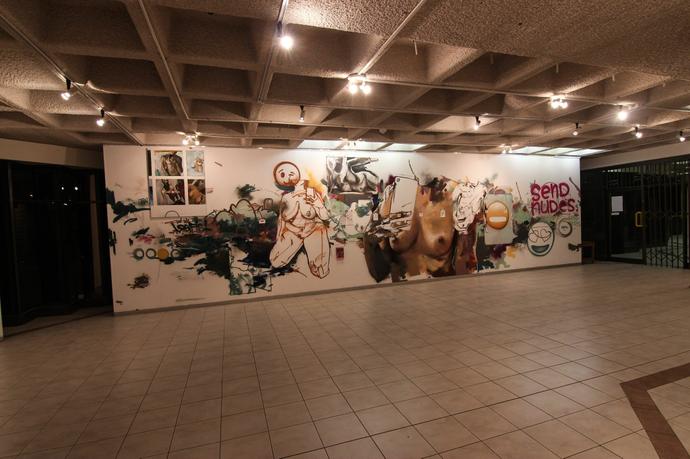 ← EVENT \\ Exhibition: Once Upon A Town