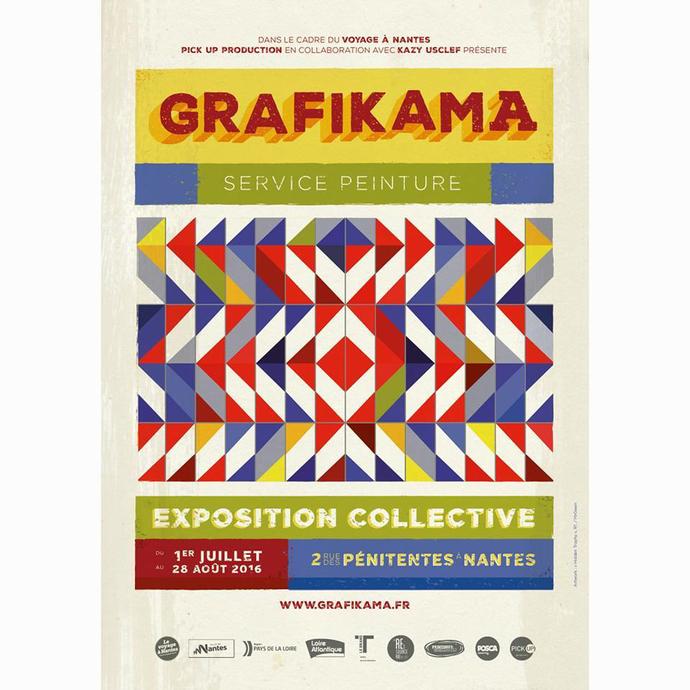 GRAFIKAMA (Service Peinture) is an artist residency currently taking place in Nantes, France and features South African artists Nardstar*, r1. and Alphabet Zoo. The show forms part of a strew of exhibitions conceptualised by Pick Up Production and artist Kazy Usclef for the Voyage à Nantes cultural project. The residency aims to showcase “graphic creation around the world”. 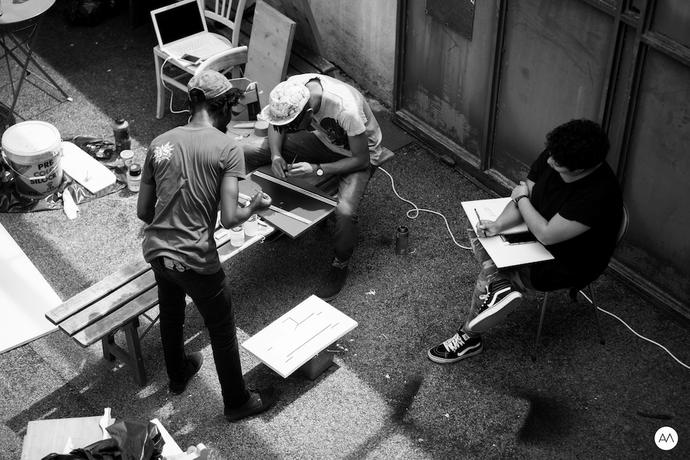 Africa is the focus of this third and final installment after previously shining light on Latin America (Villa Ocupada, 2014) and Asia (Asie Riderz, 2015). 13 artists invited to participate from around Africa have been creatively transforming the interior of a disused industrial building for the last two weeks culminating in a lively exhibition. 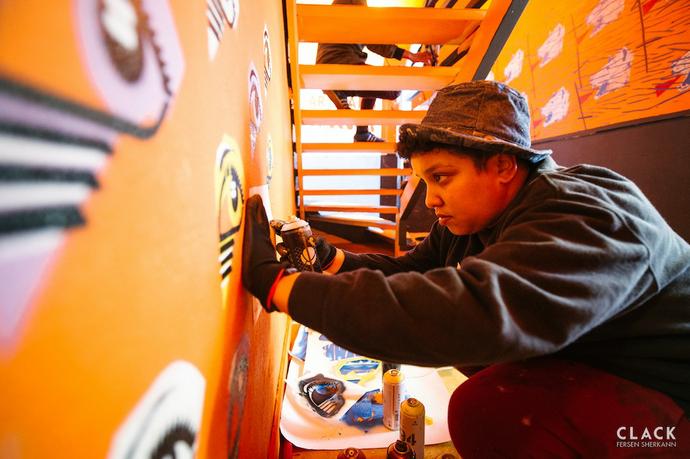 “Kazy Usclef spent two months in Africa looking for artists. Most of the artists he invited came from the encounters he made in South Africa, Congo, Ethiopia, Senegal and Morocco. Kazy was immersed in their environment and sometimes collaborated on murals.”

The abandoned 800m sq. building being utilised for the residency was used for a religious order in the 18th century and, around 1920, as an iron-working business. “How the story continues remains unknown until the 1980s when occupied by several department unities (printing, computing, woodworking). [And,] since the early 2000’s, two buildings were used to stock furniture, while the last one remained free for use.” 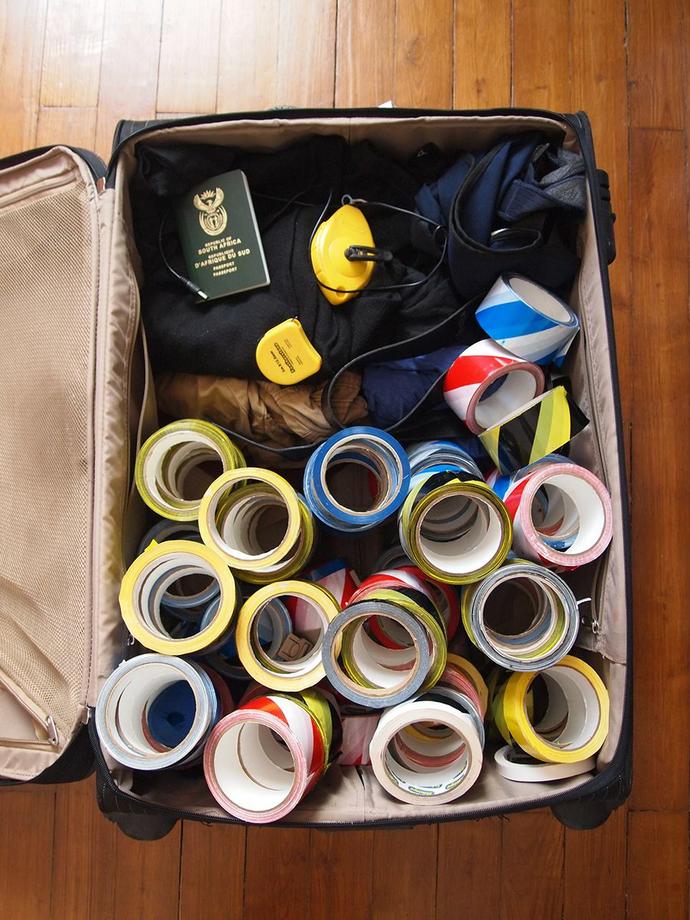 “The project wishes to transform the existing buildings by initiating an itinerary inside the exhibition. The itineraries created for the Villa Ocupada and Asie Riderz were focused on art works and eased the public’s immersion. The idea is to go as a team in order to capture and feel the architectural, plastic and graphic influences and to create spaces with African characteristics. This scenography was imagined by Carmen Beillevaire.”

A selection of images documenting the artists at work:

There will be guided tours and concerts taking place within the transformed building. Apart from this immersive art experience there will also be the opening of the Grafikama Paint Store, an exhibition of photographs by Adeline Moreau documenting Kazy Usclef’s travels throughout Africa, and a mural painting at Regional Office of Cultural Affairs of the Pays de la Loire. 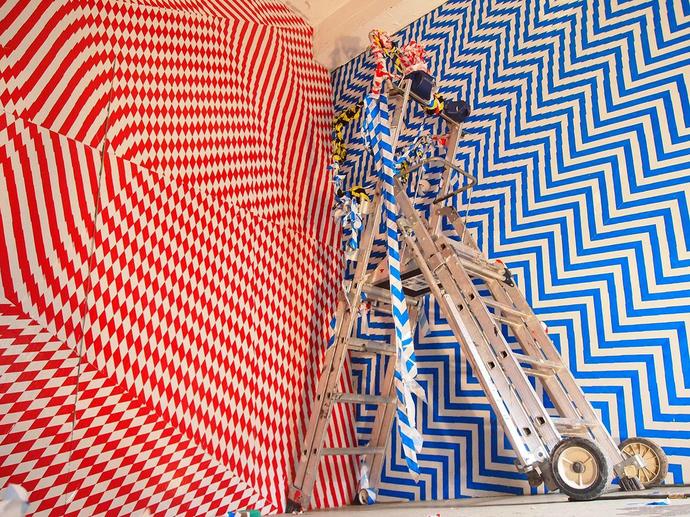 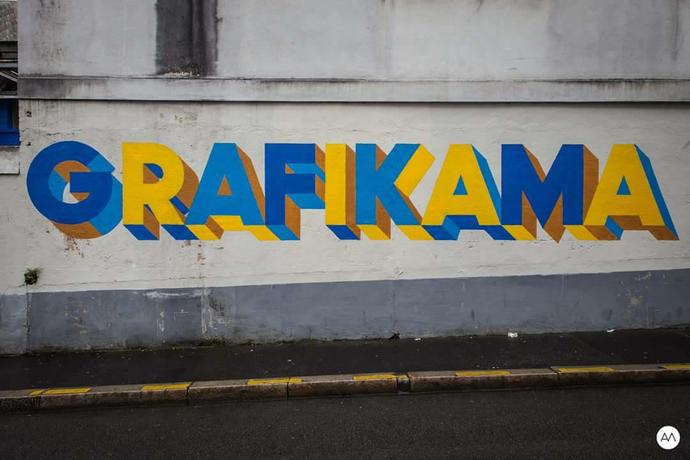