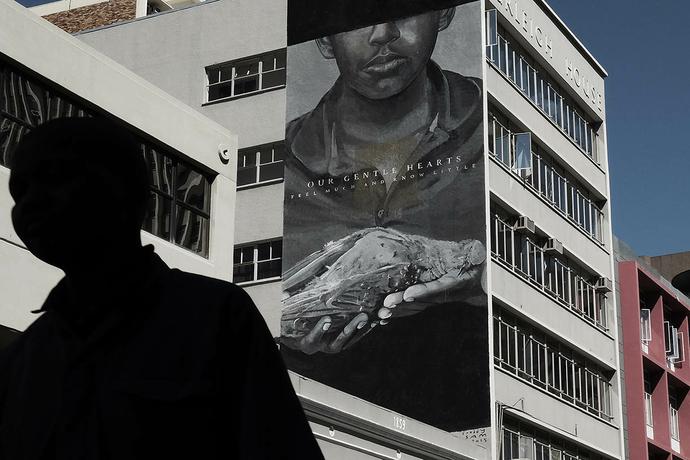 #NotACrime is a global campaign to fight injustice, with two of its biggest supporters being Archbishop Desmond Tutu and Dr Shirin Ebadi – both Nobel Peace Prize laureates. The campaign hit South African shores in November.

“#NotACrime com mixes old-school street art and shiny new smartphones to fight for human rights in Iran. We have recently worked with incredible South African artists in Cape Town and Johannesburg to create some eye-catching pieces of art.” 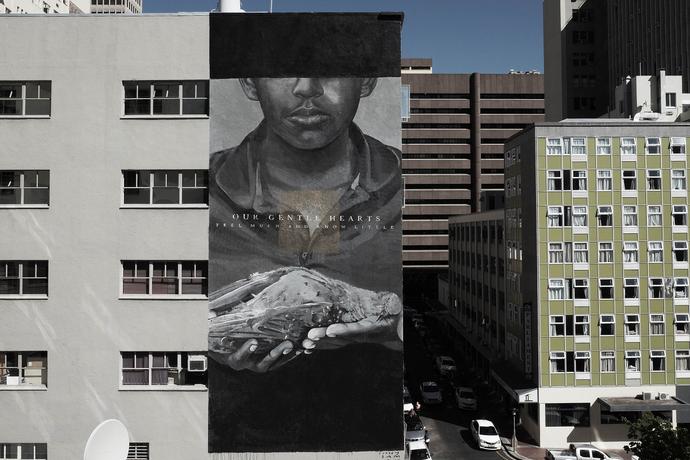 Freddy Sam is a self-taught artist born in Johannesburg and now living in Cape Town. He is renown for his large scale murals which focus on bringing to light relevant social issues, exploring the nature of man in present society, in history and in nature. His achievements in public art have made it onto CNN, Mail & Guardian’s ‘200 young people in SA who make a difference’ and National Geographic’s list of ‘11 street art greats’ alongside the likes of Banksy. 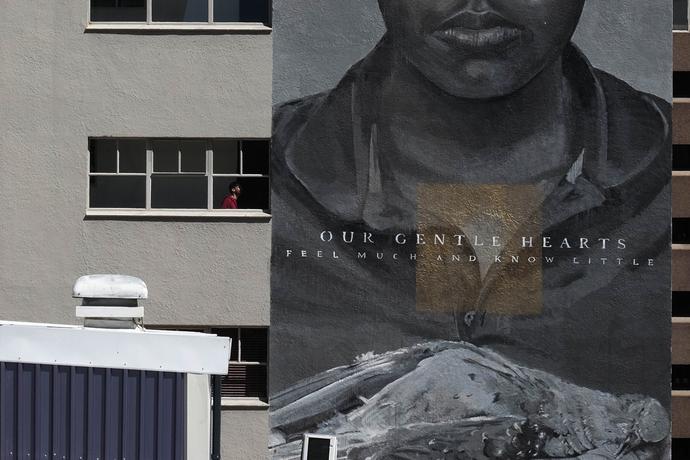 For the #NotACrime campaign he has captured the attention of city dwellers with his photorealistic painting of a boy tending to an injured bird, the elegant overlay reads: OUR GENTLE HEARTS, FEEL MUCH AND KNOW LITTLE

He expands - “this text is not only about the students who are denied education or those who deny basic human rights, but it is also referring to the rest of society, as in todays world we should not be so ignorant and stand by whilst crimes against humanity exist”. 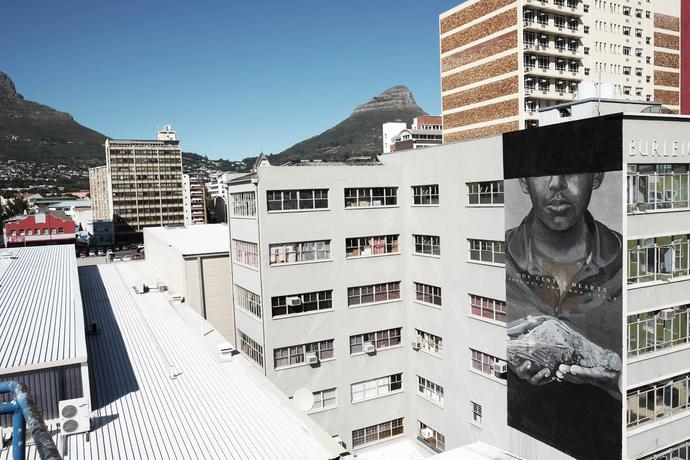 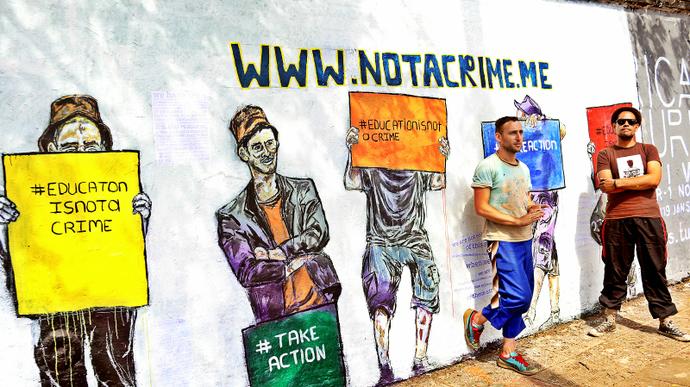 Re-imaginers Andrew Whisper and Wesley Pepper state that: art has the strength to make reality say what it would not have been able to say by itself or what it might have left unsaid. The Open City Project is a street art project that deals with direct democracy and re-imagining public space. Our projects deals with social themes that affects the average South African, creating a dialog between the viewer and the art.

The #NotACrime Campaign and it’s awareness on the plight of the Baha’is in Iran is the perfect extension of the project. Our concept is inspired by Johannesburg street vendors/traders and the public art scene. Johannesburg, the New York of Africa, is a wealthy city with most of its wealth and influence located in specific areas. The street vendors are aware of this and they strategically place themselves at road intersections and street corners to maximize their influence.

These vendors have become part of the city of Jo’burg’s culture, people like window washers, mimes and vendors are seen as a both a nuisance and convenience. In other words you can’t ignore them and they are going nowhere. 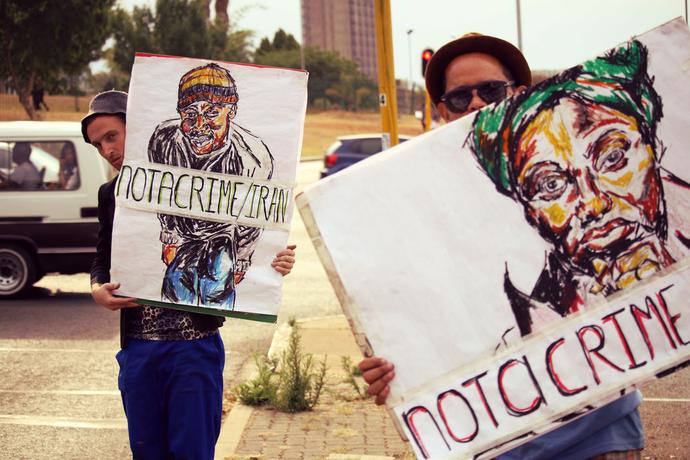 It’s with this mindset that we drew a line across the street vendors and mainstream Johannesburg culture. The first stage of the our campaign was to place ourselves at a busy road intersection at the epicenter of the media and film hub in Johannesburg. We strategically stood there with artworks almost forcing the public to pay attention.

We followed up with a mural at a strategic intersection using the footage taken from the previous public art installation as reference. Lastly, we published zines that contains a mash of artwork and the campaigns hash tags in order to create a tangible legacy to the campaign. 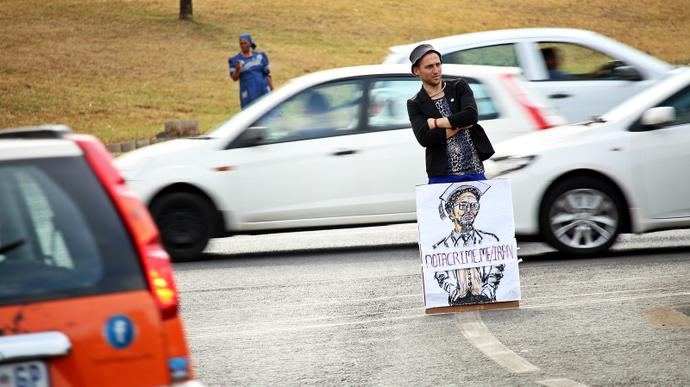 Check out more walls painted for the project by an amazing array of international street artists HERE.

Faith47 supports the freedom of journalists in Iran and contributed a mural in Brooklyn, NYC of Iranian artist and political activist, Atena Farghadani, who was sentenced to 12 years imprisonment for drawing a politically motivated cartoon.