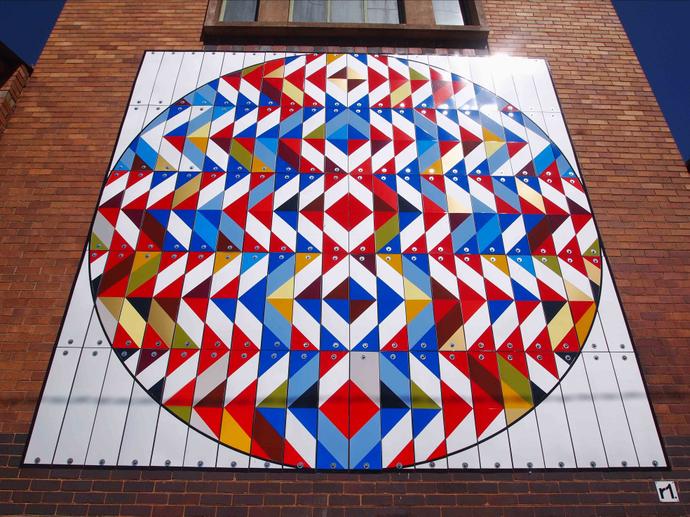 South African artist, r1, recently completed a new installation piece near Maboneng in Downtown Johannesburg. Titled ‘Hidden Trophy’, the piece is made up of road signs much like his other work ‘Yield’.

The work is made out of 100 reflective chevron street signs. The signs have been assembled in a colour scheme that forms one singular mandala. The hypnotic colourful design within the circle (in its blue outline) hides the image of a blue wildebeest. The piece is influenced by African craftwork designs usually found in bowls and plates. The artwork has been placed at a T-junction. When cars drive passed it, it illuminates at night. 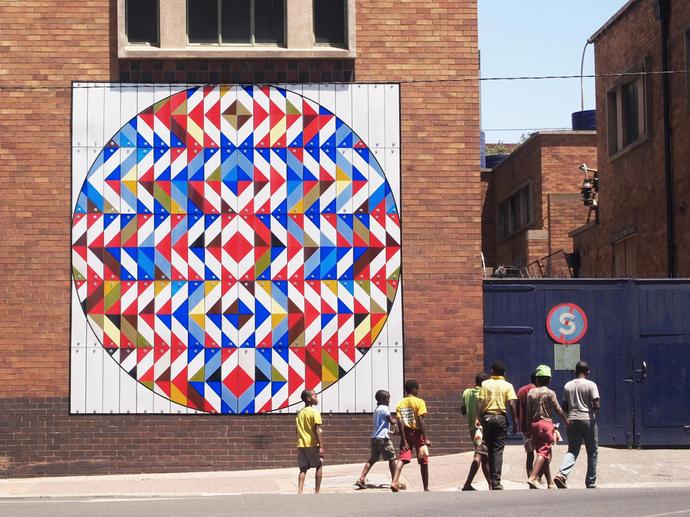 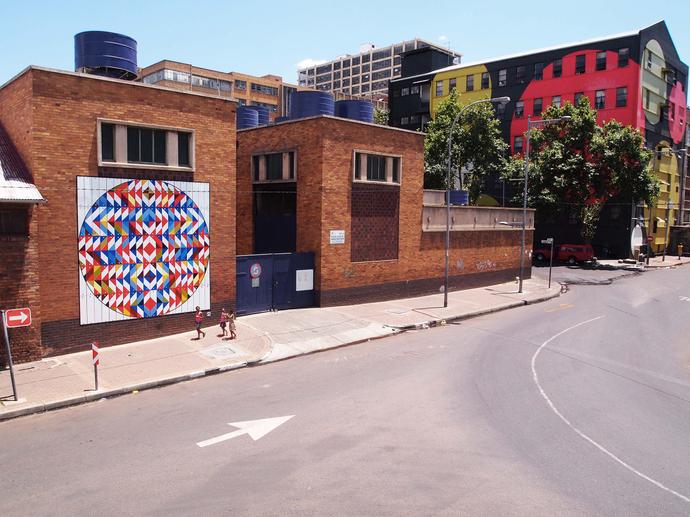 r1 also collaborated with film director Harold Holsher for an entirely self-funded video that amplifies the metaphoric representations within the art work.

The video takes inspiration from Charles Bukowski’s poem ‘Roll the Dice’ that speaks of human endurance and the sacrifices that cast a gloom over our goals. Channeled through the ‘vision’ of the artist as he journeys into the city night, the message is set in the context of Johannesburg, a challenging African cosmopolitan city, where individuals ‘migrate’ from all places to take a chance on life.

Hidden Trophy from r1r1r1 on Vimeo.

Other recent projects by r1 include ‘Brothers in Benches’, ‘Silver Lining’, ‘Betty Fox’, as well as various interventions. He has also been featured in Thames & Hudson’s new street art book, Street Craft (2015) - 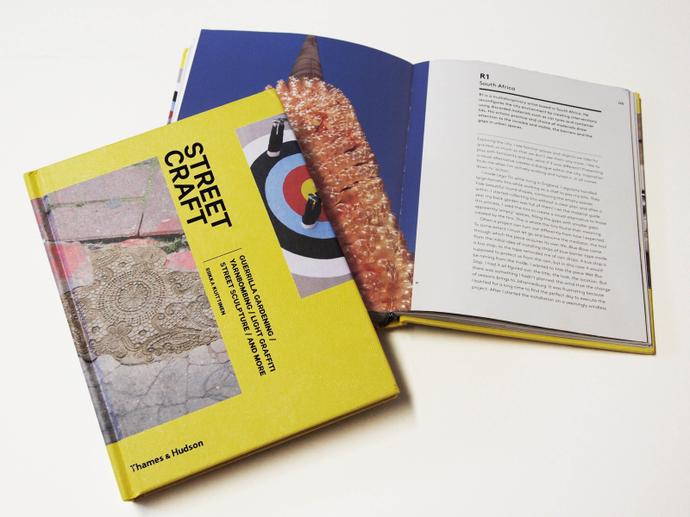 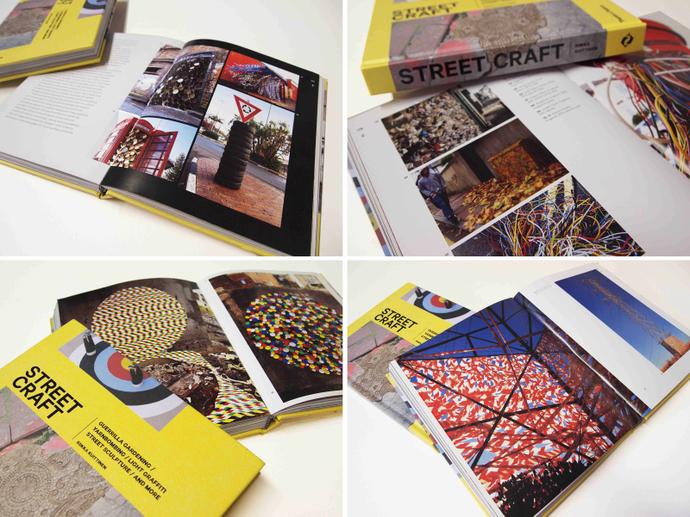