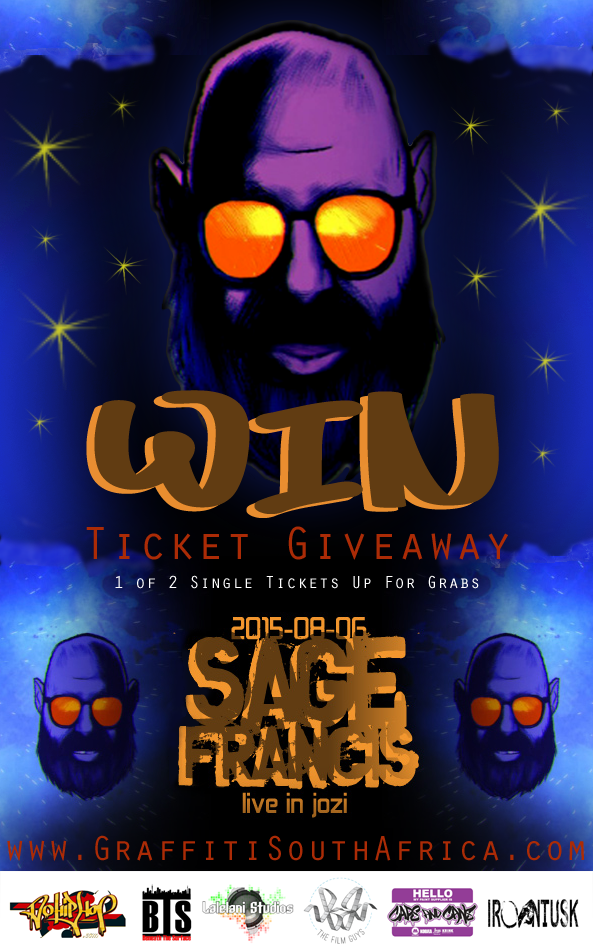 Progressive underground hip-hop artist, Sage Francis, is back in South Africa and will be performing across the country. We have a couple of tickets to give away for the Johannesburg show on August 6th at Iron Tusk in Newtown.

How to win a ticket:

Thanks to Do Hip Hop, Beneath The Surface and Lalelani Studios for making this event happen, as well as The Film Guys, who are filming all the action, and Caps & Cans, who painted some epic murals inside the venue. 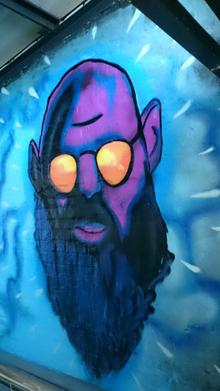 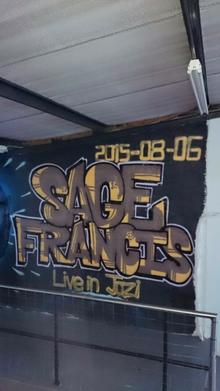 Sage Francis is widely considered one of our generation’s greatest lyricists. His career derives mainly from gifted wordplay which creates vivid narratives to instigate as well as inspire, but since it often derives from an accumulation of public disdain and personal turmoil, it’s more about storming the castle than about watching the throne.

Dubbed as the “forefather of indie-hop,” Francis originally earned acclaim in the early 2000’s by winning the most highly coveted titles of the emcee battle circuit. With little to no funding, Francis sustained himself by selling his innovative “Sick of” mixtapes, all made by hand on the floor of his Providence, RI apartment. These were essentially bootleg compilations full of select recordings from his 12” vinyl singles, demo sessions, live performances and radio freestyles. The popularity of these tapes birthed Strange Famous Records (SFR); a meager, one-man operation in 1999.

Despite having no official distribution, Francis’ unique brand of music spread like wildfire via the advent of file sharing networks. This resulted in him attaining a massive cult-like following around the world, creating a demand for his albums and live performances at which point the bigger labels took notice. With his first studio album, Personal Journals (2002,) Francis daringly set aside the more boastful side of rap by catering to his poetic leanings and scathing socio-political commentary.

In 2005 Sage Francis was the first hip-hop artist signed to Epitaph Records and soon became one of the highest selling independent artists of his genre. Rather than abandon his day-to-day grind at SFR, he channeled all of his newfound resources into it, allowing the label to expand in staff as well as roster. Having fulfilled his contract obligations with Epitaph Records, Sage Francis has returned to releasing music independently as he gears up to defeat the odds. Once again.

“COPPER GONE”, Francis’ 6th studio album, dropped on June 3rd, 2014 via Strange Famous Records. This indie release managed to break Billboard’s Top 200 as well as iTunes top 5 for hip-hop in the US as well as in the UK. Upon the release of Copper Gone, Sage Francis has toured the world and he continues to tour extensively well into 2015. 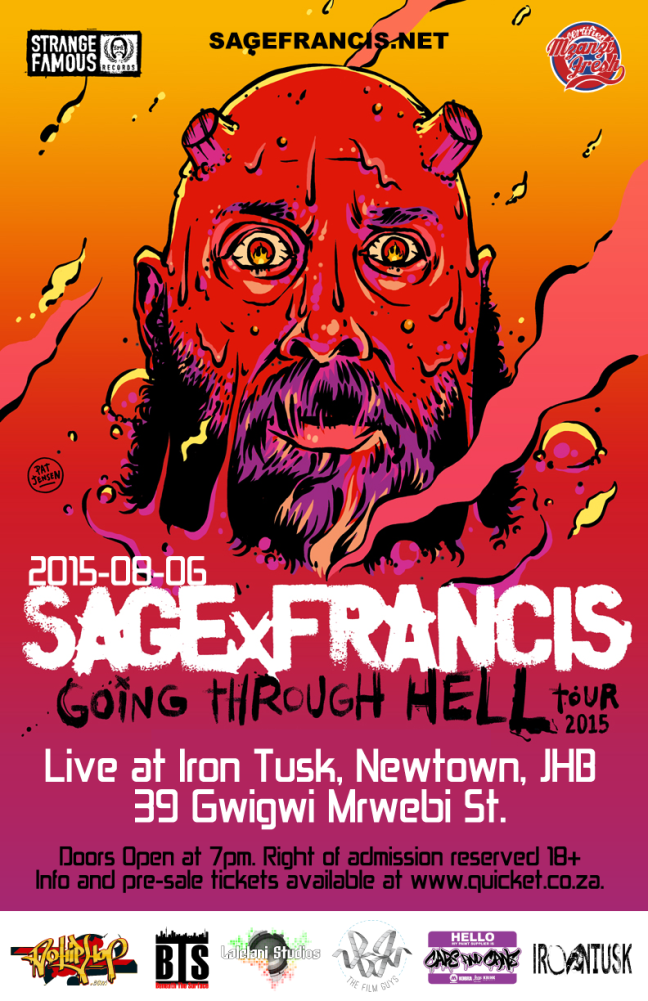 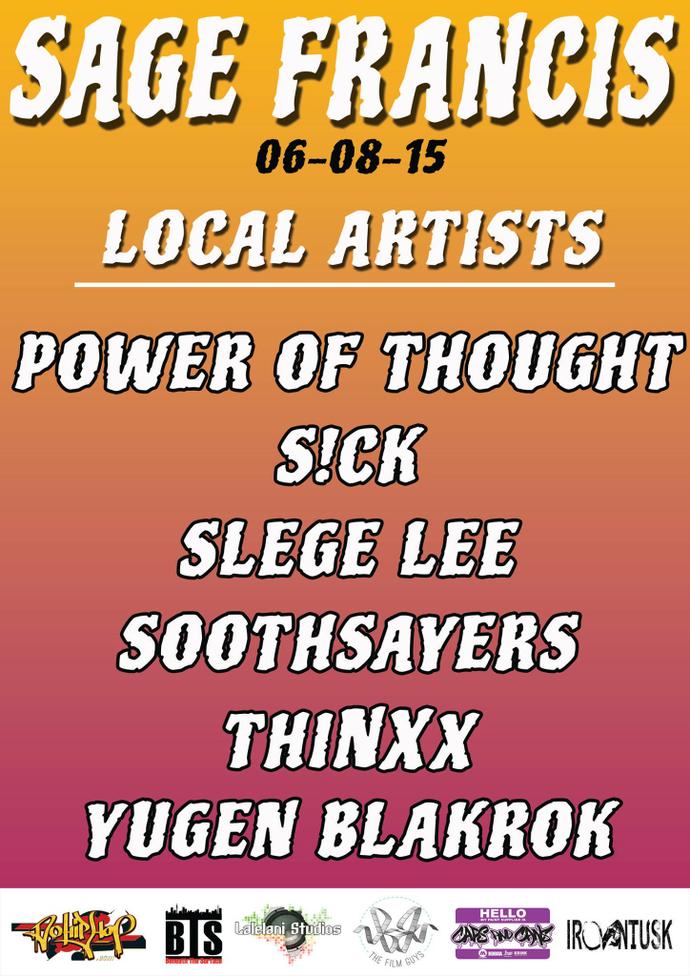