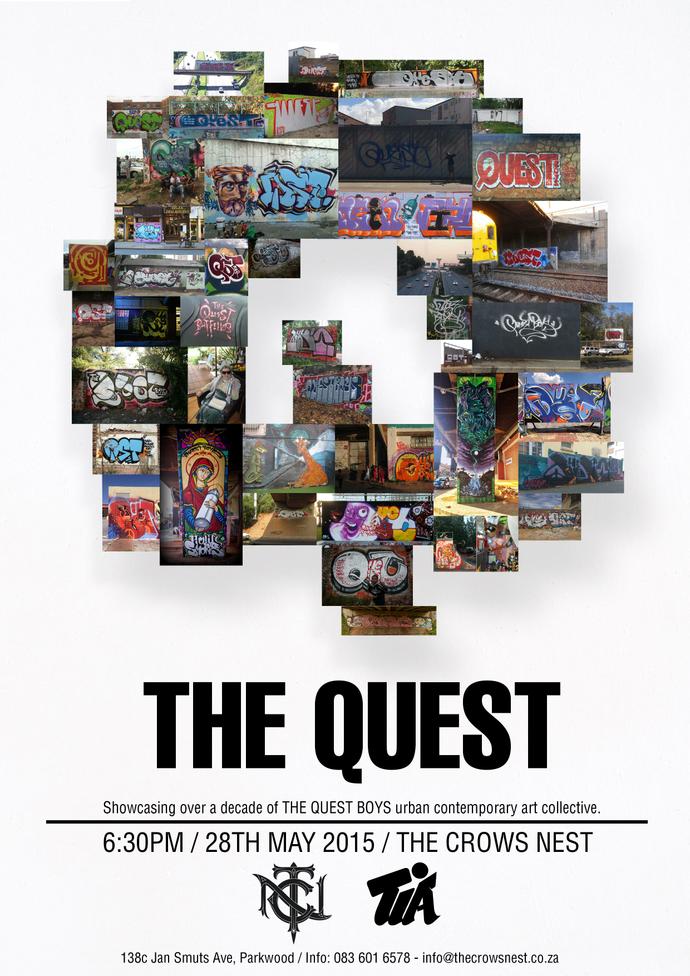 “The Quest” is the debut show by the QUEST BOYS collective and features an exhibition and zine launch.

This year is a decade benchmark of the QUEST BOYS. The urban contemporary collective is made up of 14 artists, creating work throughout Durban, Johannesburg, Cape Town and London. Many of these members are making waves in their respective fields such as tattoo art, design, fine art, journalism and photography, as well as painting graffiti.

The Quest Boys was established in Durban in 2004 as a close group of aspiring graffiti kids in love with art and hip hop. For some years they spread their colourful, funky flavor across the tropical port city, and established themselves as one of the top crews in town. Their message was clear – graffiti is not only a ‘gangster thang’, it can be uplifting, vibrant, fun, socially relevant and collaborative too. The original members gradually infiltrated other cities and grew the crew. Crucially, Johannesburg became the new Quest Boys stronghold. 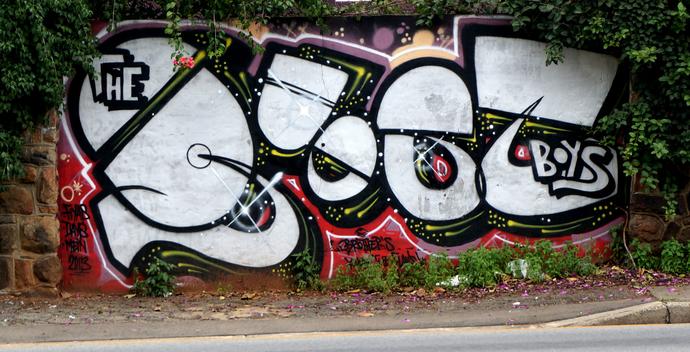 The show aims to bridge the gap between the formalities of the fine art world and the raw, controversial nature of the graffiti movement, as well as showcase a journey of one of the most diverse groups of artists in Mzansi. Audiences can expect an installation that hosts a collection of paintings, drawings, photographs and short films that best represent the adventures of the QUEST BOYS. Their debut zine, QSTRONG, showcasing a variety artwork straight from the underground, will also be launched.