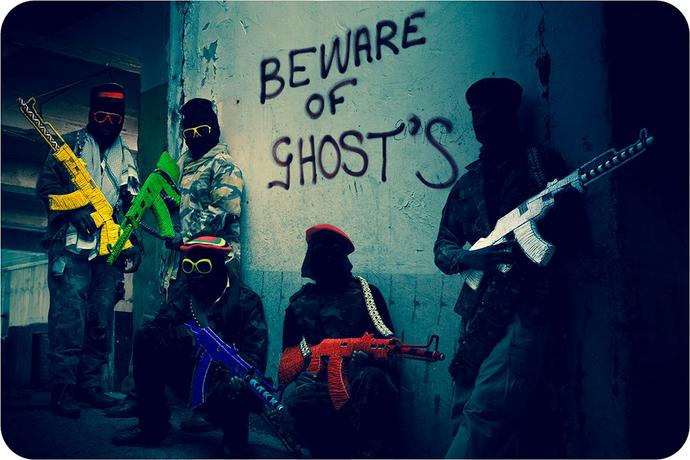 Join us for a craft beer at the Lovell Galleries’ exciting new project space, Lovell Urban, for Ralph Ziman’s ‘Ghosts’. 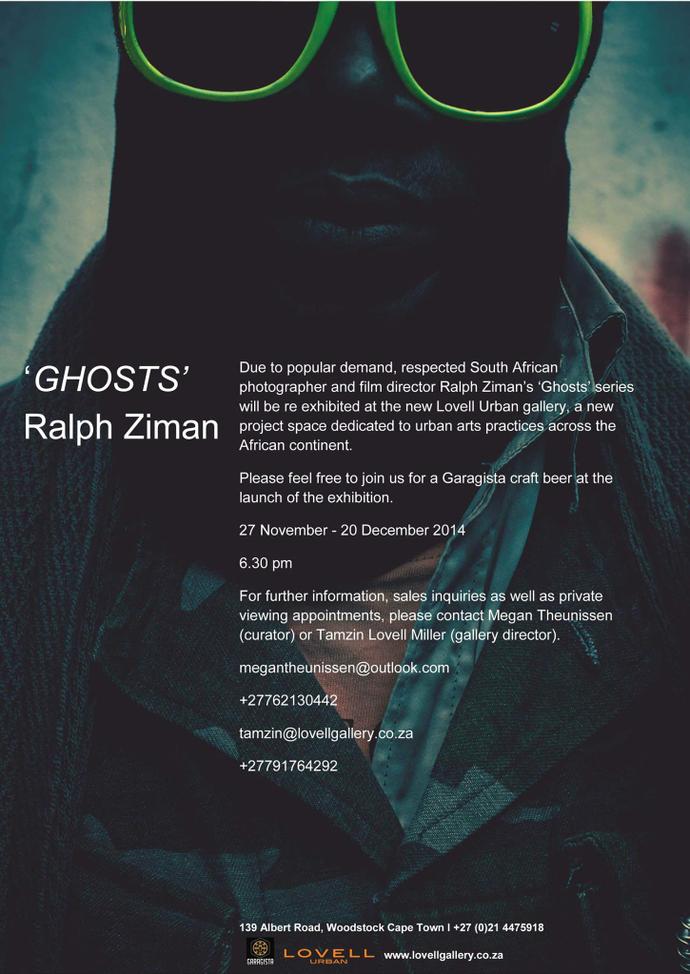 Due to popular demand, Ralph Ziman’s photographic body of artworks titled ‘Ghosts’, will be re-exhibited at the new Lovell Urban gallery in Cape Town, for the second time during 2014.

The photographer / filmmaker’s message behind his work transcends an alluring and brightly colored aesthetic, allowing for commentary and a reevaluation of gun control within the African continent. A long dispute affecting the African continent since the AK 47’s widespread popularity in warfare in recent history.

Ziman is an award winning South African film-maker living and working in Venice Beach, California. He has directed over 400 videos for major artists and written and directed several critically acclaimed feature films. 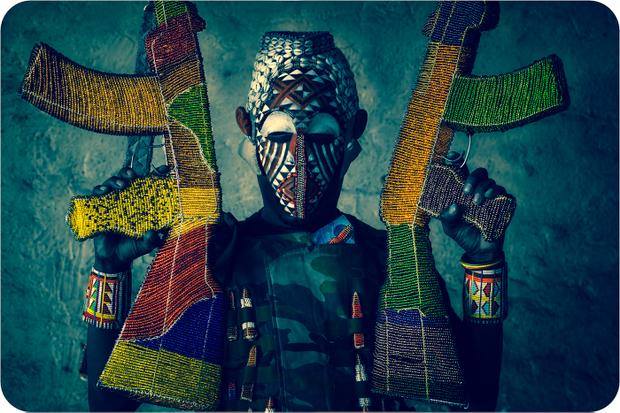 “While spending time again in Johannesburg I was horrified by the crime and the proliferation of weapons. The ease with which they can be acquired and the fascination the culture has with guns in general and the AK-47 in particular. The way that struggle songs lionize the gun. The sound the gun makes, the look of it. I wanted to challenge those perceptions and to find a way to explore the subject. I wondered about who was shipping the guns into Africa. I wanted to manufacture non-lethal weapons in Africa and ship them to the West.”

Ziman created the multi-faceted body of work “Ghosts” as a direct response to an examination of the international arms trade, specifically on the African continent where the AK-47 has been proliferated widely. There are more than 70 million AK-47s in circulation around the world. It is estimated that the AK-47 is responsible for over one half of a billion deaths in wars and political disputes since its invention over 60 years ago. And that an alarming eighty percent of those killed are innocent non-combatants of war. Figures of this type are what inspired Ziman to create this thought provoking portfolio of work, designed to bring attention to this issue. 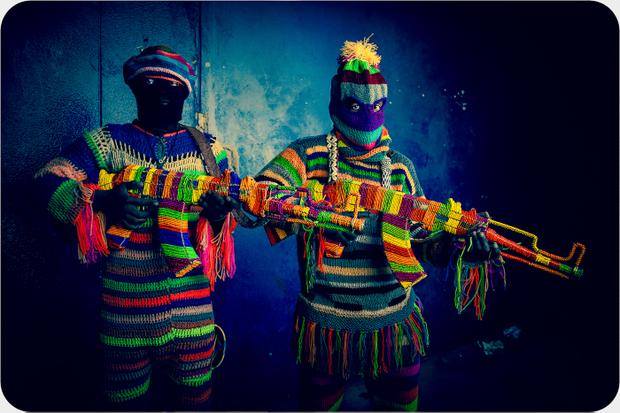 Ziman collaborated with six Zimbabwean craftsmen to create hundreds of faux AK-47’s out of traditional African wire and beads. Once completed the beaded guns were the subject of a photo shoot in crime ridden downtown Johannesburg. The resulting photographs create a highly alluring, aesthetically dramatic and incredibly unsettling set of images. All proceeds from work are being donated to charity.

Since releasing the ‘Ghosts’ photographic series in early 2014, Ralph has been filming a documentary on the arms trade across Africa. The film will be released in the near future. In conjunction to his photographic and film making practices, Ziman keeps the debate over the arms trade alive by regularly spreading awareness by pasting resistance inspired artworks across cities across in the States and in South Africa, such as his recent and powerful paste intervention at the Cape Town Grand Parade during October 2014, marking as the largest paste artwork produced to date. 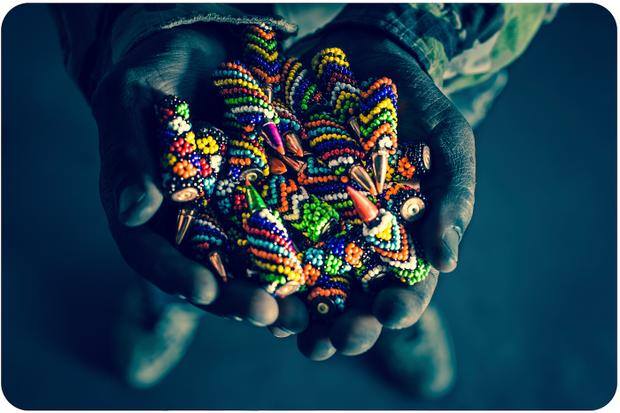 There will be new cash prints that have never been exhibited in South Africa before.