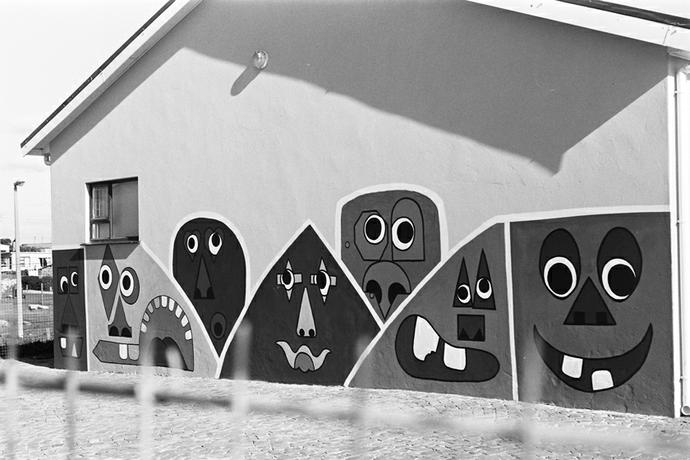 During the week of October 6th, the Football Foundation of South Africa implemented the FFSA Creative Workshop & Art Mural Project in collaboration with international artist and photographer, Jared Aufrichtig. This week-long community art project took place at the Bet-El Mission Church in the township of Blompark, where Jared utilized his extensive artistic knowledge and experience to lead the children in various creative workshops and the creation of a wall mural. With the creation of a wall mural being the end product of this initiative, the true value lied in the process of its creation, which was supplemented by workshops introducing some of the fundamental concepts and practices of art and creativity, such as mixing colors, proper brush strokes and texture. 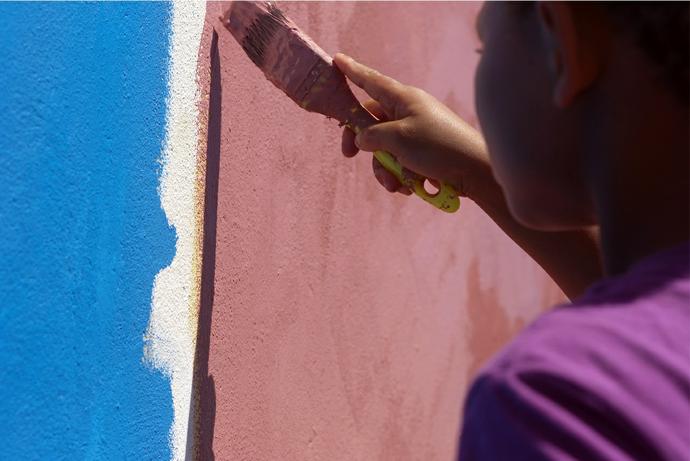 While the creation of the wall mural was the major focus of the project, each day also featured numerous artistic and creative workshops and games for the children who were waiting their turn to contribute to the mural, as we could only permit a limited number of children to work on the wall at one time. These activities included sticker-making sessions and group drawing lessons. Jared named the mural, “A Multicolored Family”, which is meant to depict the differences and uniqueness of people in the real world. Each face in the mural may be a different color and shape, with different eyes, noses and mouths, representing different races, genders, cultures, nationalities and personal differences that exist throughout the world, but they’re all living happily together as a single and unified unit. Integration, togetherness and acceptance are all values that the Football Foundation of South Africa promotes, so we saw it very fitting to create a mural that does the same. 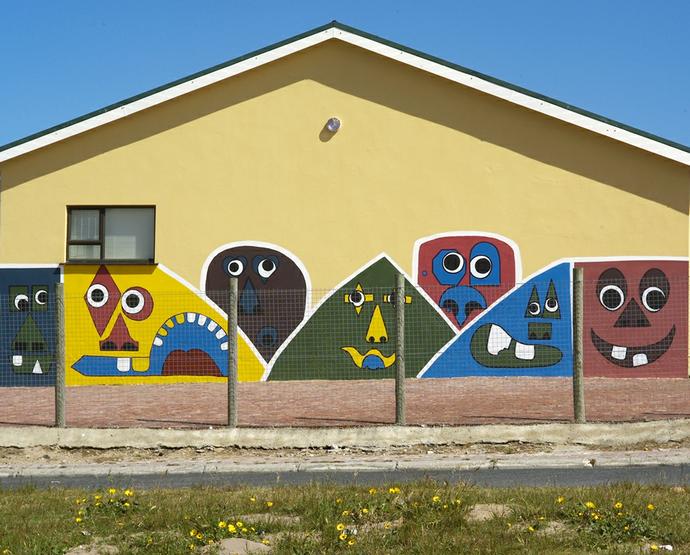 ← EVENT \\ Exhibition: You Have My Word by Chris Auret