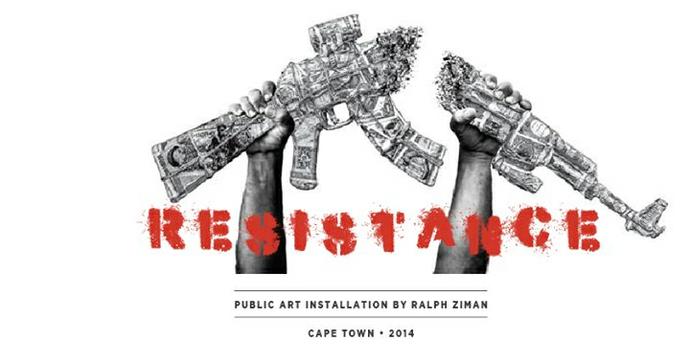 The world’s largest wheatpaste has been recorded in South Africa this week. The public art installation, which features the image of a broken AK-47 rifle wrapped in world currencies, was completed by Ralph Ziman and his team. The work is situated on The Grand Parade in Cape Town, and is over 100 meters in size.

Photos via The Resistance Project 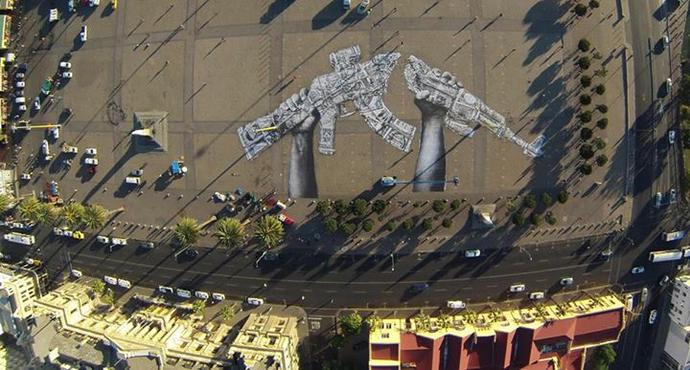 Resistance Project was born from a conversation between Ralph Ziman and (anti-arms activist) Terry Crawford-Browne.

Resistance is named for War Resisters International, an anti war organisation founded in the wake of the First World War. War Resisters has been in existence for almost a century and has branches all around the world. The logo has always been a rifle, broken in half by a pair of hands.

Ziman wanted to update the logo. The gun is now an AK-47, the most destructive weapon in the history of mankind. Invented by Mikhail Kalashnikov just after the Second World War the AK-47 has killed more people than the atom bomb and HIV Aids combined. Some estimates are as high as half a billion people and a majority of them were civilians.

The gun is wrapped in a combination of world currencies symbolising the international arms trade, a trade that not only pedals in death but also impoverishes fledgling economies around the world, diverting money that could be used for health care and education and fuelling corruption. 25% of the world’s corruption is routed through the arms trade making the international arms trade the largest organised crime syndicate in the world. 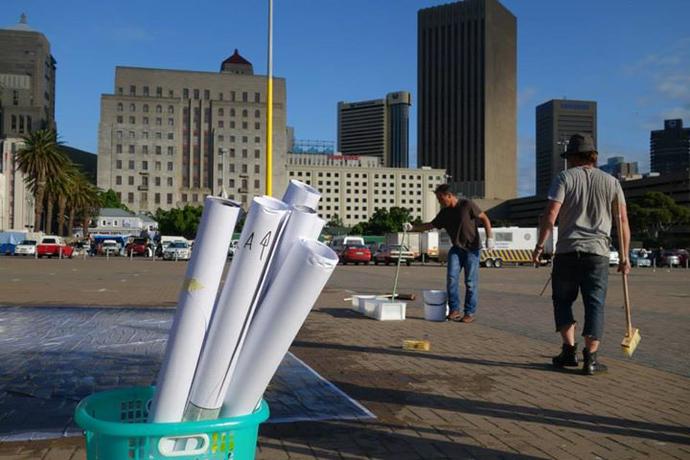 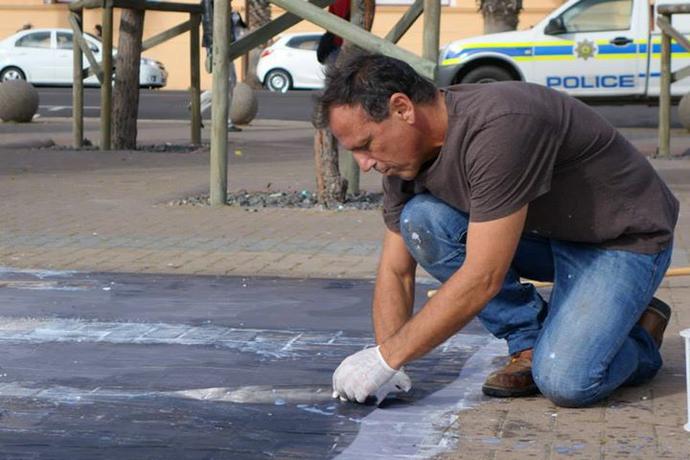 “Let this symbolic image be a constant reminder of the world we want to create. Let’s eradicate all weapons and put an end to the arms trade.”