Graffiti is a typically male dominated art form but there are many females painting the streets today. We decided to add a little girl power and focus on three of these women… 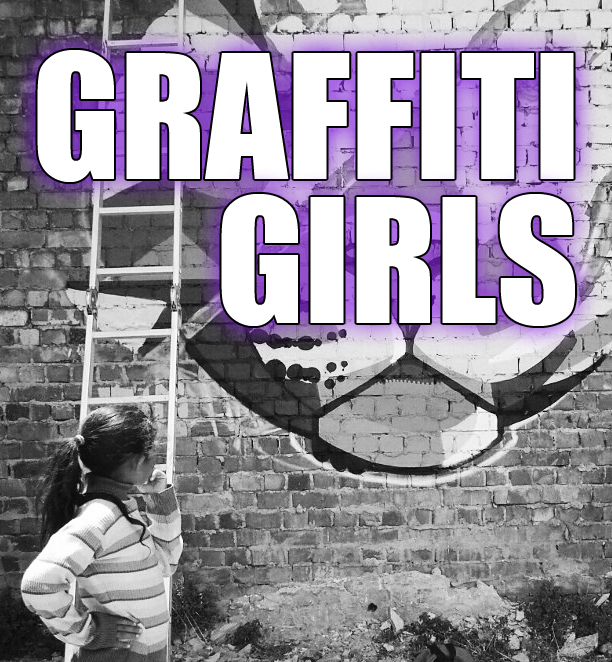 Last weekend we caught up with Daisy at Mams Art Festival in Mamelodi, a township just outside of Pretoria.

How long have you been doing graffiti and street art?

I started painting approximately four years ago, where members from both DS and OWN crew were kind enough to let me tag along and teach me about the perplexity that is graffiti.

What inspires you to create art?

My art background spans for over tens years and within those years inspiration has come from a wide field of reference; people, life, artists, art, to name a few… 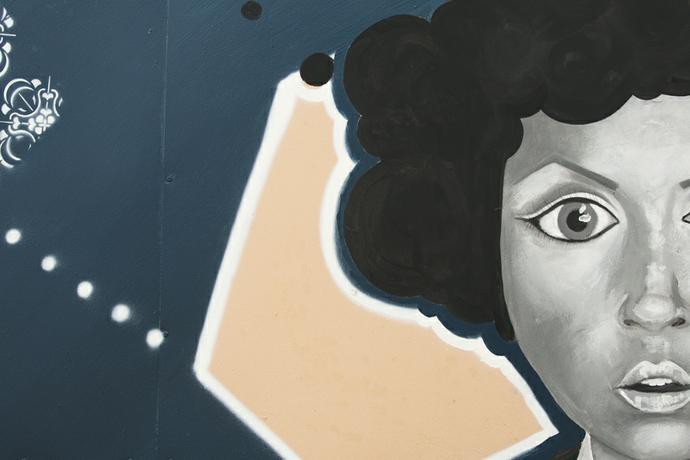 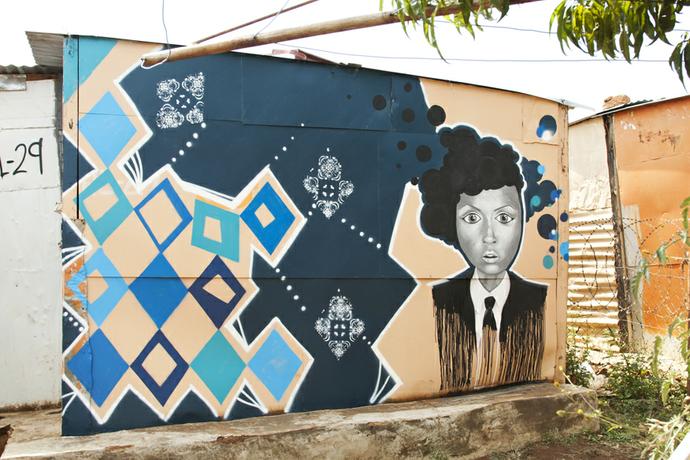 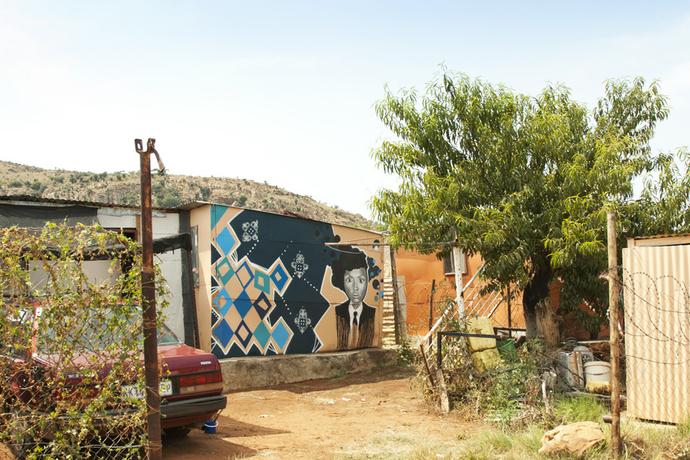 Tell us about your experience at Mams Art Fest?

Mams Art Festival is such an amazing collaboration between The Viva Foundation of South Africa, Mamelodi residents and artists from all walks of life. This foundation aims in creating a living art museum in an informal settlement located in Pretoria and is one of the very first.

Participating in this project is completely rewarding, especially assisting in fulfilling the goals of an organisation like The Viva Foundation (who do exceptional work in several amazing programmes in the Mamelodi community). I have a lot of adoration for this foundation.

What do you think of the role of urban art in today’s society?

As an individual who works in the built in environment, structures are erected to fill a function, as well as attempting to create a dialogue with the current context and be aesthetically pleasing. Urban art does the same thing. It’s role is equally as legitimate as art made in the studio, and other art forms. Possibly even more so where works of art are littered throughout the built environment, which in turn becomes far more accessible to the public. Whatever the statement or lack thereof, urban art engages with individuals on a platform that most others cannot. An art form the elite no longer have possession over. 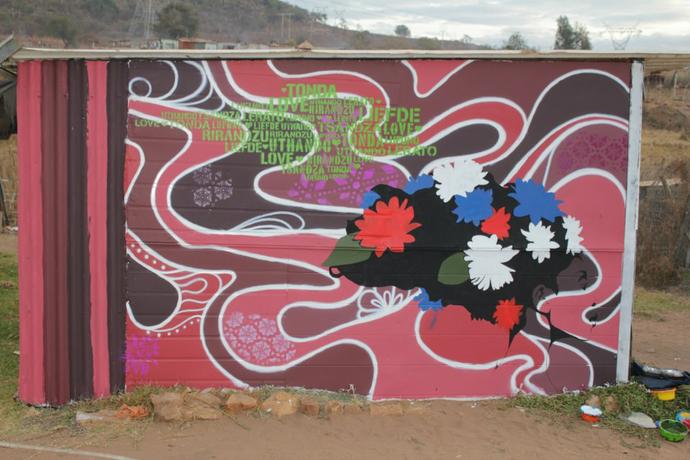 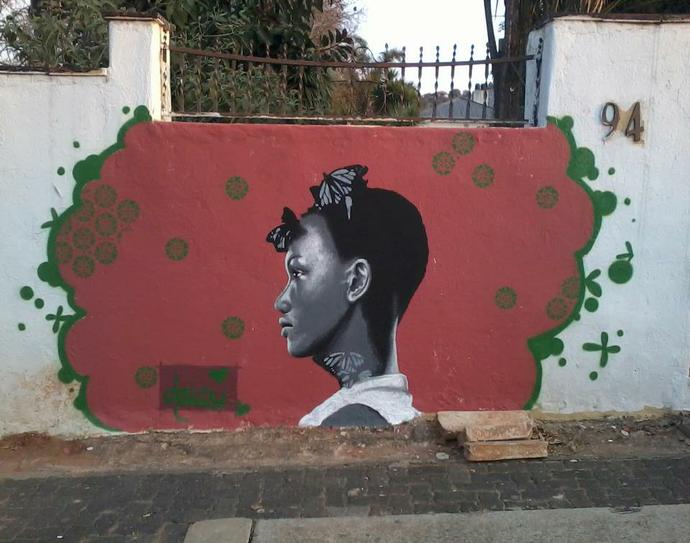 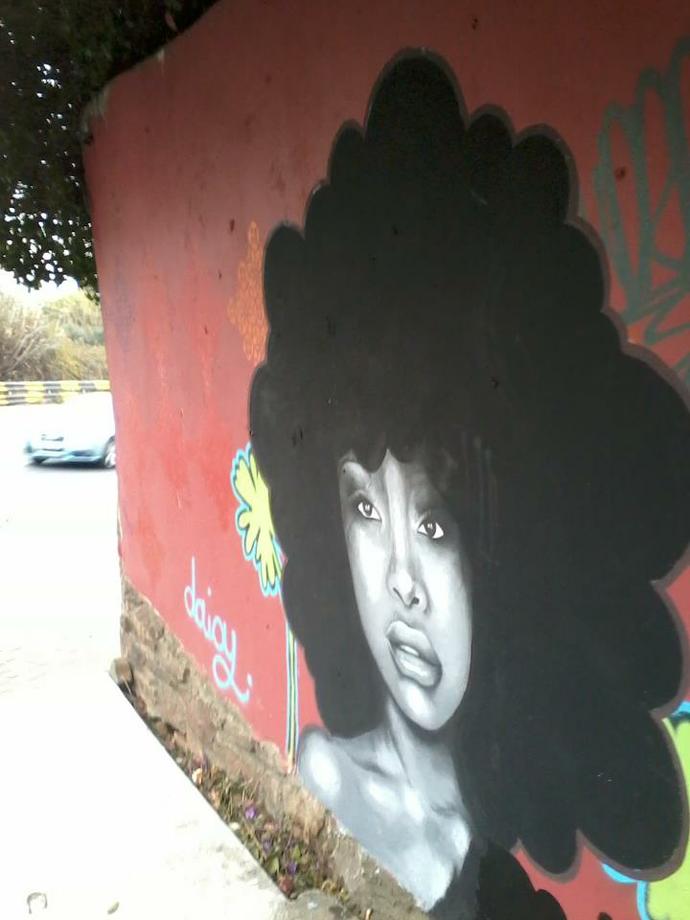 Nard Star is a Cape Town based graffiti and street artist who is currently in America to paint and exhibit at the Trinity International Hip Hop Festival in Hartford, Connecticut, just outside of New York. 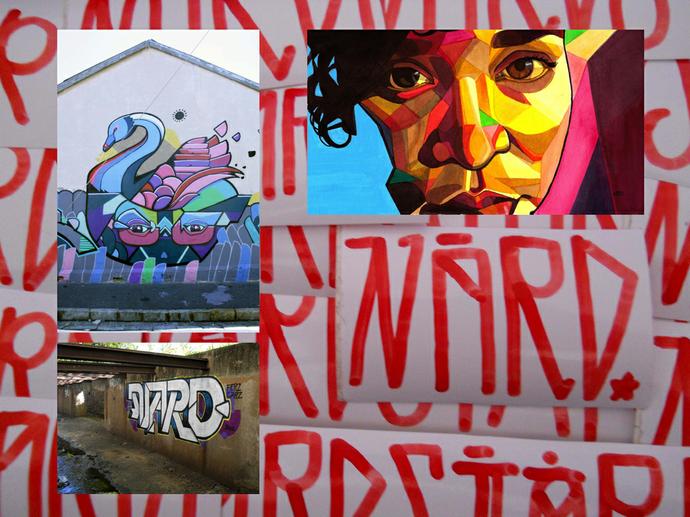 I got into graffiti when I was a teenager. I was always up to no good back then and used to spend a lot of time hanging out with my friends on the streets. We were all into Hip Hop but none of us did graffiti. I was already into art so it was a natural progression. You can say I’ve been painting solidly for about 4 years now….

My style is just me having fun with shapes and colour. It’s like a intense game of Jenga. 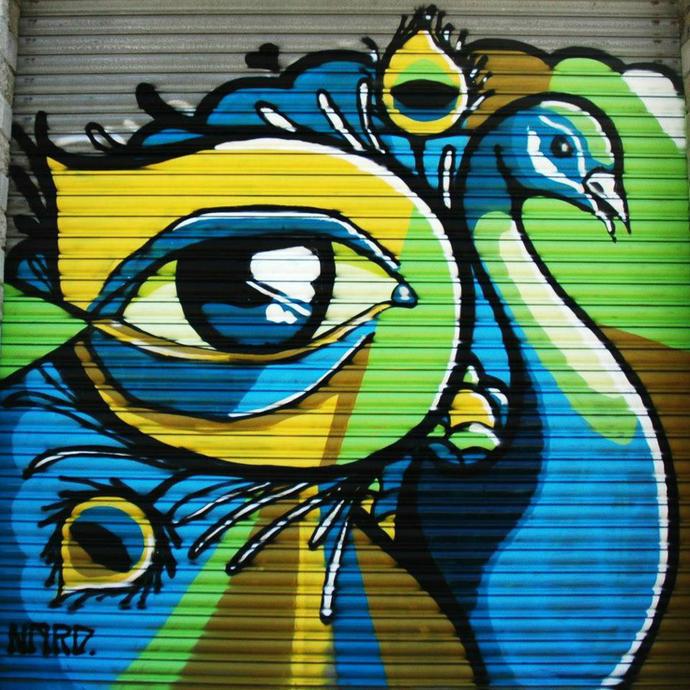 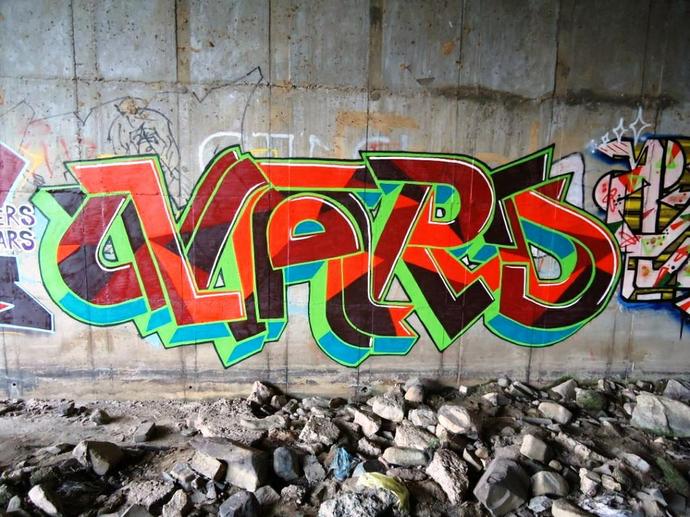 What is your favourite piece you’ve painted?

I don’t really have a favourite. It’s usually the last wall I painted and then I paint another one which becomes the new fave.

What reactions have you received about your work on the street?

I usually get good responses to my art on the street. People enjoy the bright colour and figuring out the animals, but sometime people can just be really confused about why I am doing art on a wall in the first place.

Do you think it’s any different for a girl to do graffiti since it’s very male dominated?

No, I don’t think it’s any different for girls and guys… 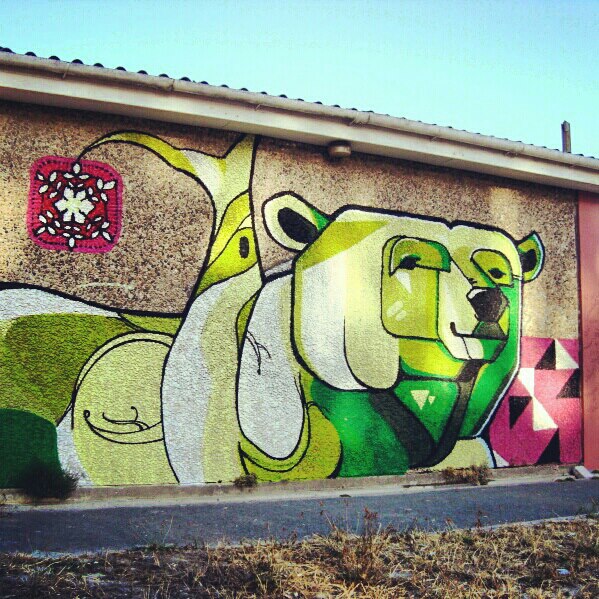 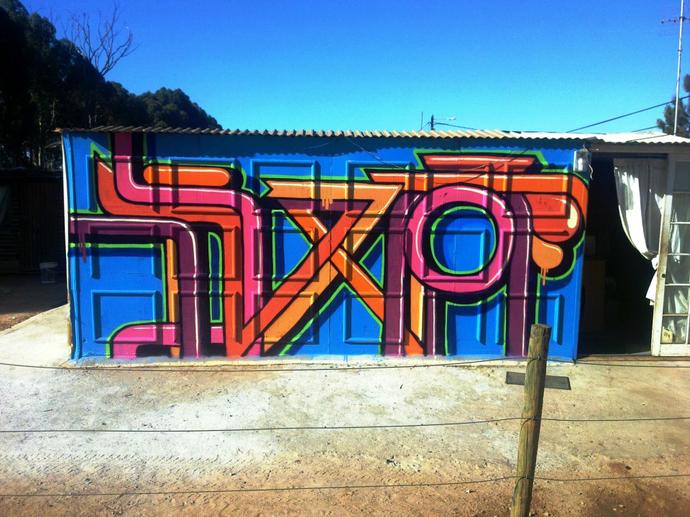 I don’t have favourites, but I have respect and admiration to all artists that live their art and keep getting better and better.

What do you think is the role of art in todays society?

I think each artist has their own reasons for their art. Some make art without even considering a viewer so I cant really answer that question properly. 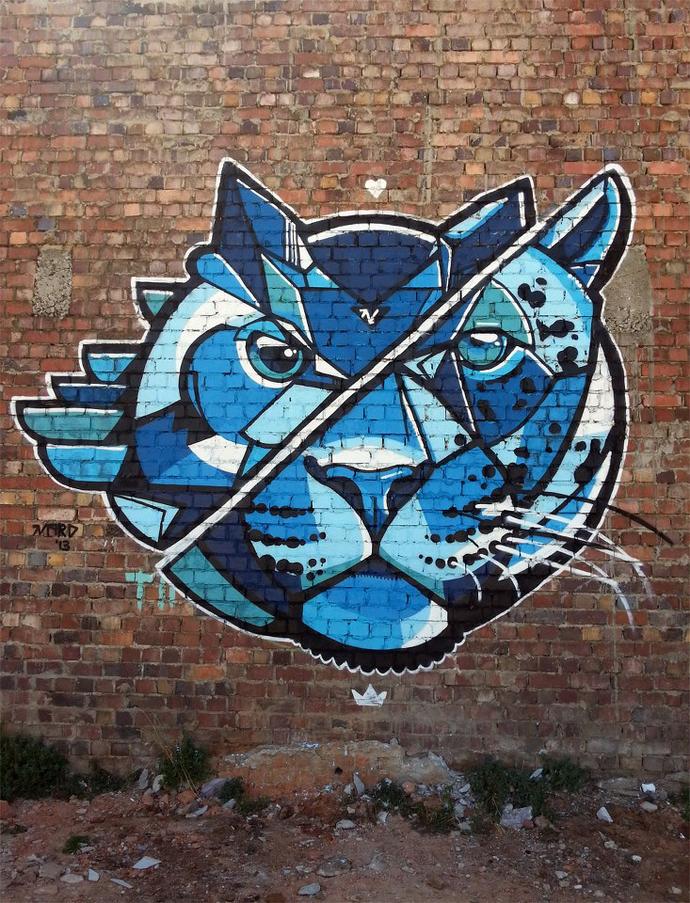 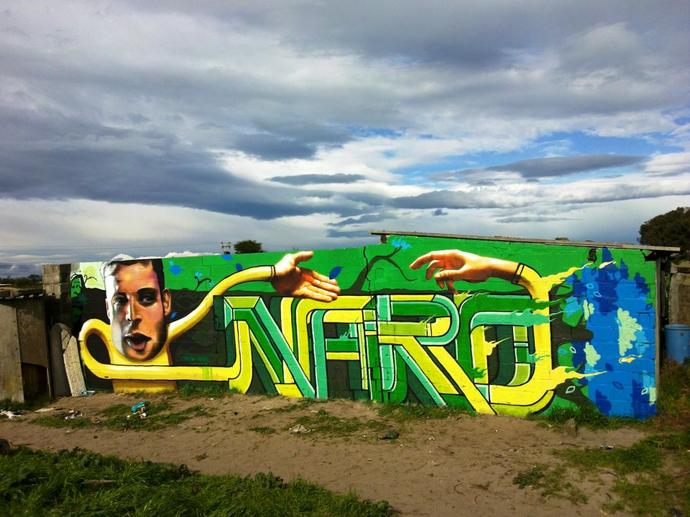 Last year, we linked Nard to a Toronto-based independent film-maker, Idalina Leandro Pifaro, who is currently in the process of shooting a documentary film about woman who write graffiti.

“All She Wrote” is a documentary that tells the story of female graffiti writers presented through the artist’s own voice. With emphasis on the women behind the art, the film uncovers a common passion but unique motivations and experiences. Spanning Europe and the America’s, “All She Wrote” is ultimately a story of powerful, dedicated, and ambitious women, presented through their own eyes and ears. 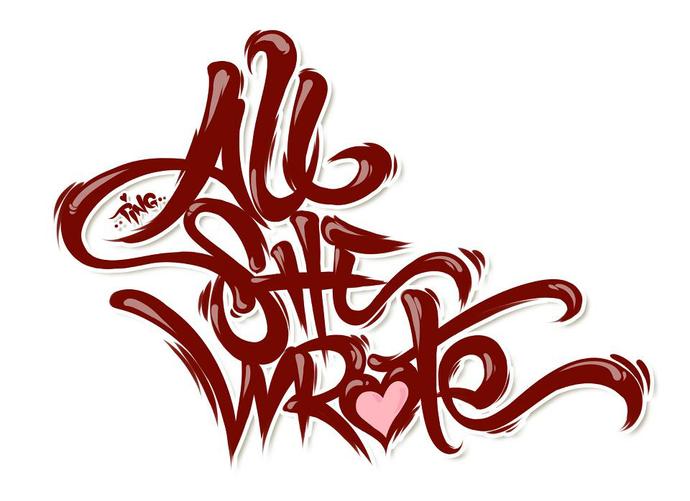 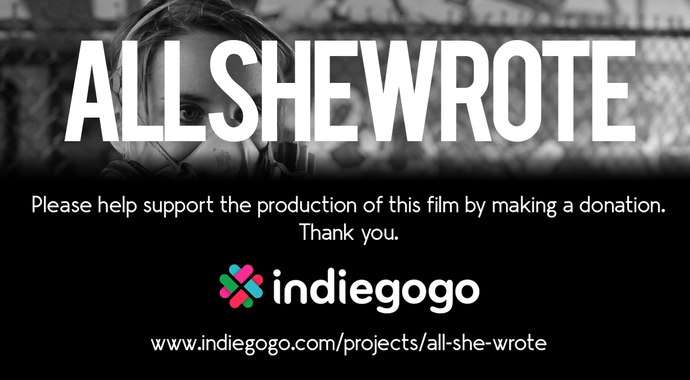