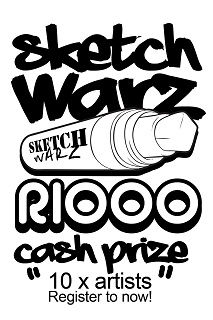 Also, check out the blog: 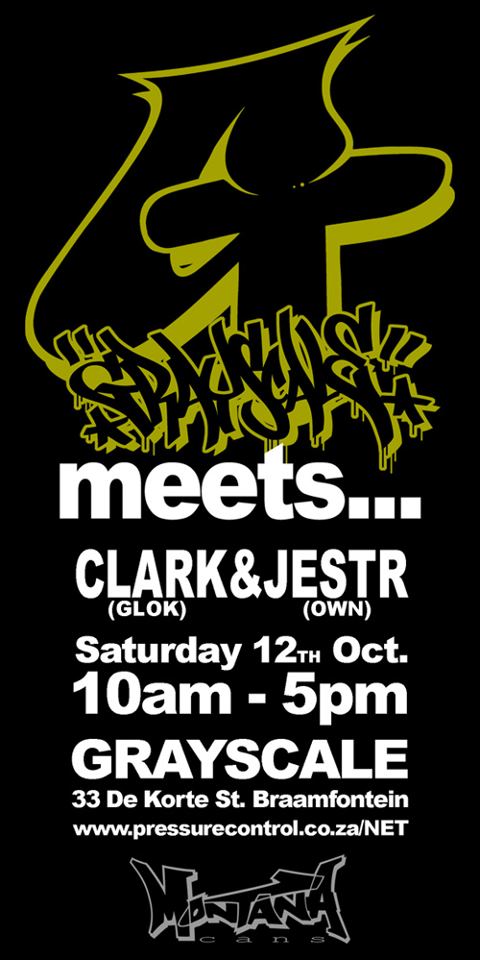 AFRICA \\ We Are All Khaled Said - Graffiti and the Egyptian Revolution November 8th, 2011

We are all Khaled Said – Berlin Wall from Traverse Streetcultures on Vimeo.

Khaled Said, a symbolic figure and the face of the revolution in Egypt, was recently awarded the Friedrich-Ebert-Foundation‘s Human Rights Award 2011 together with Slim Amamou from Tunisia in Berlin on September 19th 2011. The tragic death of the Egyptian Internet activist, rapper and blogger sparked massive protests, with the Facebook page “We are all Khaled Said” becoming a strong force within the revolution.

Many have paid tribute to Khaled Said with graffiti, street art murals and stencils in Cairo and Alexandria where he died on 6 June 2010 - brutally beaten by policemen. At the award ceremony in Berlin, he was honoured by having his portrait painted by German artist Andreas von Chrzanowski aka Case from the famous photo realist graffiti crew, Ma’Claim. This commemorative portrait was painted on a piece of the Berlin wall and transported to the venue. 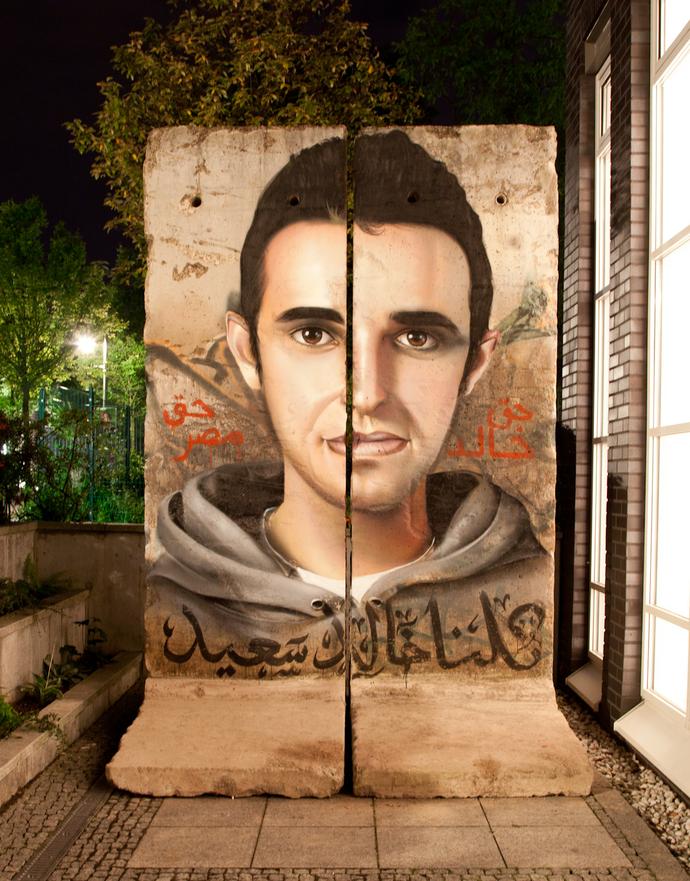 “They broke down the Berlin Wall for freedom and unity. Khaled Said got killed for the same reason, for freedom and democracy. Khaled would be very happy if he was with us today. We will not forget you Khaled and we will bring your rights back. And we will bring every Egyptian’s right back. We are all Khaled Said!” - Zahraa Said Kassem, Khaled’s sister who received the award on his behalf. 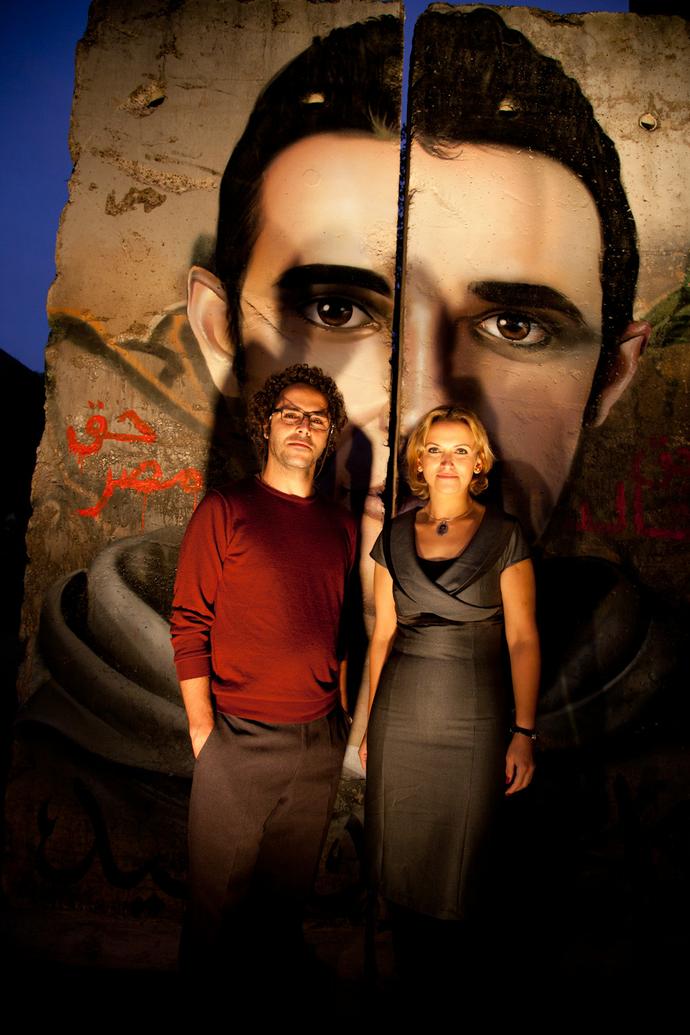 Now, as part of a project with the Goethe Institute, new portraits have been painted by Case in Khaled Said’s home town of Alexandria and in the capital, Cairo. The rest of the Ma’Claim crew were also present and together they painted a mural symbolising peace, freedom and victory. 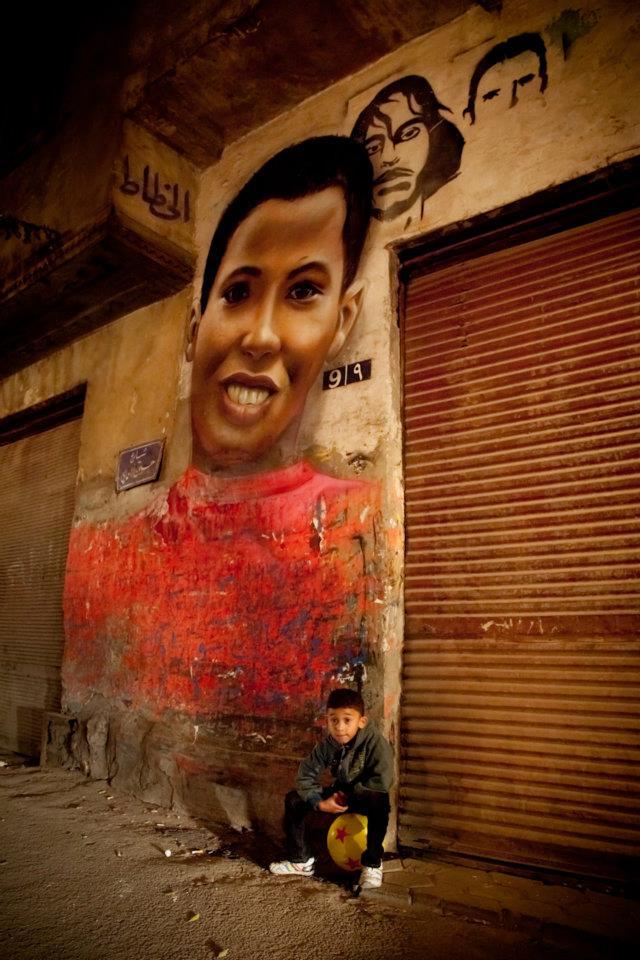 Portrait in front of the Townhouse Gallery of an Egyptian boy whom Case met in the street while painting in Cairo. 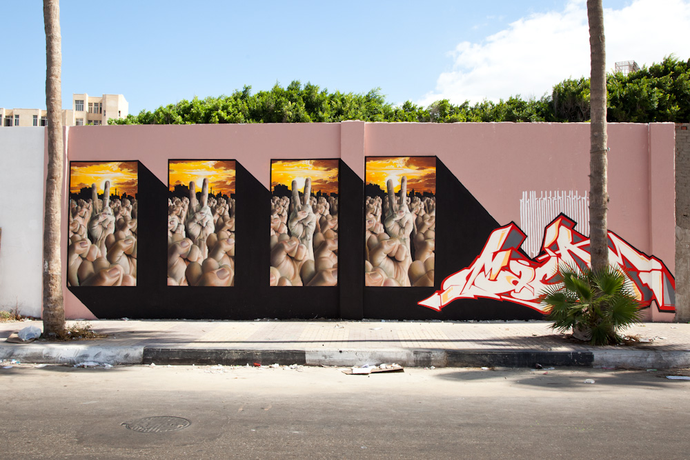 GIF-Animation: Like the revolution, the mural “uses” the Internet to reveal its message.

Below are videos of Joel Sames (documentarian of the project from the beginning) with Khaled’s Said’s mother Laila Marzouk and his sister Zahraa Kassem, discussing the project on an Egyptian TV show. Both Khaled’s mother and sister are still strong advocates in Egypt’s unfinished revolution.

This is a project by Don Karl, publisher and co-author of the book “Arabic Graffiti” & Hip Hop Stuetzpunkt Berlin - in collaboration with The Dudes Factory (Freedom Park) & Friedrich-Ebert-Foundation.

Photos and video by Joel Sames (courtesy of From Here to Fame). 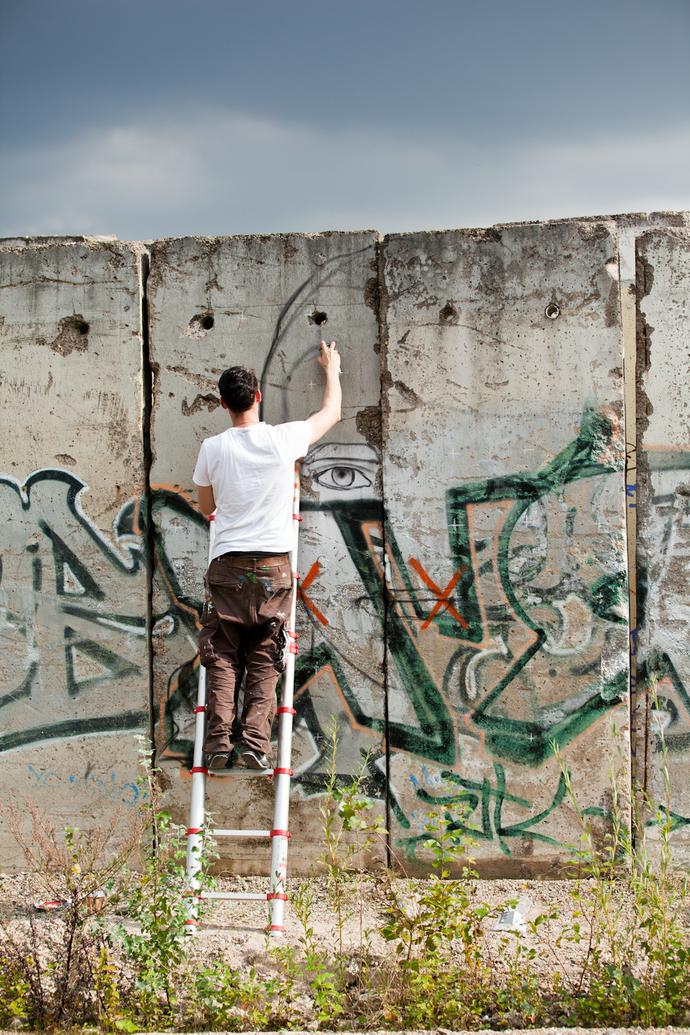 The infamous Ma’Claim crew have painted new murals in Egypt…

>> Read more about it

Below are pics from the F.A.T.S logo competition, “A Load Off”. The event took place over the weekend at the F.A.T.S premises at 180 Sydney Road, Durban. 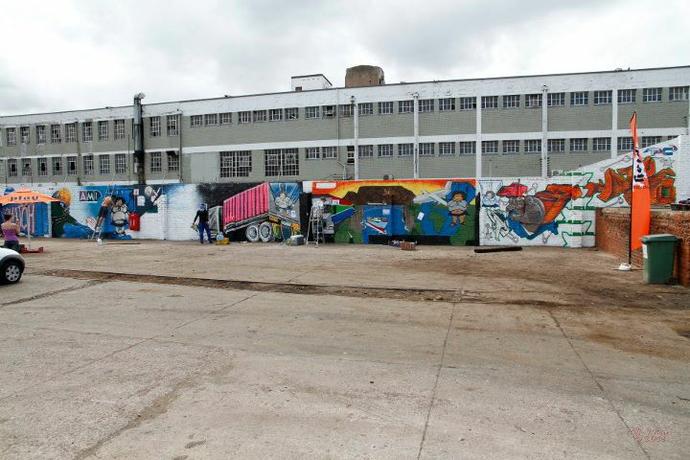 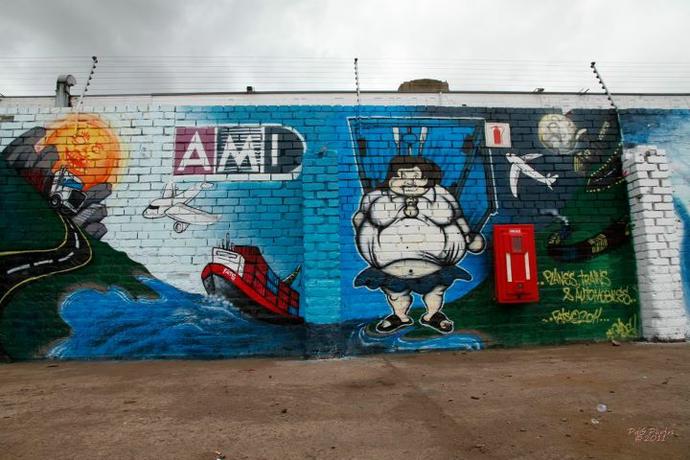 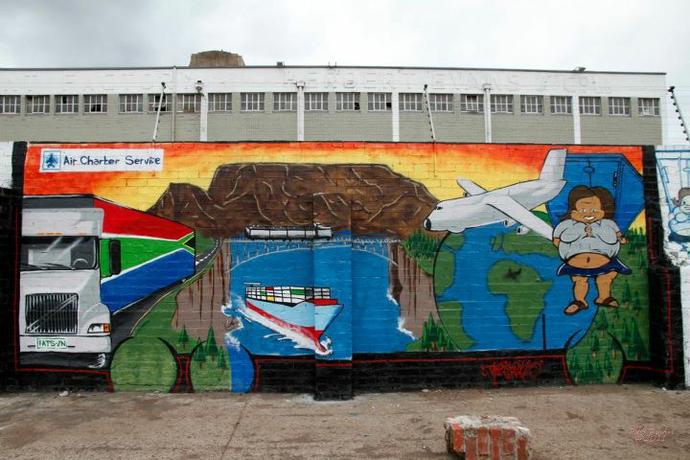 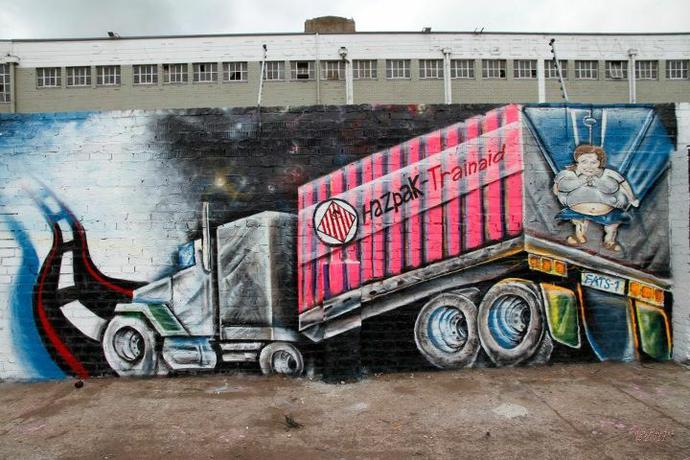 >> VIEW THE REST OF THE PICS

The winner was Jason “ Jase” van Zyl, receiving the R10 000 cash prize at a F.A.T.S Cheese and Wine function last night. The artist also painted the F.A.T.S company logo on the outside of their building. 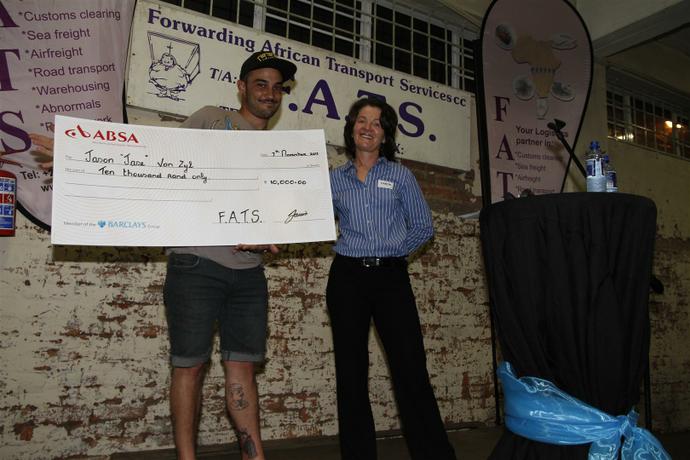 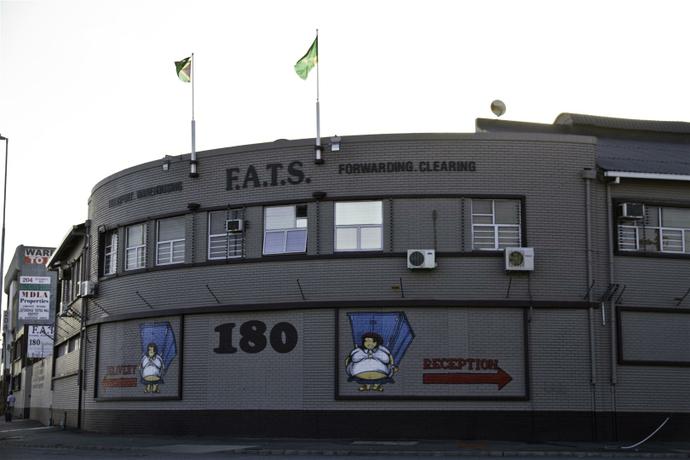 350.org, an organisation that aims to build a global movement to solve the climate crisis, launched Earth in 2010, a collaborative arts project to help spark this movement. Now, select artists (including South Africa’s Freddy Sam) have taken to the streets, creating works that are in public space for all to see.

‘Art has the power to move the masses and get people to stop, think and ideally act on the greatest challenge of our time.’

Below is Freddy Sam’s contribution to the project, ‘Wake Up To The Sun To Change Tomorrow’: 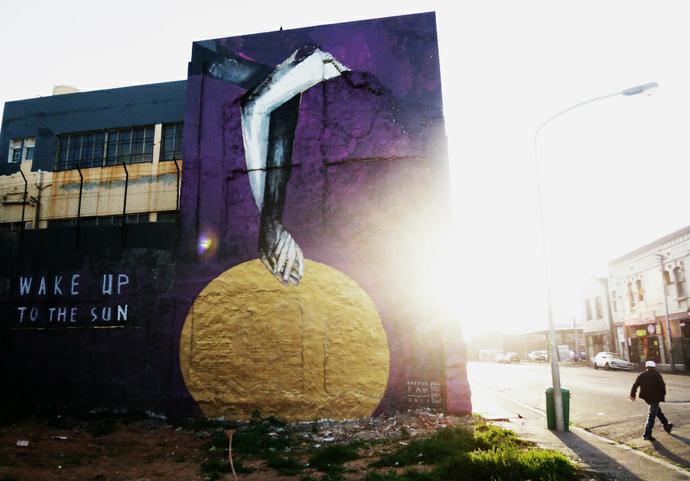 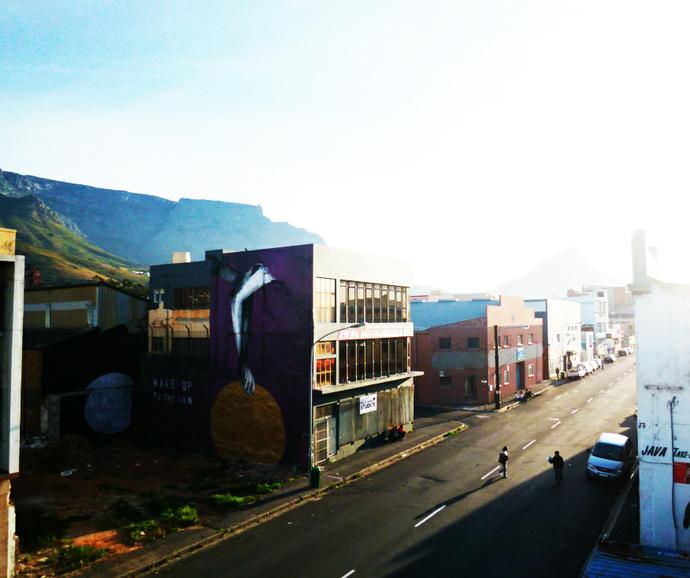 New videos added to our Video Archive.
Click on the image to watch the video… 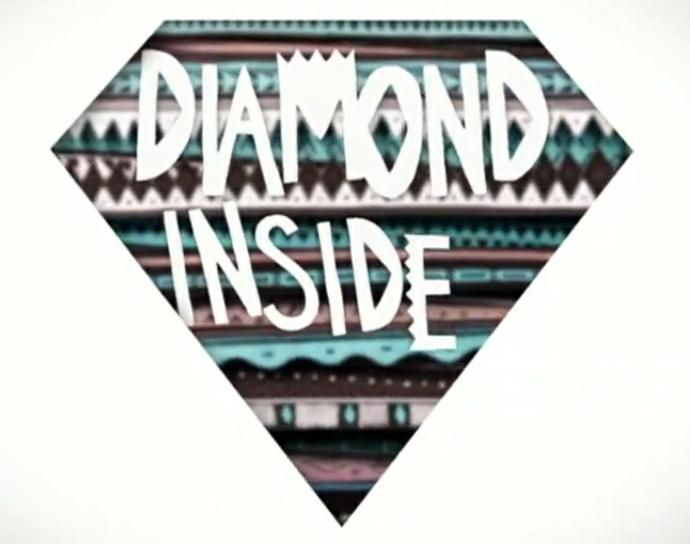 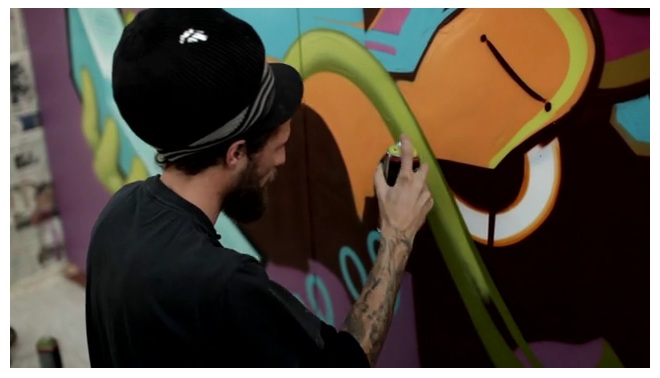 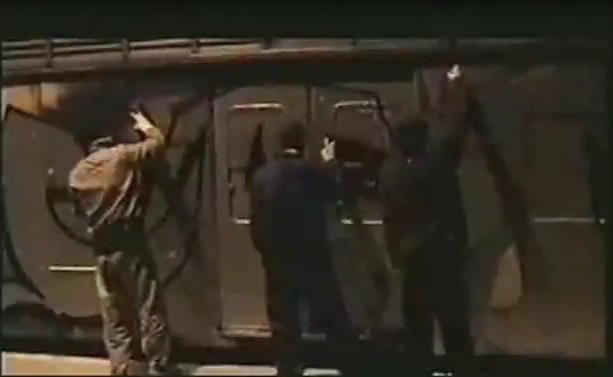 “IN TO YOU” is an exhibition by Yumanizumu (Tokyo, Japan) featuring drawings, sculptures, paintings and installations made during the artists 2 month residency with /A WORD OF ART.

The show launches tomorrow night with guest DJs and an installation by new artist in residence, Veronica Casellas Jimenez (Venezuela).