Reflections on the 2011 Wide Open Walls project from some of those involved:

(All images by Jonx Pillemer, except where noted). 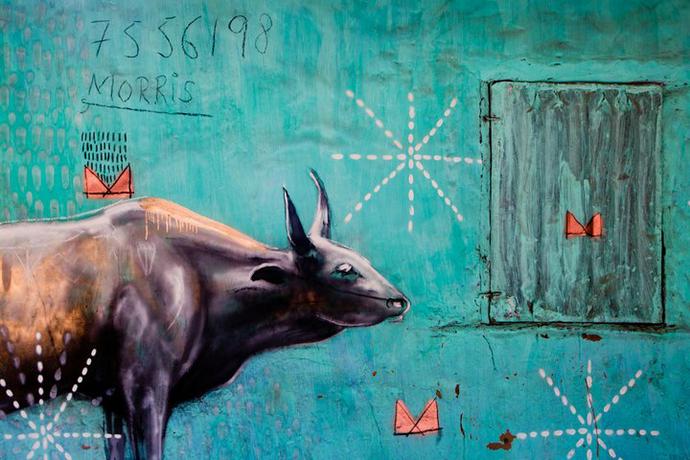 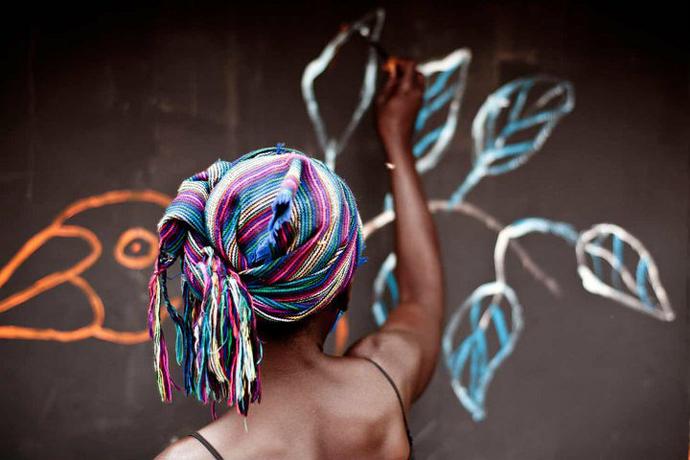 Freddy Sam (Artist, South Africa / Curator)
The idea that art can effect positive change is a sensitive one, in my heart it is right, but responsible action is the key word here. I think we carried this out not only with glowing open hearts and full belief, but also viewed this with complex and analytical thought during and after the project, we are left with an experience that will effect us and the villages for life, a moment that we will share forever and that I know we will continue to build on with the input of the communities. The project has also given me so many insights that I will carry through into my community art projects back home in South Africa. It was inspiring to witness artists dancing in their work, to allow their environment to affect them and to release this energy with love into the walls, conversations and moments shared, with real interest and support in what they are doing from the community. A visual song, a dialogue, a true cultural exchange. 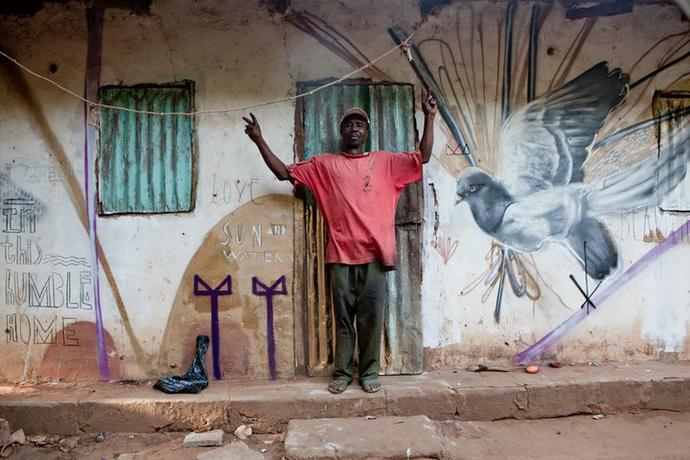 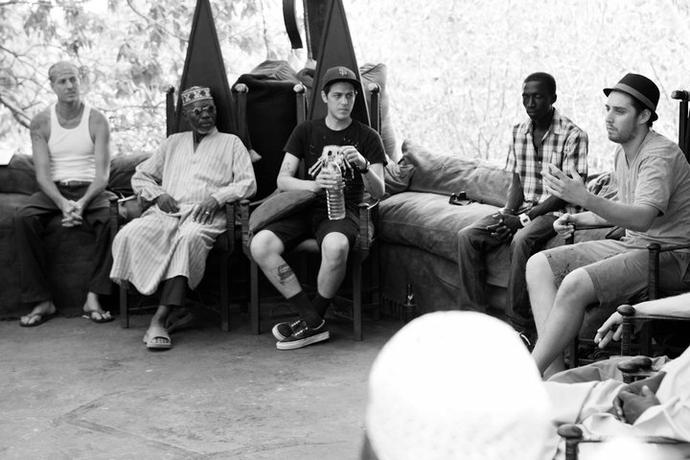 Know Hope (Artist, Israel)
Painting in the villages was different from painting in a city because I actually met and got to know the people on whose wall I was painting on, which is usually not the case. One thing that I think wasn’t new, but definitely amplified and more present, was the direct interaction, impact and transformation (I only use this word for the lack of finding a more precise one) that the work had on the village. It became a happening-as, for, by and with the community. 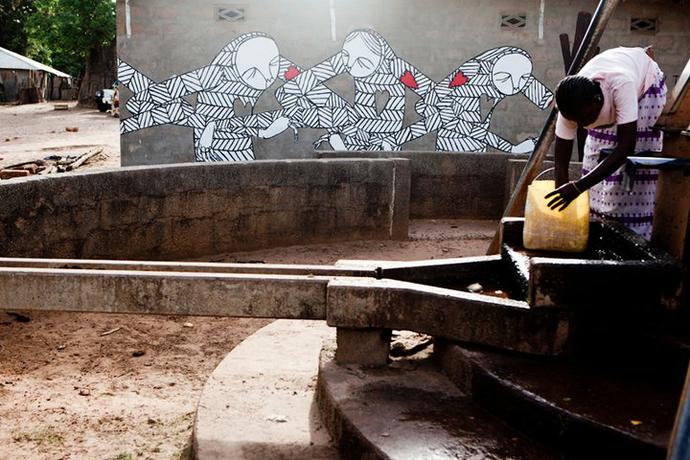 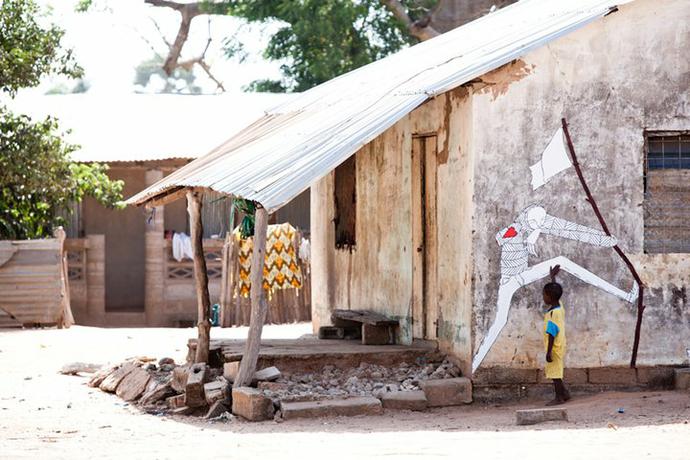 TIKA (Artist, Switzerland)
At first, the fact of me being invited to come and paint in a rural village, where the roads are made of red, bouncy soil, water has to be pumped and electricity is not yet for everyone, roused a lot of questions… Does the village life in it’s humble, present way, need to be changed? Should these villages really become a tourist attraction? Shouldn’t it be the people from the villages themselves painting their compounds? But then, very soon, I realised that the Internet has already reached and Toubabs (white tourists) have already been throwing minthies (sweets) from their vans to the kids.

So, my conclusion is that it’s better to have a bunch of artist like us to come, with all our concerns, wanting to do good and beautiful and our, maybe naive, belief of sharing friendship, art and thoughts to give the circle of change a twist in the direction where humans treat each other respectfully and equal despite gender, race or social background. 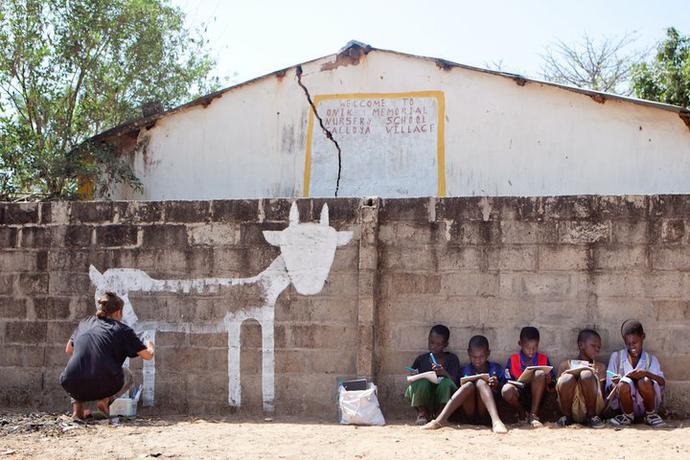 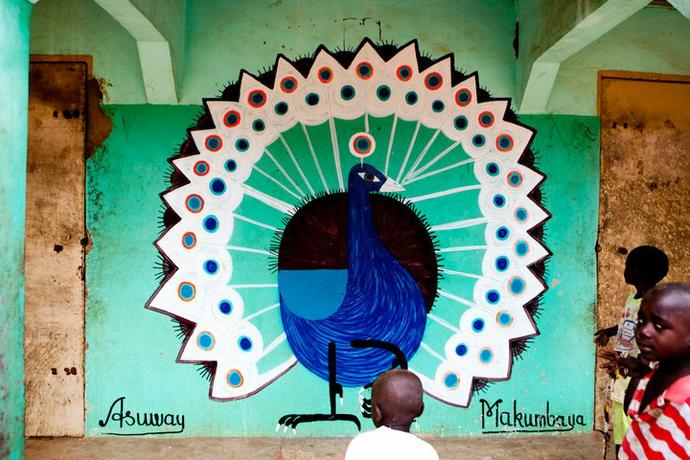 Remed (Artist, Spain)
It is completely different painting here to painting in Europe. In the west a spray-can often represents a tool of vandalism, here I really feel welcome. I feel free. There is a great sense of support towards your art, a really strong sense of peace and unity, everything is flowing so easily. I think public street art can affect positive change as it alters the environment in a good way if it spreads a positive message in direct combat to advertising billboards for example. 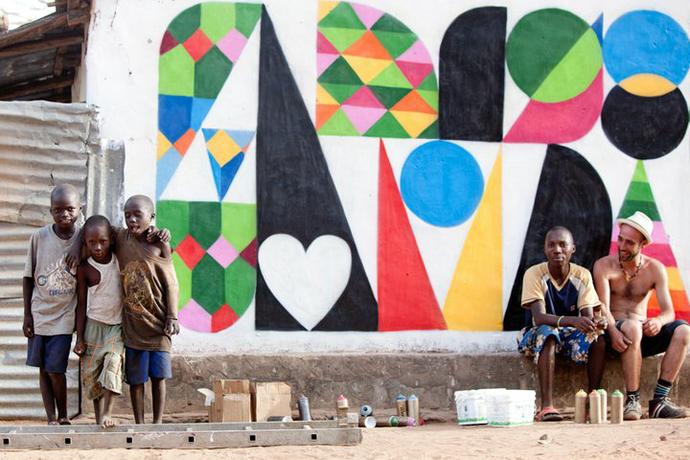 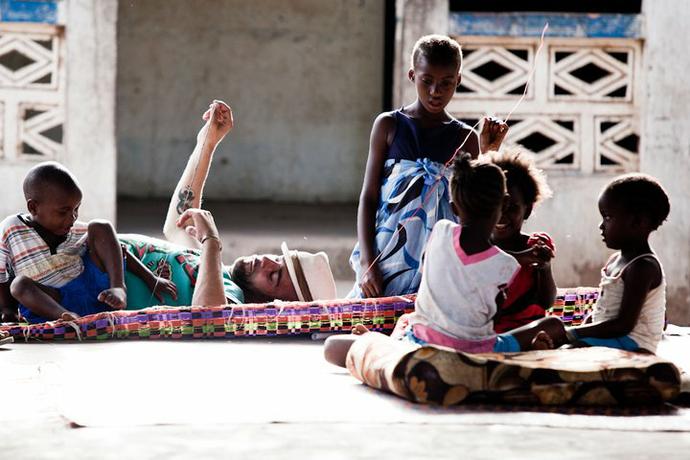 Njogu (Artist: Bushdwellers)
Wide Open Walls is a democratic and interactive street art project bringing artist of the world to celebrate through art, all good things in life, environmental awareness, peace, love and respect for our cultural values. For me as a Gambian artist it is inspirational to work alongside and share with our international friends that make the long journey to experience Africa. The community spirit will stay alive through such projects. Africa and the world unite! 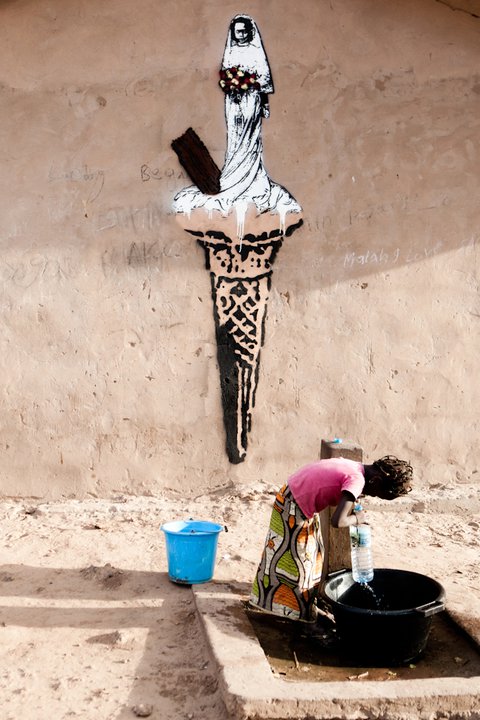 Selah (Artist, South Africa)
My art is entirely relational and contextual. As a process it starts with a conversation and in practice is realised literally as a publication on the wall. This process was very closely aligned to the values of the family heads and chiefs with whom I spoke – in terms of the power of conversation, negotiation, listening – and was therefore received with enthusiasm and joy. My texts were always already present within the thought and values of these Gambians with whom I shared so much tea – and had then only to be illuminated on their homes. 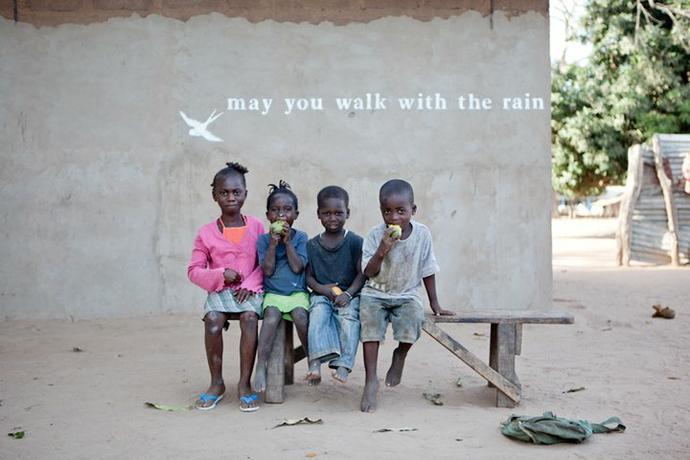 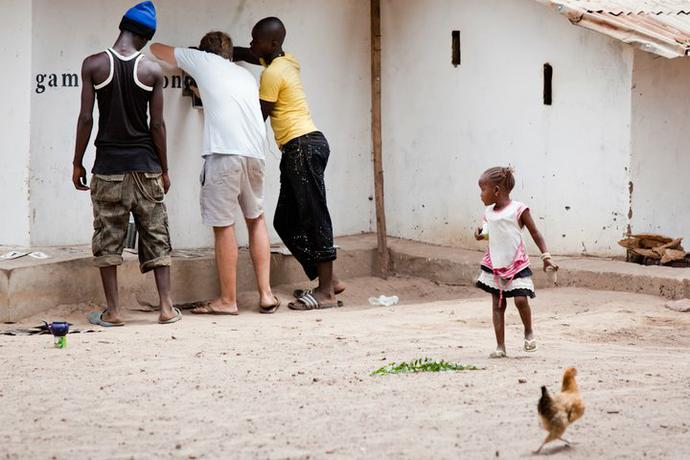 Rowan Pybus (Film-maker / Photographer)
I have been working with street artists in communities for a few years now in South Africa and often we don’t have enough time to understand our surroundings. WOW allows for more interaction, more conversation, and in the end more of a connection with the community. It’s about sharing. With the film I am hoping to show off the mixing of two worlds and the peace that came from it. 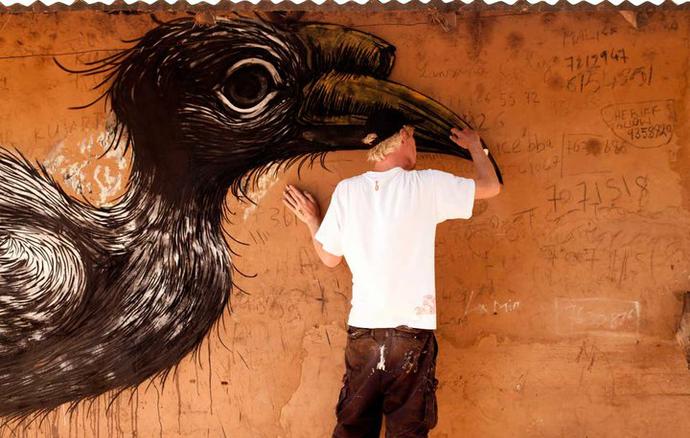 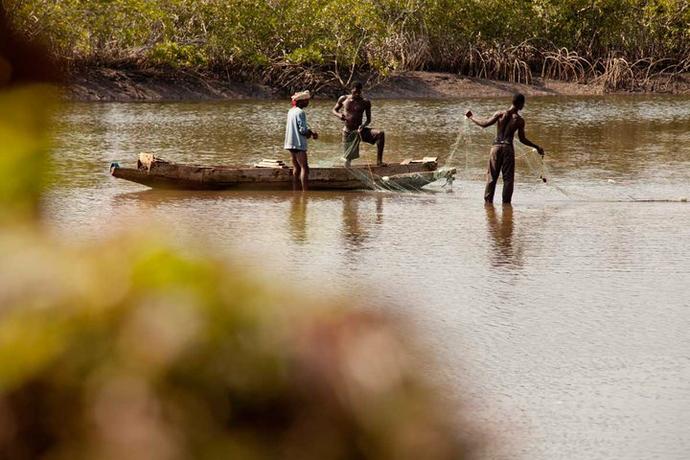 Jonx Pillemer (Photographer)
Cool, and unique project. [I’m] very interested in watching this grow over the years, and [it’s] fantastic to have been part of it. 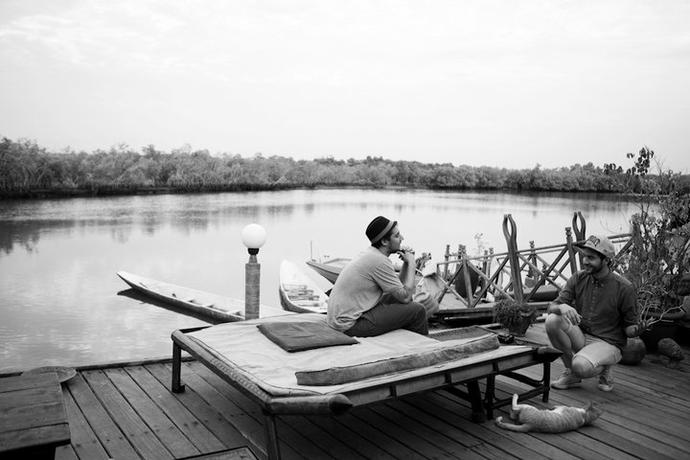 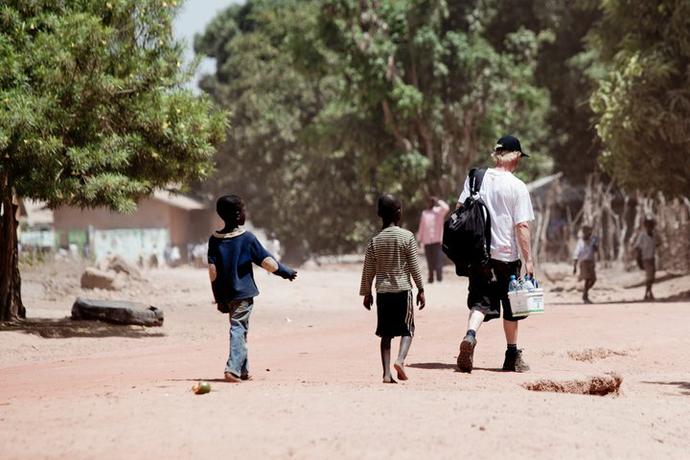 Sydelle Willow Smith (Anthropologist/Photographer)
I am always quite sceptacle of development projects coming into an area and deciding what is best for the communities living there, I have seen them fail far to often back home in South Africa. I like the fact that art creates a subtle, malleable platform that bridges boundaries allowing for conversations between communities and outsiders to stand as equals engaging, voicing their concerns, through a “universal” language to some degree. WOW is in its beginning stages and needs some ironing out in terms of this dialectic, but I believe it is off to a strong and worthy start and [I] look forward to what the future holds. 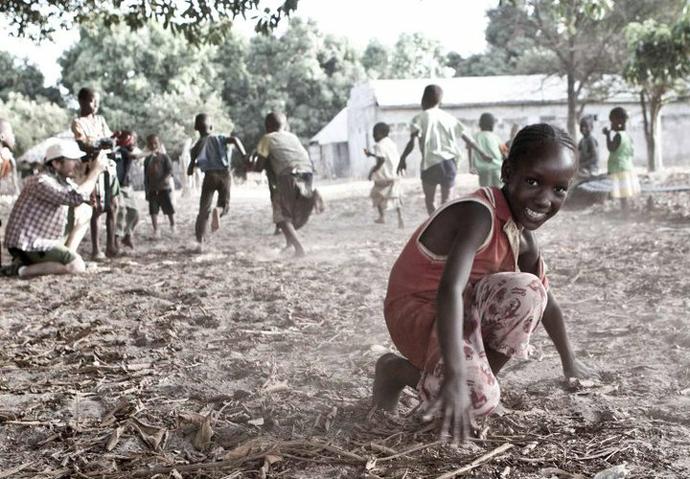 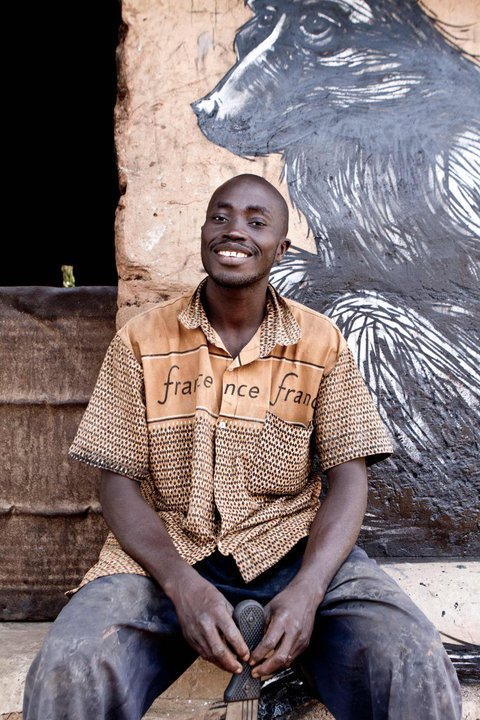 James English (Artist: Bushdwellers / Founder of WOW)
The Ballabu Conservation Project is an 85 square kilometer area, encompassing 14 villages with roughly 100,000 people living within the area. The Ballabu was created to bring unity to the community, to encourage sustainability and conservation and to keep traditional rural lifestyles in place. I believe that the Wide Open Walls project can help stop the Rural Urban Drift, where the young people of the rural communities leave the family structure and go to the cities, which leads to the death of traditional practices and culture. By giving the young people of these villages something to be proud of they are more willing to stay and keep the traditions of the village alive. The Eden Project in the UK has given the Ballabu a full time exhibit in the Tropical Biome, which is seen by over one million people a year. 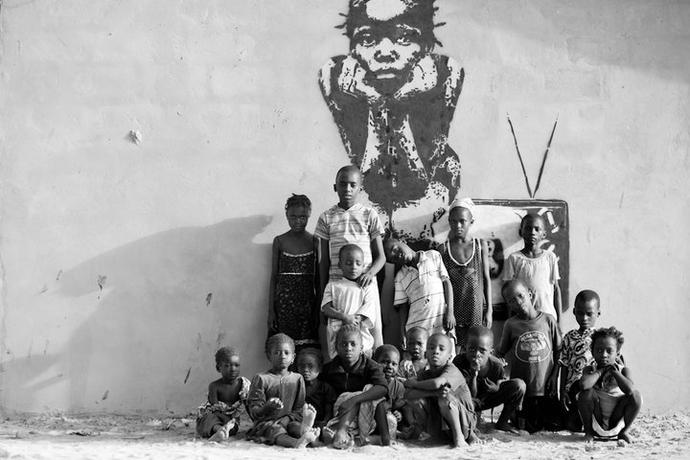 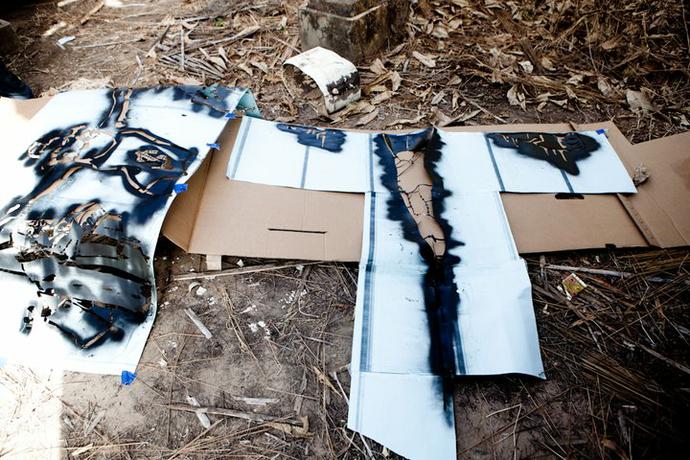 Lawrence Williams (Artist: Bushdwellers / Founder of WOW)
The most inspiring thing for me this year was how easily all of the artists adapted to, and became part of the community. I know there was some initial questions from the artists, as to why they were here and how were they going to be received in rural Africa. On the first day we brought together the heads of the 14 villages to meet the artists, so that they could give their blessing for this years WOW to take place. One of the chiefs said it best – ‘Don’t be in two minds. You are welcome in our villages’. By the end of the project there was a real sense of community built between the artists and the villagers, with friendships created and barriers broken down so that everyone was on the same level. 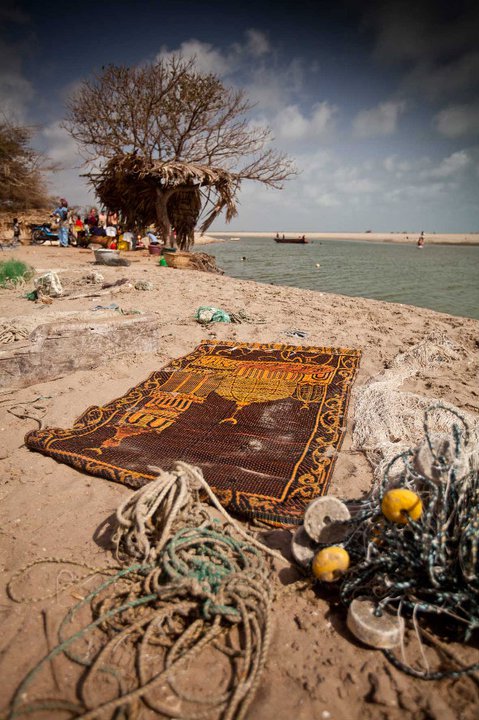 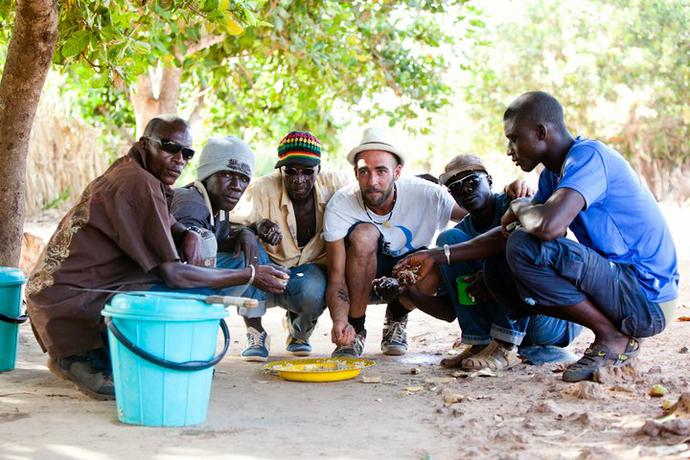 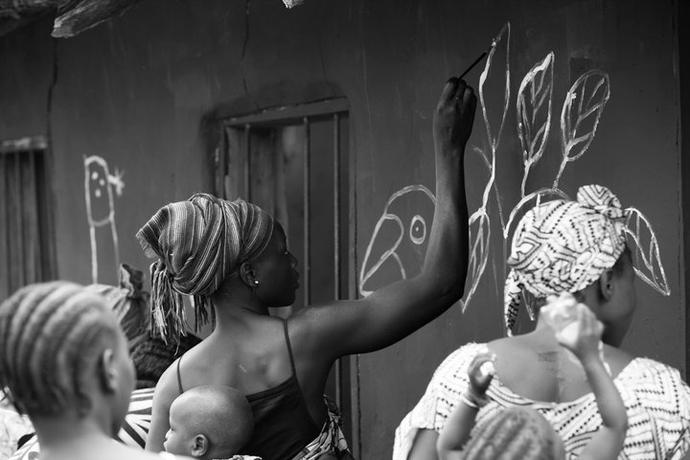 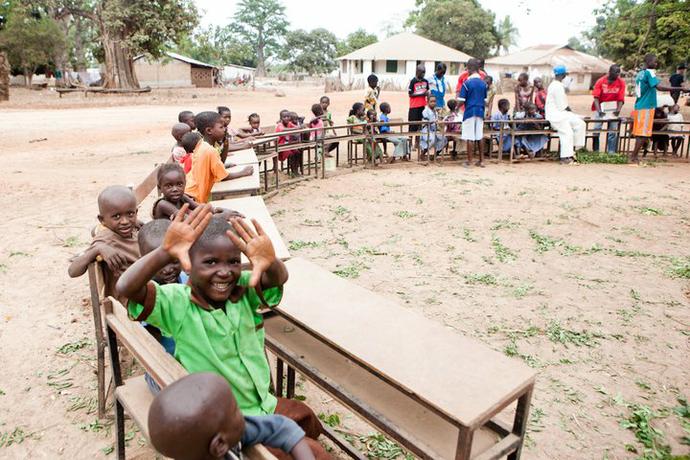 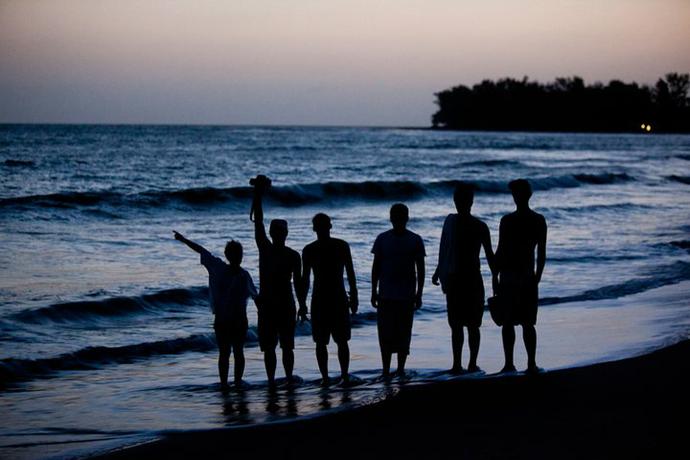